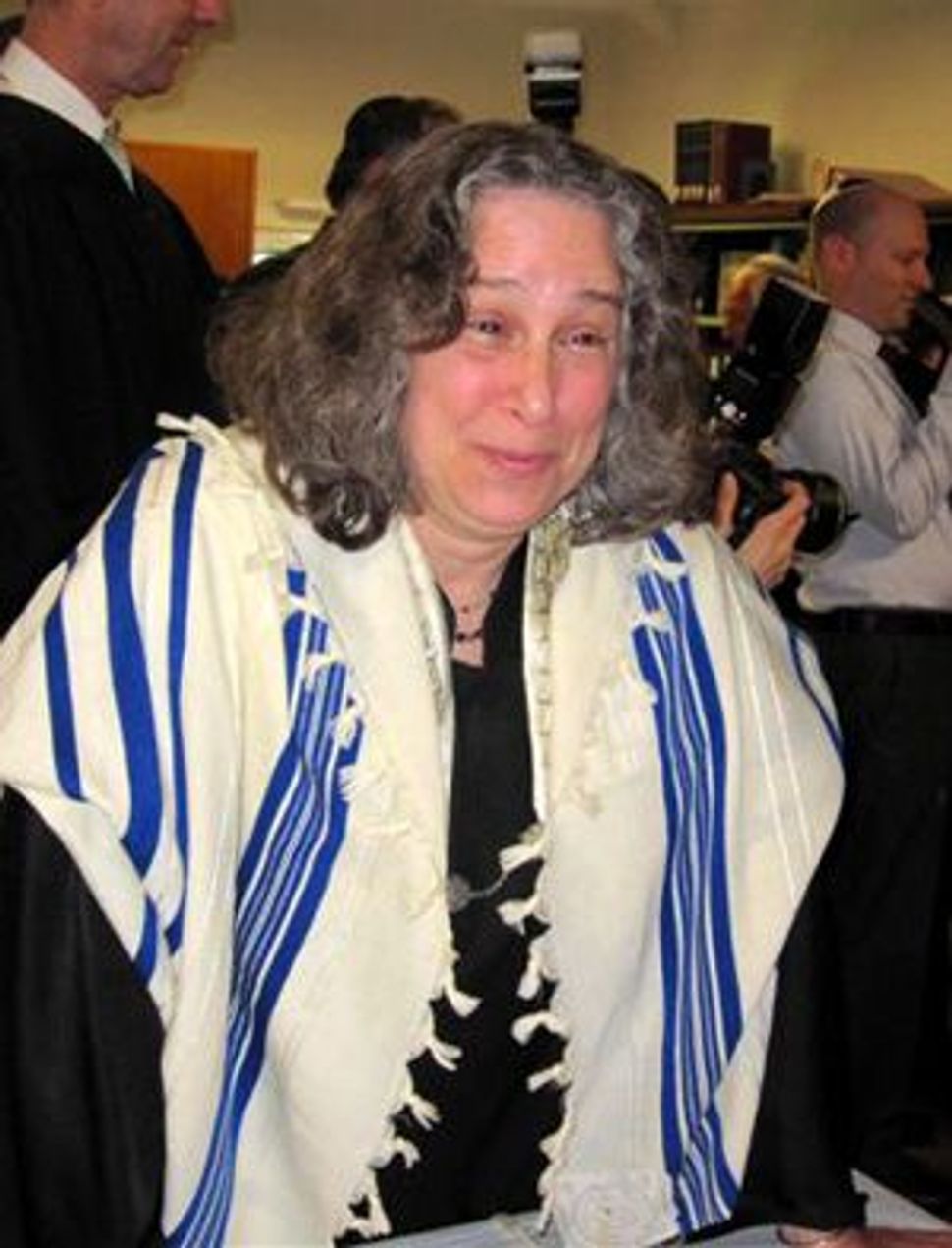 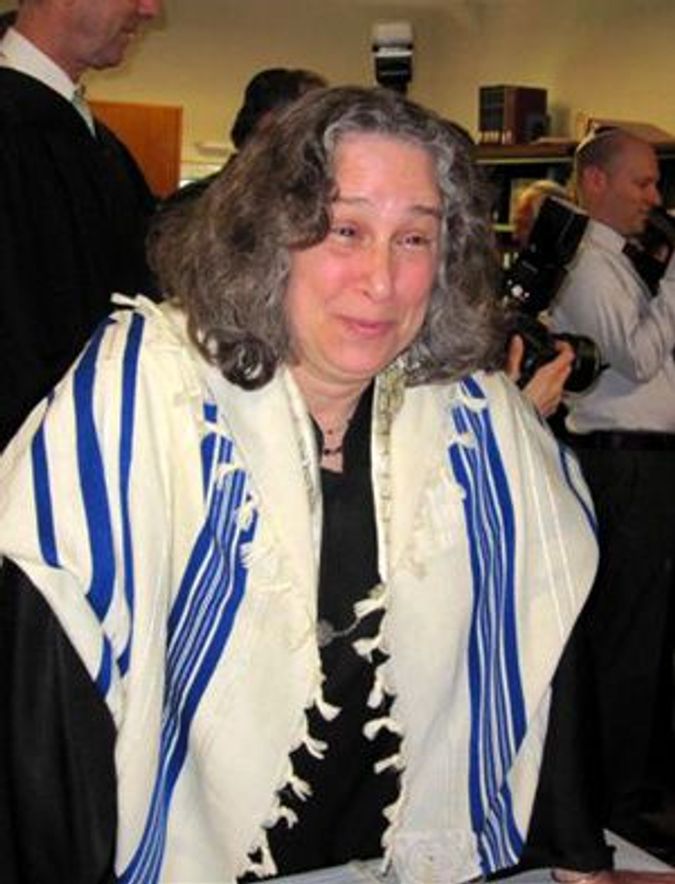 Thal heads the Reform movement’s Joint Commission on Rabbinic Placement. His advice reflected the failure of an unprecedented number of graduates of the rabbinic class of 2009 to find pulpits. In the wake of the financial crisis of 2008 and the resulting decline in synagogue dues and donations, senior rabbis postponed retirement, junior positions were eliminated, and cutbacks at the umbrella group Union for Reform Judaism sent many older Reform rabbis looking for work just as the class of 2009 was graduating.

Thal’s warning “helped prepare us mentally for the fact we might not get a job through the placement system,” said Rabbi Melissa Zalkin Stollman, a member of the HUC-JIR class of 2010 who recently began working as development manager for CLAL—The National Jewish Center for Learning and Leadership. “It helped us think more creatively.”

In the end, only 25 of HUC-JIR’s 44 graduating rabbis sought pulpits, but all of those were placed in positions, Thal said.

Even so, HUC-JIR sent more new rabbis into congregations than any other seminary this year has managed to do.

Nevertheless, in percentage terms, the Conservative movement’s Jewish Theological Seminary of America sent a greater than usual proportion of its newly ordained rabbis into pulpit jobs: 14 out of 19. And administrators there attribute this to the same austere economic climate.

Rabbi Daniel Nevins, dean of the JTS’s rabbinical school, explained that “there were fewer entry-level opportunities in Jewish education, campus work and camping this year.” But the downturn, it seems, has not affected openings with Conservative congregations as hard.

Hardest hit by the diminished job market were those graduates unwilling to relocate, and those embarking on the rabbinate in midlife as a second career.

Two such JTS graduates have not yet found work, according to classmates.

At two of the smaller seminaries, those issues have had a disproportionate impact on the small graduating classes.

Most students at the Academy for Jewish Religion, a nondenominational seminary located in the Riverdale section of the Bronx, are entering the rabbinate as a second career.

“There are very, very few pulpit positions,” said Molly Karp, one of the eight rabbis ordained this year by AJR. Four of her colleagues have found pulpit positions. Karp considers herself fortunate to have found a three-quarters-time position running the religious school of New Rochelle, N.Y.’s Temple Israel.

Philadelphia’s Reconstructionist Rabbinical College graduated eight rabbis. Four were in pulpit positions, two were hired by Hillel and two others were exploring job options in cities where their partners have jobs.

“So far we have had a 100% success rate in placing graduates,” said Rabbi Sharon Cohen-Anisfeld, dean of the Hebrew College’s Rabbinical School, which this year ordained its third class. Nine of this year’s 13 graduates have taken positions in pulpits. As a nondenominational seminary, the Boston-based Hebrew College, like AJR, doesn’t have a large network of congregations depending on it for new rabbis. Nonetheless, five Conservative and one Reform congregation hired Hebrew College graduates this year.

At Yeshivat Chovevei Torah, the liberal-leaning “Open Orthodox” rabbinical seminary, four of this year’s nine graduates are headed to pulpits. That might not seem like a lot. But given the criticism YCT has received for not being sufficiently Orthodox, administrators are citing the hiring of these rabbis as proof of a demand for YCT-trained spiritual leaders among Orthodox congregations.

Four earlier YCT graduates were also placed in Orthodox synagogues this past spring.

These eight placements may be compared to the 25 Orthodox rabbis that Yeshiva University expects to place in pulpits by the end of this cycle. Of these, 11 are newly ordained, said Rabbi Ronald Schwarzberg, director of Jewish career development and placement at Yeshiva University’s Rabbi Isaac Elchanan Theological Seminary. Only 17 of the rabbinic class of 52 chose the pulpit track. More than elsewhere, Y.U. rabbis enter education and some enter the ordination program for religious study with no intention of embarking upon a rabbinic career.

“There’s a hunkering down right now that makes placement very difficult,” Schwarzberg said. “Just like the banks are frozen, the rabbinic market is frozen, too.”

For some Y.U. students, this translates to some staying on at the seminary for more Talmud study or going for an additional graduate degree.

“The students in the pulpit track are very devoted to being a rabbi, so they’re trying to do something that will enhance their résumé. They’re going for a degree in counseling, or even taking on additional internships,” Schwarzberg said.

“Where the economy has really created havoc is in the middle of the rabbinic trajectory,” he said, referring to rabbis in midcareer. For these clerics, “there are [fewer] positions available,” Artson said.

To help, American Jewish University, which offers a Master’s of Business Administration degree in not-for-profit management, will begin offering a management certificate program targeting midcareer rabbis. Designed for working professionals, the program will primarily take place through distance learning. The business training, Artson said, “will enhance their ability to contribute to congregational life — and to get good jobs.”

An earlier version of this story incorrectly reported the job status of the eight graduates of the Reconstructionist Rabbinical College.