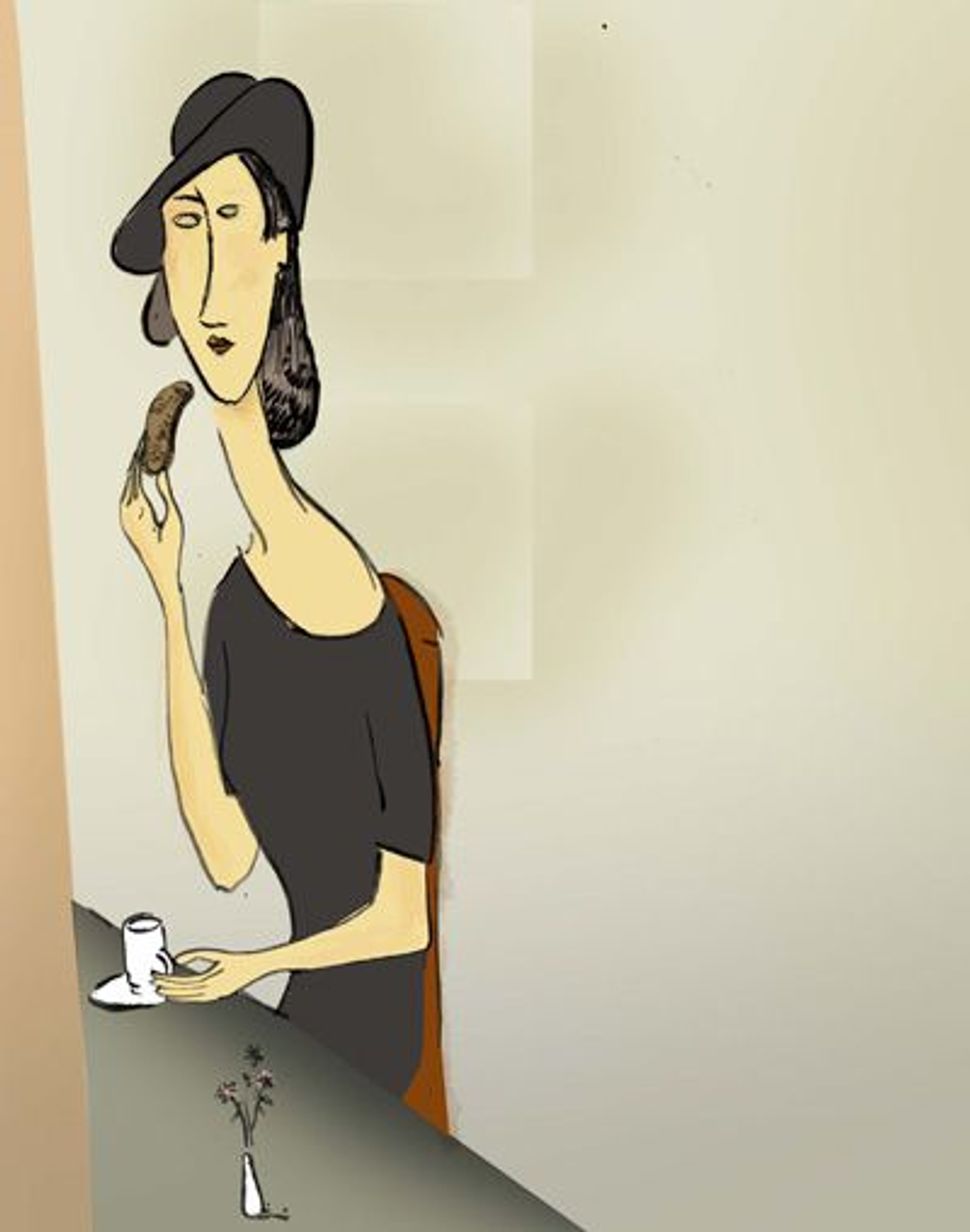 Mandel bread makes most Jews — or roughly 0.2% of the world’s population — swoon. Biscotti make everyone who has ever entered a Starbucks swoon, or roughly 53% of the world’s population. These are guesstimates, of course, done on the back of an espresso-stained napkin. But my point (unlike a biscuit dipped too long in a latte) still holds: Biscotti are the world’s coolest cookies, the supermodels of sweets: tall, thin, Italian, expensive. If they were shoes, they’d be Manolo Blahniks. 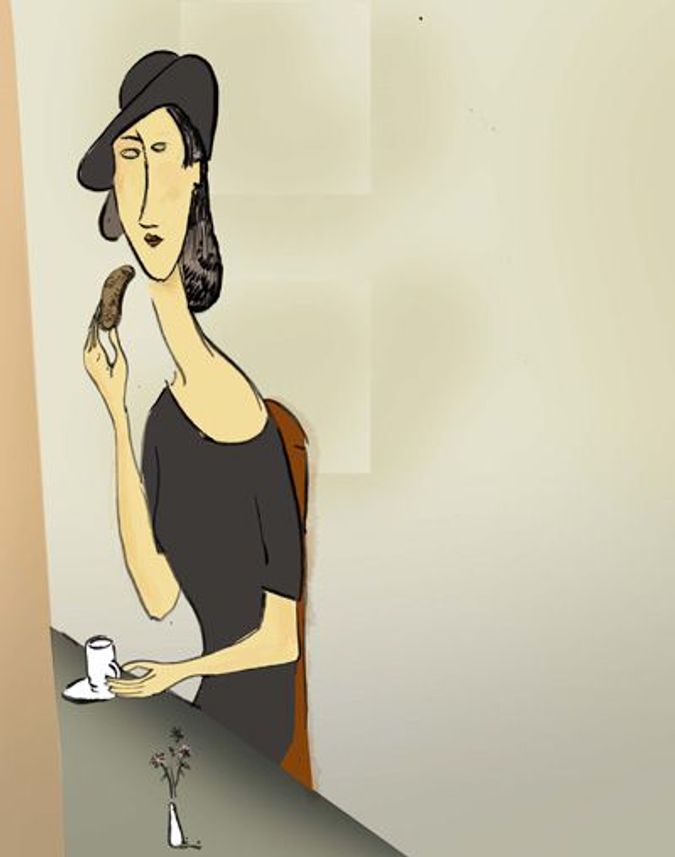 Mandel bread is something your grandma brings over in a tin lined with paper towels, and then she takes the tin home again. Often this tin has a picture of a sleigh ride on it, and once in a while, an actual Santa. (She got it at a rummage sale.) If mandel bread were shoes, I’m not sure I’d notice any difference in the taste.

So am I a self-hating Jew if I reject the iconic Ashkenazi cookie of the Old World, the best friend a glazele tay (glass of tea) ever had, while I delight in every tooth-cracking, overpriced bite of biscotti, considering the two treats are almost the same thing?

That’s putting something of a damper on the biscotti mystique, but she does have a point: Oftentimes, mandel bread is a little softer than biscotti because biscotti usually contain less fat (if any), and they are always twice baked. In fact, that’s what the word ‘biscotti’ means: bis = twice, and cotti = cooked. Some folks bake mandel bread twice, but it’s not a deal breaker. Plenty of mandel bread is served sort of mealy textured, soft enough to not require a dunking in coffee or in wine. (And seriously, can you imagine dunking a cookie in wine? It’s so not Jewish — like putting ketchup on latkes.)

I did a little search to find some other anti-mandel bread brethren, but we aren’t legion. Stacey Miller, a book publicist in Randolph, Mass., is one of the few. “My mother always found it simpler to make mandel bread than to butter toast,” Miller recalled. “She baked so many loaves of mandel bread with so little excuse, I’m surprised anyone in my family will still eat mandel bread.” But of course, they do. They love it.

Not Miller, who nonetheless inherited some kind of cooking gene, because she went on to write a baking book of her own, “101 Recipes for Microwave Mug Cakes” (Smashwords, 2009). Yes, we’re talking individual cakes you can make in the microwave, usually using a base of pudding mix and Pam. I’m not positive that’s a vast improvement on mandel bread. (But my kids are very psyched for nearly instant chocolate cake.)

Meanwhile, Ellen Pober Rittberg, a Long Island grandmother, also reached out to confirm clandestine biscotti affection. “[Biscotti] means I have arrived and assimilated,” she said. Ducking into a cafe for a latte and a hard Italian cookie makes Rittberg feel “as if I belong… to what, I am not quite certain.”

It’s cafe culture, Ellen! It’s elite and exciting! I was feeling anti-mandel solidarity with her when she forwarded me an essay she wrote about her mother’s mandel bread: “Over the years, my mother’s name became synonymous with mandel bread,” it began.

Apparently, her mom made mandel bread for every occasion — from a brit milah to a bar mitzvah and beyond. “When I changed jobs a few years back, my co-workers were saddened, not because of my departure,” Rittberg wrote, but because of the departure of her mom’s mandel bread with her.

Eventually, Mom moved to an assisted-living facility, but she baked in the communal kitchen — always a quadruple batch, so there’d be plenty to share.

And then, one day, her mom didn’t want to bake anymore. In retrospect, Rittberg wrote, that announcement “was telling us more than any medical test ever could.”

After her mother’s passing, she tried to bake mandel bread and forgot to sprinkle on the sugar and cinnamon. The sweetness was gone. But as the months went by and a bar mitzvah loomed, she tried again — and got it right. As if you-know-who were guiding from above.

And maybe that’s the real pull of mandel bread: It isn’t hip or cool or sold in a single-serving sliver. It’s a little heavy and a little sweet — just like life. (And, often enough, bubbe.) And if it’s lumpy or even leaden, it still has the ability to lift people off the planet and fly them to a place of almonds and honey.

Hmm. Maybe it’s time I give mandel bread another chance. But I’m going to dunk it in Starbucks, not tea.