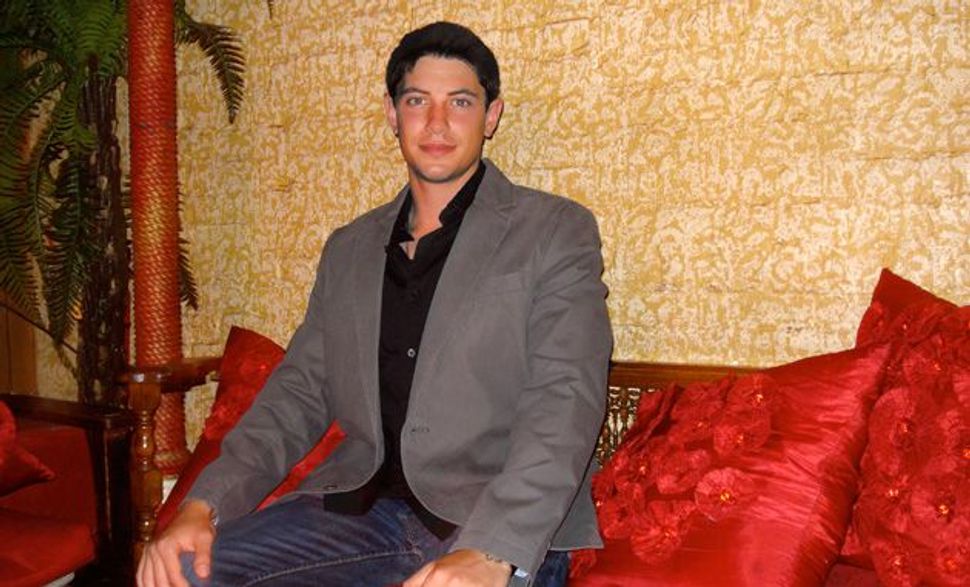 Aaron Ellner doesn’t look like your typical yente. When he showed up at a trendy hookah bar in Manhattan’s East Village on a recent June evening, the 24-year-old Woodmere, N.Y., native was wearing fashionably stressed jeans, a blazer and an easy smile.

But then Ellner, who calls himself the Dating Wingman, is not your grandma’s matchmaker. He combines the tradition of bringing together young Jewish professionals with the newer dating trend of being accompanied by a wingman — a close buddy that helps make a suitor look better to potential mates.

Through his company, The Dating Wingman, he offers phone and in-person consultations to dole out relationship advice to the lovelorn, and he holds singles events at bars in New York City about once a month. The most recent, on June 24, was geared toward people ages 21 to 31 hoping to meet that special someone.

Ellner, who is Modern Orthodox, said he first realized he had a gift for matchmaking when he was a freshman in high school, at the Hebrew Academy of the Five Towns & Rockaway, in Lawrence, N.Y. At the time, he had a girlfriend — one with whom he would remain, on and off, for the next 10 years — and tried to set up his single pals with other girls.

“It was… a challenge to help friends pick up members of the opposite sex,” he said. “The fact that I could help boost confidence at such an early age, it was really rewarding.”

It was not until this past March, however, that he decided to hang out his shingle as a matchmaker. His first event attracted about 80 people. “That’s when I realized, this is my calling,” he said.

Among all the matchmakers in New York, Ellner is noteworthy for his age as well as for his gender. It does not go unnoticed by his clients that he is a younger man in a profession famously dominated by women.

“A lot of times, people say I’m like Hitch,” he said, referring to a character played by Will Smith in a 2005 movie of the same name, about a suave matchmaker. “I just like being able to help people in a situation where they sometimes get really frustrated because they don’t realize why something isn’t working.”

Ellner said he also felt that being raised in a Jewish environment put him in a unique position to help those of a more observant bent. Although most of his clients are Jewish, he says he is open to helping people of all backgrounds.

But matchmaking isn’t his day job just yet. Ellner graduated from Queens College in 2008, and went on to get his master’s degree in education. When he’s not playing Cupid, he’s working as a substitute teacher at elementary schools on Long Island.

Before helping someone, Ellner likes to meet the client in person. He says he can get a good sense of someone “in under a minute,” and those impressions aid him in helping that client.

Rates range from $60 an hour for a private consultation to $100 an hour to come to an event and provide his services, though he will lower that to $60 if the event is for charity. Singles bar events in New York cost around $30 to $40 per person.

No two clients want help with the same thing, he said. On one private consultation, he might advise a man on where to meet more appropriate women — attending a charity event, for example, instead of picking up a woman at a club. At his singles nights, he makes it a point to speak with each person, and tries to introduce individuals he feels might hit it off: for example, if they live in the same neighborhood or have expressed interest in the same band. The personal touch is what sets him apart from other dating services, he said.

“The fact that I’m there to help make things go smoother; it can make people feel more comfortable,” he said. “If they slip up or get nervous, I [can] fill in gaps or bring up something positive about the person.

“People are tired of meeting the wrong kind of people in the wrong places. I think people identify with me because I am younger, and because I am going through the same things as them.”

That was true for at least one recently satisfied customer.

“He’s close in age to me, which I like, and so it’s different than other matchmakers,” said Marlee Katz, a Queens College student who lives in Lawrence, N.Y.

Katz, 21, said she heard about Ellner and his services through some mutual friends. She decided to give the Dating Wingman a shot after a nasty breakup.

“I was dating someone for several months, and he broke up with me,” she remembered. “I was devastated. That’s when I reached out to Aaron and asked what I needed to do to have it go better next time.”

At the end of June, when she was going to meet a guy she was interested in at a hockey game he was playing in, she sent Ellner a message indicating that she wanted help pursuing the guy. Ellner and Katz had a phone consultation several days later.

“I didn’t know how exactly to approach this guy without being seen as desperate or something,” Katz said. “Aaron gave me good pointers.”

And the date was a success, she said.

“Well, now he does know I exist… and we talked about seeing each other again,” Katz said. “I feel a lot closer to where I wanted to be with him.”

And though he and his girlfriend recently broke up, “I don’t think being single interferes with my work,” Ellner said. “Of course I want to meet someone too, but I don’t want to rush into anything. I try to take my own advice.”

Aliza Appelbaum is a reporter living in New York.