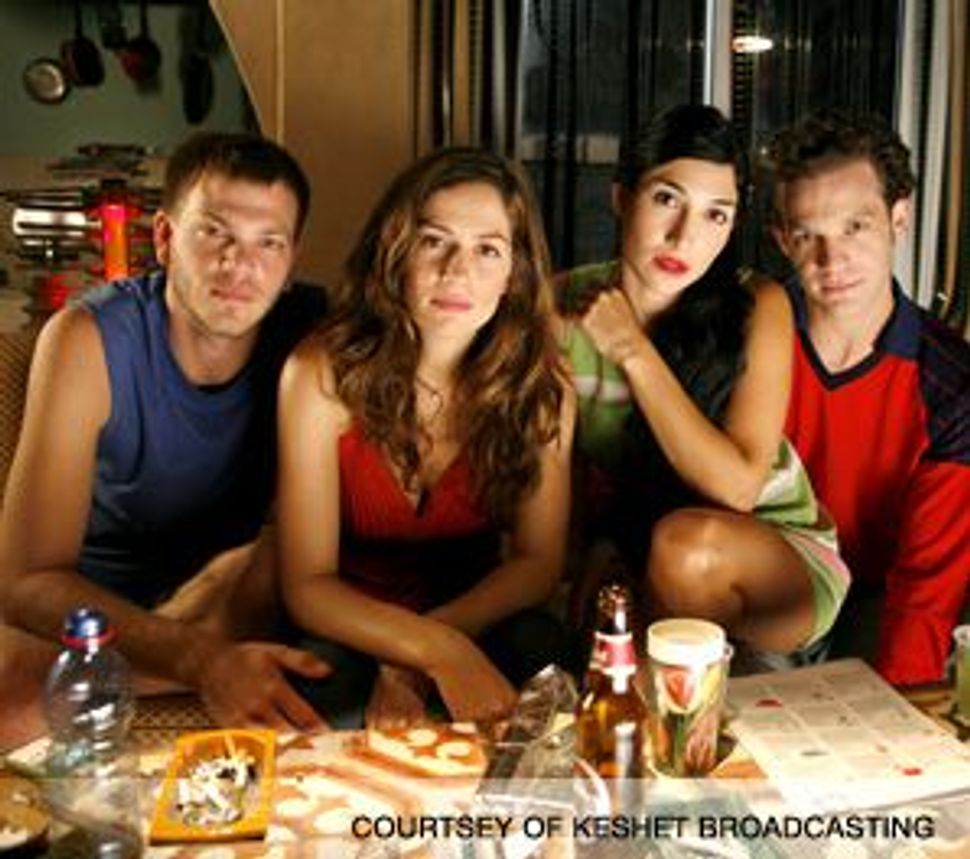 Back to the Future: 'Mythological X,' a show about a girl who revisits her exes after a fortune teller says she's already met her future husband, is one of a growing number of Israeli shows to be picked up by American studios.

Los Angeles – As Hollywood executives roll out the red carpet for television shows imported from overseas, Israel is emerging as an unlikely new starlet. 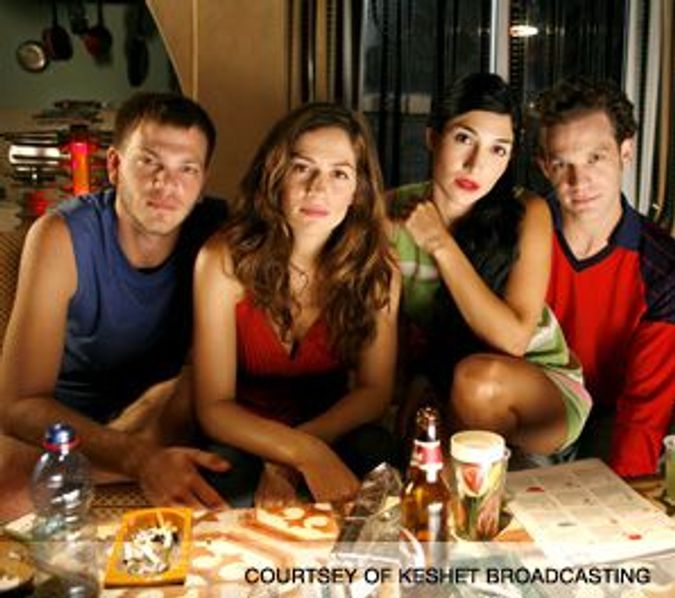 Back to the Future: 'Mythological X,' a show about a girl who revisits her exes after a fortune teller says she's already met her future husband, is one of a growing number of Israeli shows to be picked up by American studios.

In the wake of this season’s new HBO drama, “In Treatment” — the Israeli television hit remade for an American audience — a spate of fresh shows from the Jewish state is now making its way across the Atlantic.

“There is a land rush on Israeli properties right now,” said independent producer David Himmelfarb, who has an exclusive deal with ABC Studios, the television production arm of The Walt Disney Company. “It’s almost like a farm team for Hollywood, is what it’s becoming,” he said, referring to the Israeli television industry.

Network executives, who generally look to trim budgets, are particularly drawn to international shows because they cost less to make. In countries where the vast resources of Hollywood are not available, shows have fewer special effects and rely more heavily on skillful writing. Until recently, Britain had cornered the market on bringing its country’s popular TV fare to an American audience — a phenomenon that has included NBC’s “The Office,” Showtime’s “Queer as Folk” and other programs. But now, as executives cast their net beyond the European continent, Israel is fast rising to the No. 2 spot.

“In Treatment,” which began airing on January 28, offered a unique format: a half-hour, five-day-a-week drama in which a therapist, played by Gabriel Byrne, counsels a different patient each night of the week. Now, representatives for two more Israeli shows are in the process of inking deals: the Romeo and Juliet-inspired “A Touch Away” for HBO, and “Loaded,” centered on four Internet multimillionaires, for Fox. Another Israeli show, “Mythological X,” based on a girl who revisits all her exes after a fortune teller informs her that she’s already met her husband, was just ordered for a pilot by CBS. The Walt Disney Company is interested in two more Israeli series, but Himmelfarb, who brought the shows to Disney, declined to name them, saying it was too early in the negotiations to speak publicly. A reality show from Israel, “Phenomenon,” co-hosted by Uri Geller, began airing on NBC in October 2007.

Interestingly, the two countries have marked differences when it comes to measures of television success. In Israel, if a show garners an audience of more than 800,000 viewers, it’s considered a wild success; in America, 8 million is considered mediocre. So how could such a tiny country so rapidly penetrate the most sought-after television market in the world? According to producers and executives on both sides of the ocean, strong writing and creative ingenuity have much to do with it.

“The main thing is that we sometimes take more chances,” said Avi Nir, CEO of the Israeli TV network Keshet Broadcasting. “We are not as systematic as the American studios, and there are advantages to not being so methodical and systematic.”

Himmelfarb noted that in addition to their top-notch writing, Israelis live in an increasingly Americanized society, allowing for a unique cultural compatibility between the two nations. Many Israelis, he noted, are raised on a diet of American film and now, with the advent of commercial television there over the past decade, American TV shows.

In the case of “Betipul,” though, the crossover victory is credited, in large part, to actress Noa Tishby. An A-list star in Israel whose credits include the hit show “Ramat Aviv Gimmel,” Tishby jump-started the Israeli television phenomenon in 2006, just after she signed with talent manager Stephen Levinson, executive producer of HBO’s runaway hit “Entourage.” At the onset of their professional relationship, Tishby told Levinson and his team at Leverage Management that she wanted to produce. A couple of weeks later, while visiting Israel for her niece’s bat mitzvah, Tishby had what she called her “Aha” moment.

“When I came to Israel, ‘Betipul’ was the talk of the country,” she said. “I remember driving in the back of my car, and I thought, ‘This is the perfect product for HBO.’”

But at first, Tishby faced an uphill battle convincing American executives to give the show a chance. “When I first came to America with ‘In Treatment’ two years ago, people weren’t willing to listen,” she said. “The possibility of bringing drama from Israel to America never existed before.”

But Tishby said that once she persuaded them to actually sit down and watch the Israeli show, there was little convincing she needed to do. Levinson signed on as an executive producer and a new American show was born. Tishby, who is a co-executive producer of “In Treatment,” said that she quickly got an onslaught of calls from hungry producers and executives looking for her next best idea from her home country. At that point, she said, she saw that she’d have to act fast to bring new material to American shores, because everyone would be looking. Tishby soon became involved in bringing “A Touch Away” to Tinseltown, and she has more in the pipeline. She is currently working with Israeli writers to develop two new shows directly for the American market.

Looking back, Tishby said that when the calls starting pouring in after her success with “In Treatment,” she knew she’d opened the floodgates.