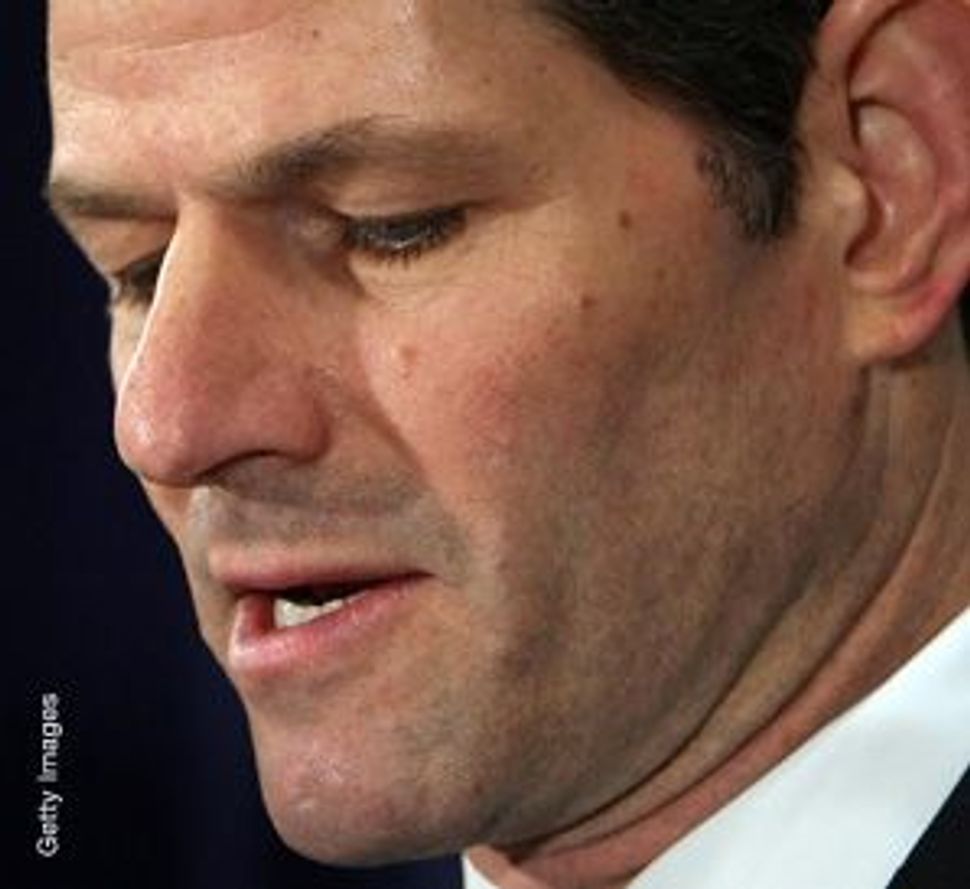 In the last statewide public opinion poll taken before news broke of Eliot Spitzer’s involvement in a high-priced prostitution ring, the New York governor’s approval rating was below 50% for every major demographic group, except one: his fellow Jews. 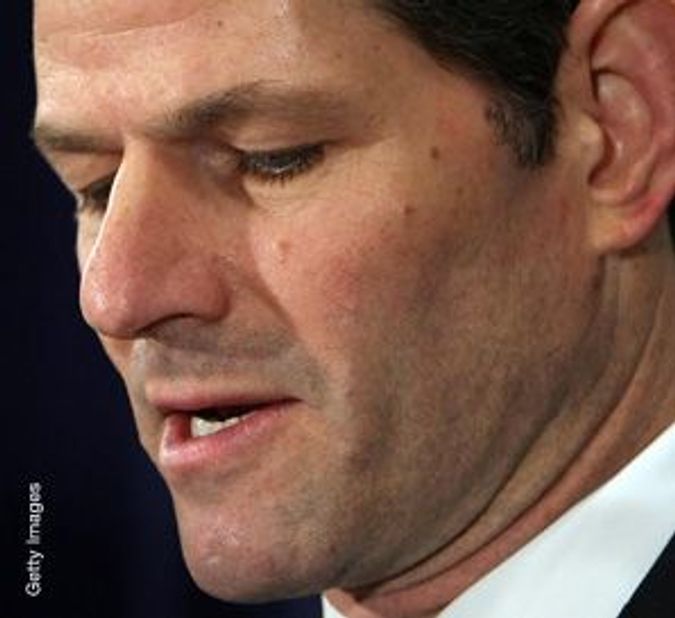 For much of his career, Spitzer was a source of great pride to Jews, with some supporters referring to him as having the potential to become the first Jewish president. In the blogosphere, that closeness was portrayed as simple ethnic pride; when the scandal broke, the Web site Gawker proclaimed it a “Shanda fur die Goyim.”

And yet, while Spitzer may have been of the Jews, in many ways he did not come across as particularly Jewish. He never projected the folksy charm of Joe Lieberman, not to mention the Connecticut senator’s religious observance. Nor did the former governor seem as comfortable among Jews as New York Mayor Michael Bloomberg — who, like Spitzer, moves in well-heeled circles and is not religiously observant. Even Mario Cuomo, the long-serving Italian American governor of New York, projected an ethnic credibility that was almost more overtly Jewish than Spitzer’s persona.

“He was more WASP than he was Jew,” said Hank Sheinkopf, a Democratic political consultant who worked on several of Spitzer’s campaigns. “He was much more comfortable in Princeton than in an Orthodox synagogue.”

So why, then, was he embraced as a favorite Jewish son? According to some observers, the hopes invested by Jews in Spitzer, and the corresponding heartbreak over his fall, point to a far deeper and more complicated bond than simple ethnic solidarity. Spitzer was caught by the push and pull of two strains of Jewish politics. On the one hand, he seemed uncomfortable with the clannishness of retail Jewish politicking and appears not to have felt a part of that clan at all. But he also embodied the streak of reform-minded liberalism that has been the backbone of Jewish politics for more than a century. Despite his privileged background, he kept an outsider’s zeal for purging corruption from the political system. Though some Jews were alienated by his refusal to offer them special attention, far more were attracted by that same rectitude. Spitzer’s high-mindedness held the loyalty of Jewish voters even when the rest of his support had abandoned him.

To speak of Spitzer’s “Jewishness” is to wade into murky territory. On the one hand, Spitzer’s background presents all the familiar signifiers of a traditional Jewish family. His father, Bernard, grew up in a tenement on Manhattan’s Lower East Side; he met his wife, Anne, in the Catskills and graduated from City College. Then Bernard went into real estate, where he made a fortune, and Anne became a teacher.

But their children were raised in a different world. The New York Times reported that Spitzer did not have a religiously observant upbringing, nor did he have a bar mitzvah. He attended the tony Horace Mann School, and from there went on to Princeton and then to Harvard Law School. After he married, he and his non-Jewish wife, Silda Wall, raised their family in a Fifth Avenue apartment owned by Spitzer’s parents.

On one of the few occassions that Spitzer did speak about his Jewishness, he connected his values to his upbringing — but underscored the difference between his parents and himself. “I would say that my values are very much a product of a household in which both parents who raised me were more observant than I have been,” he told the Jewish Week in 1998, shortly after he was first elected attorney general.

Perhaps as a result of this distinction, Spitzer sometimes seemed to approach Jewish issues almost as an outsider, fascinated by the clannish concerns of other Jews. William Rapfogel, executive director of the Metropolitan Council on Jewish Poverty and a member of Spitzer’s transition team, said that before traveling to Israel, Spitzer questioned him about the Jewish connection to the Jewish state.

“He was interested in how the Jewish community related so intensely. It was not a part of his upbringing,” Rapfogel said. “There was a real, genuine curiosity.”

But there was also an uneasiness. During Spitzer’s time as attorney general, investigations by his office of prominent Jewish organizations, as the Forward has reported, were suffused with complications. One Orthodox organization was let off the hook without a binding settlement, despite clear indications of problems; however, the investigation of an international Jewish body resulted in a harshly critical final report that forced one of its officers to be removed from power. Both incidents elicited comment from observers, with some speculating that he was too tough on the Jews — and others saying that he was not tough enough.

That uncertain relationship between Spitzer and his Jewishness made it difficult for some to pin down precisely how he was Jewish at all.

“He couldn’t run away from being a Jew — his name was Eliot Spitzer,” Assemblyman Dov Hikind told the Forward. “That might’ve been the most Jewish thing about him.”

But to his Jewish supporters, Spitzer’s brand of Jewishness lay not in a narrow identification but in the universal values he espoused. It was the collapse of those values that made the final heartbreak so painful.