The Heart Vs. the Mind 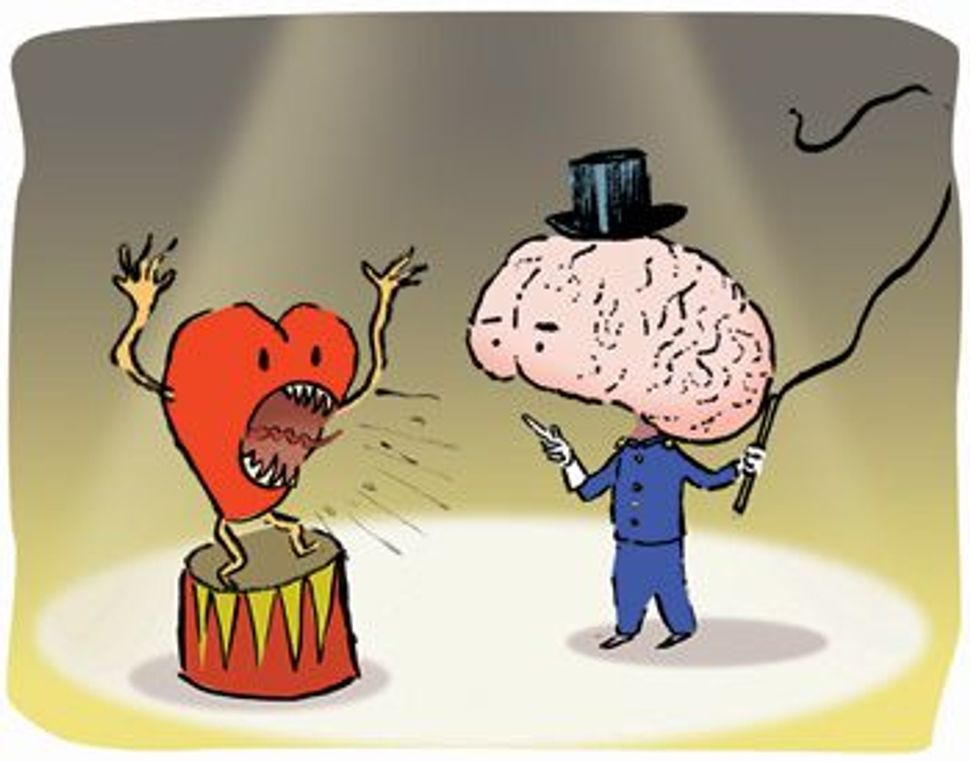 My daughter, Orli, has reached the ripe old age of 18 months. She’s sure on her feet now: She runs, she hops, she climbs, she twirls. She can be the sweetest child that you’ve ever met, especially if she greets you at the door with arms and mouth wide open for an embrace and a shriek of joy. When music comes on, she moves immediately, raises her hands in the air, throws back her head and laughs. She’s coy and savvy; she’s silly and vivacious. 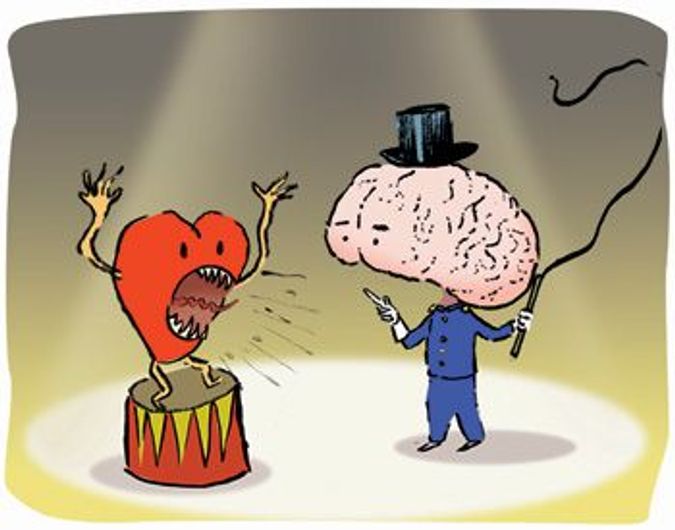 And then there’s the hard part.

The other day, Orli’s baby sitter came back from playgroup looking serious. Orli had pulled a kid’s hair, she said. Hard. And, tried to bite him. I couldn’t quite believe it. Then I observed it myself — first at a play date with a friend from Orli’s “Itsy Bitsy Yoga” (yes, we go to yoga — you should see Orli’s Downward-Facing Dog): a yummy, fantastically friendly little girl named Ellis who conveniently lives just four blocks away. Ellis bopped Orli on the head with a wooden ball, and Orli, retaliating, pulled Ellis’s hair. Hard. A few days later we were invited to another kid’s house to play. Again, hair-pulling. Argh.

I took Orli aside and told her we don’t do that. We don’t hit. We don’t bite. We don’t pull hair. She scrunched up her nose, twisted away and ran off toward the kid’s head.

“We have to leave,” I said. I was mortified, despite myself, and despite the protests from the others. “You don’t mind if we discipline her?” one parent asked, after chastising my totally deserving kid.

Not at all. But do I feel like I’m doing something wrong? Yes.

Are we all in need of some discipline? Does structure make us more whole?

In the same passage of proverbs that gives us lovely phrases*, darchei noam* “… and all its pathways are peace; it is a tree of life to those who hold fast to it…” we also find, “God admonishes the one he loves, and like a father, he mollifies the child.” (Proverbs 3:12).

But what if mollifying is hard to come by? Did I mention the tantrums? The I-don’t-want-to-change-my-diaper hysterics, where she buckles her knees, cries like the end of the world has come and drags you to the ground? Or when she doesn’t want to get back in her stroller, and kicks and screams and bellows, and the rest of the library looks at me like I’m the worst mother ever?

The crazy thing of it all is how fast it blows over. Blink, and she’s back to the giggler, the girl who’ll run to give you a book, who shares her nectarine with you — her blueberries if you ask really, really nicely.

My father suggested I say “no” more often. Yet, I seem to be saying nothing but “No!”

The pediatrician said that 18-month-olds — that magical chai! — have no sense of judgment. She has no sense of consequence. She is, to borrow from Freud, all id, all impulse, all want, all need.

This we discovered the other day, when, my back turned for what couldn’t have been more than 15 seconds, my daughter managed to snag an unopened bottle of wine, smash it against a chair, and fill the dining room with glass and alcohol. She was stunned, fortunately, by her own power, so I had the three seconds I needed to dash in and pluck her up, still holding the neck of the smashed wine bottle, before she cut herself.

So what to do? How do I not become hysterical myself in the face of Orli’s histrionics?

Rabbi Aron Moss, who teaches Kabbalah and Talmud in Sydney, Australia, has a nice essay on the website chabad.org about handling tantrums and discipline in those too young for discipline.

“The Kabbalah teaches that there is a parent/child relationship going on within every one of us. In that relationship, intellect is the parent, and emotion is the child,” he writes. “Emotions,” Moss continues, are “like children… wild and untamed, impulsive and erratic. Emotions know no boundaries…. This is because our heart is full of vitality and energy, but lacks one important skill: It has no direction…. A cool and clear-thinking mind can calmly direct the heart to feel the right emotion at the right time, when to love and when to fear, when to get excited and when to hold back. The same holds true for being parents to our children. A child is a bundle of emotion, spontaneous and moody, passionate and irrational. This is what makes children so lovable and so impossible. They have not yet developed the ability for mind to direct heart. And so, the parent must stand in and play the role of the mind for the child, to help them tell right from wrong, to guide them to channel and control their emotions.”

In other words, with no innate rationality (yet!), we must overcome our own impulsiveness and meet Orli’s impulses with calm, measured direction. It’s so hard not to join her in her anger sometimes, so hard not to be overwhelmed by it.

The Heart Vs. the Mind