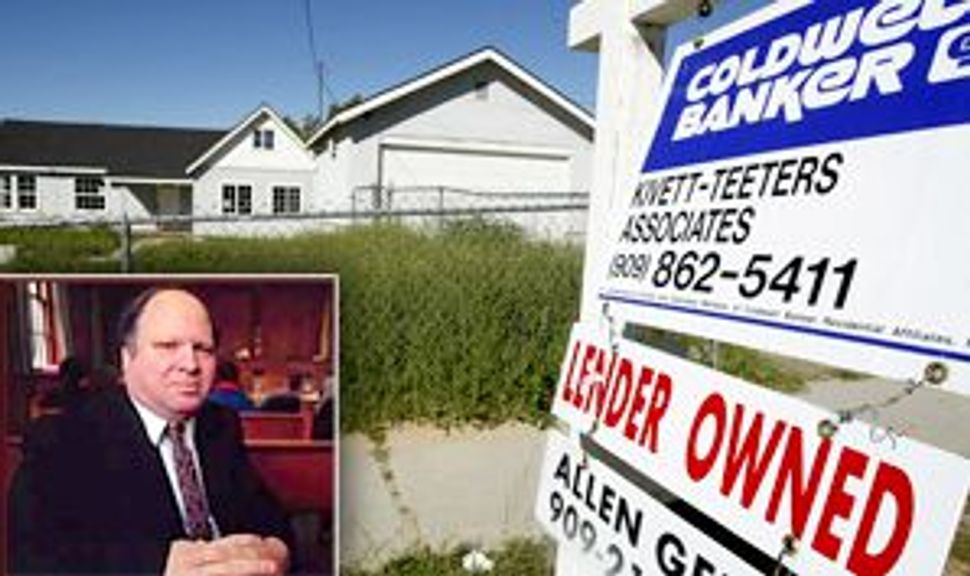 End of the Road: Home foreclosures have been spreading, leading David Grossack, inset, to take his client?s case to a rabbinical court.

With the national mortgage crisis growing worse by the day, a Boston lawyer is looking to alleviate matters by appealing to Jewish law. 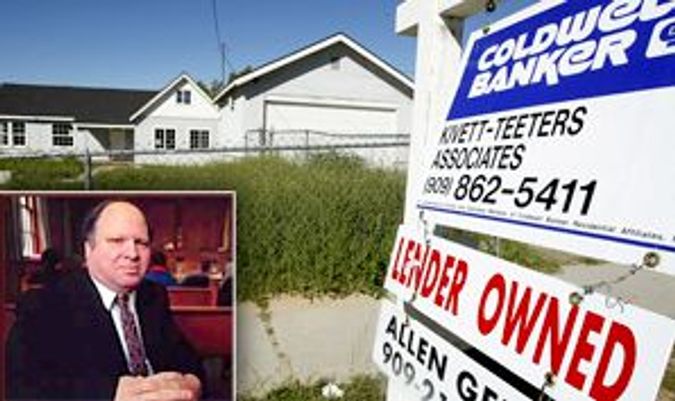 End of the Road: Home foreclosures have been spreading, leading David Grossack, inset, to take his client?s case to a rabbinical court.

David Grossack, an attorney representing an elderly couple whose home is being foreclosed on, argued in a letter to a Boston rabbinical court, or beit din, that his opposing counsel, Jewish lawyers who represent the Federal National Mortgage Association, have defied Jewish law and therefore should be excommunicated. To be specific, Grossack is seeks for them to be put in what’s known as cherem, or full exclusion from the Jewish community. This legal feature in Halacha, or Jewish law, was famously applied to philosopher Baruch Spinoza in the 17th century but has been used very rarely in modern times.

“I want to shame them,” Grossack said of attorneys Mark Harmon and Jason Greenberg. “They’re not doing anything illegal. But it’s not halachically correct, and it’s not helping the Jewish community.”

Grossack, who is not affiliated with any congregation, describes himself as “self-taught.” In his letter to the Rabbinical Court of Justice, Grossack claimed that defending “predatory lending practices” in court is tantamount to “aiding and abetting lending at interest, which we Jews forbid to each other.” Although neither party represented in the case is Jewish, the lawyers on both sides are, and Grossack interprets the talmudic injunction as extending beyond its literal meaning.

Grossack added that he approached Greenberg about taking the case to a rabbinical court. He also said that his threat may have had an effect.

“I told him I intended to go to a beit din,” Grossack said. “A couple days later, he called me up and said he wanted to work it out.”

For now, “working it out” means that the eviction case against Grossack’s clients has been dropped for the moment. They were originally threatened with eviction by the end of March if Grossack lost the case. But Grossack doesn’t plan to drop the case in the rabbinical court. Even if he wins the civil case, he said, the attorneys he is battling “are doing this to people every day.”

Neither Harmon nor Greenberg could be reached for comment. Rabbis at the court, Boston’s primary beit din — which is officiated by Orthodox rabbis but open to claimants from all denominations — have not yet issued a response but are considering the plea.

“We don’t just issue cherems,” Rabbi Abraham Halbfinger, director of the Rabbinical Court, told the Forward. Indeed, Halbfinger said that his court had never issued a writ of excommunication but stressed that it would review the case.

“The only time you can use cherem is when you live in a structured Jewish community, with one recognized Jewish court that has the tacit approval of the people in the community,” Adlerstein said. “In the modern world, cherem can’t be used, because a person can just say to the court, ‘Who are you?’”

Adlerstein was also skeptical of Grossack’s claim that Harmon and Greenberg were acting in defiance of Jewish law in the first place, arguing that it was indeed permissible for a debtor’s assets to be seized according to Halacha. Finally, he argued that “a Jewish lawyer cannot be party to certain actions that directly defy Jewish law, but there are lots of things that Jewish attorneys can do when the litigants involved agree to be governed by secular law. Heartless as it may be, the law is the law.”

For Grossack, all this is somewhat beside the point. In response to the question of whether a writ of excommunication was feasible, Grossack said that he just wanted to “have a statement on record.”

“I feel like I’ve released holy sparks,” he added.