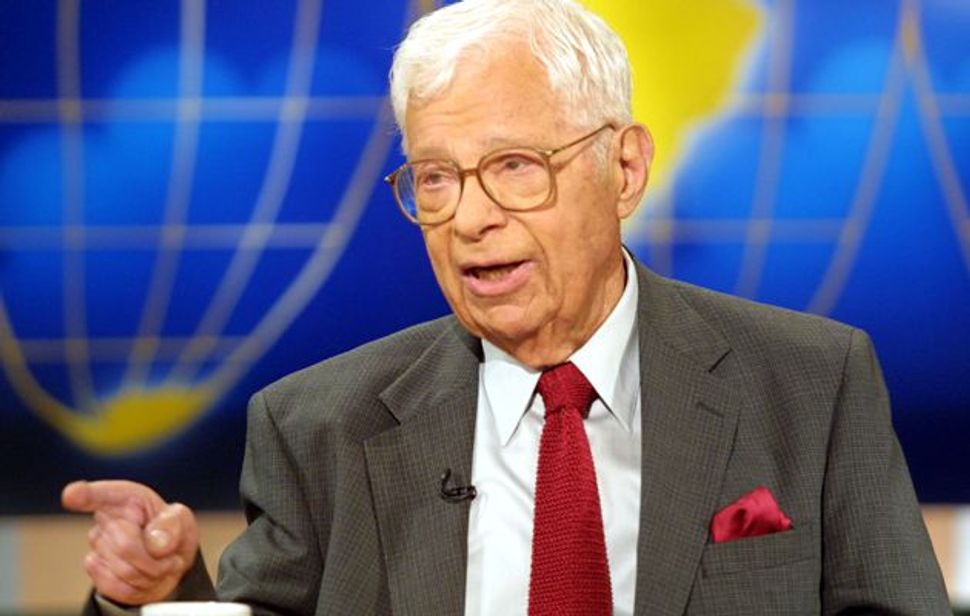 If at the point of a gun someone were forced to divide the army of American journalists into just two battalions, one would be made up of steadfastly dispassionate, if slightly less charismatic, reporters, and the other of ardent crusaders. Daniel Schorr would have lined up with the second battalion.

While he was perfectly adept at unfolding the story clearly and accurately, he had one skin too few for hype and hypocrisy, and went after them with bulldog tenacity. He could not shrug off a routine political fib or a patent unfairness. He had to expose it — holy cows be damned — and his relentlessness got him kicked out of the Soviet Union and earned him a bittersweet spot on Richard Nixon’s enemies list.

And it wasn’t just the powerful people he covered whom he took on, for he could not abide truth twisting or spinelessness by his own bosses, which in a 70-year career lost him high-profile jobs at CBS and CNN. The Nation put it best: Schorr’s unofficial beat was the abuse of power.

Schorr, who died July 23 at the age of 93, sometimes crossed slower colleagues with his aggressive pursuit of a story, or could at times flirt with seeming self-righteous, but he brought home the bacon. His coverage of Watergate won him three Emmys, partly because his natural contrarian bent would not allow him to be obsequious simply because he was dealing with the president of the United States.

When White House counsel John Dean testified before the Senate Watergate Committee about the list of Nixon’s enemies, Schorr was champing at the bit to read it to his viewing public. He had been attuned early on to Nixon’s paranoid streak, and here was the proof: a president who called his opponents “enemies” rather than “rivals.” So there was Schorr, live on television on the steps of the U.S. Capitol, reading off the enemies list and pausing, with a slight gulp, at No. 17 — his own name and the added comment by the list compiler, “a real media enemy.” It was a coup of sorts, but Schorr was shaken.

“I broke into a sweat,” he recalled years later. “The idea of being part of a story I was covering was incredible.”

Schorr indeed made enemies, and more than once was part of the story, but his admirers certainly felt that his enemies were a credit to his fierce integrity. Schorr was not some self-righteous true believer; he earned his indignation, and it was often leavened with a wry humor. Most of all, there was a keen intelligence laced through every television report and, in the last decades of his career, every radio commentary he provided for NPR as its éminence grise.

I would often listen to Schorr while driving to or from a story, and I realized he had a knack for clearly explaining the most complicated muddles, from national health care to Afghanistan, and getting to the heart of the matter in a minimum of words. Even when Schorr was into his 90s, NPR’s Scott Simon would ask him to review the weeks’ headlines, and it was impressive how he could crisply distill so many big stories into what they were really about — behind the clamor and stagecraft.

Schorr grew up in a fatherless immigrant home in the Bronx and attended City College in the years before World War II, around the same time that Irving Howe, Daniel Bell and Nathan Glazer attended. There was something about that college era — the firsthand experience of the Depression, where they saw their parents humiliated by job losses or evictions, the rise of something so heinous as Nazism in an enlightened nation like Germany, the daily dialectics of the CCNY cafeteria alcoves that fermented in that atmosphere — that bred a disproportionate number of talented people who had an urge to remake the world, or at least point out its deep flaws.

Schorr was one of that fresh crop of striving children of immigrants eager to take up openings in law, medicine, journalism and other professions once restricted. The New York Times obituary candidly recalled the story that Schorr told in his memoir about not being hired by that newspaper after months of foreign freelance reporting, because editors in that era feared that one more Jewish byline might jeopardize its coverage of the Middle East.

CBS’s Edward R. Murrow then hired him at a time when intelligence and an actual journalistic background were more important than coiffed Cary Grant looks. He scored a coup for the network with the first sit-down interview with Nikita S. Khrushchev, but his refusal to abide Soviet censors got him barred from re-entering that country. Those City College roots did not allow him to tolerate totalitarianism of any kind, whether of the right or the left.

Stewart Kampel, a retired Times editor who for many years was head of a CCNY alumni association for media professionals that inducted Schorr into its hall of fame, remembers that once Schorr chose to speak at the awards dinner about the role of the First Amendment in undergirding journalistic courage.

“He provided a conscience that was lacking in radio or television,” Kampel told me. “He didn’t accept the fact that people were morally sloppy, just because they would apologize for an error. He held their feet to the fire.”

As he grew older, Schorr may have become more avuncular, less Olympian in his observations, but he never lost the courage to tell it like it was, at least as he saw it.

Joseph Berger is a reporter for The New York Times. Contact him at feedback@forward.com 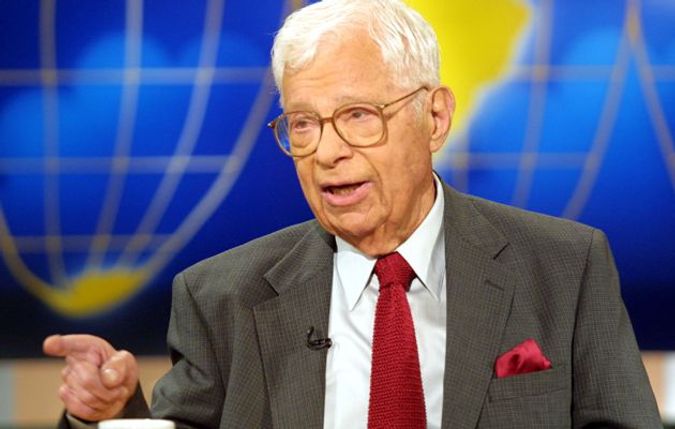