No Progress Yet in Attempt To Mend Rift Over Conversion Bill 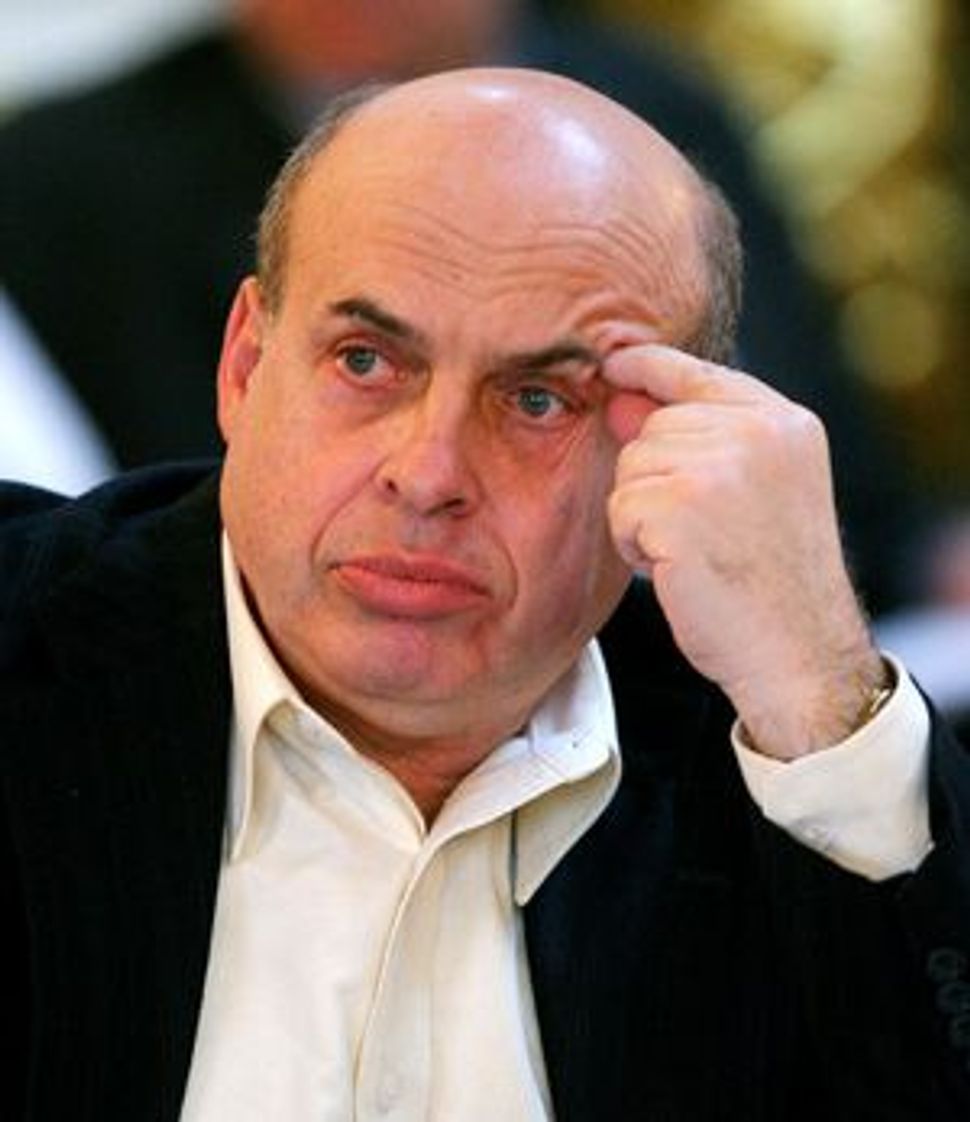 The truce worked out by Prime Minister Benjamin Netanyahu to quell what has become known as “the conversion bill crisis” may be in jeopardy. 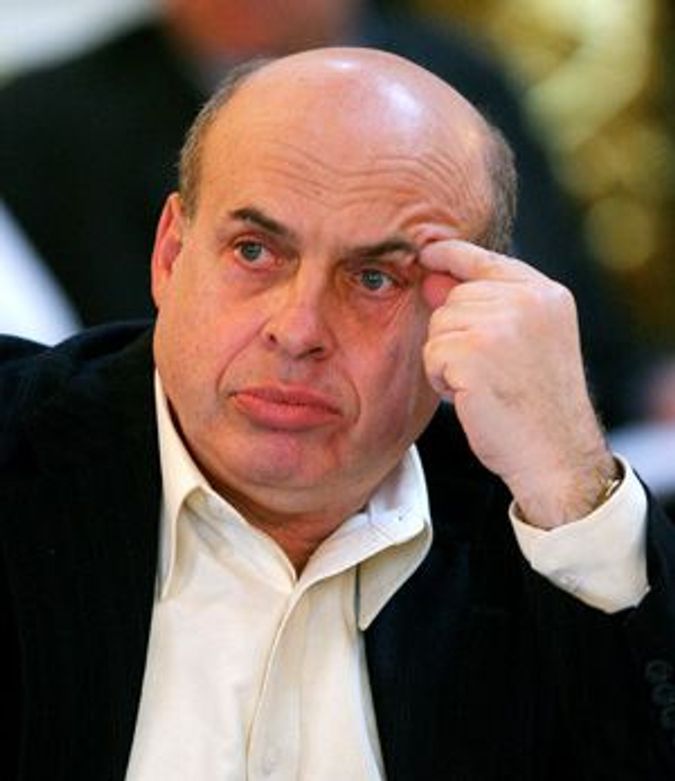 The conversion bill, which seeks to codify laws for conversion in Israel, raised the ire of Diaspora Jewry when it passed through a Knesset committee with an added provision that would give the chief rabbinate — controlled by the ultra-Orthodox — sole legal authority over conversions in Israel. Netanyahu eventually joined the opposition, describing the legislation as tearing apart the Jewish people. His solution to the crisis, presented on July 22, was no less dramatically stated. As Netanyahu put it, what was needed was a proposal that would “preserve the unity of the Jewish people.”

To that end, the prime minister proposed a six-month moratorium, during which Natan Sharansky, chairman of the Jewish Agency for Israel, would convene what some described as a “dialogue table.” In this vision, all the interested political parties and religious streams would hash out a solution for how to deal with the original problem the bill hoped to solve — easing the conversions of some 300,000 Russians living in Israel — while not alienating Reform and Conservative Jews in the Diaspora who saw in the bill a delegitimizing of their own Jewish identity.

But two weeks after this moratorium was declared, there has been no visible progress toward the proposed roundtable deliberations. The central obstacles are the two religious parties in the governing coalition, Shas and United Torah Judaism. It was these two parties that initially demanded language that made the bill unacceptable to many non-Orthodox Jews.

According to sources close to Sharansky, Shas and UTJ refuse to cooperate in any way with any change to the bill. They have even insisted publicly that, rather than respect the six-month freeze, they will bring the legislation up for a Knesset vote in October, after the High Holy Days recess ends. David Rotem, the Knesset member from the Israel Beiteinu party who drafted the original bill, also indicated in an August 1 radio interview that he might not stand by the agreement. This would certainly doom any hope of open negotiations conducted in goodwill.

“If Shas doesn’t feel that it is responsible to the unity of Jews, then Shas is being irresponsible,” said Haviv Rettig Gur, the Jewish Agency’s spokesman. “It has a responsibility to step up to the plate and convince people of its perspective. You want the Reform to change their policy on this issue, you need to get into the room and have a debate. You can’t do it from outside the room.”

Reached by the Forward, the spokesman for Shas’s leader, Eli Yishai, denied that the party refuses to talk, but also gave no indication that Yishai has made any real move toward joining the negotiating process. The spokesman, Roi Lachmanovich, would only say that Sharansky has met in the past with Yishai and would again. As far as whether Shas would participate in the talks, Lachmanovich said, “On some level yes. There are talks and Shas is part of these talks.” But he declined to comment further.

As a substantial member of the governing coalition, Shas’s refusal to make any concession regarding the bill presents a much greater obstacle than Sharansky — and Netanyahu — had envisioned.

In an op-ed column in the Jerusalem Post following the negotiated compromise, Sharansky wrote that the crisis presented “a unique opportunity for a dialogue in which each side can move past its earlier erroneous assumptions about the other and begin to grapple sincerely with the deep logic of the interlocutor’s view.” The Prime Minister also said that he hoped the six-month moratorium would provide a process in which a resolution would be “reached through broad understanding.”

For their part, representatives of the Reform and Conservative movements agreed to put on hold a petition making its way to Israel’s High Court of Justice that demands state recognition of non-Orthodox conversions conducted in Israel. Despite the religious parties’ refusal to participate, the leaders of these movements are hopeful that the process envisioned by Sharansky will, at the very least, stop the currently proposed bill.

Rabbi Steve Wernick, executive vice president and CEO of the United Synagogue of Conservative Judaism, said that Sharansky was slated to meet with members of Israel’s Masorti (Conservative) movement on August 3, to discuss what he called “the parameters of the dialogue” that would take place. “In an ideal world,” Wernick said, “the process would lead to a solution that would open up conversion to Conservative and Reform rabbis,” allowing these conversions to be recognized as legitimate prerequisites for citizenship in the state of Israel. But he also stated that he didn’t think this would be possible and that he would be satisfied if the bill simply provided a solution to the initial problem posed by Rotem, which was how to decentralize the conversion process and make it more accessible to Russian immigrants.

“Whatever comes out of these negotiations by its very nature is designed to be something that is acceptable to all sides,” Wernick said, “and that is my preference. I don’t expect the Haredi to be less Haredi. I don’t expect them to accept me. But I don’t want them to be able to define for the whole what is Jewish identity and who gets to be considered a Jew.”

But in the two weeks since the freeze was negotiated, it also has become clear that the forces of Diaspora Jewry that opposed the bill have largely left it to Sharansky to figure out a resolution. Notwithstanding the talk of a roundtable discussion, it appears, according to sources close to the process, that resolving the issue will be largely a matter of backroom political negotiation.

Even the leaders of the Jewish Federations of North America who were active in opposing the bill are taking a hands-off approach at the moment. Jerry Silverman, JFNA’s president and CEO, spent weeks in Israel meeting with lawmakers in an effort to convince them that Diaspora Jewry cared deeply about this issue. He also welcomed the idea of a “dialogue table,” as he put it. But when Rebecca Caspi, the director general of JFNA’s Israel office, was asked recently if her organization would be at this table, she answered, “Maybe yes and maybe no. We think that we have the responsibility and the privilege of representing mainstream North American Jewry on this issue, but it’s the prerogative of Natan Sharansky to determine what is the best shape and population for the table.” In fact, Caspi suggested that a “smaller table” might be preferable.

While the forces of Diaspora Jewry express confidence that Sharansky will somehow convince the most recalcitrant forces to negotiate, dialogue looks increasingly unlikely. Speaking on an American radio show, Zev Brenner’s Talkline, Rotem sounded unwilling to understand, much less make any concessions to, the sensitivities of Reform and Conservative Jews, whom he recently described in The New York Times as “absolute idiots.” According to those close to Sharansky, Rotem, though emotional and resentful about the intervention of North American Jews, is willing to talk; convincing the religious parties that they should compromise on the authority of the Chief Rabbinate seems to these observers nearly impossible.

“We need to figure out a way to develop a bottom line that includes both the Orthodox and the liberal streams,” said Rettig Gur, the Jewish Agency spokesman. “We need to find a compromise between some seemingly contradictory views because we’re all Jews. And that had better be possible.”

Nathan Jeffay contributed to this story.

No Progress Yet in Attempt To Mend Rift Over Conversion Bill