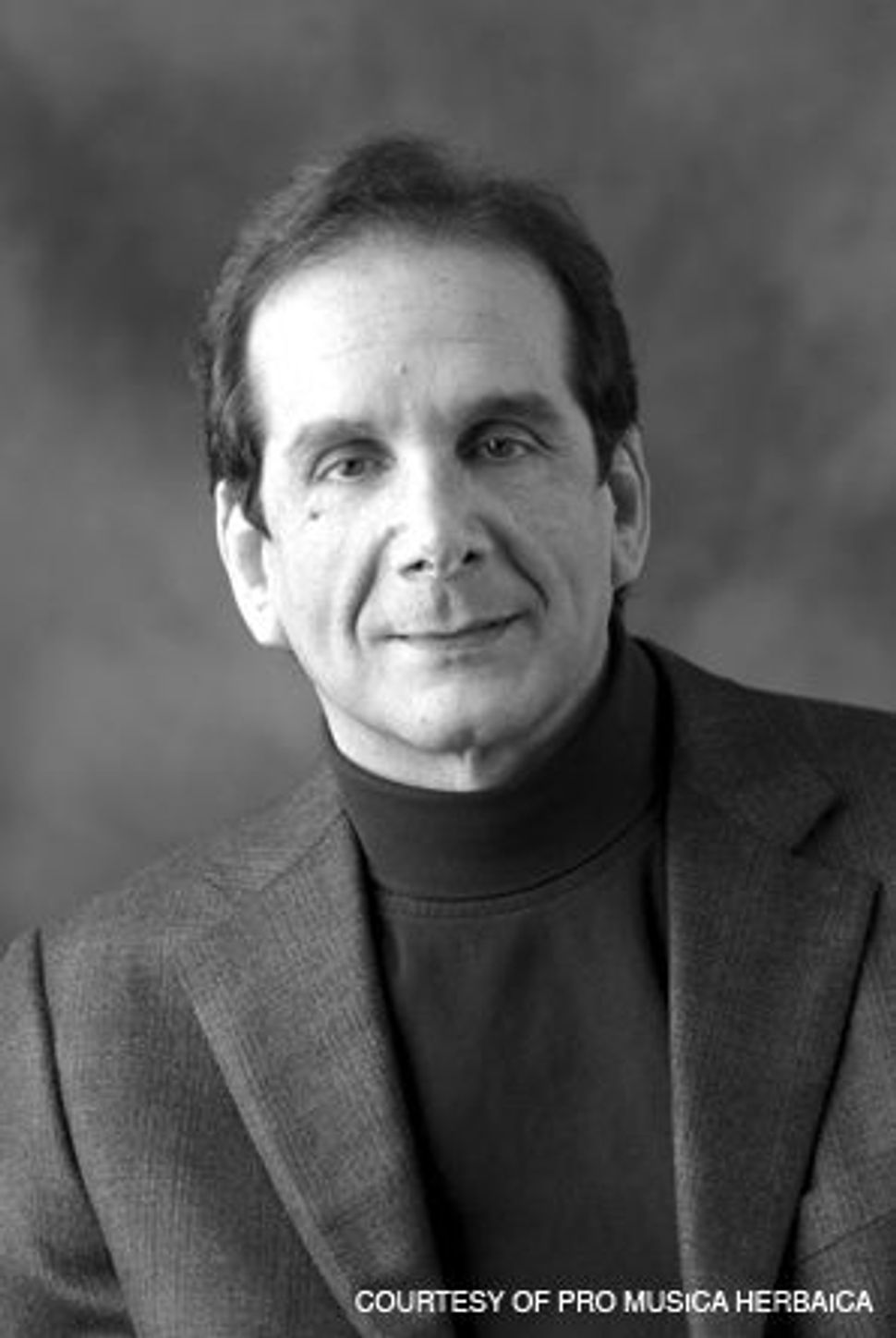 Krauthammer: The political columnist is leading a new music project

Charles Krauthammer knows his way around the written word. But next month, the Pulitzer Prize-winning Washington Post columnist and his wife, artist Robyn Krauthammer, will unveil a project devoted to the music note. Pro Musica Hebraica, a new Washington-based organization spearheaded by the couple, will be devoted to highlighting historically neglected works of Jewish art music as well as commissioning new works. 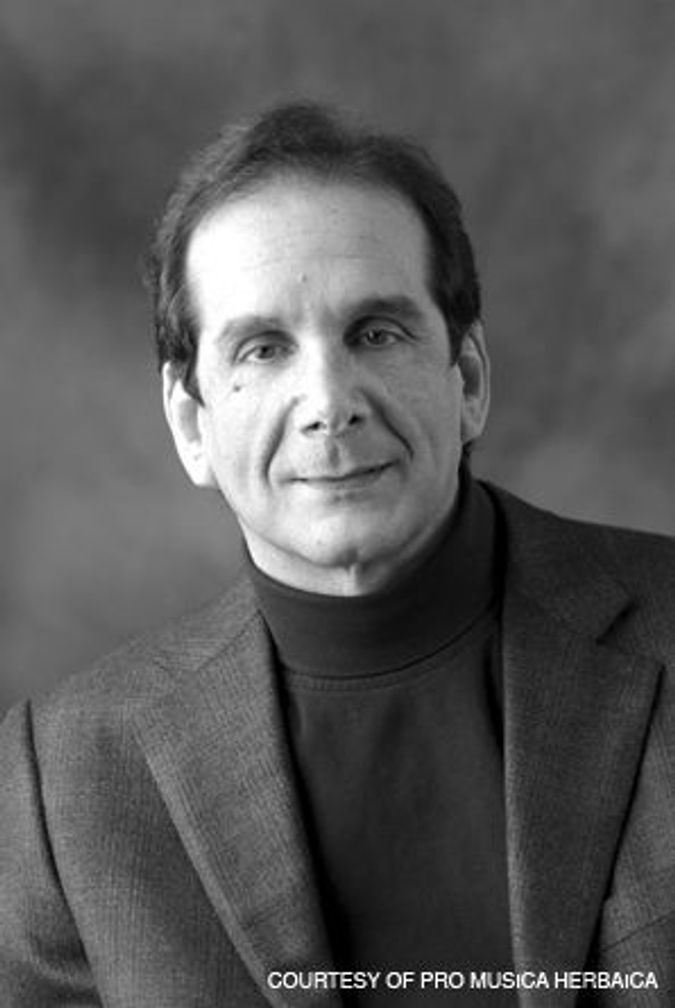 Krauthammer: The political columnist is leading a new music project

An inaugural concert will be held April 10 at the Kennedy Center for the Performing Arts, featuring renowned violinist Itzhak Perlman as well as performers from The Juilliard School of Music.

“We’re trying to open a window on music that’s been lost or neglected,” said Krauthammer, who added that a primary focus will be on efforts of late 19th- and early 20th-century composers whose work was neglected because of the Russian Revolution and the Holocaust. “Hopefully we’ll inspire people, young people, to try to do what these musicians did 100 years ago, which was to draw from their own traditions in a modern spirit to interpret it for a general audience.”

Krauthammer has a long history of involvement with Jewish cultural and educational institutions like Washington’s Shoresh Hebrew High School, where he was a founding board member. For the new musical venture, which is being supported almost entirely by The Krauthammer Foundation, he credits his wife, Robyn.

“She was aware of a musical tradition of Jewish art music… and thought that it would be a service to bring it to the general public and to the concert-going public,” he said in a recent interview with the Forward.

The inaugural concert will focus on the works of The St. Petersburg School, a group of early 20th-century Russian Jewish composers who attempted to create a nationalist school of Jewish music similar to other nationalistic cultural efforts of the time. The group is known as the Society for Jewish Folk Music, and members such as composers as Alexander Krein and Joel Engel combined Jewish folk influences with modern classical structures and techniques to create a new form of Jewish art music.

“Jewish composers were drawing on the tradition of shtetl music, liturgical music, folk music, trying to bring sort of a modern classical sensibility to it,” Krauthammer explained.

This isn’t the only effort of its kind. This year, James Conlon, music director of the Los Angeles Opera, has been reviving the works of composers affected by the Nazi regime for his project, Recovered Voices. But the two are hardly in competition. In fact, Conlon will bring his expertise to Pro Musica Hebraica as its artistic adviser.

Pro Musica Hebraica will be focusing not just on Holocaust era material but also on music from all eras that is distinctively Jewish. In the case of the Soviet composers who will fill the first concert, the Jewish content is mixed with newer ideas.

“What’s interesting about this music is that these were composers who were trying to draw on the folk sources but create what we would call modern classical music, which is to say, they wanted to blend traditional sounds with contemporary musical language,” added James Loefler research director of Pro Hebraica Musica.

Loefler, who is a professor of European Jewish history at the University of Virginia as well as a classically trained pianist, revealed the extent of Jewish classical music while studying at The Hebrew University of Jerusalem in the late 1990s, and later when he traveled on a Fulbright Fellowship to the former Soviet Union in 2003.

While the majority of the April concert will focus on historical material, it will also feature “The Dreams & Prayers of Isaac the Blind,” a 1994 composition by the Argentine Jewish composer Osvaldo Golijov.

Following the initial concert series, Pro Musica Hebraica hopes to expand its activities through educational programs as well as the commissioning of new works.

“We hope, first of all, to educate and to bring the music to the public,” Krauthammer said, “and then hopefully we’d like to commission works in the future. We’d like to support the study and performance of this music in conservatories and schools.”

Organizers and performers also hope that Pro Musica Hebraica will contribute to the current trend of globalizing classical music.

“Some of the most interesting composers are learning to tap other folk traditions, popular traditions, rock music, and weave these into their music, developing new sounds,” Loefler said. “Frankly, that’s the built-in advantage to Jewish musical expression: Jews are so connected to so many different cultures that they tap into them and influence them and are influenced by them.”