As Acceptance Grows, Gay Synagogues Torn Between the Straight and Narrow 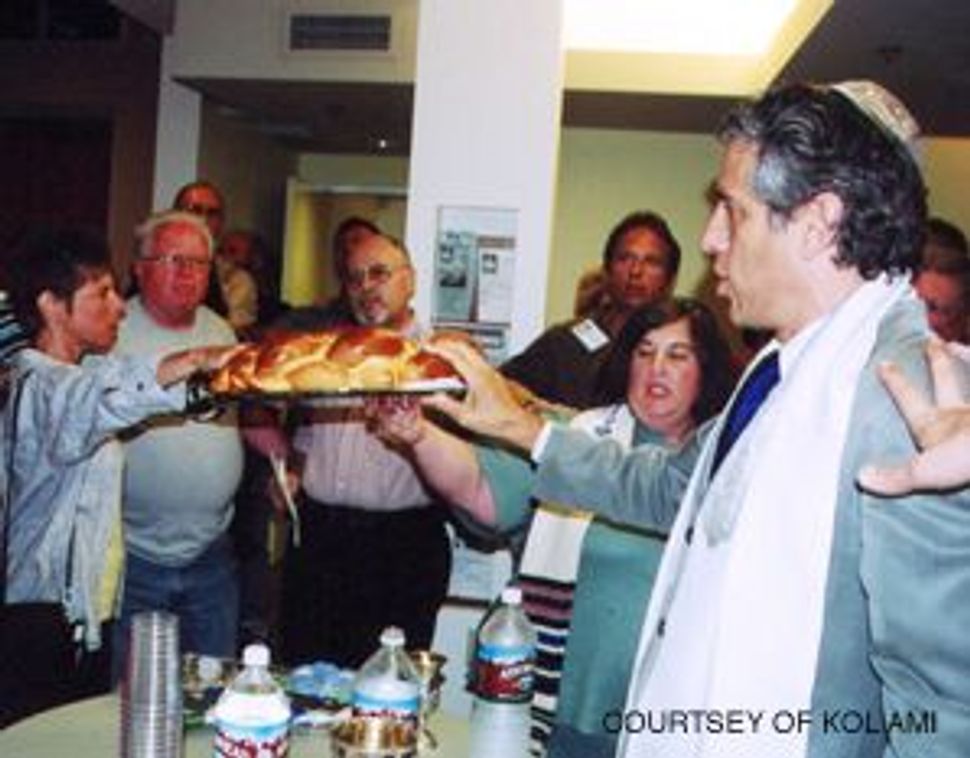 Reaching Out: Gay- and lesbian-founded congregations, such as Los Angeles?s Kol Ami, are increasingly serving the broader Jewish community. 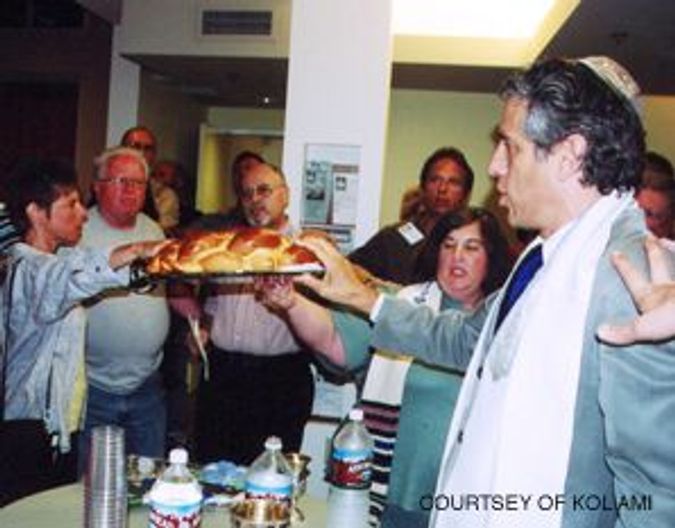 Reaching Out: Gay- and lesbian-founded congregations, such as Los Angeles?s Kol Ami, are increasingly serving the broader Jewish community.

Gay and lesbian Jews had founded Congregation Bet Haverim because they felt that the Jewish world did not want them around. But when families like the Weisses (who are not related to this reporter) came knocking on the door of Bet Haverim, its members had to decide just what kind of synagogue they wanted it to be.

As the mainstream Jewish world has increasingly accepted gay and lesbian Jews, gay-and-lesbian-founded synagogues like Bet Haverim have grappled with questions that go to the core of their identity: How accepting should they be of straight members? Can they accept straight members and still remain distinct? Is there still a future for gay and lesbian synagogues, or will they slowly merge into the mainstream?

Gay and lesbian synagogues first began to appear in the early 1970s, in the wake of the 1969 Stonewall rebellion, which spurred the rise of the gay movement. Feeling unwelcome in mainstream synagogues, and inspired by the founding of gay-friendly churches, Jews in New York and Los Angeles formed congregations of their own. These were to

be “safe spaces” where gay and lesbian Jews could worship in peace, and without disapproval. Over the next decade, congregations followed in other major metropolitan areas, such as Boston, San Francisco, Philadelphia, and Miami. Bet Haverim, founded in 1985, was one of the last congregations to be founded as an exclusively gay and lesbian synagogue.

But even as Bet Haverim was being formed, Jewish attitudes toward gay men and lesbians were undergoing a change. Gay and lesbian synagogues were founded independently of the religious movements and were largely lay-led. The denominations, however, began to take greater interest in the issue of gay rights. In 1984, the Reconstructionist Rabbinical College voted to accept and ordain gay rabbis, and in 1990 the Union for Reform Judaism announced a national policy declaring gay and lesbian Jews to be full and equal members of the religious community. In turn, the URJ said that it would accept predominantly gay synagogues, but only if they were open to all.

Those choices about acceptance played out in reverse in gay and lesbian synagogues. In 1992, the rabbi and several congregants from Beit Chayim Chadashim, Los Angeles’s gay synagogue, left, in large part because they felt that BCC wasn’t sufficiently welcoming to straight Jews. They founded Kol Ami, a synagogue that described itself as serving the gay and lesbian community but that welcomed straight members from the start.

“If the world is going to change, we have to model that change. Gay and straight people need to build community together as Jews,” said Rabbi Denise Eger, Kol Ami’s founding rabbi. “We didn’t want to be a gay ghetto.”

In that same spirit, when families such as the Weisses asked to join Bet Haverim in the mid-1990s, the congregation’s members felt that they couldn’t justly turn them away.

But that welcoming spirit has made identity an increasingly complicated matter for synagogues like Bet Haverim. When they were founded, identity was simple: They were gay and lesbian synagogues because few straight people were interested in being a part of them, or even knew of them. But as the boundaries have become more fluid, the synagogues have tried to balance an open spirit with a sense of continuity.

That difficulty has become particularly acute at Bet Haverim, where more than half the 300 members are straight. After some confusion with Atlanta’s gay newspaper, Bet Haverim’s rabbi, Joshua Lesser, asked that Bet Haverim be described as a “gay-founded” synagogue.

Gay-founded synagogues have also had to incorporate a new element in their midst: children. At Bet Haverim, when straight families joined the synagogue, the congregation promptly established a religious school, which rapidly attracted new families; however, it also established a split in the congregation: Those who went to services were largely gay, while the parents who sent their children to the religious school were almost entirely straight.

“The Sunday school was our straight ghetto,” Kagel said. “It felt very odd to be in a synagogue that I started as a gay and lesbian synagogue and then be the token lesbian.” Kagel and her partner became the first same-sex couple to send a child to the school.

Gay and straight synagogue members have also made common cause on political issues. When the state of Georgia debated a referendum in 2004 to ban same-sex marriage and civil unions, several straight members of Bet Haverim banded together and organized a coalition called Straights in Solidarity with Gay & Lesbian Civil Rights to fight against the referendum. Though the referendum passed, the coalition’s efforts had an enormous effect within the synagogue.

“I think that was a profound transformational moment where most of us realized: ‘Oh, this is the value of opening up our synagogue. We have created a community of allies,’” Lesser said.

Ironically, it is the open, inclusive atmosphere that Bet Haverim and other synagogues worked so hard to create that has made them attractive to a whole range of underserved worshippers. Gay-founded synagogues across the country report that they have relatively large numbers of non-white Jews, Jewish converts and intermarried families, as well as Jews who’ve never felt like they fit in elsewhere.

“I’ve had straight men confide in me and say: ‘I didn’t really fit in in other synagogues where everybody was talking about sports…. Here at the synagogue, I can just be comfortable in who I am,’” Lesser said.

Now, as more and more straight members join Bet Haverim and other synagogues like it, a larger question arises: Should there ideally be such things as distinctive gay and lesbian synagogues, or would the need for such a separate space disappear? That question is no longer abstract. In 2005, Cleveland’s Chevrei Tikvah congregation was absorbed into the Fairmount Temple, where it still meets twice a month as a minyan.

Rabbi Eric Yoffie, president of the URJ, said he expects that ultimately, most gay- and lesbian-focused congregations would disappear, because gay men and lesbians would be at ease in Reform congregations; however, he said that day wouldn’t come until discrimination in society has been largely eliminated.

For the time being, many say there is still a value to be embraced in synagogues that can understand and focus on issues uniquely gay and lesbian. And they say that until discrimination is eliminated, those synagogues provide valuable beacons to those who are not yet out.

“There are people who reach out to us from all over the world — from phone booths in [the ultra-Orthodox Brooklyn enclave of] Boro Park, e-mails from Kansas and Pakistan,” Cohen said. “The fact that there is a gay synagogue gives people hope in an incredible and lifesaving way.”

As Acceptance Grows, Gay Synagogues Torn Between the Straight and Narrow