Music for a Better World 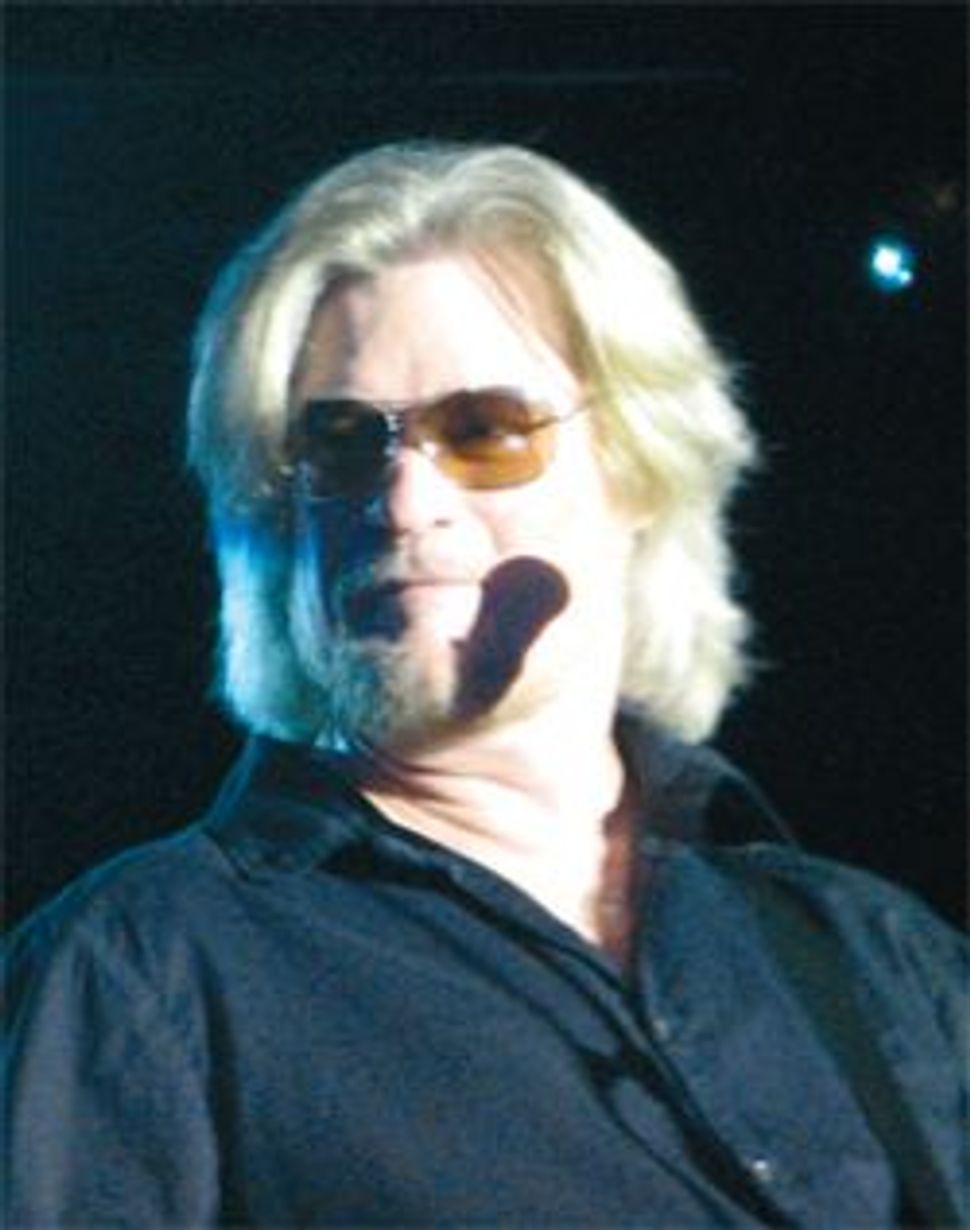 Welcoming a record 1,200 Long Islanders to the Theatre at Westbury on July 27 for UJA-Federation of New York’s 20th annual Summerfest Concert, Erik Gershwind, who, with his wife, Jackie, chaired  the event, defined the organization’s ethos by citing Greek general and statesman Pericles: “What you leave behind is not what is engraved in stone monuments, but what is woven into the lives of others.” 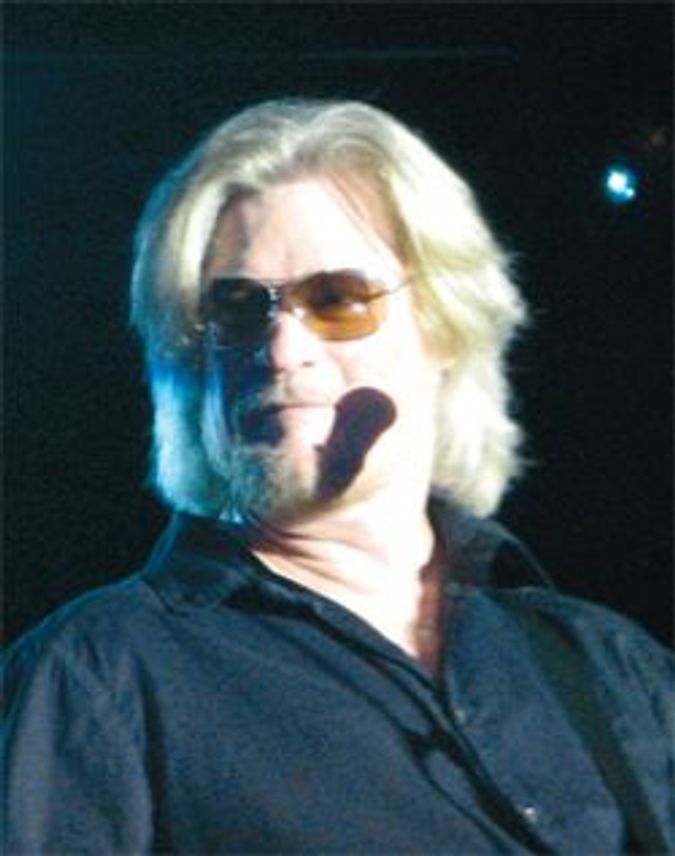 The recipient of the Robert S. Boas Award was Jeffrey Gould, president and CEO of BRT Realty Trust. His 30 years of involvement in the Jewish community include working at a New York soup kitchen, where he served people who “until not long ago lived normal lives, when cataclysmic events led them to need help.”

The highlight of this invitation-only event was a concert by recording duo Hall & Oates.  Daryl Hall (who converted to Judaism about 40 years ago, when he married a Jewish woman from Philadelphia) exhorted the crowd to “give back to the larger Jewish community.” Although many of the duo’s songs were originally written about the vagaries of love, the  lyrics took on a new dimension in the context of the evening and the audience.

Hall & Oates performed signature hits, including “Maneater” and “Family Man,” “Out of Touch,” “One on One” and “You Make My Dreams.” At the conclusion of the performance, John Oates thanked both UJA-Federation for “having us” and the crowd “for supporting such a great organization.”

Additional co-chairs of the event,  which  raised $1.4 million, were  Joyce and Philip Sharfstein. During the preconcert milling and nibbling under a huge white tent, the rock band The Nancy Atlas Project entertained with such oldies as Joe Cocker’s classic “Feelin’ Alright” and the Rolling Stones’ “Wild Horses.”  A short film showcased a number of UJA-Federation programs: Suited for Work, which provides proper interview attire for unemployed people; Taglit-Birthright Israel, which to date has helped send more than 230,000 young people ages 12–26 to Israel; Beit Chinush, which provides bar and bat mitzvah training for students who have learning disabilities, and programs for adults afflicted with age-related dementia.

“Do I have stories!…. I wish I had kept notes, a diary,” Joseph Dash, self-proclaimed, and known to others, as “the classical maven of CBS,” told me over an iced glezele tey (glass of tea) August 5 at a Lincoln Center outdoor café.  “In this business, you need mazel and koyekh [strength].”  Dash, former vice president, general manager and head of Classical Records CBS Masterworks [1969-1979], lamented Not having kept notes about all the artists he met: “There was Wanda Toscanini Horowitz, Arturo’s daughter…. A difficult person, she once described her life as being sandwiched between her father [conductor Toscanini] and husband [pianist Vladimir Horowitz].” Dash recalled: “We’d taken Horowitz out to dinner…. Sometimes he would go off on a reverie, and this time he ‘left’ the conversation and [revisited] an event that took place in the late 1920s…. Horowitz recalled: ‘We were on a concert tour outside of Hamburg, Germany.  Toscanini went out of the cafe to see why there were such crowds. Out of the hotel came another famous artist.’ According to Horowitz, each thought the crowds were there for him.  Toscanini then asked a hotel employee why these people were there. ‘They are here for some politician,’ Horowitz recalled. ‘His name is Adolf Hitler.’”

Dash recalled how, during a visit to her New York townhouse, “Wanda showed me a photo of herself with two gentlemen in a cafe in Italy. She was wearing a big bow and was sitting on Daddy’s lap. With them was Giacomo Puccini. Imagine Puccini and Toscanini together!  I should have had the sense to ask her to make a copy.”

Revisiting his decade (1969–1979) at CBS Masterworks, Dash talked about George Butler, who during that time was the head of jazz at CBS, “a legend in the business, calling me up to listen to a tape by some shy 17-year-old teenager. I took the tape home, and what I heard was incredible: the Haydn Concerto for Trumpet. I knew I had a genius. This kid…. My God! He was sensational. It was Wynton Marsalis. Signed him up as an exclusive artist for Masterworks Jazz.” Dash paused, then said, “It illustrates the accidental nature of the business.”

Among the “accidental things that happen” in the music business, Dash included another, which he considered a bashert, or intended, happening.  “Milt Okun, founder of Cherry Lane Music, sent me a cassette of John Denver singing “Perhaps Love.” Dash added: “Okun happened to be in love with Plácido Domingo. ‘What would you think of Denver and Domingo doing an album together?’ Okun ventured.  “Bottom line, Milton ended up with a multimillion dollar best-seller that propelled Domingo into the crossover arena.” Dash took a sip of his tea and said, “‘Perhaps Love’ was bashert.’”

Before parting with a “Zay gezunt”, as an afterthought, Dash, who peppered all his conversations with me with Yiddish (and happens to be a collector of Jewish jokes and witticisms), confided:  “In 1950–1954, when I was getting my bachelor’s degree at City College, I took a two-year semester of elementary Yiddish with [the founder of the YIVO Institute for Jewish Research] Max Weinreich….  As you can see, I still remember my Yiddish.”

Klezmatics, Cooper and Winograd Thrill at Music for a Better World Concert

The August 3 Workmen’s Circle/Arbeter Ring-sponsored Music for a Better World concert at Lincoln Center’s Damrosch Park attracted more than 3,500 happy fans of all ages. Hosted by the organization’s executive director, Ann Toback, the evening began with a performance by Adrienne Cooper. Backed up by Michael Winograd & Friends,** Cooper performed her own riff on Isidor Lillian’s song “Gefilte Fish” The song was so on key that her mention about “that 2-year-old jar in the back of the pantry” elicited a buzz of recognition and reminded me that I needed to buy a new jar of horse radish.  The 80-voice strong intergenerational A Besere Velt, the Yiddish Community Chorus of Boston Workmen’s Circle, conducted by Lisa Gallatin, thrilled the audience with a program that ranged from Second Avenue favorite “Abi Gezunt (“So Long as You’re Healthy”) to a Yiddish-language performance of Beethoven’s  “Ode to Joy.”  Topping off the evening was the foot-tapping, chest-pounding musical explosion by the Klezmatics, whose emphasis was on Woody Guthrie’s connection to Judaism.  Guthrie’s mother-in-law was Yiddish poet Aliza Greenblatt — aka “Bubbe”; his wife (Greenblatt’s daughter), Marjorie Mazia, who danced with Martha Graham’s troupe.  The Klezmatics performed Guthrie’s lullaby to his son Arlo, whom he called “my little dybbuk… lay down your kepele…”(“lay down your little head”).

A special standout was the Kelzmatics’ lead singer, Susan McKeown, who is featured on the group’s Grammy award-winning CD “Wonder Wheel.” Guthrie, it was noted, “wrote Hanukkah songs” and had a special affection for Brooklyn, which the Klezmatics showcased with his tribute to Coney Island’s Mermaid Avenue, “where lox and bagels… and halvah meet.” It had the Brooklyn ex-pats (and Coney Island visitors of yore) in the audience salivating.  A man next to me wearing a baseball cap emblazoned with “Litvak Power” turned out to be a Galitzianer.  As Workmen’s Circle President Robert Kaplan told the happy crowd, “The purpose of Workmen’s Circle/Arbeter Ring is not only a better world for ourselves, but [a better world] for others.”

Long after the music stopped, there were still people, including a lot of children, humming and singing, and dancing in the aisles.  And it was all for free!  As boldly proclaimed on the green-fabric apron spanning the entire widths of the sound stage, the Lincoln Center outdoor concerts’ — Workmen’s Circle’s included — were sponsored by the business and financial news service Bloomberg and by PepsiCo Inc.

Music for a Better World