A Different Kind of Israeli Magazine 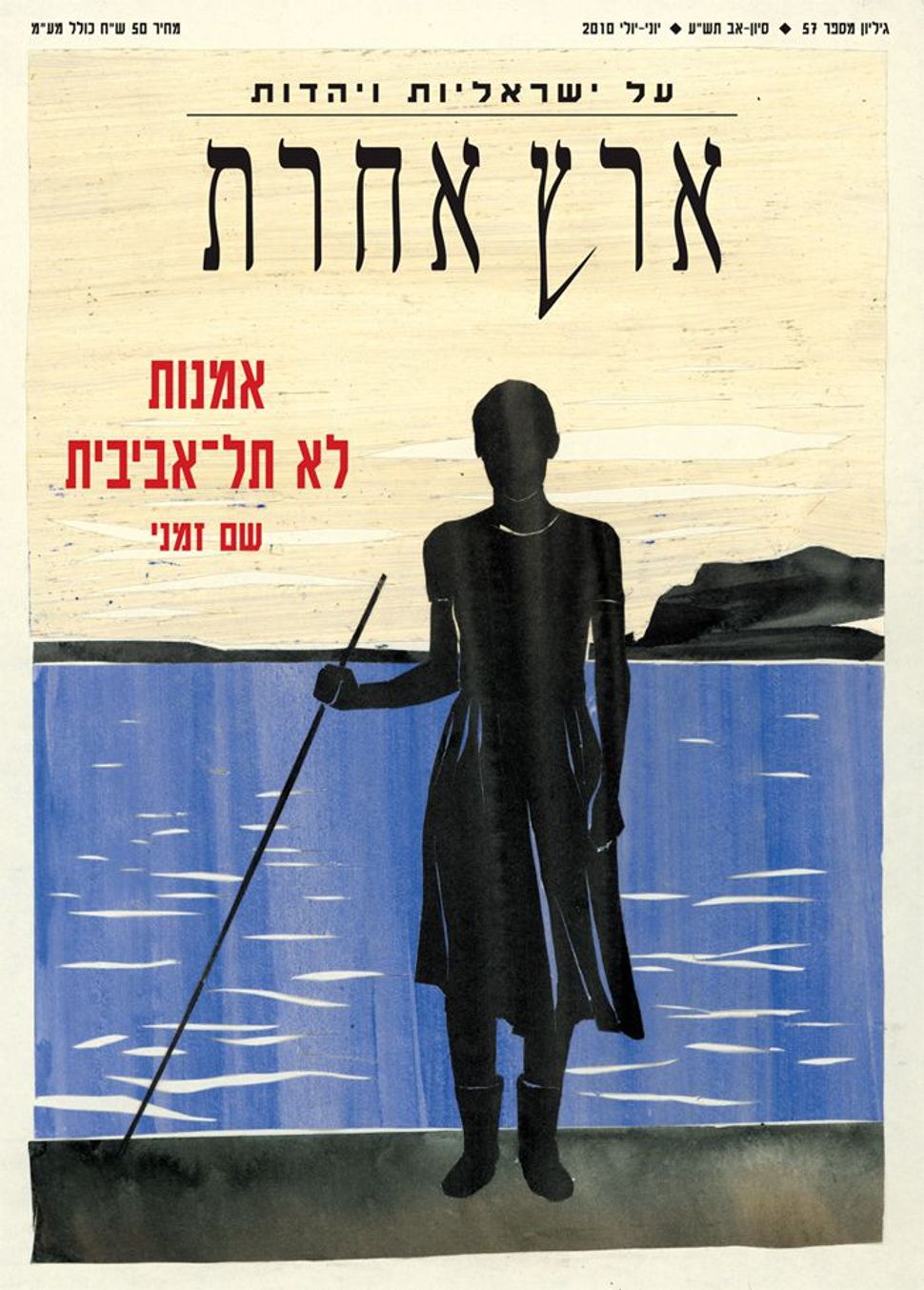 In June 2006, the Supreme Court of Israel handed down one of the most important but barely publicized rulings in the history of the Jewish state. The decision to cancel the Law for the Privatization of Prisons halted a process that would have abdicated an unprecedented amount of state authority — that is, the correctional system — to private bodies. Remarkable in this story is not only how quietly the law nearly took effect, but also how the Supreme Court came to its conclusion. The decision was credited to a magazine, Eretz Acheret (“A Different Place”), in particular the April-May 2006 issue, titled, “Can the State abdicate its role as responsible for the correctional system?” 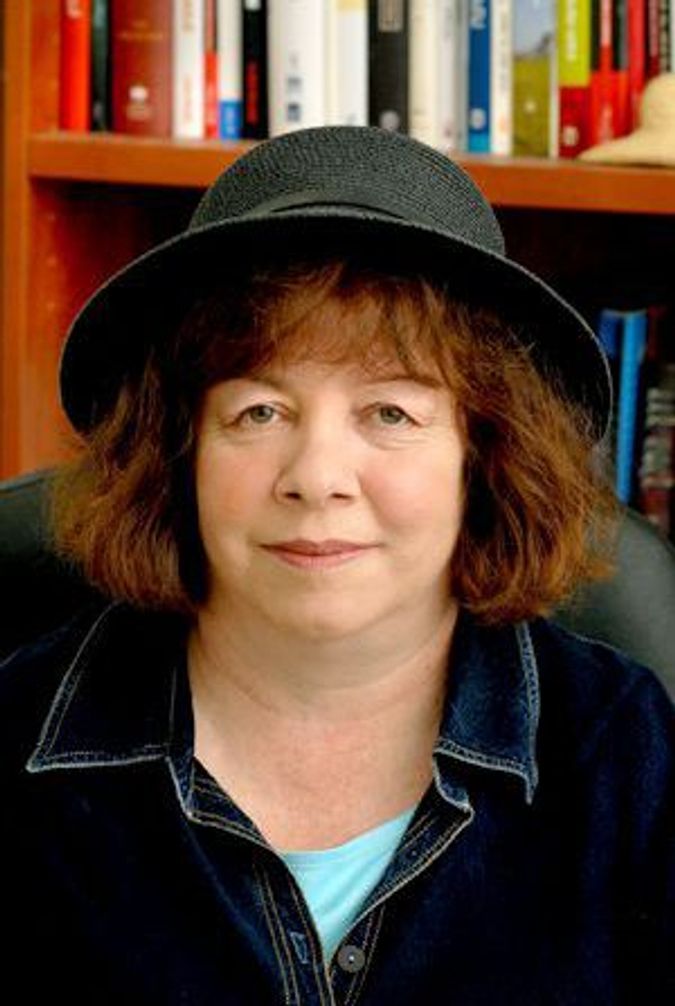 Bambi Sheleg, the soft-spoken founder and editor-in-chief of Eretz Acheret, recalls this event fondly. “It was an incredible moment,” she said humbly of the victory. “This is why we founded the magazine, to influence the social agenda in Israel and offer a deep analysis of the issues critical to Israel’s identity.”

Sheleg, 52, a mother of three who is married to writer Yair Sheleg, was born in Chile and moved to Israel at age 12. Her family is Religious Zionist, and she began her journalism career as a writer and editor at Nekuda, the magazine of the settler movement. At a certain point, though, she started having doubts about her ideological home. “I was in the religious ‘camp’,” she said, “but sometimes I felt that I connected more with people outside my camp.”

Her sense of inner turmoil came to a head with the 1995 assassination of Prime Minister Yitzhak Rabin. “I asked myself, ‘How can it be that the divisions between sectors in Israeli society are so strong that they can bring someone to commit murder?’” she recalled. “And I realized that, as a member of the media, I was contributing to the problem. In fact, I was the problem.”

Following the assassination, Sheleg quit her job and began developing a vision for an alternative media in Israel, one that is not ratings based but rather not-for-profit, replacing the journalistic “If it bleeds, it leads” thirst for violence with an ethic that seeks to build connections between people. “In the mainstream media, radicals get all the attention,” she explained, drawing a diagram of a pizza pie to illustrate her point. “Israel has all kinds of sectors — Jews, Arabs, Haredim. See here, where the crust is? Those are the radicals in each social sector… The rest of us are much closer to one another than to the radicals in each of our camps.”

After three years of planning, during which time she wrote a regular Op-Ed column for the Israeli daily Ma’ariv, Sheleg secured funding from the Avi Chai Foundation and published the first issue of Eretz Acheret in October 2000. Since then, the bimonthly magazine, with intensive articles written in Hebrew and up to 12 pages long, has given voice to Ethiopian Jews in Israel, Arab citizens of Israel, Haredim, women, artists, immigrants of the former Soviet Union, impoverished Israelis and others and has covered issues of conversion, assimilation and the rabbinate. “My goal is to build bridges between people,” Sheleg explained, “rather than focus on what divides us.”

So far, she says, she has had remarkable success. Aside from a circulation of 35,000 print readers, 7,000 unique monthly visits to its website and 3,000 Facebook friends, the magazine has been purchased en masse for professional training by the Ministry of Welfare, the National Insurance Institute, the Prime Minister’s Office and the Foreign Ministry. Various university departments use the magazine as part of their core curriculum. Writers are brought in as experts in Knesset hearings — especially during the investigation following the Second Lebanon War — and are interviewed in the press regularly.

“We have created ripples in the mainstream media,” she said proudly. Indeed, some of Israel’s most senior writers and thinkers sing Sheleg’s praises. Leading Yediot Aharonot journalist Nahum Barnea, in a recent weekend column, called the magazine’s coverage of the Haredi community in Ramat Beit Shemesh “outstanding.” Sheleg has a collection of letters from loyal readers, among them novelist and playwright A.B. Yehoshua, Rabbi Irving “Yitz” Greenberg and author Nissim Calderon.

But Sheleg has made some enemies along the way. With the 2005 disengagement from Gaza, she wrote a controversial essay titled “Friends, We Were Wrong,” in which she decried what she considers the moral failings of Religious Zionist leadership and its overemphasis on land settlement at the expense of moral values. “Some of my friends haven’t spoken to me since I wrote that,” she said. “But I have no regrets.”

One of her biggest fans is Nazir Majali, a Palestinian journalist from Nazareth who is also a commentator on Israeli affairs for the newspaper al-Sharq al-Awsat. The two met on a mission to Auschwitz that Majali organized for Arab Israelis. “She is a very special person,” Majali said about that first meeting with Sheleg. “[She] has an amazing honesty that takes her to a lot of places that many Jews don’t get to.” Following that mission, Majali began writing for Eretz Acheret. He eventually joined the editorial board, a diverse group that has representatives from almost every sector of Israeli society. “Our connection is about… the pride of belonging to a nation — she to the Jewish people, and I to the Arab people,” Majali said of his kinship with Sheleg.

Sheleg’s next project, slated to launch this year, is to open up English and Arabic content in order to broaden the magazine’s reach. “Half the world is English speaking,” she said, “We have to talk about issues beyond politics and security. We have to explore what it means to be the Jewish people.”

What follows is an example of a letter from the editor of Eretz Acheret, Bambi Sheleg. It appeared in the August 10, 2010 issue, titled “Art Outside of Tel Aviv: A Temporary Name”:

The current issue of Eretz Acheret, “Art outside of Tel Aviv: A Temporary name,” is a journey. It’s a journey between the components of identity that jostle the Israeli experience from its various corners: from globalism, to localism, and from Zionism to post-Zionism; from the Jewish to the Israeli and from the Middle Eastern to the Arab; from the desire to set down roots to the desire to fly and wander; from the need for uniqueness and destiny to the need for integration and assimilation; from the urge to belong to the unyielding sense of foreignness; from profound religiousness to profound secularism, and from religious doubt to secular doubt; from the drive for money and all that it enables, to the revulsion from money for all it represents; from the desire to forget and be forgotten to the urgent need to remember. The journey runs between the open wounds of our lives: our relationships with the Palestinians and the Arab world; our relationships with the Western world amid events of our recent past that continue to haunt us; our relationships with the poor, with immigrants old and new, with the periphery and the center, and with those of east and west; and the ongoing question of “Where to?” that disturbs the inner tranquility of every single occupant of this land.

The title of this issue, “Art outside of Tel Aviv: A Temporary Name,” emerged from the sense that developed as this issue was being assembled, that what is unique about Israeli art was not born right now in the largest Israeli metropolis, but rather in other places that have been less covered. The sense is that Tel Aviv-based Israeli art is in dialogue with contemporary global art, and has some impressive achievements in that realm, but surprising things are happening elsewhere in Israel, where artists turn inward towards their own spaces. Therefore, “a temporary name” is a nickname for a new Israeli art trend that does not yet have its own name, but is already here.

The above letter was translated from Hebrew by Elana Maryles Sztokman.

A Different Kind of Israeli Magazine