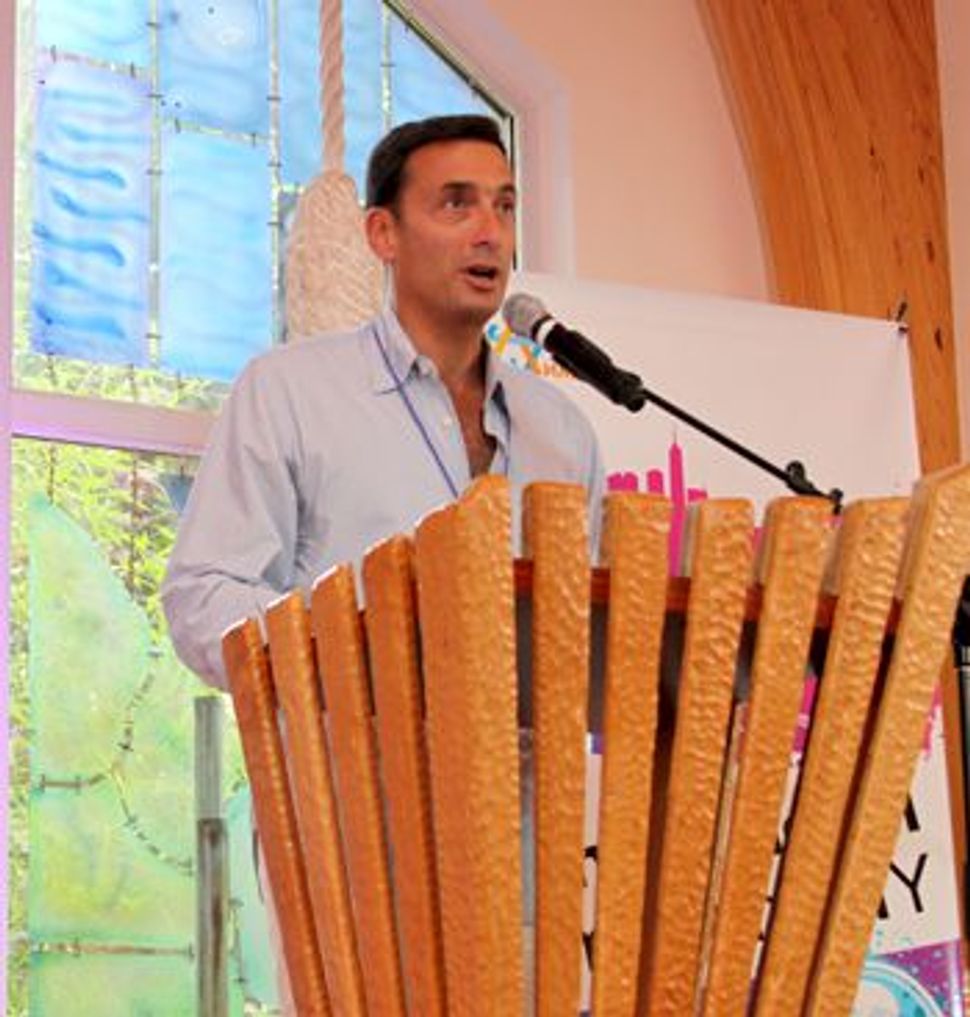 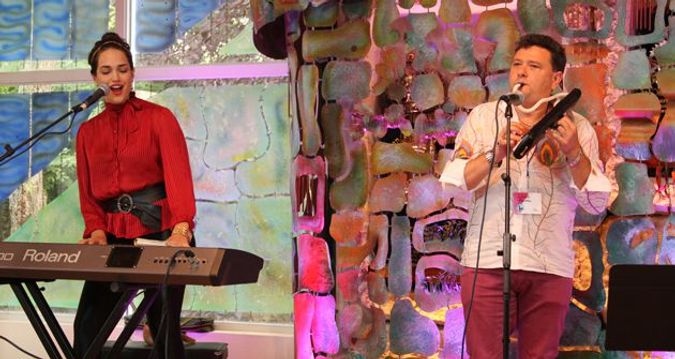 “Immigration is a very big and a difficult process,” said Yan Klats, sitting at the back of a classroom at the Hampton Synagogue surrounded by other young, Russian-speaking Jews. “Our parents came here in their 40s and 50s, and they had to deal with rejection and with learning a new language. We all went through that same experience, and that connected us.”

Klats, 27, born in Kiev, was one of hundreds of participants at Limmud FSU, New York, a spin-off of the popular international Limmud Jewish educational conferences, only aimed specifically at Jews with roots in the former Soviet Union. Although the age of attendees varied, most, like Klats, were in their 20s or 30s and had been up since early on August 15 to catch 7:30 a.m. buses from Brooklyn and Manhattan to Westhampton Beach. 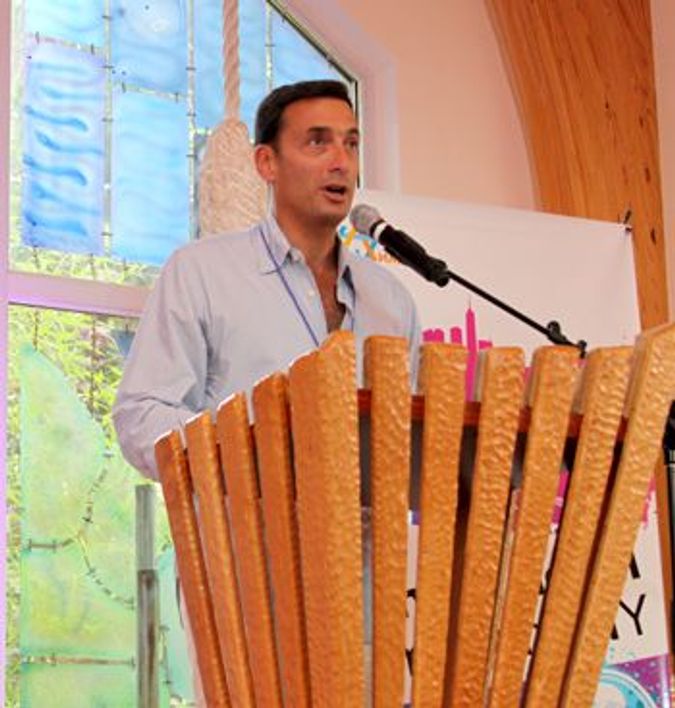 Like their American peers, young Russian-speaking Jews are searching for an identity. But although many were born in America or have lived here since they were children, they often do not feel as though they fit into American Jewish society.

“It’s like a subculture of one-and-a-half generations,” said Yigal Kotler, 46, co-chairman of the organizing committee of Limmud FSU, New York. “They are not exactly Russian immigrants — they speak English better than Russian. But they are not Americans, and they don’t want to see themselves as pure American Jews.”

Limmud, which started in the United Kingdom 30 years ago, has become an international movement with about 50 conferences worldwide attracting 40,000 people each year, according to Andrew Gilbert, founding chairman of Limmud International. The movement aims to further Jewish knowledge and engagement through workshops, seminars and other educational methods. What makes Limmud FSU special is that it unites a community of Jews scattered across Europe, America, Asia and the Middle East.

Limmud FSU was founded by Chaim Chesler, a former head of the Jewish Agency’s delegation to the former Soviet Union. It launched in Russia in 2006 and has migrated to Ukraine, Belarus, Israel and, last year, the Hamptons. There is talk of launching a Limmud FSU in Moldova soon.

Limmud FSU has grown rapidly in New York. The first conference, held at the Hampton Synagogue last year, attracted 400 people. Organizers this year claimed an attendance of 1,000. Although the actual number seemed a little lower, it was still remarkable when compared to the more established Limmud NY, which attracted 700 people for a sold-out weekend retreat in January in the Catskills.

This, of course, begs the question: Why are so many young Russian speakers opting to attend the Limmud FSU gathering rather than Limmud NY. Kotler said that Russian-speaking Jews who had attended previous Limmud NY events were disappointed. “It wasn’t a problem of language,” he said. “They speak English fluently. But they felt like strangers, and the general atmosphere was not comfortable for them.”

Other American Jewish organizations, he said, alienate Russian-speaking Jews. “So many of them look at Russian Jews as a laboratory for their experiments, like they are dor hamidbar, the generation of the desert,” Kotler said.

But Limmud FSU is perfect for the “Russian-speaking Jewish mentality,” said Kotler, because it appeals to young Russian Jews who come, primarily, from a secular background. Their understanding of Jewishness is based more on ethnicity, culture and history than on religion. “Jewishness for them means belonging to a Jewish civilization with a rich culture, where religion is just a spiritual part of that culture,” he said. “The importance of history is crucial for Russian-speaking Jews — not belonging to a congregation or performing rituals.”

Consequently, seminars at Limmud FSU, New York, were heavily weighted toward history, culture and politics, with panel discussions and lectures held in synagogue buildings or under outdoor tents sprinkled throughout the synagogue’s manicured grounds. Topics ranged from U.S.-Israel relations and the uniqueness of the Holocaust in the Soviet Union, to Isaac Bashevis Singer, Joseph Brodsky and Menachem Begin (the theme of the day was Russian-speaking Nobel Prize winners).

“It’s not that there isn’t some Torah study,” said Limmud FSU co-founder Sandra Cahn. “But basically it’s celebrating all that’s beautiful about what it is to be Jewish.”

Even so, the significance of hundreds of Russian-speaking Jews meeting in a synagogue was not lost on participants.

“American Jews take Judaism for granted,” said Natasha Lainer, a 27-year-old management consultant. “But here we are, the immediate descendants of a people who were persecuted in the FSU. We appreciate how special it is to gather freely in a synagogue.”

Most of all though, participants appeared to relish the opportunity to network and to mix with fellow Russian-speaking Jews.

“I grew up in America,” said 28-year-old Yelizaveta Rudnitsky, a Kiev-born computer programmer, as she waited in line for her evening meal, “but I definitely fit in more here than in the American Jewish community.”