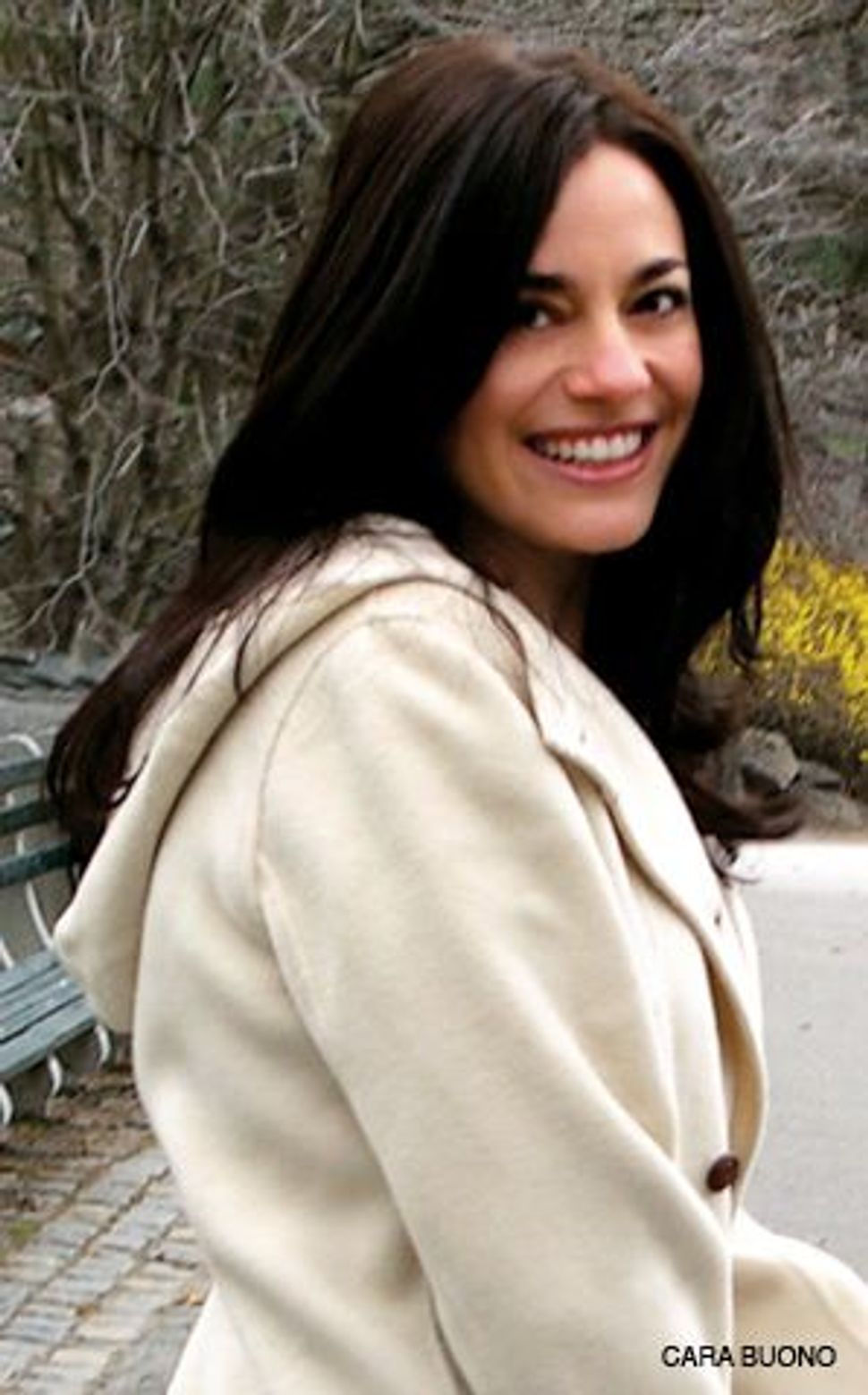 HER WORDS: Jessica Queller penned the memoir ?Pretty Is What Changes.?

If a blood test revealed that you were likely to contract the same cancer that painfully and violently killed your mother, what would you do? Have radical surgery to prevent it? Undergo frequent screenings and aggressively treat cancer at its earliest signs? Or would you not take the test at all? Jessica Queller shares her answers to these wrenching questions in her new book, “Pretty Is What Changes: Impossible Choices, the Breast Cancer Gene, and How I Defied My Destiny” (Spiegel & Grau). Queller, a vibrant 38-year-old television writer currently working on the CW show “Gossip Girl,” underwent a double prophylactic mastectomy when she learned that she had tested positive for the BRCA gene. The gene, which is most common among Ashkenazic women, put her at high risk for breast and ovarian cancer. Queller also plans to have her ovaries removed, but is waiting until after she turns 40 because she plans to have a child. 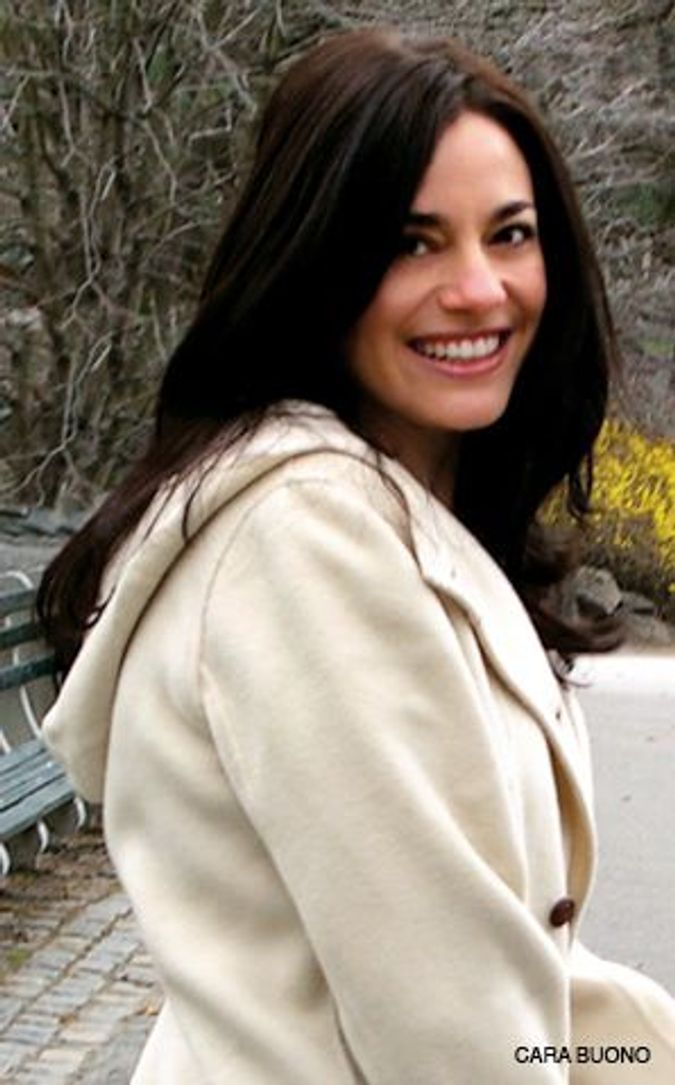 HER WORDS: Jessica Queller penned the memoir ?Pretty Is What Changes.?

She spoke to Holly Lebowitz Rossi about her dreams of motherhood, how she’s beginning to explore Judaism and why her days of blindly following doctors’ advice are over.

Holly Lebowitz Rossi: Generally speaking, what should we do with the knowledge that science allows us to have about our medical destinies?

Jessica Queller: I feel that knowledge is power, and that this information is really, truly, a gift. After my surgery, which I thought was fully preventative, it turned out I had precancerous changes in my right breast tissue, which confirmed that I was on my way to getting breast cancer. I am so grateful I was able to avoid that.

HLR: Do you think all Ashkenazic Jewish women should be tested for the BRCA gene?

J.Q.: Absolutely not. Even though the gene is found most in Ashkenazic Jewish women, it’s still very rare. Only one out of 10 breast cancers is inherited. The only women who need this test, whether they’re Jewish or not, are women with a strong family history.

HLR: How did your mom’s death affect you?

J.Q.: People often ask me, was your life split in half by testing positive for the gene, or by the mastectomy? And my answer is no, my life would have been split in half anyway by my mother’s death. If you do not understand what I witnessed and what I went through with cancer, it’s impossible to understand why I would take such a radical step.

HLR: What made you choose preventive surgery?

J.Q.: At my first interview with a breast surgeon, I remember saying: “People have told me that this action is the safest and is not an overreaction, but is that really true? If I decided on surveillance, and we caught the cancer very early, what would that look like?” He told me that in the very best-case scenario, we would still have to do radiation. And because my chance of a recurrence would be so high, it would be medically advised that I have the mastectomy anyway. I thought, what is the point of sitting here, waiting in anxiety to see if I have cancer, and then actually having cancer and having to do the same surgery anyway, and then having to worry for the rest of my life that it spread?

HLR: Were there any silver linings from the surgery?

J.Q.: This is very silly, but I am sort of a petite woman. I have very narrow shoulders, and small bones, and I had large breasts. I was a 32D. I always felt like my breasts were too big for my frame. If I wore a shirt that fit, I felt ostentatious, embarrassed. I never would have considered electing to have a breast reduction, but once I started thinking about this, I realized, this is an opportunity to have a 32B and actually be in proportion [Queller had reconstructive surgery after the mastectomy]. Also, it would be neat to never have to wear a bra again, to be free and wear tank tops and little dresses, stuff I couldn’t do before.

HLR: You describe some doctors who were insensitive and unkind, others who were smart and empathetic. How should women choose good doctors?

J.Q.: In this day and age… it is every person’s responsibility to be their own medical advocate. The options are great, but they also bring a lot of moral and medical ambiguity. So I think it’s very important… to educate yourself as best you can, look up everything online, go to the support groups online… find out what the issues are, talk to as many people as you can and have a sense of your choices before speaking to the physician. Then, you have to go by your instinct. Does this person make me feel supported, or does this person make me feel alone and abandoned? Does what they’re saying make sense to me? I think the days of blindly following what a doctor tells you are over.

HLR: In the book, you bring up some spiritual questions: What happens to us when we die? Why do things happen in our lives? During your journey, what spiritual sources have been most helpful to you?

J.Q.: I grew up Jewish… and am very identified culturally with being Jewish. But I have not, so far in my life, found spiritual solace in Judaism. Interestingly enough, in the past few months I have been turning to Judaism. I’ve just bought “Living a Year of Kaddish,” by Ari Goldman. I guess I’m getting older, and at this age I want to explore my own heritage and see what it has to offer me. I’m really just embarking on that.

HLR: At the very end of the book, you disclose that you plan to visit a sperm bank and have a baby before you have to remove your ovaries when you turn 40. How did you come to that decision?

J.Q.: I have always wanted to be a parent. However, choosing to have a child as a single mother has been the most difficult decision for me lately. I wish that it’s not one that I had to make. I wish that I had found my soul mate by now, but in my heart I think it’s wrong to settle and marry a man who I feel is not my soul mate and my life’s partner just because I want children. Someone else might feel differently, but I feel that would be untruthful to myself in the most profoundly spiritual way.