Two Benefits and a Dinner 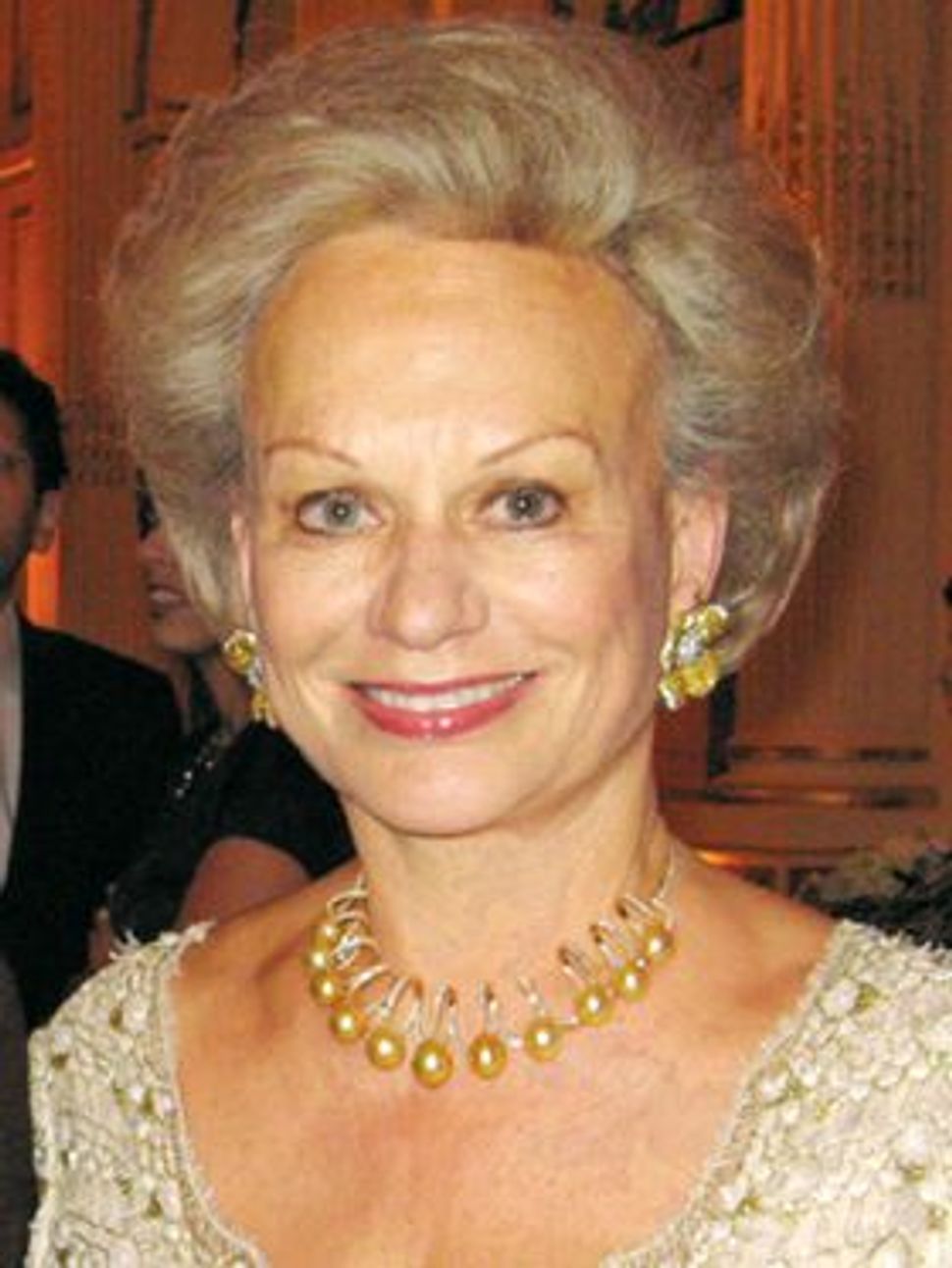 “As my grandmother in Taiwan would say, ‘Mazel tov!’” joked City Comptroller John Liu as he joined Rep. Carolyn Maloney in praising the Metropolitan Council on Jewish Poverty at its August 4 luncheon, held at Guastavino’s and honoring Builder of the Year award recipient Peter Riguardi, president of the New York tristate region of Jones Lang LaSalle. Touting Met Council’s partnership with UJA-Federation, its executive director and CEO, William Rapfogel, elaborated: “They help ensure that we have the infrastructure to offer assistance, that rents get paid.” 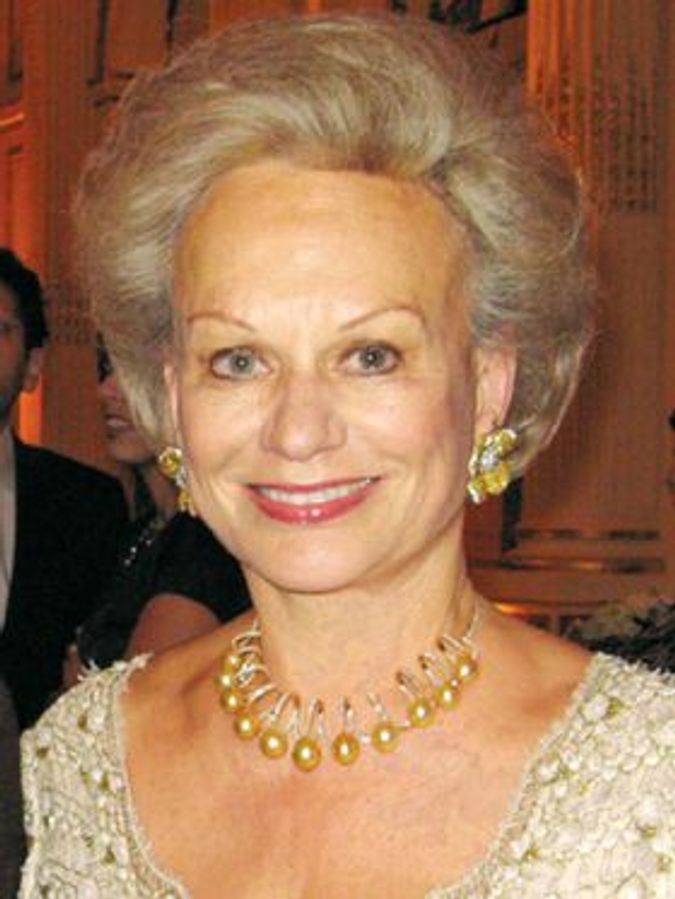 Met Council’s ethos is embodied by the testimonials of two of its clients. “I was in [Brooklyn’s] Brighton Beach… got thrown out of my apartment because I didn’t have money” Artie Specter began. “Without Met Council, I don’t know where I would be, [or] if I would be around.”

Describing her “charmed life,” Evelyn Lineal recalled, “I had a luxury apartment in Midtown Manhattan, worked as an entertainer, was in many films…. With the death of my parents… my world started to unravel. I lost my desire to work. I lost my apartment.” Detailing her wrenching journey to recovery, Lineal credited her hooking up with Met Council as “divine intervention.” “Not only did they find me affordable housing,” she said, they also “trained me for [their] crisis-intervention staff.”

The large representation of builders and real estate related guests among the 400 lunchers who helped raise $425,000, was a testament to the honoree’s standing in the real estate arena. Riguardi, who oversees 1,100 professionals in seven offices throughout the state, was in 2009 actively involved in three of the top 20 leases signed in Manhattan, including Paul, Weiss, Rifkind, Wharton & Garrison LLP’s 543,969-square-foot renewal at 1285 Avenue of the Americas, where he represented the building’s owners in the largest deal in the city this past year. Riguardi thanked Met Council for the honor and, noting Specter and Lineal’s testimonials, declared, “That sums it all up.”

During lunch, I was introduced to my tablemate Ayoob Kara, a Druse Israeli who is deputy prime minister and is with the Office for the Development of the Negev and the Galilee. “He’s going right back to Israel,” I was told as he left the lunch early. Guests included State Schools Chancellor Merryl Tisch, New York City Councilman Mark Weprin and State Comptroller Thomas DiNapoli.

In addition to the nearly 1,400 affordable housing units that the Met Council has developed and is currently operating (with 700 units in the pipeline), it provides 20,000 children and adults with free or low-cost health insurance; 2,500 seniors with personal home and health care services; 1,500 elderly, mentally ill and homeless New Yorkers with affordable housing, gently used clothing and furniture, and 5.5 million pounds of kosher food to households in need.

So how does one celebrate one’s 95th birthday? If you happen to be nimble-fingered songwriter piano whiz Irving Fields, you invite your family, friends and admirers to Nino’s Tuscany, an Italian restaurant on West 58th Street, where you have been entertaining at the keyboard six nights a week for the past six years. Well-wishers included Angela Lansbury, Donald Trump, surprise visitor Tony Bennett and field’s longtime friend from Managua, Nicaragua, Mario Sacasa. In fact, Fields is considered to be something of a national hero in Nicaragua, thanks to his 1946 hit “Managua, Nicaragua,” which put the small country on the geographic map and on top of the music charts. His second hit that year, “Miami Beach Rhumba,” gave Fields, as he told me, his “two greatest hits, which are now considered ‘standards.’” It’s been a long journey from Second Avenue, and from his debut, at age 10, in the Yiddish musical “Di Galitzyaner Khasene” [“The Galician Wedding”]. This was followed by seven Carnegie Hall concerts and, during the golden age of TV, appearances on the Milton Berle, Ed Sullivan and Jackie Gleason shows. Fields’s star-studded following includes Barbara Walters, Jackie Mason and Regis Philbin.

Between hugs, kisses and congratulations from a continuous stream of well-wishers that night, Fields attacked the piano with gusto, his fingers flying over the keyboard as he finessed music that elicited memories of decades past, yet, he insisted, “young people love my style of playing.” Though royalties from “Nicaragua” and “Miami Beach” are still most welcome, closer to home and heart is “Bagels and Bongos” (Decca Records), which, Fields said, “ fuses Jewish melodies with Latin rhythms” and, he added, “was a worldwide hit.” Fields said he followed up with “My Jewish Favorites” and “More Bagels & Bongos,” now available as a CD. His 2009 release, “My Yidishe Mama’s Favorites” (Tzadik), includes the classic “My Yidishe Mame” as a sultry tango, and the classic “Az Der Rebe Zingt/Sha! Shtil!” (“As the Rabbi Sings/Hush! Be Quiet!) in, as he says, “a charming cha-cha tempo.”

Not only is he a master songwriter and piano acrobat, but Fields also prides himself on being something of a bon mot originator. A recent sampling he sent me includes “There would never be any wars if music was a religion,” and, “With music you are never alone, when you are alone with music.” And if Fields is “the poster boy” for creative longevity, then perhaps, in addition to vitamins, yoga, no trans fats and a low-carb diet, it might be a good idea to resume those piano lessons abandoned years ago. It’s never too late.

The Museum of Jewish Heritage — A Living Memorial to the Holocaust, was center stage at two recent Hamptons fundraisers. On August 8, Ingeborg and Ira Rennert hosted “A Summer Evening in Sagaponack” to benefit the museum. In keeping with the museum’s current exhibition, “Project Mah Jongg,” a Chinese meal was served. The 90 guests enjoyed a dinner that included corn soup, duck with baby bok choy, filet mignon, a spring roll and, for dessert, a lychee parfait. Museum trustee Ingeborg Rennert was joined by fellow trustees Simon Bergson, Patti Kenner, George Klein, Rita Lerner, Ann Oster, Irving Paler and Walter Weiner, and by trustee emerita Rosa Strygler, who was singled out by Rennert for her work with Klein on the original New York Holocaust Commission, “for inspiring the second generation to get involved with the museum.”

On August 1, the Vered Gallery — East Hampton hosted a bagel brunch for the opening of the “Larry Rivers: “POP Icons” exhibit to benefit the museum. More than 100 donors attended the brunch, which celebrated Rivers’s first gallery exhibition in the Hamptons since his death in 2002.

Gallery co-owner Janet Lehr led the tour through the exhibition. She noted that the Holocaust museum brunch, along with the gallery’s Artists 4 Israel installation, “The Sderot Bomb Shelter Museum” — a multimedia installation with a direct internet hookup to Sderot (inspired by Artists 4 Israel’s “Murality Project,” and on view through August 24) — was something that “Larry Rivers would have embraced.”

Two Benefits and a Dinner