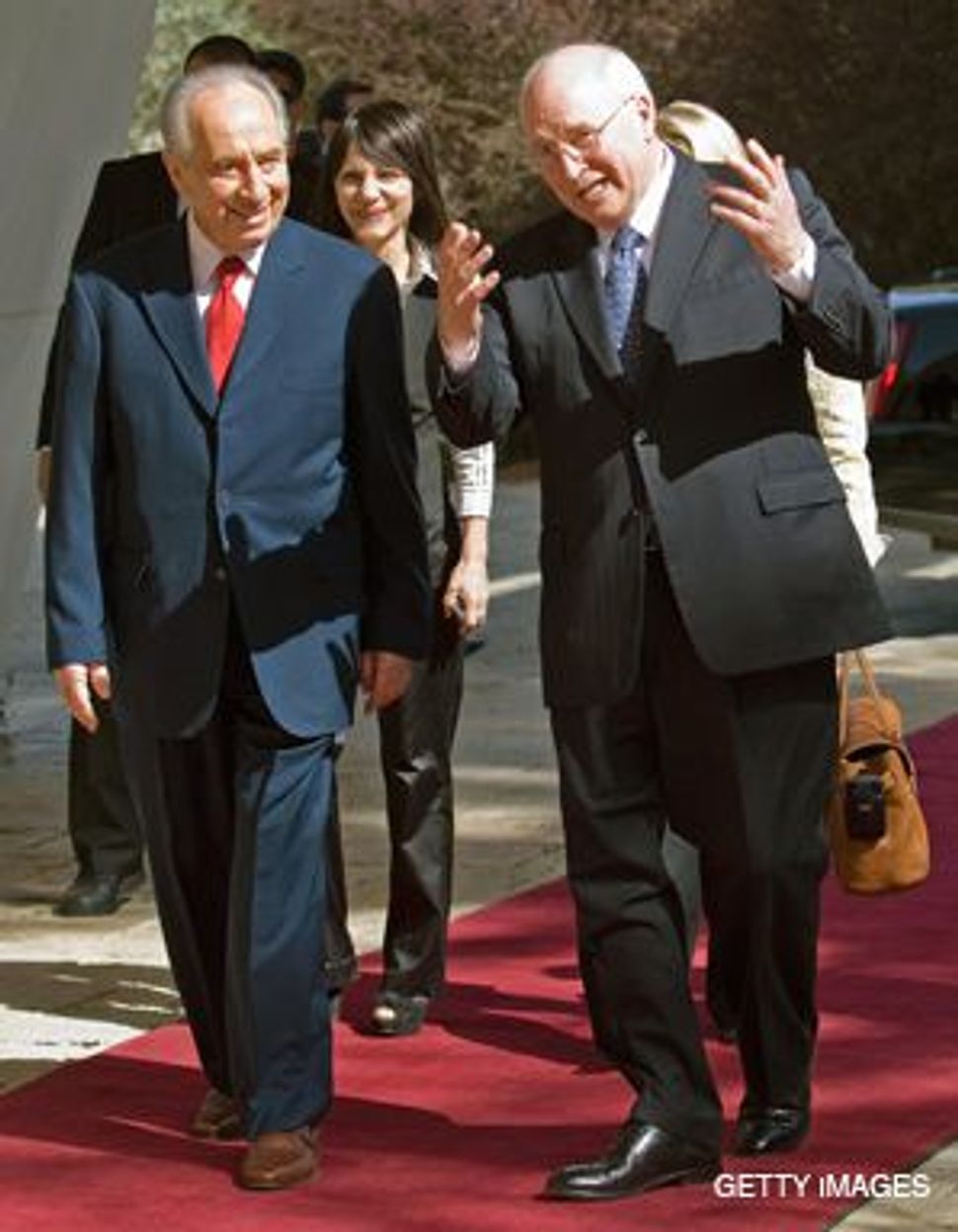 BYE, BYE: Vice President Cheney?s two-day visit to Israel was seen by some as little more than part of a farewell tour.

Jerusalem – Vice President Dick Cheney traveled to Israel and the West Bank this past week, but in a sign of what some Middle East scholars are calling “peace process fatigue,” the visit drew scant attention from the Israeli press and resulted in barely any progress on the ground. 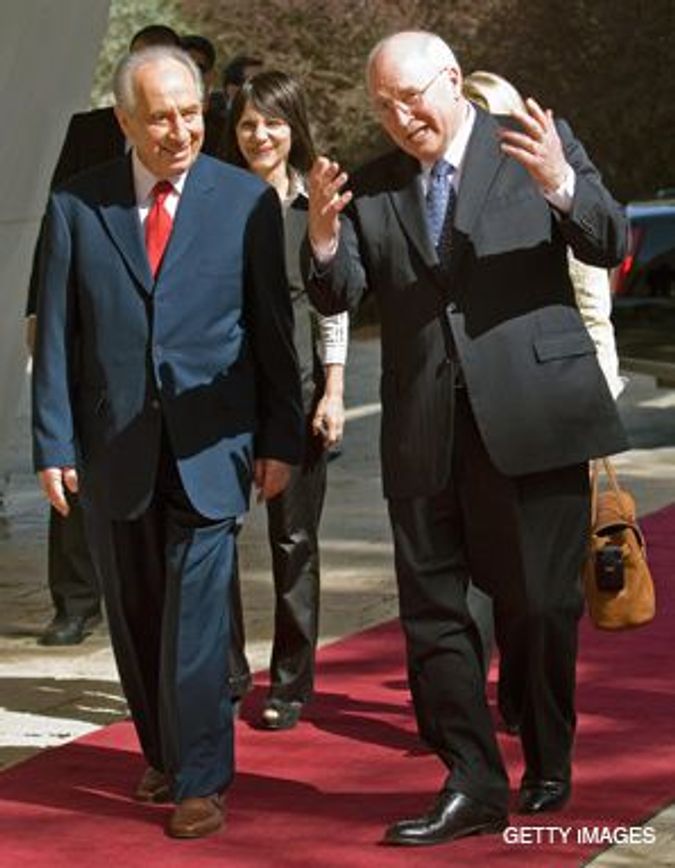 BYE, BYE: Vice President Cheney?s two-day visit to Israel was seen by some as little more than part of a farewell tour.

Cheney’s visit to Israel, part of a weeklong tour of the region, focused primarily on the Iranian nuclear threat, dealing only in general terms with the Bush administration’s push for an Israeli-Palestinian peace agreement by the end of this year. With Secretary of State Condoleezza Rice traveling to the region on almost a monthly basis, and President Bush making his first visit to Jerusalem as head of state last January, Cheney’s trip was seen here as little more than a requisite stop in the series of farewell trips being made by top Bush administration officials.

“There will be no Oslo-style headlines,” an Israeli official said, referring to the dramatic atmosphere that surrounded the breakthrough 1993 agreement between Israel and the Palestinians. “There are talks going on behind the scenes, but we are not at a point when we can come out and say, ‘We have a deal.’”

During his two-day visit to Israel and the West Bank, Cheney stressed America’s commitment to Israel’s security and placed much of the blame for the lack of progress on the Palestinians.

“Terror and rockets do not merely kill innocent civilians; they also kill legitimate hopes and aspirations of the Palestinian people.” Cheney said during a March 23 visit to Ramallah. Peace, he added, will require “painful concessions” from both sides.

According to Israeli sources, the vice president, in meeting with Israeli leaders, did not make any specific demands of Jerusalem. But as the sources added, Israel nonetheless understands that living conditions in the West Bank must be eased for there to be movement within the peace process restarted this past October in Annapolis, Md.

Israel is reportedly considering the implementation of several measures in the coming weeks, during which time Rice is scheduled to visit the region again. Foremost among them are lifting several roadblocks in the West Bank to allow freer movement of people and goods, and transferring control of the northern West Bank city of Jenin to the Palestinian Authority. Jenin would become the second city, after Nablus, in which Israel cedes control of security to the P.A., although the Israeli military has retained the right to conduct operations in these cities.

An Israeli government source said the Palestinians should not expect a total lifting of all restrictions on movement within the West Bank, since serious terrorist threats still exist.

“We’ll do what we can, but this won’t answer all the Palestinian demands,” the official told the Forward.