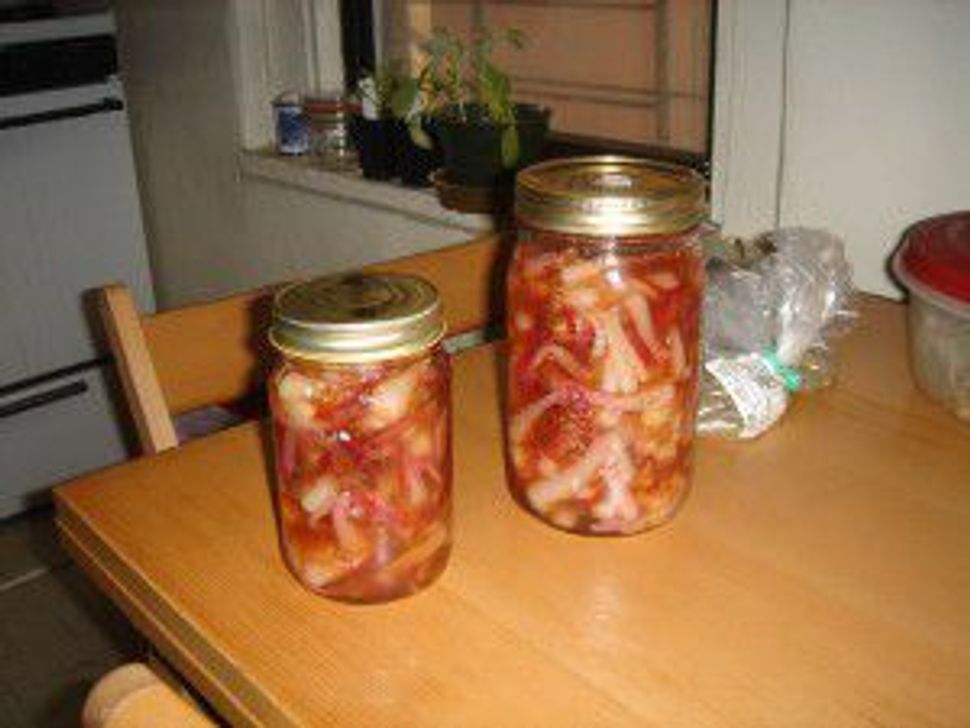 Until a friend recently told me about his foraging experience last week somewhere in a Bronx “forest,” I had never before heard of ramps. Ramps, also known as wild leeks, are a springtime treat on the East Coast. Ramps cannot be cultivated; they need to be foraged. That’s why they’re so expensive, so valued among New York City gourmands. My foraging friend harvested so many that he bartered a portion of his harvest for a meal at a nice restaurant, which featured the foraged treats.

Two days after hearing this story I began selling ramps at the farm stand in Brooklyn where I work. I talked them up all day long to those who hadn’t heard of them (before I even tasted them), but lots of folks were actually waiting all year long for them and ran up to the stand, usually exclaiming, “finally, you have them.”

One of the perks of operating a farm stand is that at the end of the day you get to take some extra stuff home. I got two bunches of ramps after that first day. I ran home to cook them up, and with a few friends made a salmon, ramp and chard dish. It was delicious. Sweet, with a bit of a garlic flavor, ramps are not overwhelming, but they are just generally pleasant to eat. They really enhance a meal.

I again worked the farm stand and this time at the day’s end there were too many ramps that wouldn’t survive another day of selling, so the farmer told me to take them home.There were literally a hundred bunches. I took home as many as I could fit in my backpack and raced home to pickle them. My bowls and pots were hardly large enough to contain them.

I had very little time to sort through recipes (I wanted to pickle them fresh), so I used the second one I found online then ran to the Park Slope Food Coop to get the necessary ingredients that I don’t have lying around the house (specifically the excessive amounts of apple cider vinegar and the celery seed).

I used this recipe from Seasonal Chef:

2) Drain off water and rinse. Combine vinegar, spices, remaining ¼ cup of salt and sugar in a non-reactive container such as a stainless steel pot. Bring to a boil, add ramps, bring back to the boil, and reduce heat and simmer for about 5 minutes.

3) Cool mixture completely and transfer to a glass container. Keep refrigerated. Pickled ramps are wonderful on sandwiches, or served with pork barbeque.

Next year I’ll be more prepared and will experiment with a recipe of my own. The final product, which is very pungent and flavorful, now sits in my fridge, waiting to dress my sandwiches once I’m back from ten days in California.