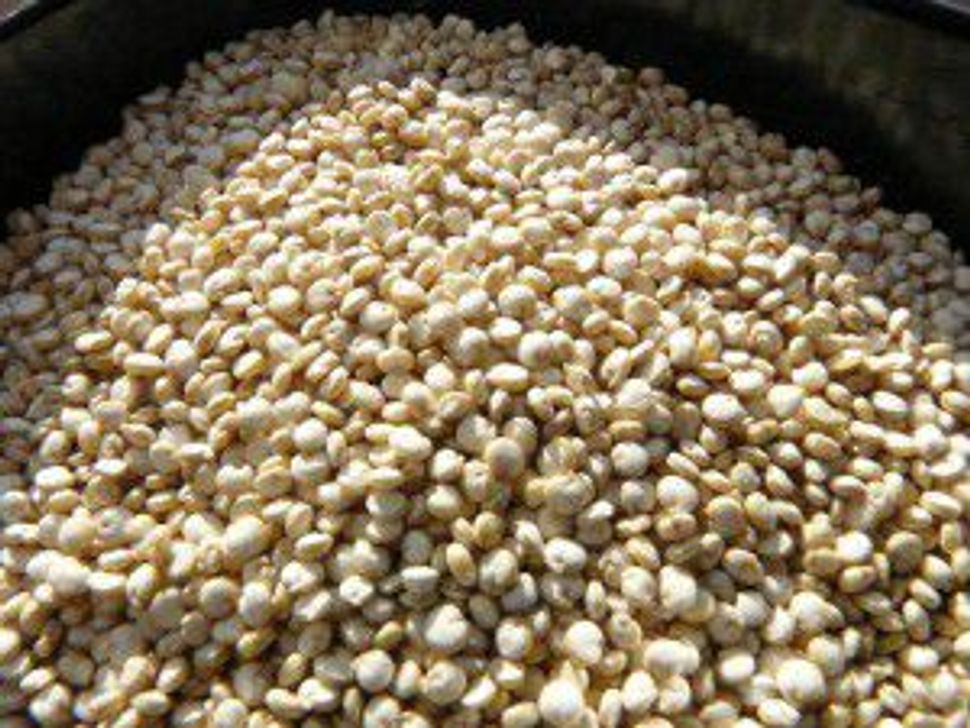 It is apropos that the Whole Grains Council has declared quinoa as the March Grain of the Month, as we begin Passover on the night of March 29th. Quinoa, a rockstar of a grain in its own right with tons of nutritional value, made its debut as a Passover friendly grain just a few years ago, forever changing the way many people cook for the holiday.

According to the laws of Passover, chometz (barley, rye, oats, wheat, and spelt [BROWS to many who attended Jewish day school]) and their derivatives are forbidden. An Ashekanazic rabbinic tradition developed where kitniyot, legumes, rice and other similar products that are processed similar to chometz, look like chometz when ground into flour, or may have even just a bit of chometz in them, were also outlawed for Passover (many Sephardic Jews eat kitniyot).

As luck would have it, the law of kitniyot applies only to items that the rabbis were aware of at the time this tradition developed. This means that, you guessed it, quinoa is allowed on Passover! No longer were the Jewish people restricted to endless variations of potato dishes.

You still can’t make macaroni and cheese (although if you are a fan of potato starch/egg noodles, have at it!), but here is a wonderfully filling and delicious quinoa recipe.

For more information about the laws of Passover, check out this link.

1 cup of quinoa, picked over

1) Heat 1 Tbsp oil in a sauce pan and cook 2 shallots and garlic over medium flame until soft, 4-5 minutes. Add mushrooms and cook 6-8 minutes more until they have released their liquid.

2) Add spices, quinoa, and water, stirring to combine. Raise heat and bring to a boil, then reduce heat and simmer 12-15 minutes until quinoa is tender and liquid has been absorbed. Allow to rest an additional 2-3 minutes covered, then fluff with a fork.

3) Meanwhile, heat remaining 1 tsp of olive oil in a small pan. Fry remaining 1 shallot until it is crispy and very browned.

Take a gander at my food blog for more recipes.