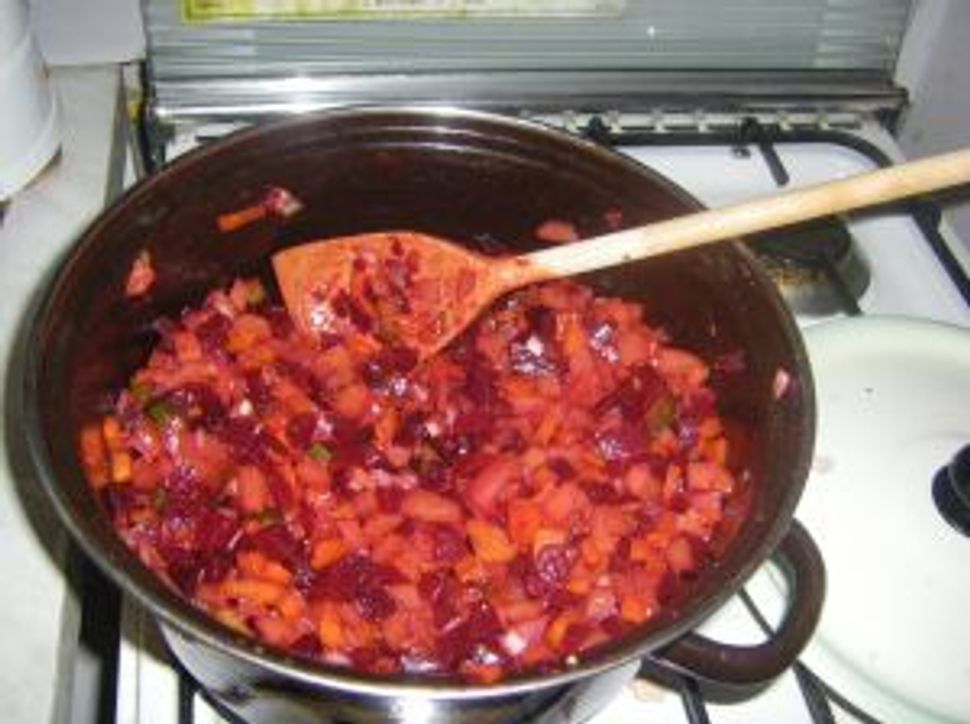 February 23, Defender of the Fatherland Day, is a former Soviet memorial holiday celebrating those soldiers who fell defending red Russia in the Russian Civil War from 1918-1921. Today it has become a sort of Men’s Day (to compliment Women’s Day, which takes place on March 8). Although many Ukrainians don’t celebrate this holiday, our office takes it very seriously and prepares an entire spectacle and feast for the men. This year, the women transformed the office into a Ukrainian kolkhoz (a collective farm during Soviet times, basically a Soviet kibbutz) and sang a Ukrainian song, with the lyrics changed for the men in our office.

some pepper or spice

The first task is to scrub the bejeezus out of your veggies. Unlike in America where your produce is washed and sparkling, vegetables here look like they were just plucked right out of the ground and put on display (in fact, this is probably exactly what happened, as produce is all grown fairly locally and quite organically).

Boil the beets for 35 minutes, and the carrots, and potatoes for 15. Cool and peel. Dice beets, carrots, potatoes, onion, and pickles and mix together in a large bowl. Add lemon juice, oil, and spices. Stir well, and refrigerate for at least two hours before serving. Priatnovo apetita!