Losing a Mentor, Gaining an Opponent 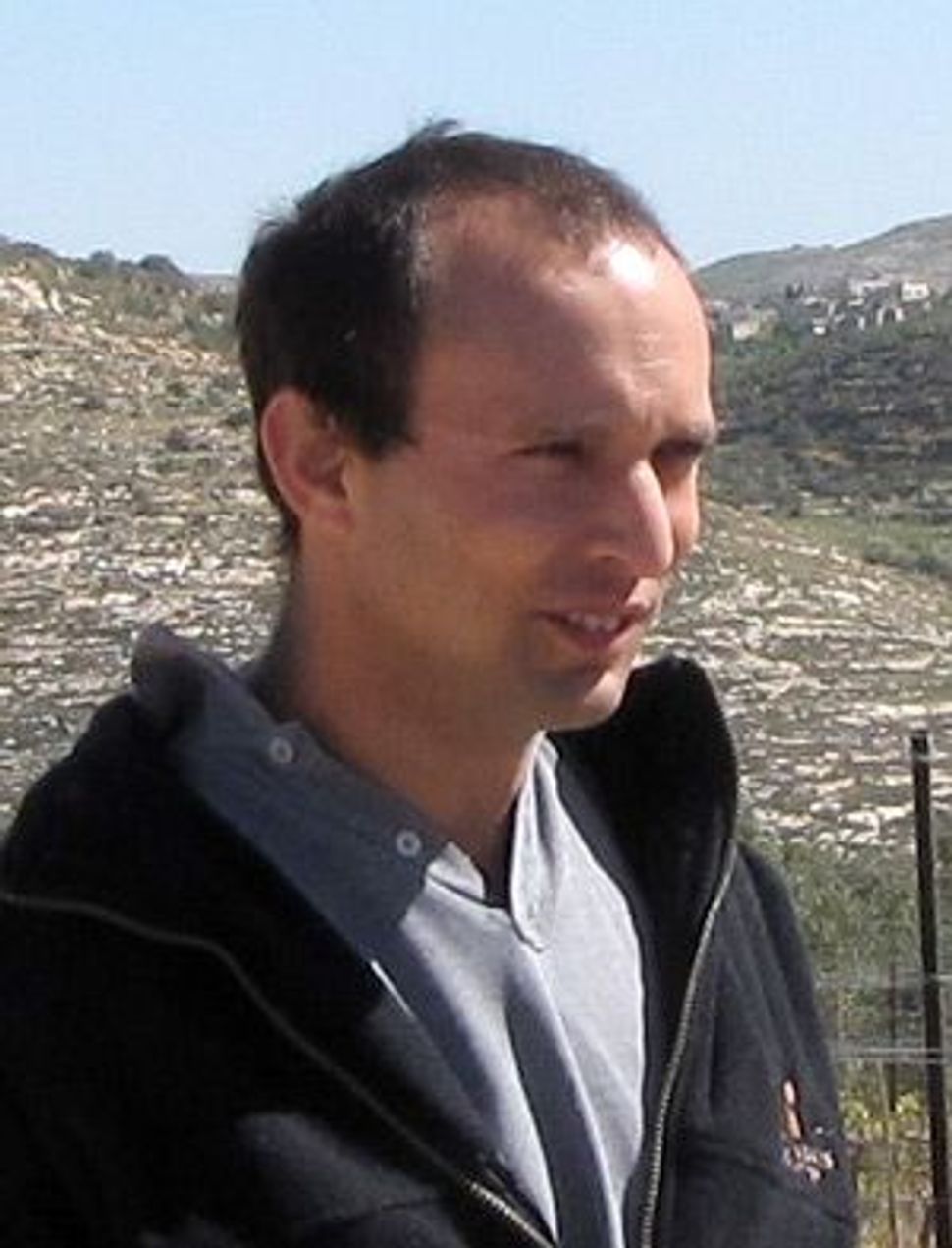 Three years ago, Naftali Bennett was celebrating with Benjamin Netanyahu. Bennett had just managed Netanyahu’s successful campaign in the Likud primaries, in which the former prime minister won a decisive victory over far-right challenger Moshe Feiglin, cementing his control over the party and paving the way for his return to the premiership. 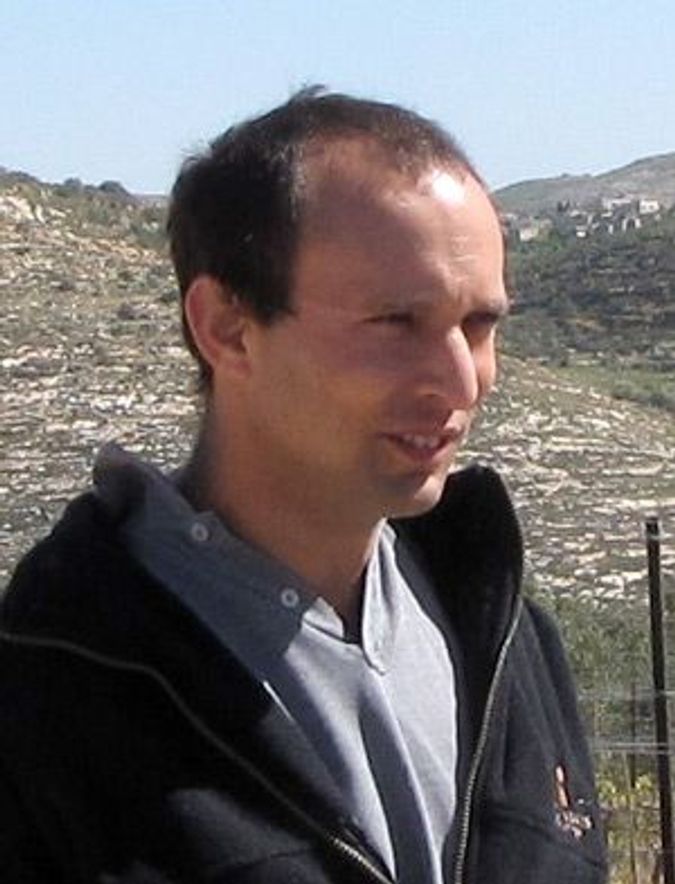 But today, Netanyahu and Bennett, his chief of staff from 2006 to 2008, are at loggerheads.

In 2009, Netanyahu became prime minister and since then has imposed a 10-month building freeze in the West Bank’s Jewish settlements. He is currently taking Israel back into negotiations with the Palestinians.

In February of this year, Bennett became CEO of the Council of Jewish Communities in Judea, Samaria and Gaza, commonly known the Yesha Council. Bennett is the settler umbrella body’s first senior leader to live not in a settlement but rather within the Green Line.

As Netanyahu leads Israel toward peace talks, he “is being bullied into doing something that is against Israel’s self-interest, and he knows it, but he feels that he doesn’t have a choice,” Bennett told the Forward during an interview in his home in Ra’anana, a suburban city north of Tel Aviv.

“I feel that he has a choice, he should have acted differently, and it’s not too late — he still can, though it’s getting more difficult every day,” Bennett added, referring to Netanyahu’s willingness to go along with the Obama administration’s push for Israeli-Palestinian negotiations.

Bennett said he is “deeply disappointed” with the politician he was so keen to help that he put his spectacularly successful high-tech career on hold.

In 1999, Bennett co-founded Cyota, a company that develops anti-fraud software and became its CEO. He sold the company in 2005 to U.S.-based RSA Security for $145 million. In 2006, Bennett was pondering what to do next when a friend introduced him to Netanyahu, who at the time was leader of the opposition Likud party. Netanyahu subsequently offered him the chief of staff position.

While many are waiting to see whether Netanyahu will renew the settlement freeze when it expires on September 26, Bennett is calling for a third option. He wants Netanyahu not only to do away with the freeze but also to make planning applications in the West Bank “just like in the rest of Israel” — not subject to Defense Ministry approval as they currently are, rather just to normal planning processes.

In the coming years, he wants to see the Jewish population of the West Bank — which he always refers to by the biblical regions it covers, Judea and Samaria — swell to a million.

In his vision for the future, Bennett says that Palestinian areas currently designated “Area A” under the Oslo Accords and possibly some other lands — amounting to 40% of the West Bank — should be under full Palestinian control. Bennett’s vision is distinct from ideas recently proposed by some leading Likudniks, in which Israel would annex the entirety of the West Bank. Whereas these proposals would involve some gradual extension of citizenship rights to Palestinians, Bennett rejects this idea. Instead, he touts the autonomy he wants to grant — which would include the right of Palestinians to elect Palestinian leaders and self-governance in most respects — as an alternative to full-fledged Palestinian statehood.

Bennett said he is against any settlement building on privately owned Palestinian land. In cases where this has happened, he said that legal action should be taken against the guilty party — “either you move the homes or reach an arrangement of compensation like anywhere else in Israel according to Israeli law.”

In his interview with the Forward, Bennett, who is 38 years old and, though balding, looks youthful and trim, was enthusiastic about the strategic and cultural importance of the territories Israel captured in the 1967 Six Day War.

“Jerusalem and Judea and Samaria are the heart and soul of Israel,” he said. If Israeli control of these areas is compromised, he explained, they will become bases for Iranian-funded radicals, and Israel will have “a soulless body, which I think will not survive in the long term.”

Bennett is an atypical exponent for such views. He grew up far from the territories, in Haifa. His wife is secular, while he describes himself as “moderate Orthodox.” They live in leafy, middle-class Ra’anana, a city that epitomizes pre-1967 Israel.

Bennett’s background has raised the hackles of some settlers. Asked for her opinion of Bennett, Daniella Weiss, former mayor of Kedumim in the West Bank and an icon of hard-line settlers, said that “he’s like a U.N. spectator — he’s an outsider.” She likened the Yesha Council’s choice to an army selecting “a chief of staff who hasn’t been in a large battle.” A settler leader “has to know what it’s like having sheep and goats, and one Shabbat afternoon, Arabs coming and stealing them,” she said.

But Bennett claims that his place of residence is actually an advantage. One of his main priorities is to ensure that a mass evacuation, like that which accompanied the Gaza disengagement of 2005, will not take happen again. The disengagement was able to take place, he said, because settlers failed to galvanize mainstream Israel against it.

“We saw in Gush Katif how quickly houses can be demolished, and that’s why there’s a lot more outreach and connection to the Israeli public,” he said. He added: “There was the disengagement and Yesha’s main mission today is to re-engage.”

In this “re-engagement,” by which he means attempting to win over other Israelis to the settlers’ side, having a non-settler heading the Yesha Council sends an important message, he said. Indeed, Bennett was recruited to the Yesha Council by Danny Dayan, who since 2007 has served as the Yesha Council’s first secular chairman. Bennett hopes that working together, the Ra’anana resident and the secular settler will drive home the point that “Judea and Samaria is not a sectoral issue.”

“The folks that live in Judea and Samaria are living there, many of them, as a mission both from a spiritual sense and from security reasons….,” he said. “Judea and Samaria, from their perspective, is not about them and their house and what will happen. It’s about am yisrael, therefore there’s nothing strange about having a CEO living in Ra’anana — it’s all one Israel.”

Losing a Mentor, Gaining an Opponent