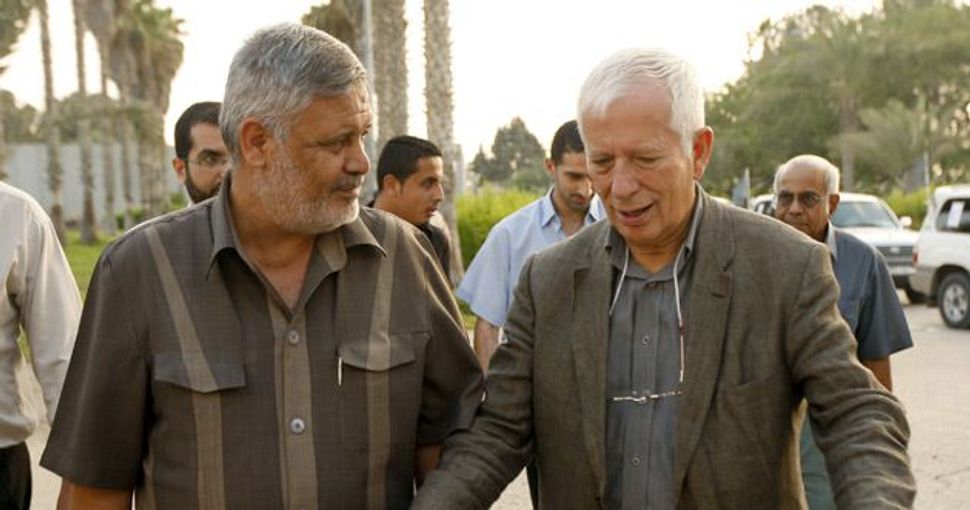 A year and a half after Israel’s Gaza military operation — the focus of the United Nations’ damning Goldstone Report — a new investigation launched by the Human Rights Council and due in mid-September will finally examine what Hamas has done to account for its own role in the conflict.

The Goldstone Report accused both Israel and Hamas of committing war crimes. In addition to describing 30 instances in which it said Israel breached international law, it also described the thousands of missiles that were lobbed by Hamas directly at civilian populations in southern Israel.

But since the report was issued, in September 2009, the U.N. General Assembly has twice asked for updates on what has been done to answer the allegations made by the commission headed by South African judge Richard Goldstone. In both instances, the G.A. did not make any specific requests of Hamas, which controls Gaza and is not formally recognized by the international body. Instead, there was reference to “the Palestinian side.”

On the first deadline, at the end of January, Israel and the Palestinian Authority in the West Bank both issued reports on their ongoing investigations into the conflict. Hamas also published its own findings and delivered them to the U.N. base in Gaza, but they were not included in the final report presented by Secretary General Ban Ki-moon to the G.A. After that first accounting, the General Assembly requested another update in five months.

That second deadline came in August, and once again Ban’s follow-up report included no material from Hamas. Like the first report, it contained documents produced by Israel and the P.A. describing their ongoing investigations, and a short introduction by Ban.

Neither follow-up report has assessed the quality of the various probes into Goldstone’s claims. Israel has launched and, in some cases, charged soldiers in various criminal investigations. Instead, Ban, in this latest report, simply noted, “I have called upon all of the parties to carry out credible, independent domestic investigations into the conduct and consequences of the Gaza conflict.”

After the second follow-up, Human Rights Watch issued a statement saying that Israel’s military investigations have fallen “far short of addressing the widespread and serious allegations of unlawful conduct during the fighting.” But Hamas, it said, has “announced no serious investigations whatsoever.”

Now, the Geneva-based U.N. Human Rights Council, which provided the mandate for the Goldstone Report, is launching its own inquiry to judge for the first time the quality of the aforementioned investigations. And according to several human rights groups, it also will examine whether Hamas has scrutinized its own actions, as is frequently demanded of Israel. Made up of, according to Ban, “a committee of independent experts in international humanitarian and human rights laws,” it will look at “the independence, effectiveness and genuineness” of investigations launched by all sides, including “their conformity with international standards.”

Fred Abrahams, a senior researcher at Human Rights Watch, said that the reason Hamas has so far avoided serious scrutiny has much to do with the campaign waged by countries like the United States and Israel to deny the group legitimacy.

“It’s very ironic,” Abrahams said. “In its stance towards Hamas, the U.N. is pursuing the policies of Western states. But it puts them in a less forceful position to demand accountability from them.”

In June, the Human Rights Council announced a “committee of independent experts” for its investigation. The panel includes Param Cumaraswamy from Malaysia, a U.N. expert on the independence of judges and lawyers; Christian Tomuschat, a German who is professor emeritus at Humboldt University in Berlin, and Mary McGowan Davis, an American judge.

Davis, a former New York State Supreme Court justice, has been involved, since her retirement in 1998, in human rights law and in helping to ease the transition of legal systems in Iraq and Afghanistan.

A group of 16 observers associated with the committee visited Gaza in mid-August, entering through the Rafah crossing with Egypt.

Israel has refused to participate in the Human Rights Council’s investigation, just as it refused the demands of the original Goldstone Commission. It has, however, been producing the reports that have been delivered to Ban and the G.A., detailing Israel’s own investigations into the 30 incidents described in Goldstone’s report.

Aharon Leshno Yaar, Israel’s ambassador in Geneva, dismissed the new investigation as one more “obsessive and unique examination” of his country by the Human Rights Council.

“Israel has significant concerns about the balance of the mandate and agenda of this new panel,” Leshno Yaar said when the panel’s participants were announced in June. “Israel has already made public detailed information about its investigations into the events of Operation Cast Lead and has promised to continue to do so until the conclusion of such inquiries, regardless of actions in Geneva.”