Yizkor for Jabotinsky: The Prophet Half-Heeded 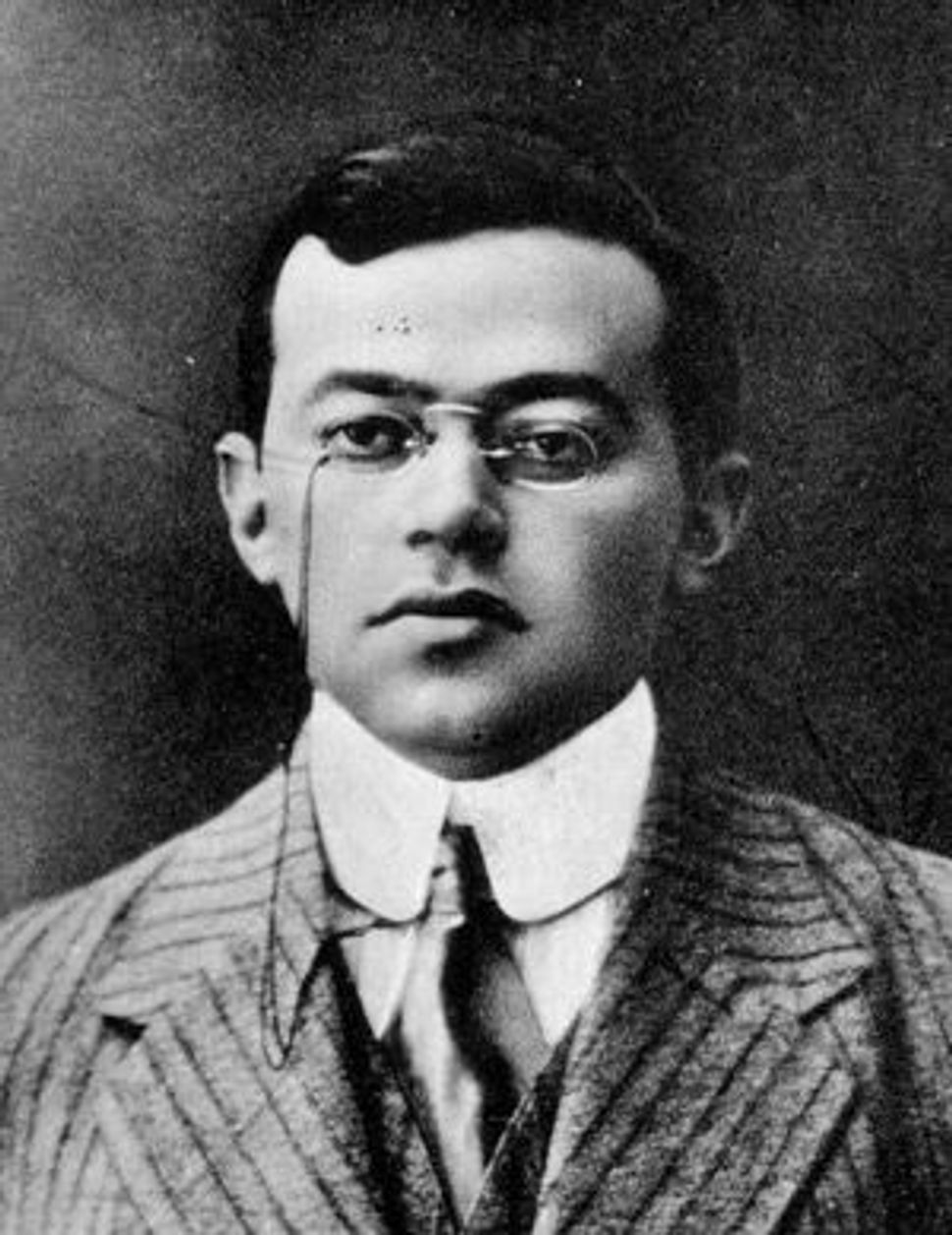 As a Young Man: An undated photo of Jabotinsky in Warsaw. Image by FORWARD ASSOCIATION

The 70th anniversary of the death of Vladimir (Ze’ev) Jabotinsky, father of Revisionist Zionism, passed quietly this year. This was not a result of neglect; Jabotinsky simply does not need a special day to be remembered, not when most of the members of the current Israeli government would classify themselves as “Jabotinskyites.” 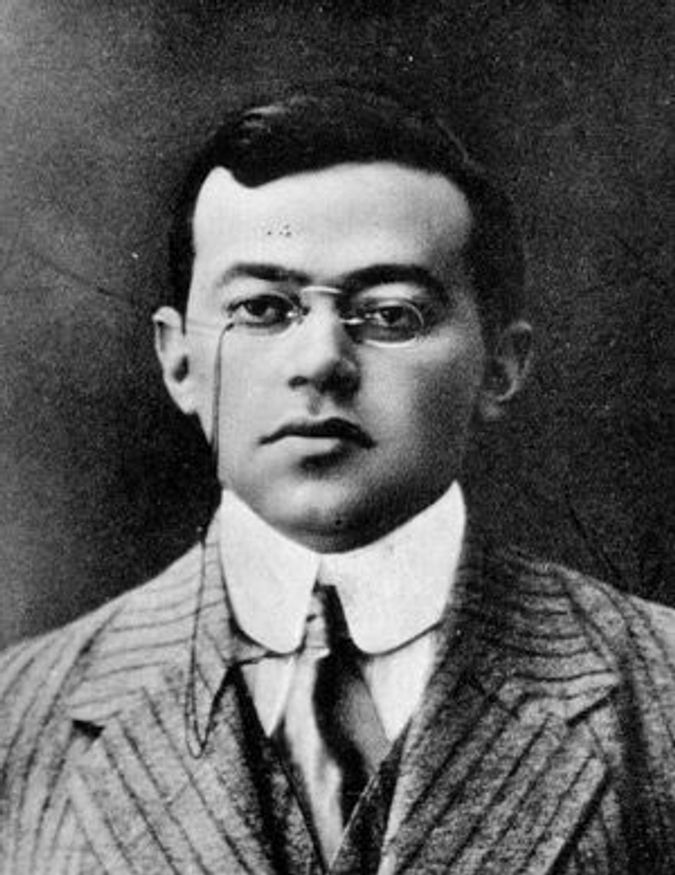 As a Young Man: An undated photo of Jabotinsky in Warsaw. Image by FORWARD ASSOCIATION

At New York’s only memorial for him, an evening organized by Americans for a Safe Israel and held at Manhattan’s Park East Synagogue, the keynote speaker was Douglas Feith, a prominent neoconservative who was under secretary of defense for policy in George W. Bush’s administration. Early on in his talk, Feith highlighted this distinction about Jabotinsky.

Jabotinsky, the small, tough, intellectual Jew from Odessa with owlish glasses and jug ears, is long dead. But his political philosophy — or those aspects of it that have been plucked by his ideological heirs — remains very much alive. More specifically, his assessment of the territorial conflict between what we now call Israelis and Palestinians has been a North Star for those on the right.

Today, at the brink of renewed Israel-Palestinian peace talks, with skepticism abounding, there is a tendency on the right to turn to Jabotinsky’s most famous essay on the Arab-Jewish conflict, “The Iron Wall,” in which he wrote, “A voluntary agreement between us and the Arabs of Palestine is inconceivable now or in the foreseeable future.”

At the gathering in Manhattan, this quote was cited twice. Someone even said, “It could have been written this morning.”

But Jabotinsky’s ideas have also been simplified over the decades, unmoored from their original context and made to sound like eternal pronouncements.

For one thing, Jabotinsky’s fierce nationalism was only one side of his intellectual identity. He was also a great believer in individual rights, a staunch secularist, a liberal (in the old-fashioned sense) and a democrat. He had no patience for any kind of collectivist mentality — whether communism or fascism. He would not know what to do with the Religious Zionist settlers who have colonized the West Bank and see him as a hero. He might appreciate their personal bravery, but he would most likely disdain their holy motivations. This is a man who wanted to render Hebrew in the Latin alphabet and who envisioned a day when there could be an Arab vice president leading alongside a Jewish president.

Jabotinsky was also never tested by actual power, unlike David Ben-Gurion and Chaim Weizmann. His death of a heart attack in 1940 at the age of 59, while visiting a camp in the Catskills run by Betar (his militaristic youth group), cut short his life before the birth of the Jewish state. And according to many thinkers who have examined Jabotinsky’s beliefs, this allowed him to avoid coming to terms with what might have been the irreconcilable nature of his extreme nationalism and his democratic principles.

“Jabotinsky, partly because of his experience and the tenor of the times, could not see that his twinning of democratic individualism and nationalism, which made perfect sense as long as you’re an oppressed people, don’t necessarily sit very well together once you are in power,” said Bernard Avishai, author of the 2008 book, “The Hebrew Republic: How Secular Democracy and Global Enterprise Will Bring Israel Peace at Last.” “An ultranationalist in a colonized country always has the air of democratic radicalism, but as soon as they get into power, their nationalism proves to be very incompatible with the kind of democratic freedoms that they said they stood for.”

It is precisely in regard to the question of how to solve the problem of two people demanding sovereignty on the same piece of land — which he takes up in “The Iron Wall” — that Jabotinsky’s meaning, his lesson, seems to have been distorted.

It should be said, first of all, that he envisioned a greater Israel that would straddle the Jordan River and that he refused any notion of partition. In this sense, he was the extreme hard-liner who is revered today by extreme hard-liners. But he also saw an endpoint to hostility with the Arab population in what was then the Palestine of the British mandate era.

Jabotinsky’s concept of the Iron Wall was this: The Jews needed to make it clear that they were indestructible, that they were not going away. Jabotinsky respected the national desires of the Arab population, granting them a degree of legitimacy in describing theirs as a “hunger” as compared to the Jewish “starvation” for a homeland. The Arabs would not accept Jewish authority in Palestine unless they were convinced there was no hope of expelling the Jews. When they came to accept this reality, then a new phase could begin between the two people.

“For him the iron wall was not an end in itself but a means to the end of breaking Arab resistance to the onward march of Zionism,” wrote Avi Shlaim, an Israeli historian, in his book named after Jabotinsky’s essay. “Once Arab resistance had been broken, a process of change would occur inside the Palestinian national movement, with the moderates coming to the fore. Then and only then would it be time to start serious negotiations.”

Jabotinsky talked of negotiating over “civil and national rights,” though he did not specify what these rights could mean to him. Whether he intended some kind of political autonomy or a separate state is not clear. But he did see the possibility of a settlement.

Israel today is not the hardscrabble Yishuv of 1925. It was much easier then to argue that the Jewish settlers should take an uncompromising stance. But post-1967 and armed with an atomic bomb, there are many who would argue that Israel has long arrived at the point where it has proved its indestructibility. The Iron Wall, by this logic, should begin to descend.

Yet Feith, who opposed the Oslo Accords of the 1990s, argued in his talk that we are not yet there.

“The current campaign to delegitimize the Jewish state — to depict Israel as a nation born in aggression against the Arabs; lawless and immoral; deserving of contempt, denunciation and isolation — shows that Israel’s enemies retain the view that Israel is vulnerable,” Feith said.

Peace will be possible, he said, only when Palestinian nationalism is more than “persistent, debilitating, hateful opposition to Zionism.” With Iran now “an important element in the conflict,” it’s clear that Feith does not see this day arriving anytime soon.

Feith is far from the only one who reads Jabotinsky descriptively but not prescriptively, who accepts Jabotinsky’s notion of a conflict that pits two sets of principles against each other, but cannot entertain the next step: that the day Jabotinsky had imagined of the Jewish people negotiating from a place of strength might already have arrived.

For some, the notion that the reality of the conflict is fundamentally different today, in 2010, is simply impossible to accept.

“Jabotinsky is very significant for the political reality that we have today,” said Yisrael Medad, director of information resources at Menachem Begin Heritage Center in Jerusalem. “Nothing has really changed in relation to the Arabs, in relation to who we are as Zionists. These things haven’t moved anywhere in the past 80 or 90 years. You can change the name of the mufti to Arafat, British to the Americans, but these paradigms have not shifted one millimeter.”

Yizkor for Jabotinsky: The Prophet Half-Heeded