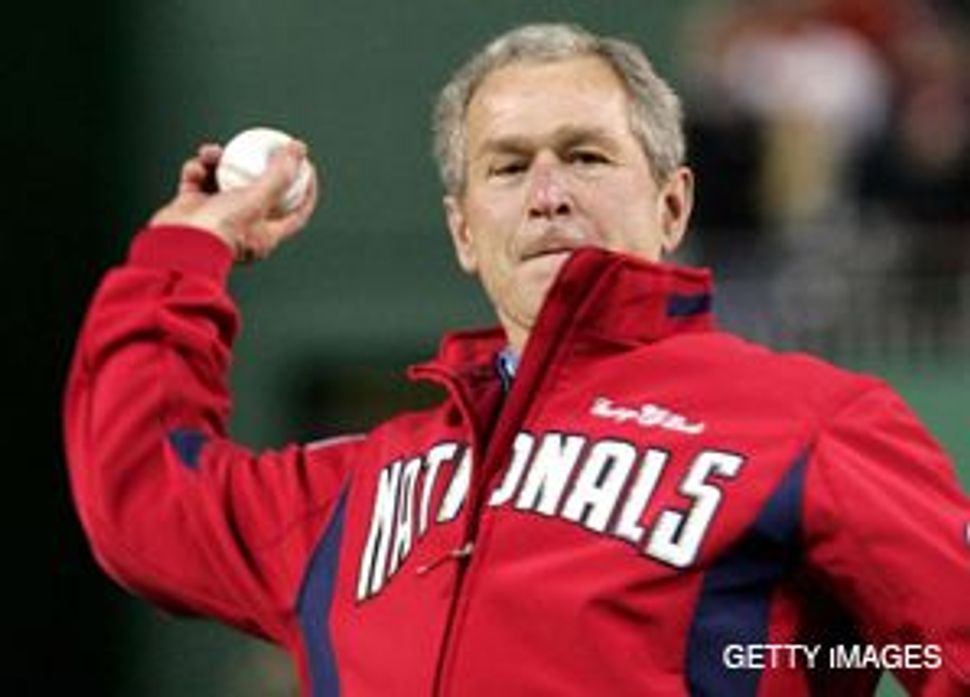 Washington, D.C. – After more than three decades of playing the baseball equivalent of neglected stepchildren, Washingtonians finally have a state-of-the-art ball field to call their own. Nationals Park was inaugurated this past Sunday night with all the fanfare befitting a team headquartered in the nation’s capital. 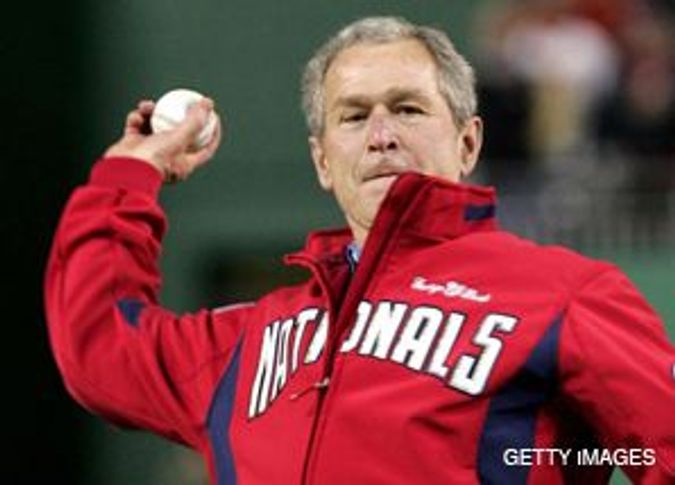 Opera diva Denyce Graves belted out the national anthem. President Bush, a onetime owner of the Texas Rangers baseball franchise, tossed out the ceremonial first pitch. And, in a storybook ending, third baseman Ryan Zimmerman proceeded to slam a bottom-of-the-ninth homerun to win the opener for the home team.

But joy in Mudville had not arrived without struggle. Since 1971, when the city’s Senators (the precursors to the Rangers) decamped for Texas, there had been a baseball void in Washington, and filling it was no mean feat.

The city’s diehard baseball fans, myself and other Jews among them, fought long and hard for the return a hometown team. Ryan Zimmerman may not be a member of the tribe, but the story of baseball’s triumphant return to the nation’s capital has not been without a Jewish storyline.

After years of agitation by citizens’ groups like Return Baseball Immediately (which shared its initials, RBI, with the abbreviation for runs batted in), Major League Baseball relocated the Montreal Expos, who were never shown enough love by Canadians, to Washington in September 2004.

Renamed the Nationals — Senators was avoided as Mayor Anthony Williams and other local politicians were opposed to having a name that ignored the fact that residents of the District of Columbia are denied voting representatives in Congress — the team initially had to share the 46-year-old RFK Stadium with the local soccer team.

Their shabby accommodations notwithstanding, the Nats, as the team is affectionately known, hugged first place during the first half of their debut season. Reality set in when the Nats fell down the standings ladder. During the second season, the team often landed in the cellar, but the faithful took comfort in the fact that it was “their own” cellar.

They make for a most haimish combination. The Lerner family is very supportive of Jewish causes and Israel. Patriarch Lerner grew up poor in D.C. Jewish neighborhoods and used to usher at the old Senators’ stadium. Son Mark is running the team along with his sisters and brothers-in-law. Katsen worked for Ted Turner for 27 years and built up the successful Atlanta Braves. Katsen, the child of Holocaust survivors, is certainly the only fluent Yiddish speaking baseball team executive.

This past year saw a rush to build a new stadium in time for opening day. The city underwrote $611 million in stadium financing, and the Lerners kicked in $50 million more for upgrades. Built by the Anacostia River in an area formerly populated with dance and strip joints, the stadium is just two miles southeast of the seat of power.

Nationals Park, which seats 41,888, is the first in the country to gain green certification. The stadium was designed in a populist spirit; the best vistas can be had from the cheapest seats. Outfield seats are are a patriotic blue and red. The scoreboard is broadcast in high definition and stretches a neck breaking 47 feet high and 120 feet wide. Entertainers in presidential dress hold races during inning breaks. At the opener George Washington easily beat Thomas Jefferson.

The cheerful Katsen did not shrink from using his parents’ native language in describing the new stadium. “We’re so proud to be adding this new jewel to the landscape of our nation’s capital. We’re all absolutely kvelling.”

Those who keep kosher were not neglected. There are two kosher food stands piled high with hot dogs and knishes.

The owners understand the loyal devotion for baseball in Jewish families. Lerner’s son-in-law Robert Tanenbaum, who works on the business end, recalled, “My grandmother Molly, born in Russia, actually became a student of the game so she could be a better grandmother to her six grandchildren, and she stayed a fan her whole life.” So when they decorated stadium columns with pictures of famous Hall of Famers, included were Jewish folk heroes, Hank Greenberg and Sandy Koufax.

Aviva Kempner wrote and directed the documentary “The Life and Times of Hank Greenberg.”