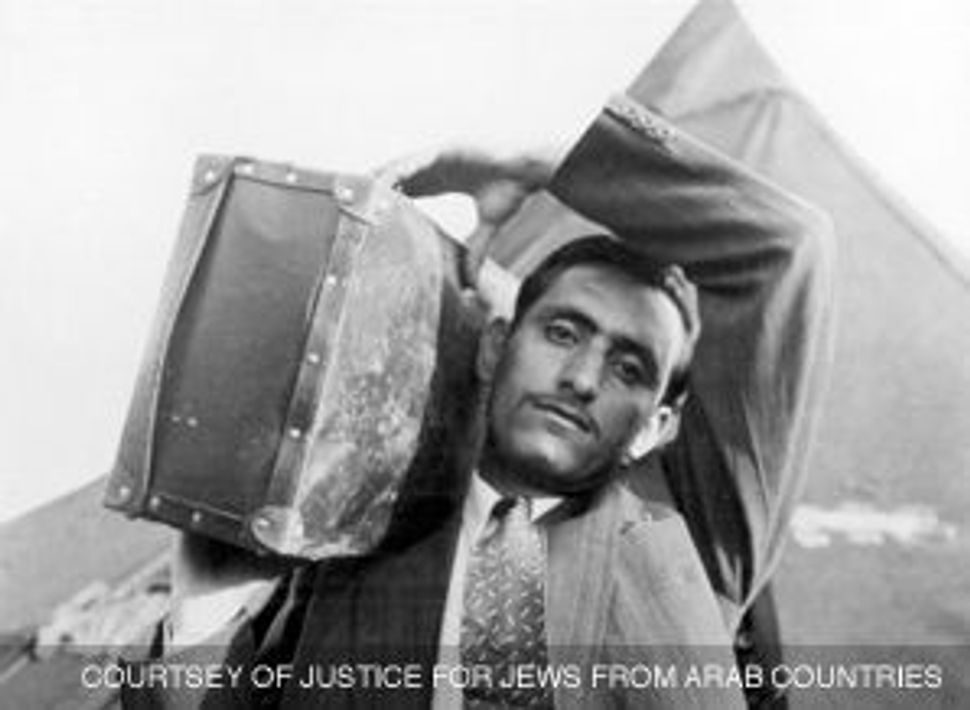 REMEMBER THE REFUGEES: An Iraqi Jew lands in a transit camp in Israel during the 1950s. The fate of an estimated 850,000 Jewish refugees was recognized in legislation passed April 1 by the House of Representatives.

Washington – A groundbreaking resolution adopted April 1 by the House of Representatives will require the administration to bring up the plight of Jewish refugees from Arab countries when the matter of Palestinian refugees is raised in any international forum discussing the issue. The resolution received bipartisan support and was backed by all major Jewish groups. 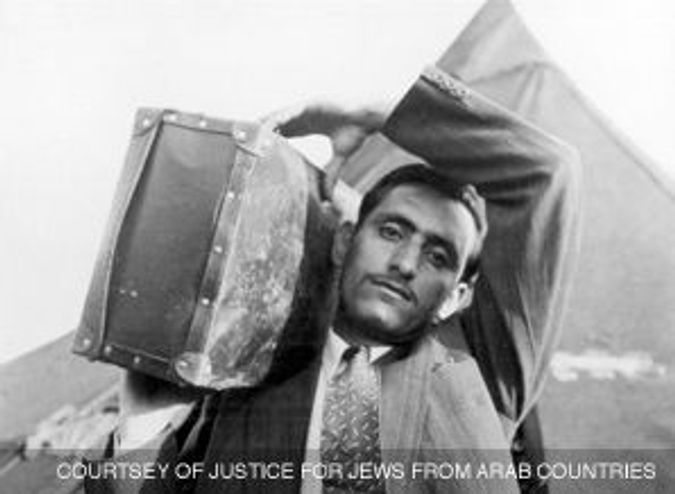 REMEMBER THE REFUGEES: An Iraqi Jew lands in a transit camp in Israel during the 1950s. The fate of an estimated 850,000 Jewish refugees was recognized in legislation passed April 1 by the House of Representatives. 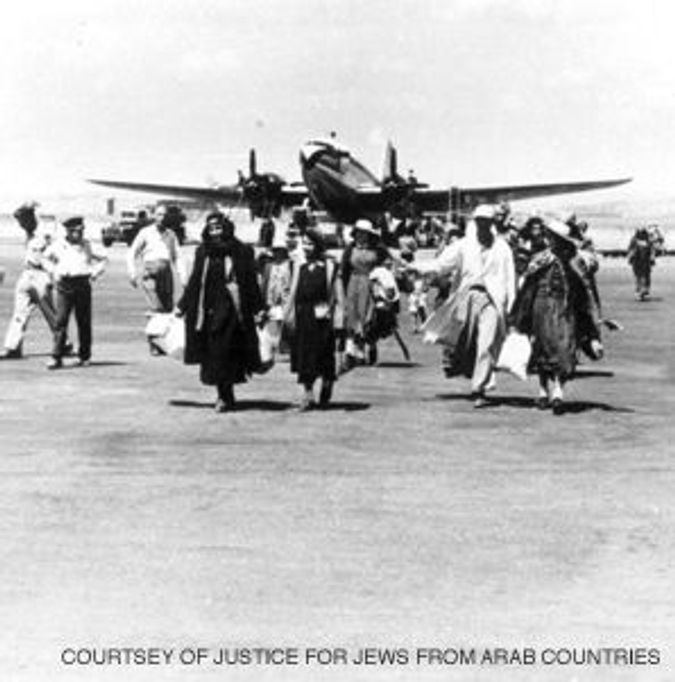 HOME AWAY FROM HOME: An airplane arrives in Israel carrying Jewish refugees from Iraq, circa 1955

In recent years, Congress has been hesitant to recognize the plight of the estimated 850,000 Jews who were forced to leave Arab countries after the establishment of the State of Israel, out of concern that doing so would negatively affect ongoing final-status talks between Israel and the Palestinians.

Efforts to pass earlier versions of the legislation floundered after being viewed as a direct assault on the issue of Palestinian refugees. The resolution passed this week garnered widespread support by forgoing language seen as questioning the Palestinian right of return.

“One of the reasons the community backed this resolution is because it was seen as a recognition of the plight of Jewish refugees without having any connection to the debate over the conflict,” said Hadar Susskind, Washington director for the Jewish Council for Public Affairs, which is one of the groups supporting the resolution.

The bill, introduced by New York Democratic Reps. Jerrold Nadler and Joseph Crowley and Republican Reps. Ileana Ros-Lehtinen of Florida and Mike Ferguson of New Jersey, urges administration officials who participate in international ne gotiations relating to the issue of Palestinian refugees to “include a similarly explicit reference to the resolution of the issue of Jewish refugees from Arab countries.”

Crowley said that the resolution is aimed at increasing understanding of the fate suffered by Jewish refugees from Arab countries.

“The world needs to understand that it is not just the Arabs and it’s not just the Palestinians in the Middle East, but also Jewish people who themselves were dispossessed of their possessions and their homes,” he said.

Lawmakers stressed this week that the resolution is not an attempt to undermine the future rights of Palestinian refugees, but the bill was nonetheless seen by some as an attempt to obstruct future final-status talks.

“The resolution,” said the Arab American Institute, in an action alert sent out to its supporters, “only serves to distract attention from current and urgent refugee situations in the Middle East.”

Nadler rejected such claims in a March 31 telephone press conference.

“The rights of Jewish refugees do not contradict those of Palestinian refugees,” Nadler said. “The resolution does not express an opinion on what the solution should be.”

Critics of the resolution argue that even though it does not deal with the issue of Arab refugees, Congress is sending the wrong message to the region by making an issue of the plight of Jewish refugees while giving little attention to the plight of displaced Palestinians.

“It is strange that this is the only thing Congress has to say to Israelis and Palestinians now,” said a congressional lobbyist dealing with Middle East issues.

The driving force behind the resolution was a group called Justice for Jews From Arab Countries, which first succeeded in bringing the issue to the Jewish community’s attention in 2002, the year it was founded, and later got lawmakers on Capitol Hill interested.

After the resolution passed, the group’s executive director, Stanley Urman, said that correcting the historical record is an important step toward resolving the Israeli-Palestinian conflict.

“Only in this fashion can there be movement from truth to justice, from justice to reconciliation, and from reconciliation to peace — between and among all peoples and states in the region,” Urman said.