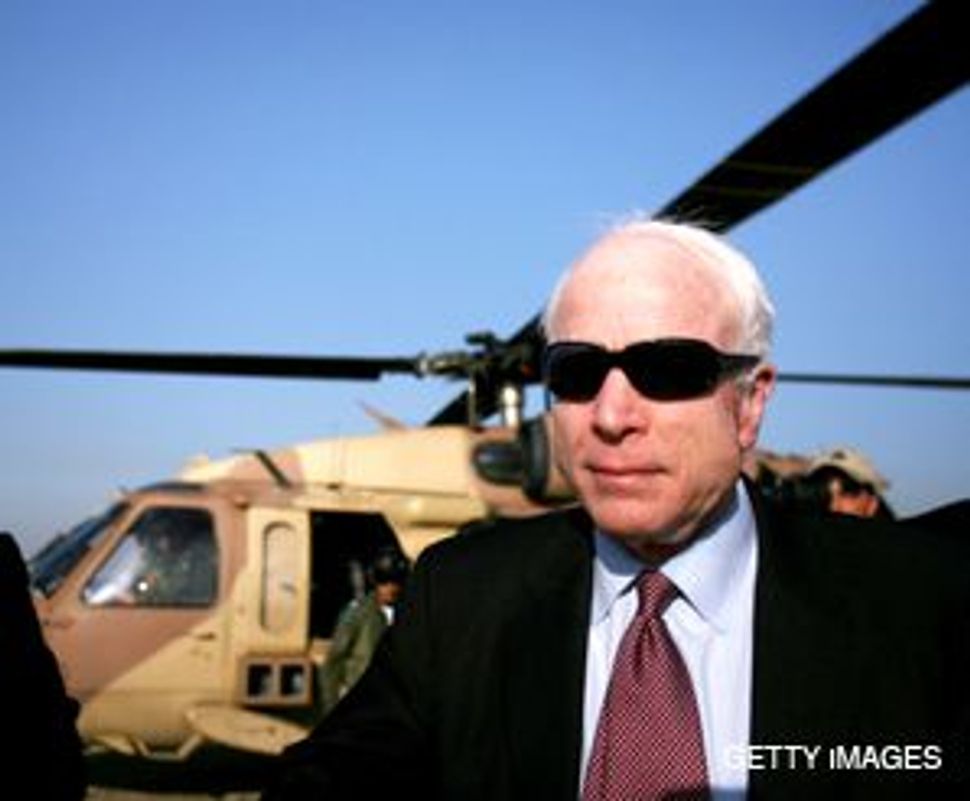 While Jewish backers of Hillary Clinton continue to advance the notion that Barack Obama’s support for Israel is untested, a new poll released by a pro-Israel group shows that the Illinois senator’s supporters could be marginally friendlier than Clinton’s to the Jewish state. 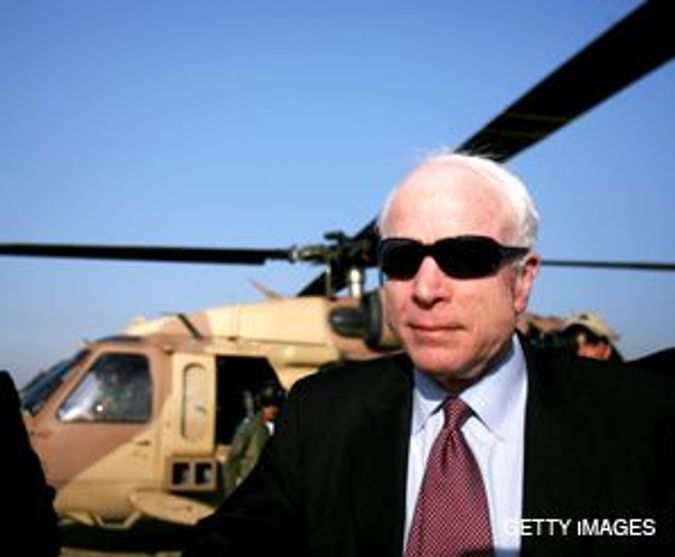 Sixty-two percent of voters favoring Obama said they support Israel, versus 58% of voters backing Clinton and 85% of voters backing the presumptive Republican nominee, Senator John McCain, according to a survey conducted by The Israel Project, a Washington-based organization that works to improve Israel’s image in the media.

The survey was conducted through telephone conversations with 800 likely American voters from March 18 to March 20 by Neil Newhouse of Public Opinions Strategies and Stan Greenberg of Greenberg Quinlan Rosner Research. The margin of error was plus or minus 3.5%.

The findings, which show a disparity in support for Israel between Democratic- and Republican-leaning voters, is in keeping with previous surveys, according to the group’s founder, Jennifer Laszlo Mizrahi.

“There’s no doubt that in this poll, and every other poll they’ve done in the last six years, that Republicans are more naturally inclined to support Israel than Democratic rank-and-file, though not necessarily their leaders,” Mizrahi said.

On a broader level, the survey confirmed a series of studies showing that support for Israel has risen in recent years. While a 2002 Israel Project survey found that 24% of those polled characterized themselves as supporters of Israel, with 2% supporting the Palestinians and 68% choosing neither or calling themselves undecided, this year’s survey found that 71% of respondents characterized themselves as supporters of Israel, versus 8% for Palestinians and 14% undecided.

“Overall, the poll is something that people who are friends of Israel should be happy with,” said Ori Nir, a spokesman for the dovish organization Americans for Peace Now. He added that while he felt the survey was balanced overall, he believed that several questions, about how to deal with the threat of Iran and whether or not Jerusalem should be divided, led respondents to specific answers.

“Do you believe that Jerusalem should stay entirely under Israel’s control, since Israel keeps all the Christian, Muslim and Jewish holy sites open and safe for all faiths?” asked a question criticized by Nir.

In response, 63% of those polled said Jerusalem should stay entirely under Israel’s control, versus 20% who said it should be divided between the Palestinians and Israelis.