The Talmud on Watching TV 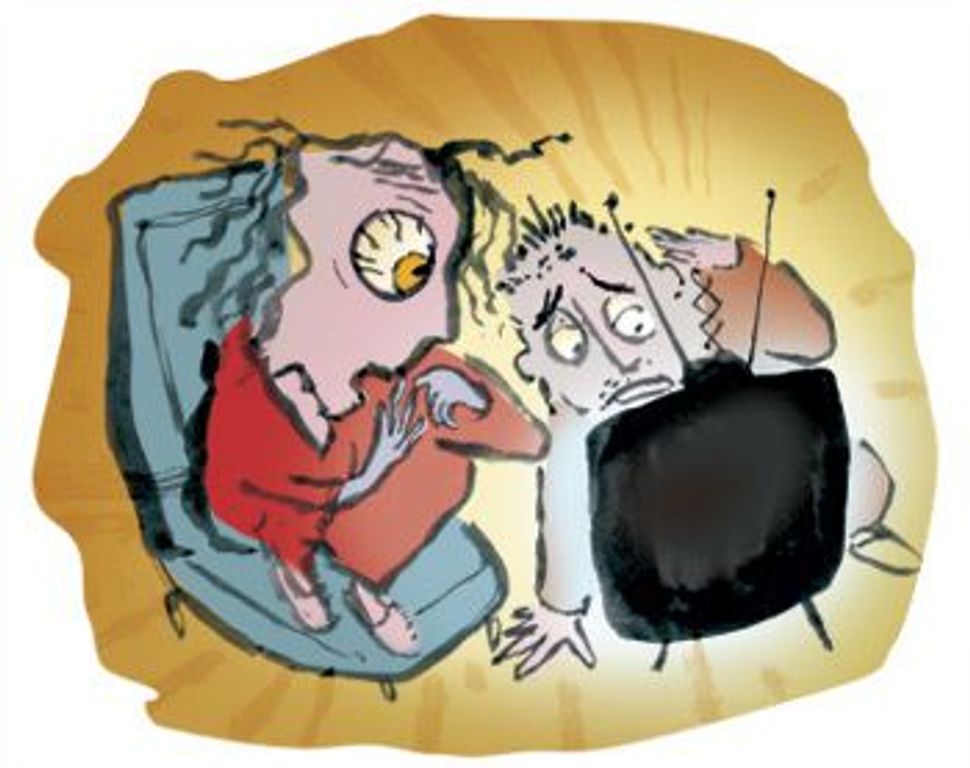 It’s almost as if the Talmud writers understood what would happen if we watched too much TV. They knew it would drive us wild with worry. From the morning shows to the local news at night, all we hear about is danger, danger, danger — right? Salmonella on the cutting board! BPA in baby bottles! Pedophiles on the Internet, and perverts at the park! “Is there a killer lurking in your kitchen cabinet? Details at 11!”

(By the way, wouldn’t you want to know before 11 if something in your kitchen cabinet were about to kill you?) Anyway, here’s what the Talmud has to say about that — about all the dangers surrounding us:

“They are more numerous than us,” the ancient text says. “They stand about us like a ditch around a mound.” Talmudist Rav Huna said: “Each one of us has a thousand to his left and 10,000 to his right.” And while you do have to substitute the word “dangers” for “demons,” here’s the Talmud’s clincher: “If the eye would be granted permission to see, no creature would be able to stand in the face of the demons.” 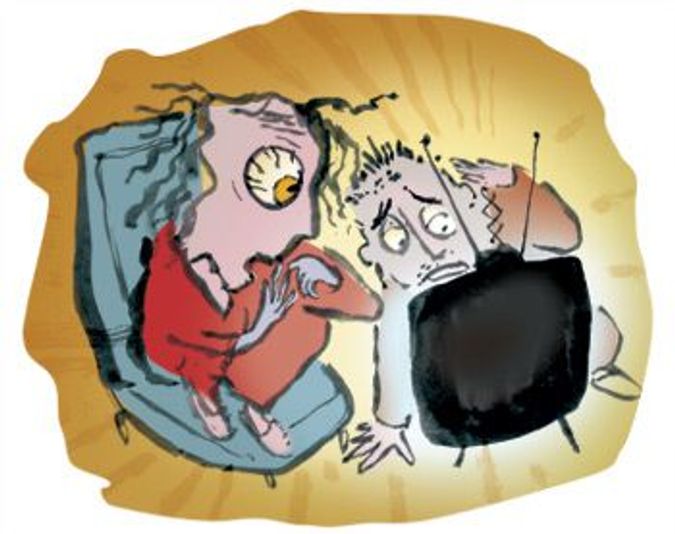 In other words, if our eyes were opened to all the heaps of horrors that surround us, we’d be paralyzed with fear.

Which seems to be exactly what is happening the second we turn on the TV. (No wonder we call those sages sages.)

While the Talmud was talking about actual evil forces swirling around us, its authors understood that being aware of all of them is not necessarily a blessing. In fact, it’s a curse. And yet, that is exactly what the media has taken as its mission: to inform us about every last little thing that could ever possibly hurt us, no matter how remote the chances.

“Just about anything that’s common in everyday life can be turned into a scary, terrifying message,” said Benjamin Radford, an editor at the bimonthly magazine The Skeptical Inquirer and author of “Media Mythmakers: How Journalists, Activists, and Advertisers Mislead Us” (Prometheus Books, 2003). As such, he pays a lot of attention to what he calls the “news ooze” on TV, and to what constitutes a typical news story.

Time and again, the easiest ratings booster is to tell people about demons. Er… danger!

One morning I was watching TV, and the ad kept coming on for Dr. Oz’s topic of the day: “Is your makeup dangerous?” The clips — and horrified faces of Oz’s guests — indicated that it probably is. So I turned off the TV and clicked on my computer. The main story on Yahoo’s home page? “5 Serious Dangers at the Office.” Aieeeee! When it is dangerous to put on some lipstick and go sit in a chair, you can bet pretty much nothing is safe.

And considering that many of us come from the group that inspired this, my favorite joke — “Did you hear about the Jewish telegram? ‘Start worrying. Details to follow.’” — we are hardly immune from fear. In fact, some of us, me, are chronic worriers. What can we do to tone down the demons and enjoy life? Figure that whenever you hear some incredibly surprising warning, like “Rubber bands cause cancer” (I’m making that up!), it’s probably wrong, says David Freedman, author of the new book “Wrong: Why Experts Keep Failing Us — And How To Know When Not To Trust Them” (Little, Brown and Company).

The same thing that makes a story great news fodder — “It’s shocking! Scary! A complete surprise!”— is usually the same reason it’s not likely to hold up, Freedman says. Either the study was biased or small, or it’s being misinterpreted.

Add to this the fact that when we hear about something that increases our odds of this or that terrible fate, it’s usually way out of context. “Typically, when someone is warning about something and it’s a real danger — for example, it [creates] a real increase in cancer risk — you’re probably talking about raising your risk of a particular type of cancer from maybe 1% to 1.25%,” said Freedman. So while the news trumpets “A 25% increase in risk!” what it doesn’t explain is that you had a teeny-tiny chance of getting X before, and now you still have a teeny-tiny chance of getting it.

Long story short? The Talmud got it right: As Rav Huna said, “Turn off the TV and chillax” (just not in those exact words).

Lenore Skenazy is the founder of www.freerangekids.com and author of “Free-Range Kids: How To Raise Safe, Self-Reliant Children (Without Going Nuts With Worry)” (Jossey-Bass, 2009).

The Talmud on Watching TV