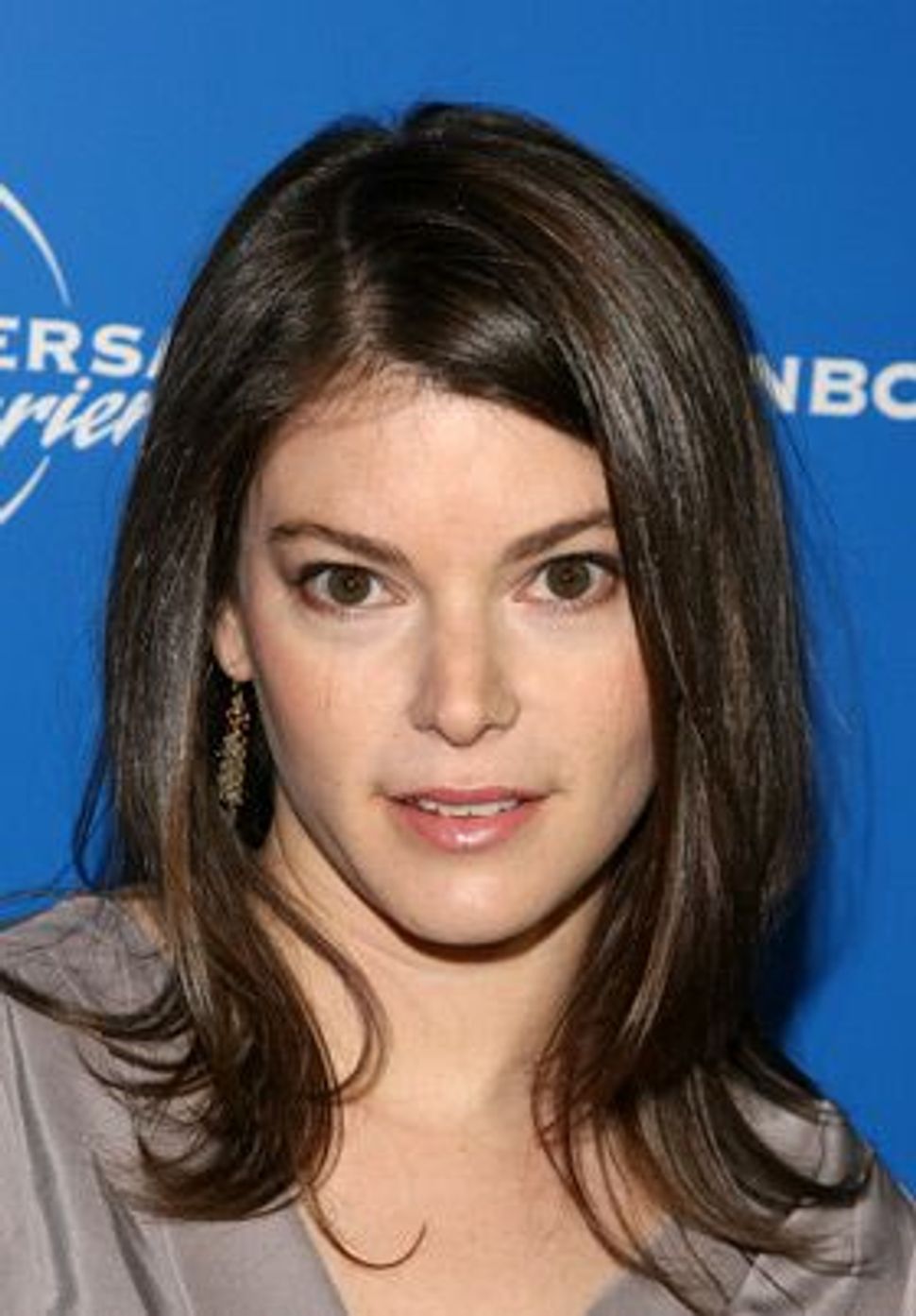 Every reality competition with judges has a “mean one.” Simon Cowell’s scathing remarks have made “American Idol” contestants, and even viewers, cry. And for the first couple of seasons of “Top Chef,” the Emmy Award-winning Bravo TV series now in its seventh season, which pits talented, young, fame-hungry chefs against one another in grueling culinary challenges, that judge was Gail Simmons.

But behind the scenes, the personality of the vivacious and fast-talking Simmons, who tap dances for the producers and refers to herself as the little sister of the show, stands in sharp contrast to her earlier television persona.

This fall, “Top Chef” fans will see a lot more of Simmons when she hosts the newest “Top Chef” spin-off, “Top Chef: Just Desserts,” a pastry-focused competition slated to debut on September 15. 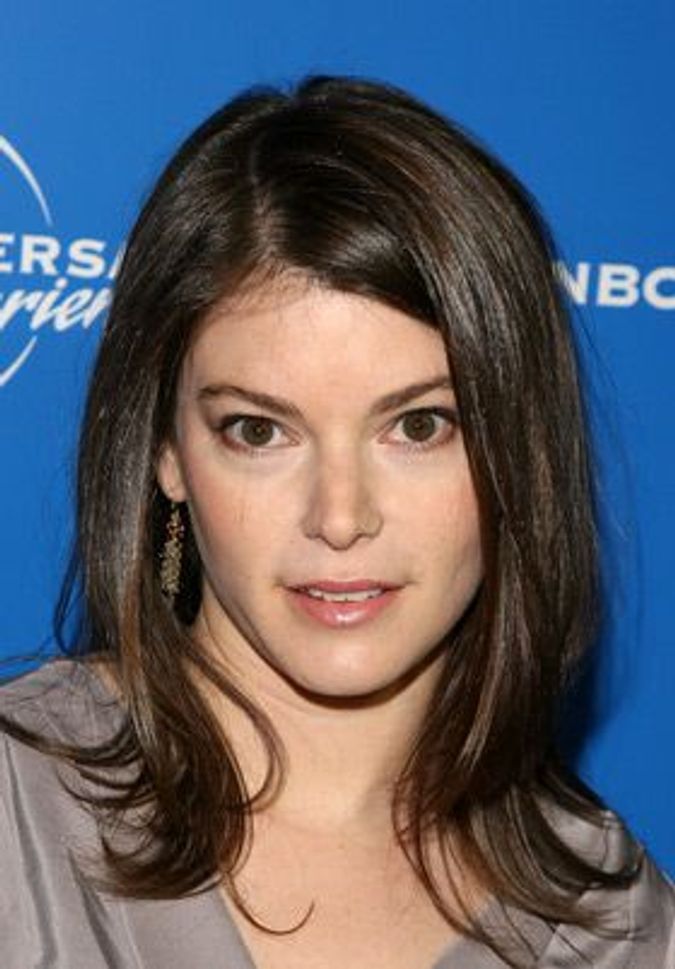 While Simmons, a 34-year-old special projects manager at Food and Wine magazine, is perhaps one of the best-known food critics in the country now, she originally had no interest in pursuing a path in the culinary world, let alone one on television. “I kind of joke that I’m not a food critic but that I play one on TV. It has become a self-fulfilling prophecy,” said Simmons, whose sharp tongue has noticeably mellowed over the past couple of seasons. “I always loved food, but in truth it never entered my mind as an occupation until college.”

Yet, few people are raised in as epicurean a household as was Simmons. Her mother, Renée Simmons, wrote a food column for the Globe and Mail, Canada’s largest newspaper, in the 1970s and ’80s, and she later opened a cooking school in the Simmons home in Toronto. “My mom built our kitchen as a teaching kitchen, where people can sit around and watch you cook,” Simmons explained.

Simmons’ childhood home was a fairly traditional Jewish household, complete with hearty servings of Eastern European Jewish food, especially for the holidays. “We had Shabbat dinner every Friday night, without fail,” she said. “There was always challah and my mother’s outstanding chicken soup.” But ask Simmons about her favorite Jewish food memories and she points to just two foods: brisket and latkes. “My mom’s brisket is killer; so are her latkes,” she said. “They’re the standard by which I will forever hold all other briskets and latkes.”

But in college, Simmons shied away from comparisons to her mom, despite cooking often and reviewing restaurants for her college newspaper. “When you’re 20 years old, the last thing you want to hear is that you’re just like your mom,” she said. So she pursued degrees in anthropology and Spanish at McGill University in Montreal and planned to work for a non-governmental organization in the developing world.

After graduation, feeling a bit lost, Simmons took an internship at Toronto Life, a local lifestyle magazine. “I loved it. I found myself drawn to the food editor,” she said, “and that’s when I realized — wow, there could be a job here for me.” After stints at a couple of publications, Simmons moved to New York to attend the Institute of Culinary Education. After graduation, she cooked at some of the city’s most exclusive restaurants, served as an assistant to prominent food critic Jeffrey Steingarten, and worked as events manager for Chef Daniel Boulud’s dining group before joining the staff of Food and Wine in 2004.

In 2006, when Bravo approached Food and Wine about a partnership for a new show called “Top Chef,” Simmons was chosen to represent the magazine as a judge. Her incisive remarks about the dishes of “chef-testants” (as they are called on the show) earned her the title of the “mean judge” by viewers. Although she often followed her critiques with positive feedback, the show’s producers edited it out in their effort to make each judge into a distinctive character, Simmons said. “It was an experiment for all of us,” she said. “As much as it’s about the drama and the characters, it’s more about the chefs, and we’re the eyes, ears and taste buds of the viewers.”

Now, with the show well established, and with its first spin-off, “Top Chef Masters” (which is also judged by Simmons and features famous chefs competing against one another in the kitchen), having wrapped up its second season — Simmons is finding herself on a set filming for much of the year.

But she doesn’t complain. It’s a “great family of people,” Simmons said, referring to the crew and such co-stars as fellow judge and celebrity chef Tom Colicchio and cookbook author and actress/model Padma Lakshmi, the show’s host. “For five years, it’s been like a traveling band of gypsies and roommates. We get into silly arguments and when there’s a lull, I’ll tap dance for the producers,” she said. “I’m like the little sister of the crew… a bit of the clown.

“I once fell asleep at the judge’s table. It was the finale and we were shooting all night and at about four in the morning, we took a 20-minute break. All of the producers took pictures, which they aired on a reunion episode,” she said.

Simmons’s new role as host of “Just Desserts” will put her both in front of and behind the camera more. For the first time, she is a consulting producer on the project, which will challenge pastry chefs in the art of sugar work, bread and cake baking, chocolate, candy, maple syrup and more.

Despite all of her “Top Chef” experience, though, Simmons was surprised at just how tough her hosting role proved to be. “Hosting is… a harder job than judging — you have to lead the plot,” she said. Making the job even harder is the fact that as host, Simmons has to taste each chef’s dish, sampling as many as a dozen sugary desserts in a single show. “I was bouncing off walls at the end of most days,” she said.

Simmons’s sugar highs may come in handy. She has other projects in the works. In addition to her position at Food and Wine, she is partnering with AOL to do an online cooking series, and she is hoping to write a food book soon.

But “the most gratifying thing,” she said, “is when people come up to me and tell me that their 5-year-old knows what a chiffonade is” — a slicing technique for herbs and greens — “or that they hate to cook but they’ve started to try at home and they are trying new things on menus…. That’s why I’m doing all of this in the first place — to spread the gospel.”

Devra Ferst is editor of the The Jew and the Carrot food blog, a new Forward and Hazon partnership. Contact her at [email protected]