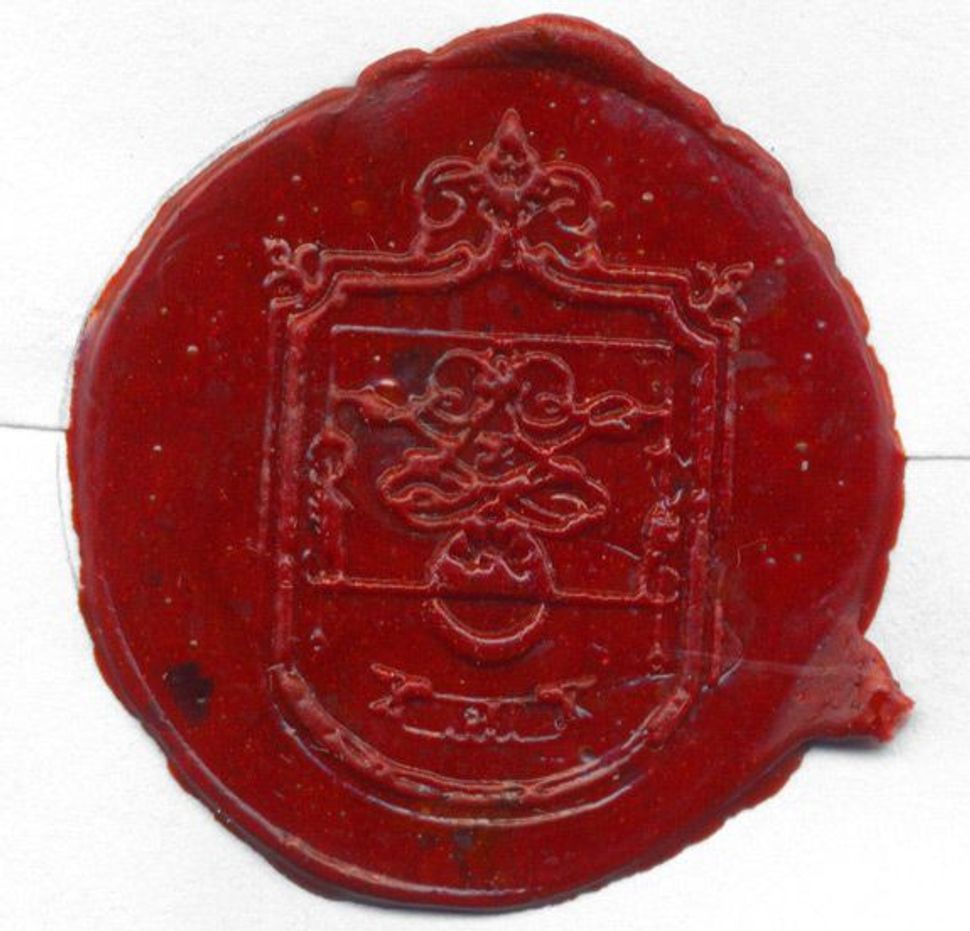 ?A Good Seal?: Seals were used to close impor- tant documents and as personal signatures. [click for larger version] Image by ISTOCKPHOTO

?atima tova ? literally ?a good seal? ? we wish each other before and on Yom Kippur, just as we say on Rosh Hashanah, l?shana tova tikatev, ?May you be written down for a good year.? This is, of course, a reference to the Jewish belief that on Rosh Hashanah, God writes down everyone?s fate for the coming year in the Book of Life, and to the belief that on Yom Kippur He seals what He has written, after which it is irrevocable.

The meaning of such imagery is clear. The imagery itself, however, is less so. When Judaism imagines God ?sealing? the Book of Life, what exactly is it imagining Him doing?

Seals were an important part of ancient life. They were used not only for official documents, as they still sometimes are today, but also as personal signatures, and anyone who was anyone had a seal of his own, with its own design. Seals were carved from stones or cast in metal, were flat or cylindrical, and were either worn as the fillings of signet rings or carried as independent objects. This is what was done by Jacob?s son Judah in the Book of Genesis, where we are told how, mistaking his widowed daughter-in-law for a prostitute by the roadside and wishing to have sex with her but lacking the means of payment, he asks what pledge he can give her and is answered, ?Your seal and your cord and your staff that is in your hand.? The ?cord? (p?til in Hebrew) was a decorative string or thong that passed through a hole in the seal (?otam) and was worn around the wrist like a bracelet. The fact that Judah, who was on his way to a sheep shearing, was routinely carrying his seal in this fashion indicates how common an accessory it was.

Seals were imprinted in melted wax that was dripped onto the document to be signed. Is it not obvious, then, that when God seals us in the Book of Life, He is imprinting His signature in wax beneath the last name in the book, like a king signing a royal decree?

Not necessarily, because seals were used in another way, too. One has to remember that a ?book? in ancient times was not the bound volume that it is for us. It was a scroll made of a single sheet of parchment or paper if its text was brief, and of several or many sheets sewn together if it was long, and it was rolled up tightly when not being read. Both in order to keep the roll tight so that the scroll took up less space when stored, and to ensure that it was not opened and read by the wrong person, it was kept shut by dripping wax on the overlap of its outermost sheet and stamping it with the owner?s or sender?s seal. This is why the verb ?to seal? in English, which ultimately derives from Latin sigillum, ?little image? (that is, the design of a seal), has come to mean ?to close? or ?to shut,? although originally it meant only ?to affix a signature.?

And so we have a second way of imagining God?s sealing of the Book of Life. He does not imprint His signature in wax beneath the book?s bottom line, but rather rolls the book when it is finished, and stamps the wax that prevents it from loosening or being opened.

Either of these interpretations is linguistically plausible. In the Bible, we find the verb ?atam, ?to seal,? used in both senses. On the one hand, we have a passage like that in the 10th chapter of the Book of Nehemiah, which begins, ?Because of all this we have made and written a firm covenant, on which the seals have been set [ve?al ha-?atumim], of our princes, our Levites, and our priests,? followed by the names of more than 80 dignitaries; here, ?sealing? clearly means ?signing a document.? On the other hand, we have verses like those from Chapter 29 of Isaiah, where we read: ?And the vision of all this has become to you like the words of a book that is sealed [ha-sefer he-?atum]. When men give it to one who can read and say ?Read this,? he says, ?I cannot, for it is sealed.??

In this case, the verb ?atam means ?to roll shut and fasten.? Indeed, in rabbinic Hebrew it can often mean, like English ?to seal,? ?to conclude or to end something,? and in its passive form of ?atum, it can also mean ?cryptic? or ?indecipherable? ? that is, impossible to read. In modern Hebrew, the expression panim ?atumot, a ?sealed face,? is the equivalent of the English ?poker face.?

And why can?t we imagine God doing both things: first, putting His signature beneath the last name in the Book of Life, and then, sealing the book after rolling it shut? The two actions are, after all, complementary. Both stress the finality of the decision that has been made.