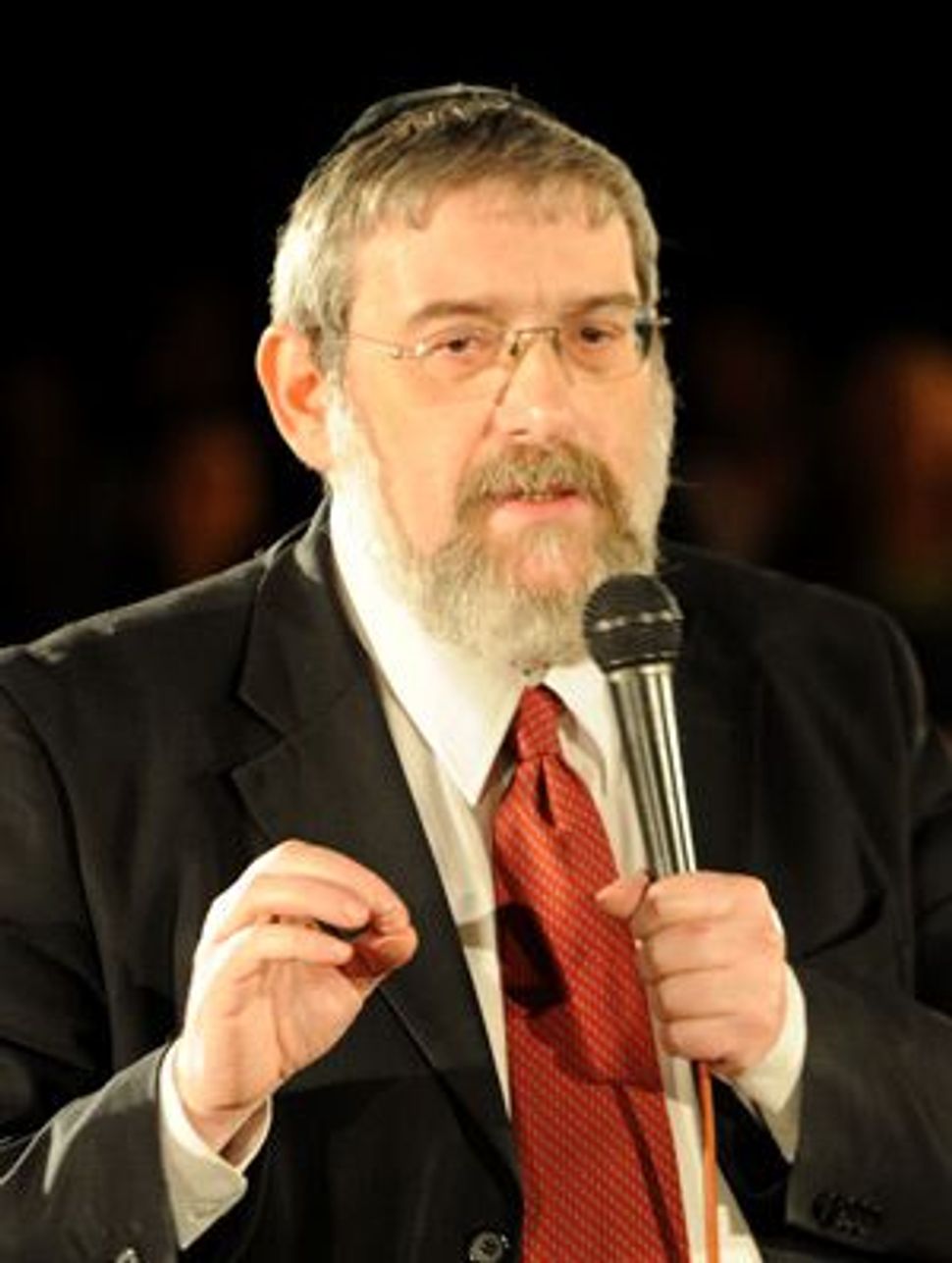 News that Israel might be home to an oilfield of its own created great excitement in the Jewish state this summer. But growing concern among citizens about who stands to benefit from the country’s natural resources has cast a shadow over that late August discovery. 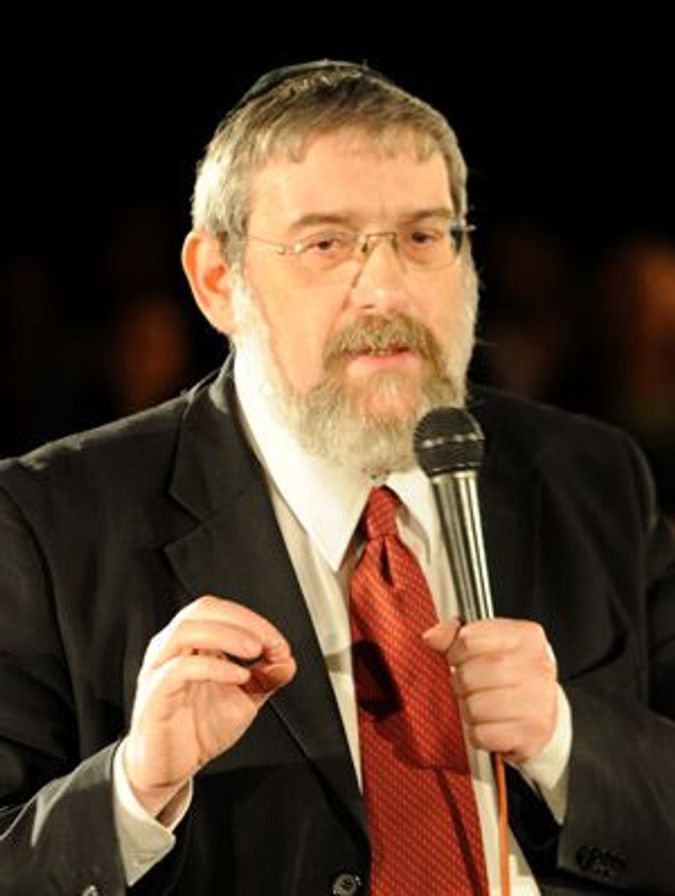 That’s because the state will see less than one-quarter of the revenue from any sale of Israeli gas or oil — a fact that has university students organizing large-scale protests.

The Leviathan natural-gas field, discovered offshore Israel in the Mediterranean, is estimated to hold 16 trillion to 23 trillion cubic feet of gas. On August 29 the companies that discovered the field announced that they believe

Whatever the findings of the companies — Noble Energy, Ratio Oil Exploration Ltd., and two firms controlled by billionaire entrepreneur Yitzhak Tshuva, Avner Oil Exploration and Delek Drilling — whether gas alone or gas and oil, as things currently stand, government royalties are 12.5%. That amount, plus a corporate tax, means the state would receive 24% of revenues from fuel sales.

A government committee headed by Hebrew University of Jerusalem economist Eytan Sheshinski is looking at whether royalties should increase, and an influential new nongovernmental organization is mobilizing grassroots campaigners to call for the lion’s share of the profits to go to the state.

The Civil Action Forum, founded in July, has signed up 3,000 activists and has the backing of the National Union of Israeli Students. The student union plans to make the increase of royalties the key issue on campuses when the new semester starts in October, and so it will mobilize a significant number of the 300,000 students it represents.

“It’s outrageous,” the leader of the Civil Action Forum, Michael Melchior, told the Forward in regard to the current royalty and tax rate, saying that the aim of his campaign is to see the money “not just lining a few pockets, but used for the good of the whole society.”

Eyal Basson, spokesman for the National Union of Israeli Students, said that his organization felt compelled to join Melchior because “as an umbrella body that represents all students, we think that we need to take responsibility for Israeli society and Israel’s future.”

Melchior, a former lawmaker who lost his seat in the 2009 election when his party, the dovish religious Meimad, failed to win any mandates, is calling for the companies’ share to be cut to 20% of the profit, with the rest going to the state.

He wants the money to be handled according to what he calls the “Norwegian Model.” Instead of revenue from fuel going into Israel’s general budget, Melchior, who lived in Norway — serving as the country’s chief rabbi during the early days of its oil production, in the 1980s — wants it channeled into a sovereign fund that would be invested overseas and used to improve education, tackle poverty and take on other social issues.

He views the discovery of fuel as “a one-off historic opportunity that must not be wasted.” His reasoning is that as fuel money constitutes an unexpected windfall of cash for Israel, it should be used only for purposes for which a budget has been unavailable. He said, “Everyone agrees, across the political spectrum, that Israel is in need of social reform, but the excuse has always been that it is not possible, as there are no natural resources and huge defense spending — but now these are not excuses.”

The companies hoping to mine the gas and the oil — if there is any — are predictably unimpressed by the prospect of increased royalties. They argue that they invested in locating the fuel under the impression that royalties and taxes are at a certain rate, and Israel should not change the terms now. To date, the companies have spent a combined $150 million exploring Leviathan and are about to spend another $30 million on exploratory drilling. In another of Israel’s gas fields, Tamar, they have spent $240 million and are about to spend $3 billion on infrastructure to transport and process the gas.

Noble’s submission to the government’s review committee, written by Abraham Sofaer, senior fellow at Stanford University’s Hoover Institution, argued: “No major oil or natural gas discovery had been made in Israel until Noble discovered commercially exploitable deposits in 2009 and 2010. Relying on Israel’s royalty rate of 12.5% and the fact that this royalty rate had remained stable for over 50 years, Noble invested in Israel on the basis of forecasts that reflected its expectation to pay that royalty rate (with no increase in taxes aimed at deriving the same result as an increased royalty rate).”

The Forward has seen a letter sent by Noble Energy to Israel’s finance minister, Yuval Steinitz, in April, when Steinitz had just announced the establishment of the review committee. Charles Davidson, Noble’s chairman and CEO, wrote that he was “alarmed” by Steinitz’s step. He argued regarding future investment: “Without these huge risk investments, which will certainly be tempered with the threat of higher taxes, future energy independence for Israel is just a matter of hope and speculation by the media.”

The companies have enjoyed some support in the hearings of the government committee as it mulls over changing the royalties. The former Israeli ambassador to the United Nations, Dan Gillerman, submitted a position paper August 25, claiming that, since most of the investment in discovering the resources has come from American firms, increasing royalties is liable to result in a harsh response from the American government and from Congress — and has the potential to damage the already delicate fabric of American-Israeli relations.

Gillerman wrote that the Houston-based Noble Energy is “a true friend of Israel, for its activity and investment in the State of Israel and that raising royalties is liable to have severe repercussions and devastating results on Israel’s image and on how the Israeli economy is perceived in the world in general, and in the U.S. in particular.”

But some experts believe that both sides of the debate are failing to address the important question posed by fuel finds — not that of royalties, but the question of whether it is wise to allow gas finds to be exported.

Prime Minister Benjamin Netanyahu met with Greek Prime Minister George Papandreou in late August and discussed the possibility of Israel exporting gas to Europe, using Greece as a transit state. According to Israeli media reports, Netanyahu is interested in building an undersea pipeline to Greece.

Brenda Shaffer, director of the energy policy management program at the University of Haifa and one of the Middle East’s most prominent energy researchers, told the Forward: “If the estimates are close to the reality, it’s enough to give long-term energy security and improve public health by moving from coal to gas. So the idea of exporting gas and continuing to import coal [for power stations] sounds ludicrous.”

The debate, Shaffer said, “should be about where it goes, not about the royalties.”