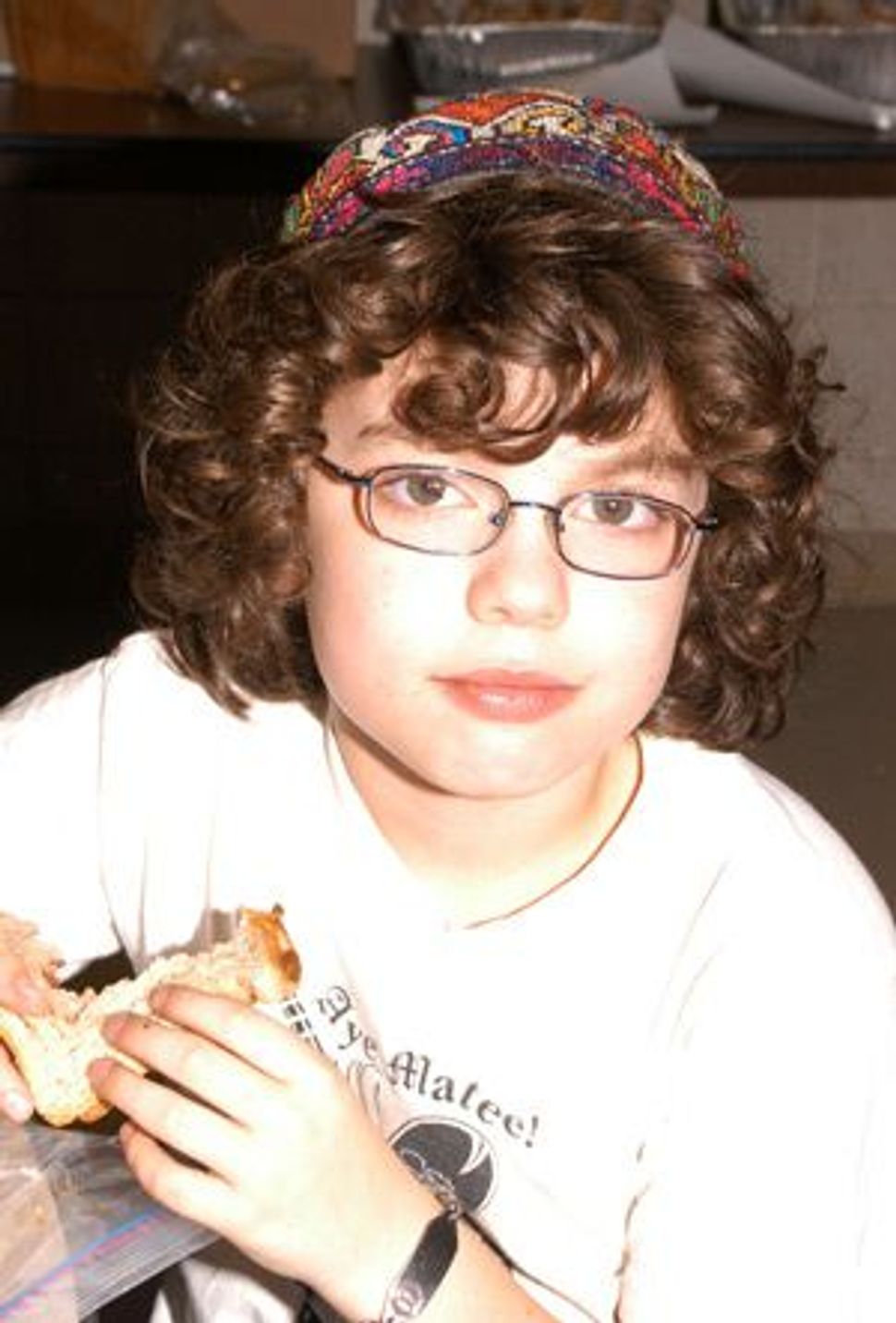 Maureen Benjamins is a senior epidemiologist at the Sinai Urban Health Institute, located in Chicago, and a few years ago she decided to survey the health of more than 200 Jews attending Talmud Torah day schools in two Chicago suburbs. The results were not what she expected: The obesity rate among Jewish day school children in the communities of West Rogers Park and Peterson Park was about double that of non-Jewish children. 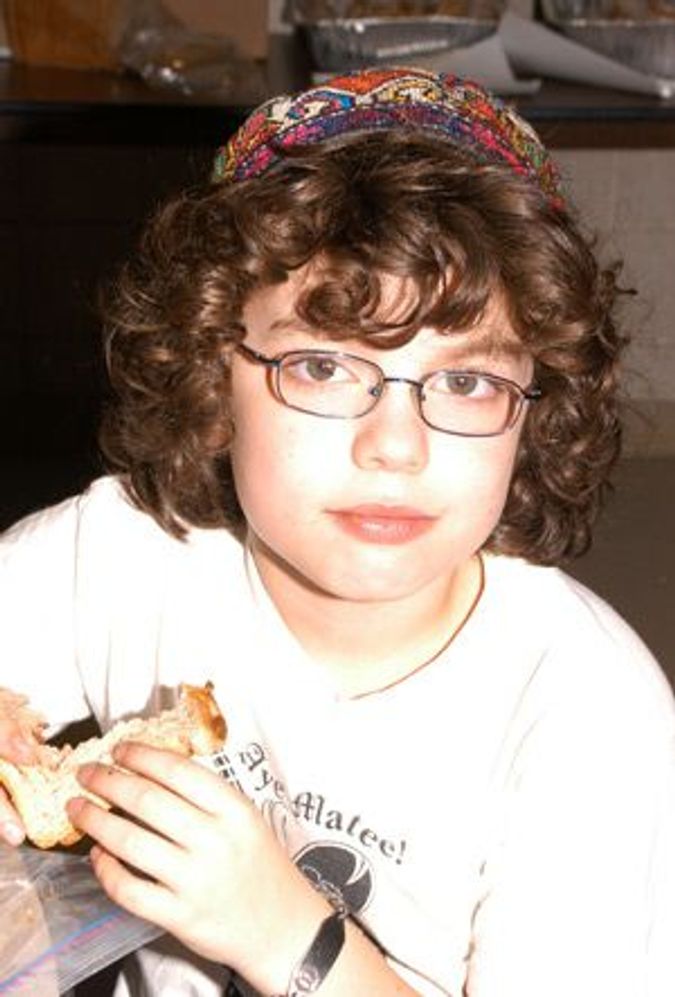 “Everybody was surprised,” Benjamins said. “From a public health standpoint, you’d think a community that’s higher educated and white [wouldn’t have a high obesity rate.] All communities are surprised when they find out they have a problem.”

Efforts to curb the dangerous increase in childhood obesity are gaining ground these days, with everyone from Michelle Obama on down preaching the necessity of a healthy diet and regular exercise. But Jewish day schools have been slow to join the campaign; many don’t serve hot lunches, nor do they have time in a school day packed with both secular and religious classes to add a great deal of organized physical activity. And they operate in a culture in which sitting down for a heavy Sabbath meal is often expected.

That cultural norm is being challenged in ways large and small. For example, Hazon, a Jewish organization that promotes healthy and sustainable living, has just published a food guide (available at www.hazon.org) that offers tips on helping such institutions as synagogues and Jewish community centers use more environmentally sound practices in the way they prepare and serve food. COEJL, a Jewish environmental organization, also provides those types of resources.

Some Jewish day schools are actually advertising the healthy food they say they offer students. In the Midwest, where obesity rates are generally higher, some schools have adopted health and wellness policies to educate their students about the importance of proper nutrition, with the hope that their parents will follow suit at home.

For example, armed with her data, Benjamins organized the Wellness Initiative, a two-year pilot project beginning with the 2006–07 school year, at two Jewish day schools in the Chicago area. Three more schools were eventually added to the project, where funding from the Michael Reese Health Trust and the Polk Bros. Foundation provided them with higher-quality food and with access to a dietician, athletic equipment and other resources.

Though many people were enthusiastic about being more health conscious, Benjamins said her research team faced resistance from some parents and teachers. Healthy food can often be more expensive and take longer to prepare, a challenge to parents who have many children and a limited budget. Additionally, the already full curriculum of Jewish and secular education put a strain on teachers who were asked to include health topics in their lessons.

“They lacked anyone who could be a champion in the beginning,” Benjamins said. “There were no gym or health teachers. They didn’t have sports coaches. Teachers were overwhelmed. It was hard in the beginning. Parents were afraid we’re trying to make the girls skinny.”

Despite this hesitation and skepticism, results of the study showed an increase in student health knowledge and a rise in the percentage of older students in grades five through eight who met exercise benchmarks on a regular basis. But Benjamins noted that future work is needed to ensure that sustainable changes occur in these schools.

Other scientists are conducting similar projects. Mendel Singer, associate professor at Case Western Reserve University and director of the University’s Jewish Community Health Initiative, is in the beginning stages of his own health investigation into Jewish day schools in Cleveland. Though there are many factors contributing to obesity, Singer said that culture and tradition, including a heavy Sabbath meal each week, cannot be ignored as a culprit.

“Every culture develops a tasty but not necessarily healthy cuisine,” Singer said. “Older cuisine is coming from times of relative poverty. An older lady only knows one way to cook; she was taught by her mother. How can you tell her, ‘You’re killing your husband!’?”

Once he completes his work in the Cleveland schools, Singer’s ultimate goal is to obtain funding from multiple Jewish federations and continue to implement health initiatives in schools around the country.

One of the schools Singer has worked with is Gross Schechter Day School, in Pepper Pike, Ohio. About four years ago, Rabbi Jim Rogozen, headmaster, put his students up to the USDA’s Team Nutrition challenge, an initiative that offers community training, education and support for physical activity and healthy eating — reducing saturated fat, refined sugar and flour and increasing the amount of fiber and fresh fruits and vegetables served by the school’s kitchen staff.

Rogozen acknowledged that his school has an advantage in controlling the students’ diets, because it has a kitchen and serves lunch every day, but there are new challenges. Serving healthy, fresh food requires more time and detailed preparation, and as a result the school has had to rely on administrative staff and on parents as volunteers to help in the kitchen. But it is worth the sacrifice, Rogozen said, because good nutrition improves academic performance and prolongs the lives of his students. He is awaiting the results of health surveys and questionnaires that Singer has administered to middle school students about their dietary habits.

Rogozen said his school is considering introducing an agricultural component into the curriculum; exposure to gardening has become an increasing trend in Jewish day schools, said Simcha Schwartz, associate director and co-founder of the Jewish Farm School.

Schwartz argues that sustaining agriculture and preparing food that is environmentally friendly are not only important parts of individual well-being, but also obligations that must be fulfilled by the Jewish people.

“Judaism is an inherently land-based culture,” Schwartz said. “People see the richness in having a garden for the community to gather around. Let’s grow our parsley for Passover. Let’s grow our herbs for Havdalah. If we can make farming and gardening a Jewish ritual, then I think we’ll be a healthier community.”