Cantor Gunning for Another Revolution 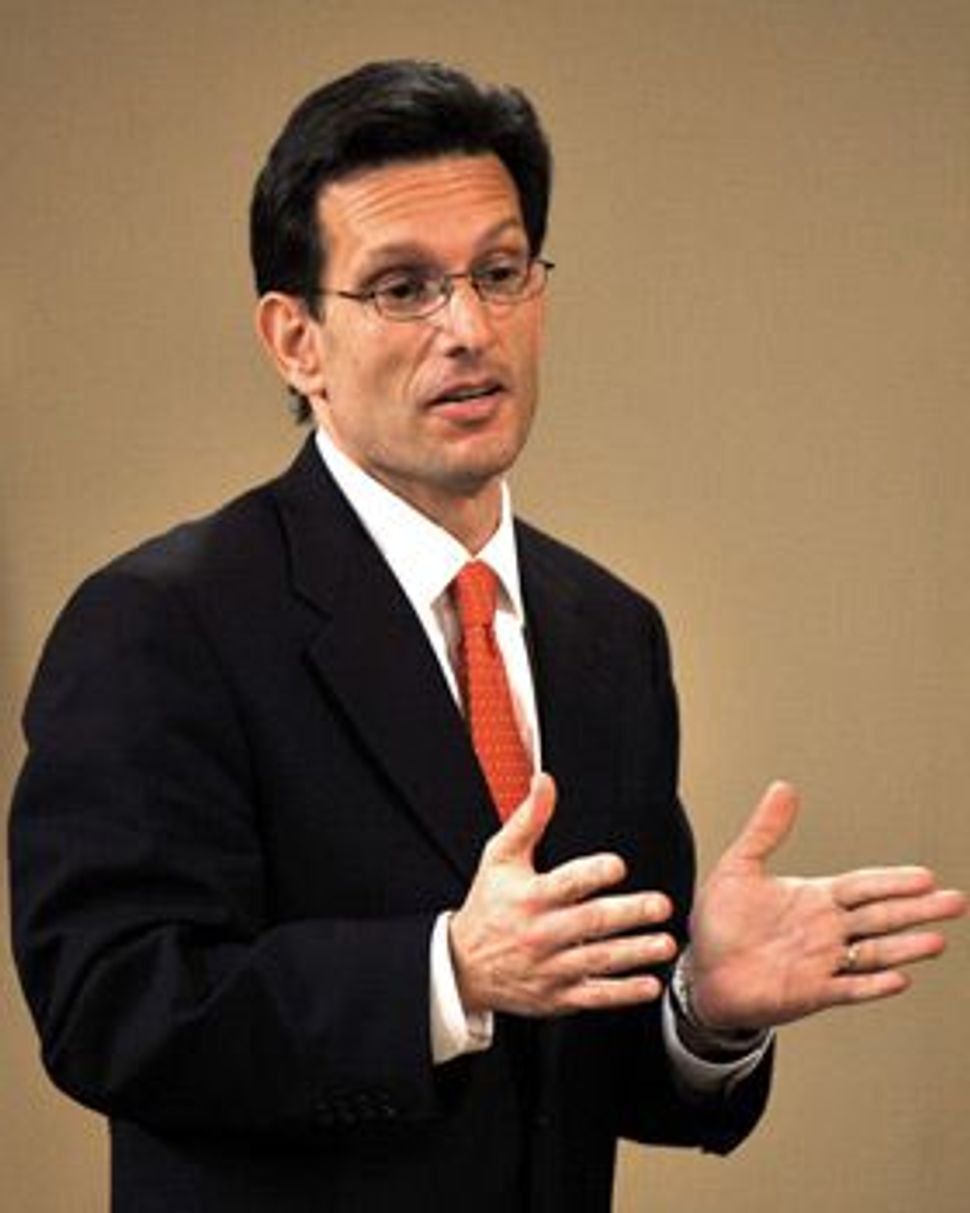 Lone Star: Eric Cantor, the only Jewish Republican in Congress, is hoping to win big. Image by GETTY IMAGES

Eric Cantor, the lone Jewish Republican in Congress, describes himself as a “minority within a minority.” But now, alongside two fellow congressmen, he is trying to lead a political revolution that will end the days of Republican minority. 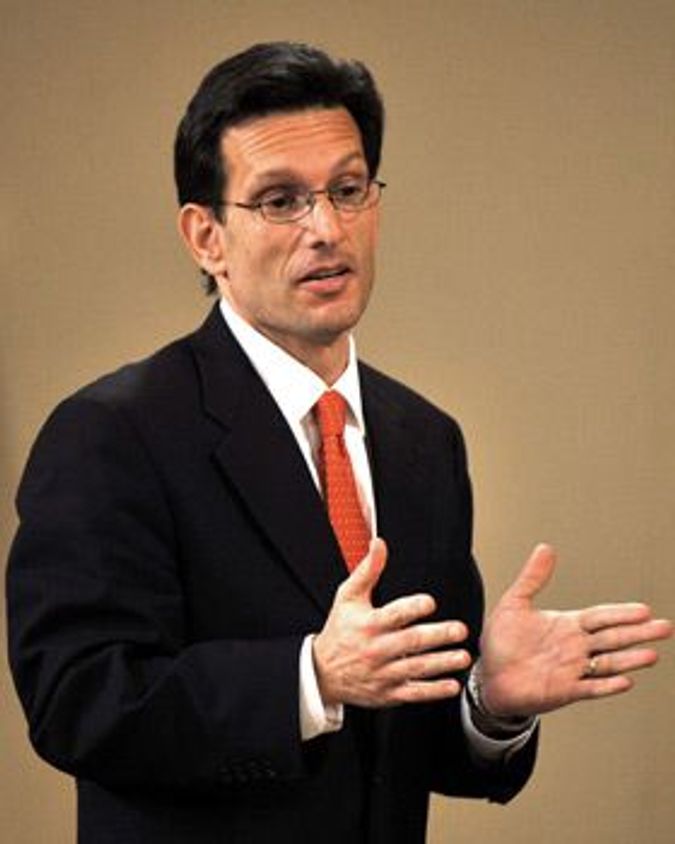 Lone Star: Eric Cantor, the only Jewish Republican in Congress, is hoping to win big. Image by GETTY IMAGES

Known as the Young Guns, Cantor, who is 47, along with Wisconsin’s Paul Ryan and California’s Kevin McCarthy, are seeking to reinvent the Republican Party or, as they explain, to bring it back to its conservative roots.

Like the Tea Party movement, the Young Guns are riding a wave of popular dissatisfaction with increased government spending. But while the Tea Partiers wish to bring change from the outside, Cantor and his colleagues are entrenched within the Republican establishment. If the Republicans — with help from the Tea Party outsiders — succeed in taking the House this November, as many expect, Cantor is considered a favorite to be elected to a top leadership position by his party.

The concept of the Young Guns had its genesis on the pages of the conservative publication The Weekly Standard. A 2007 article in the magazine profiled Cantor, Ryan and McCarthy as leaders of a revolt against the Republican old guard that, in their eyes, was largely responsible for the party’s defeat in 2006. Now they themselves have expounded on their ideology in a newly published book, “Young Guns: A New Generation of Conservative Leaders.”

Cantor, Ryan and McCarthy believe that they know what went wrong and how it can be fixed. Their party, they argue, began to resemble its Democratic rival and forgot its basic values of small government and low spending.

“There has been an expectation that we would reduce spending and contain the size of the government,” Cantor said in a September 8 interview with the Forward. “I think it is clear, having been fired by the American people in ’06, that we had failed on that front.”

For Cantor, it was the famous “bridge to nowhere” — a proposed unnecessary $400 million Alaska pet project funded by a Republican earmark — that made him think something was wrong with his own party. 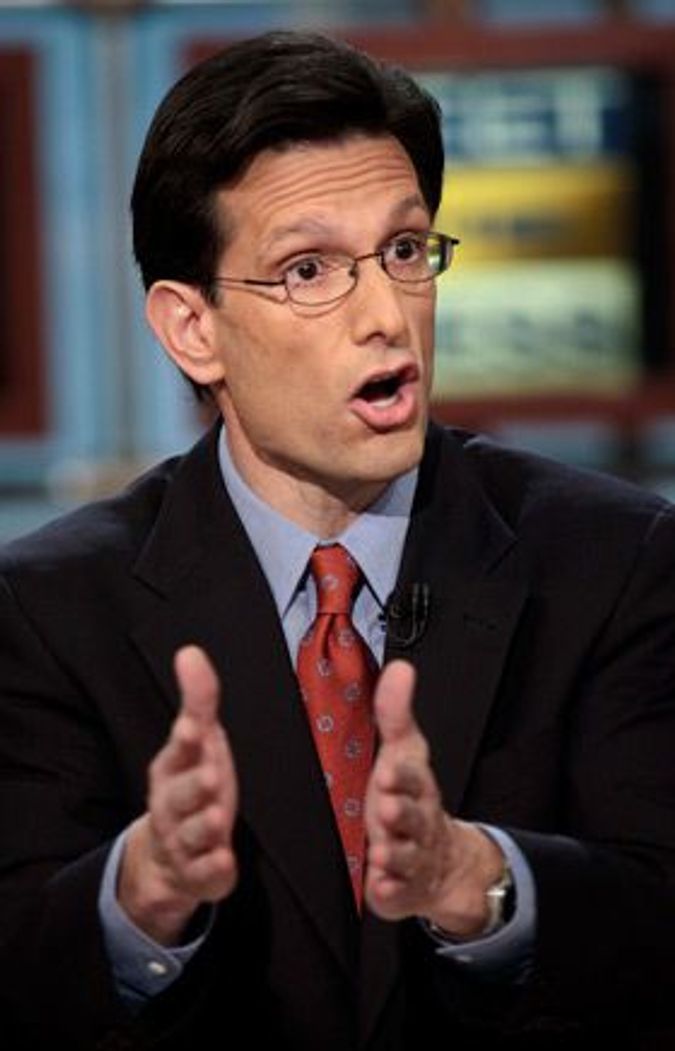 No Earmarks: Cantor was among the first Republicans to call for lawmakers to stop directing funds to their own districts. Image by GETTY IMAGES

Earmarks have in fact been a particular pet peeve of his. Among the first Republicans to call for ending the system by which lawmakers can direct funds to their own districts, Cantor himself has, according to watchdog organizations, foregone earmarks — at least since 2008, when reporting rules were put in place.

Throughout his nine years in Congress Cantor’s image as Republican Mr. Clean was rarely tarnished. In one instance, questions were raised when a bank in which Cantor’s wife serves as a senior executive received bailout money from the government. Cantor’s office explained at the time that Diana Cantor worked for a Virginia subsidiary of the bank and had nothing to do with the bailout.

In the new book, Cantor accuses his fellow Republicans of spending taxpayer money “like teenagers with their parents’ credit card,” of giving “conservatism a bad name” and of becoming “the party of Washington.”

But the rallying cry of cutting the deficit while lowering taxes is hardly a new one for the GOP. And previous generations of lawmakers who have attempted the same revolution have slammed into impassable barriers.

Three decades ago, another group of Republican Young Guns tried to revive the party with similar promises. Congressmen David Stockman, Jack Kemp and Vin Weber advocated lower taxes and budget cuts as the Republicans’ way back to power. But as Stockman, who later became the Reagan administration’s budget director, learned, getting Congress to make large budget cuts was practically impossible, in part due to his own party members’ refusal to let go of their favorite causes. “Republicans on Capitol Hill who were supposed to cut spending exempted from the knife most of the domestic budget — entitlements, farm subsidies, education, water projects,” Stockman recalled in a recent New York Times op-ed in which he warned of the pitfalls of proposed Republican tax cuts.

In his book, Cantor does not specify what large programs he would cut. Still, he insists he has a good handle on economic issues and what needs to be done. To some degree, Cantor has gained political capital for himself and his ideology by leading the fight, as minority whip, against the Obama administration’s health care reform and stimulus package.

“There’s a new generation of limited-government, free-market leaders ready to move the country forward,” Cantor claims in his book. But he stressed that his more immediate goal is to see the Republicans take over the House in the November elections. If such an upset does take place, Cantor, who since 2000 has represented Virginia’s 7th District, which includes the state capital, Richmond, is well positioned to become either House majority leader or majority whip — the second- and third-highest congressional leadership positions.

“I would not be surprised to see him being a candidate for speaker of the House one day; Maybe not this year, but in the coming decade,” said Isaac Wood of the Center for Politics at the University of Virginia. Wood, who specializes in House races, added that Cantor’s strongest qualities are his “conservative bona fides and ideological purity.”

During the 2008 election cycle, Cantor was mentioned as a possible pick for a vice presidential candidate. Now he refuses to discuss any ambitions beyond Congress. “I’m not running for president,” he stated. The New York Times gives him a “100 percent chance” for re-election this November, when he faces Democrat Rick Waugh.

A grandson of Jewish immigrants from Europe, Cantor was born and raised in Richmond. His grandmother ran a small grocery store and, according to Cantor, “lifted herself into the ranks of the middle class.” His father joined the Republican Party, where he “could be accepted and supported both as an American Jew and as an entrepreneur.” Eric Cantor still lives in Richmond and attends an Orthodox synagogue.

In Congress he was considered a protégé of then Republican Whip Roy Blunt, who helped the young congressman climb the ranks of congressional leadership. After the 2008 elections, Cantor replaced Blunt as minority whip.

Cantor has been the only Jewish Republican in Congress since Norm Coleman of Minnesota lost his Senate seat in 2008 and Arlen Specter switched parties shortly after. “There’s never been a lot of Jewish Republicans,” he said.

Cantor is not part of the unofficial Jewish congressional caucus, where the 30 Democratic Jewish representatives meet from time to time for bagels and political shmoozing, but he has occasionally convened his own forum of Jewish Republicans. And while his positions on domestic and economic issues are largely at odds with those of most Jewish voters, Cantor believes that disagreement with Obama’s approach toward Israel could push Jewish voters to the Republican side.

He has been a vocal critic of the Obama administration’s approach to Israel. Cantor believes it was a mistake to push for Israeli-Palestinian talks. “Any quest for peace in the Middle East starts with dealing with Iran effectively to ensure that it does not [develop] nuclear weapons,” Cantor said. In the book he added that “being a Jewish American” has given him “a unique perspective on the good guys.”

“Cantor seems to believe that the Middle East conflict is one of those rare international conflicts where one side is 100% right and the other is 100% wrong,” wrote M.J. Rosenberg, of the liberal website Media Matters for America. “For Cantor, there is no West Bank occupation, no settlements, no Palestinian grievances. Hence, there is no need to negotiate.”

One reason for Cantor’s black and white view of the Israeli – Palestinian conflict could be his family’s experience. In 2006, Cantor’s 16-year-old cousin Daniel Cantor Wultz was killed in a Tel Aviv terror attack while visiting family in Israel. “As an American Jew, I am acutely aware of the existence of evil in the world,” Cantor wrote when describing the loss of his cousin.

Cantor Gunning for Another Revolution