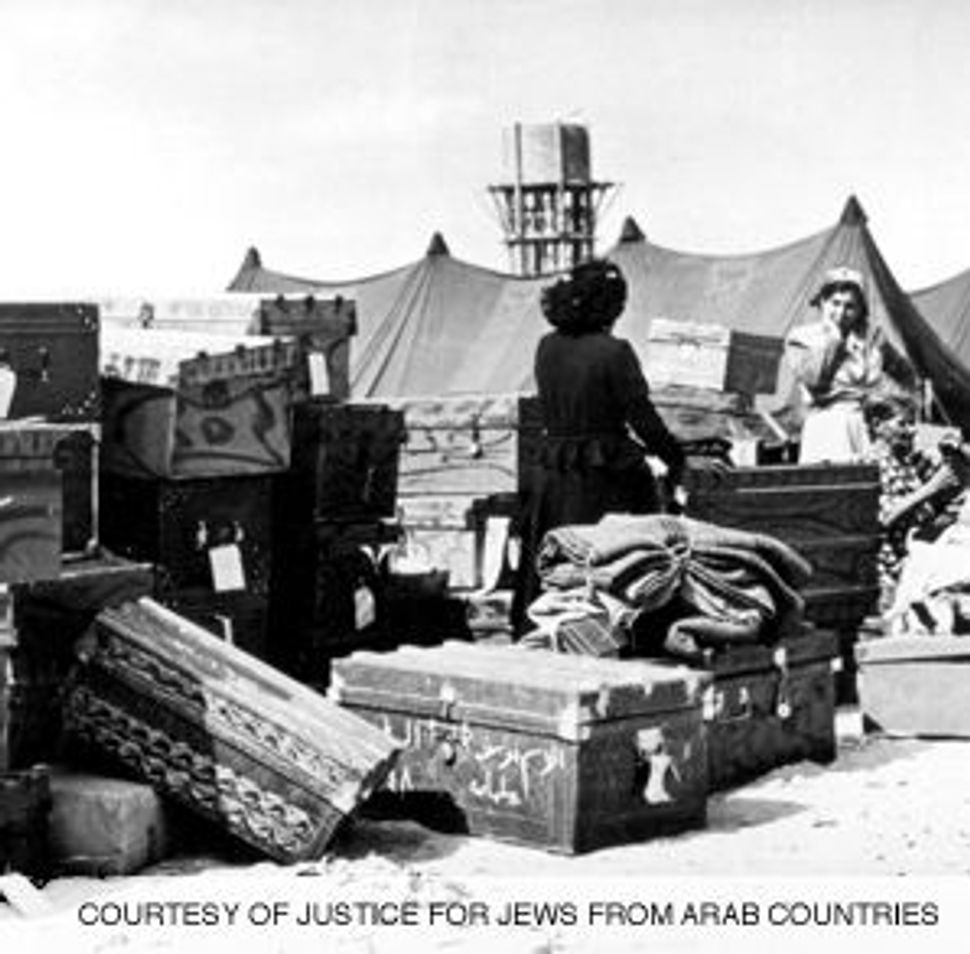 In the first effort to methodically calculate the amount lost by Jews who fled Arab countries after the creation of Israel, a Holocaust restitution expert estimated that the losses amounted to $6 billion. 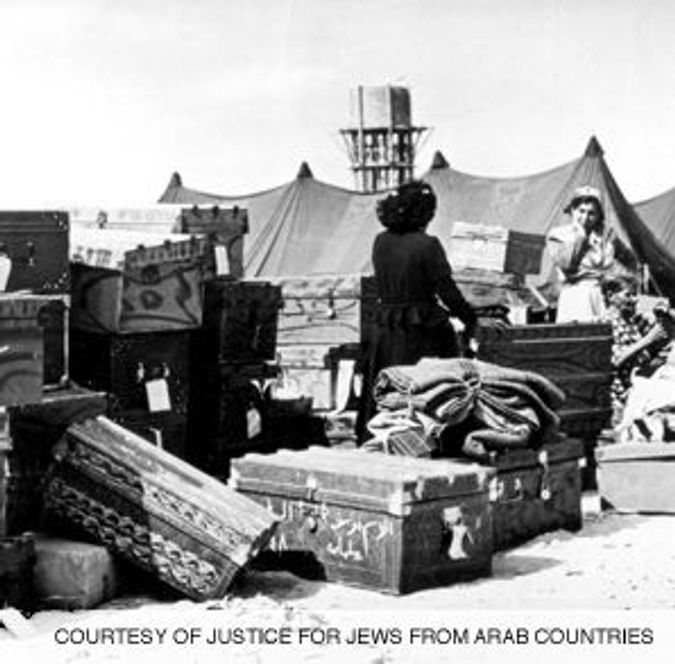 The study, performed by Sidney Zabludoff and published this month in a journal published by the conservative Jerusalem Center for Public Affairs, estimated that Jewish losses were significantly more than the amount lost by Palestinian refugees from Israel.

Close to 1 million Jews were forced to leave Middle Eastern and North African countries after the creation of Israel — a fact that has become a political volleyball as Palestinian refugees have pushed for compensation for their own expulsion from Israel.

Zabludoff peppers his paper with political references and proposals, and it seems likely that his figures will encounter protest from Palestinian groups. He estimates that the 550,000 Palestinian refugees lost $3.9 billion.

Palestinian critics argue that speaking of restitution is an insidious way of ruling out the possibility of a return to Israel — and Zabludoff is explicit in his paper that there should not be a right of return for Palestinian refugees.

“This is an insidious argument, because the advocates of Jewish refugees are not working to get those legitimate assets back but are in fact trying to cancel out the debt of Israel toward Palestinian refugees,” said Rashid Khalidi, Columbia University’s Edward Said professor of Arab studies.

Advocates for Jewish refugees are already seizing upon the new data to advance their cause.

“Just as the issue of Holocaust restitution became a priority for Jewish advocacy a decade ago, this issue needs to become a priority now,” said Elan Steinberg, vice president of the gathering of American Jewish Holocaust Survivors & Their Descendants, who worked with Zabludoff on restitutions at the Word Jewish Congress in the late 1990s. “It brings something that had been hidden in the Jewish consciousness to light.”

After years of neglect, Jewish groups have become increasingly vocal on the issue through an umbrella group called Justice for Jews From Arab Countries, which has pushed a variety of measures in Congress and at the United Nations that recognize the fate of Jewish refugees.

Last month, it scored a symbolic victory when the House passed a resolution demanding that any explicit reference to Palestinian refugees be matched by a similar reference to Jewish refugees.

“The issue of refugee assets has taken prominence in recent years, since the Palestinians began asking to replicate the Holocaust restitution mechanisms and the Israeli government responded by bringing up the issue of Jewish refugees in Arab lands.” said Michael Bazyler, a law professor at Whittier Law School and the author of “Holocaust Justice: The Battle for Restitution in America’s Courts.”

Zabludoff, a former CIA and Treasury Department official, reached the estimates without using any actual figures from North African and Arab countries. Instead he extrapolated the refugees’ per capita assets from earlier research on Palestinians and applied them to Jews after finding that they matched the pre-World War II figures for Eastern European Jews.

Zabludoff’s figures for Palestinian refugees were drawn from calculations made by a number of previous researchers. He said the difference between the Jewish and Palestinian totals was due not only to the higher number of Jewish refugees but also to the fact that Jewish refugees tended to be more urban and involved in trade activities.

He told the Forward he had undertaken the work on his own and that he did not receive any instructions or financial support from Jewish groups.

No comparable estimates of refugee assets have been published previously. For instance, the Palestinians have often added to property losses psychological damages and lost income, reaching figures between $180 billion and $290 billion (in 2007 dollars), according to a study by Palestinian scholar Sami Hadawi. The World Organization of Jews From Arab Countries, for its part, has collated Jewish community assets and individual ones in coming up with a $100 billion figure.

“Sid is a reference in the field of assets evaluation,” Bazyler said, noting that the Israeli government had endorsed his figures about Holocaust-era assets. In the paper, Zabludoff is not shy about stating the policy proposals that he sees arising from his research.

The refugee issue “remains as a bargaining chip for Arab and Palestinian negotiators who continue to emphasize the issue via their political drumbeat. The only way to move toward the reality of how such events have been handled in the past is to stress the clear fact that there were more Jews who fled Middle Eastern and North African countries than Palestinians who left Israel,” Zabludoff writes.

“What I would like to see is that instead of being framed as a political issue, it is addressed as a restitution issue,” he told the Forward.