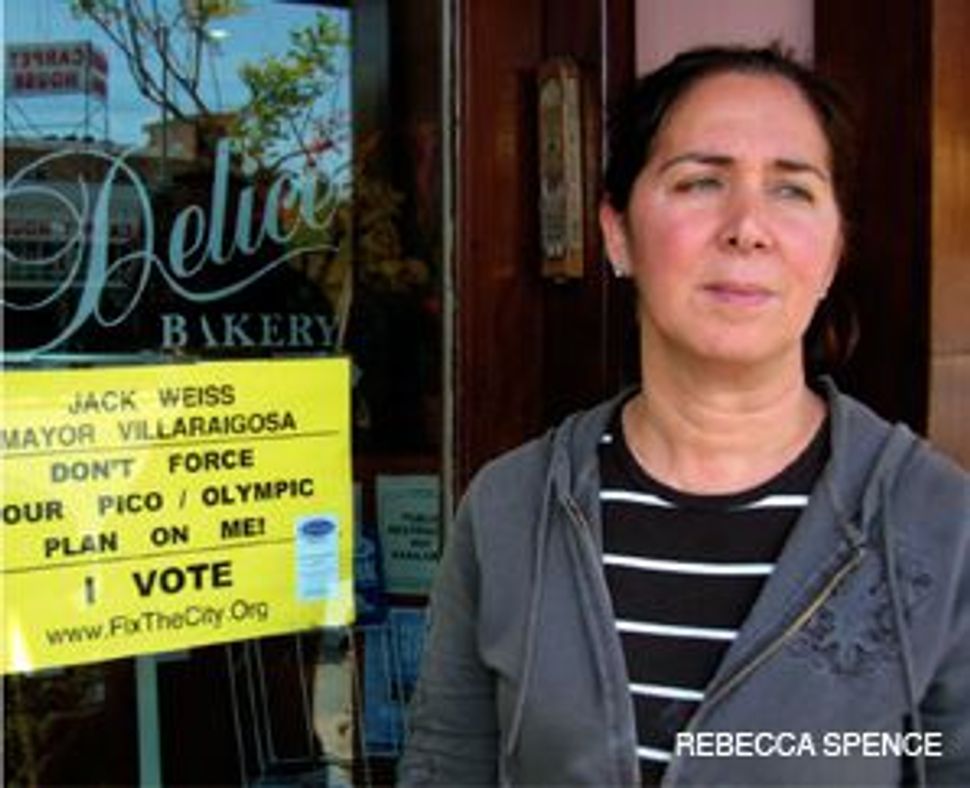 Los Angeles – When Aviva Krieger needs a loaf of challah or kosher groceries to feed her Orthodox Jewish family of five, she routinely visits the stretch of Pico Boulevard that has become this city’s central Jewish shopping district. Now, with the threat of a new city-mandated traffic plan looming over the area, many, including Krieger, fear that what has long been a bustling epicenter of Jewish life will whither away. 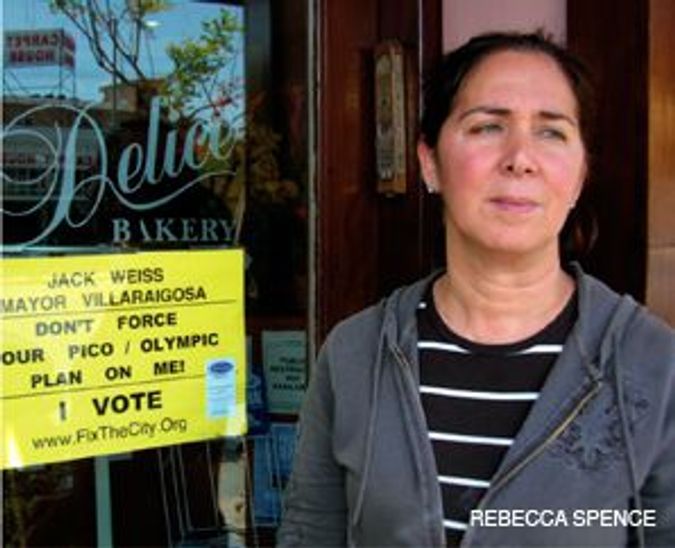 In the face of the sweeping traffic changes, Jewish business owners are sounding the alarm that the plan’s parking restrictions during peak shopping hours would make it all but impossible for their patrons to shop in the area.

It’s not just residents of Los Angeles who frequent the several-mile stretch of Pico Boulevard for kosher groceries and all things Judaica. According to shop owners, visitors routinely travel from as far away as San Diego and Las Vegas to sample the rugelach or buy a new mezuza. But they say that their livelihood may be jeopardized if the plan, which was proposed by the mayor’s office and is supported by a city council member with close ties to the Orthodox community, is implemented as scheduled on May 1.

“For all the Jewish businesses, it’s going to be terrible,” said Solange Bohbot, an owner of Delice Bakery and a new restaurant, Delice Bistro, which opened last month. “We spent almost $1 million to build the bistro, and now the mayor comes from downtown with this stupid plan. How are we going to survive?”

Bohbot, 45, and her husband, Julien, are Moroccan-French Jews who opened their bakery six years ago. The business, Bohbot said, has been booming, with people coming from across the city to buy their specialty Moroccan challah bread. On a recent Wednesday afternoon, patrons lined up to inquire about their Passover cakes.

The Bohbots are among those who have filed a lawsuit launched against the city in late February, aiming to halt the plan. The complaint, filed by The Greater West Los Angeles Chamber of Commerce, is seeking to force the city to perform an Environmental Impact Review before moving ahead with its plan, which affects a nearly seven-mile stretch of Pico and Olympic Boulevards.

According to Jay Handal, chairman of the board of The Greater West Los Angeles Chamber of Commerce, businesses on Pico and Olympic Boulevards could see their revenues drop by about 25% to 30% if the mayor’s traffic plan is implemented. The plan, which was originally set to take hold March 8, has been postponed as a result of the lawsuit. A hearing is now slated for April 30 in Norwalk Superior Court, a branch of the Los Angeles County court system.

One vocal opponent, Scott Krieger (husband of the aforementioned Aviva), neighborhood resident for 19 years, said that he is hoping to work with Weiss’s office to mitigate the effects of the plan, if it goes through. As for taking the legal route? “It’s not how the Orthodox community works,” he said. “We don’t just file lawsuits like other groups.”

Proponents of the plan, known as “Pico East Olympic West,” contend that by restricting parking in the mornings and afternoons, synchronizing traffic lights and making the broad streets run in only one direction, traffic congestion along the heavily used boulevards — which traverse the city from east to west — will be reduced by seven minutes.

“Pico East Olympic West will improve traffic flow and save time for hundreds of thousands of drivers every year with minimal cost,” said the deputy chief of staff for Councilmember Weiss, Lisa Hansen. “The top quality-of-life concern for residents on the Westside of Los Angeles is traffic congestion, and this plan will provide immediate traffic improvement while the mayor and Councilmember Weiss continue to work to build a Westside subway.”

Elazar Muskin, rabbi of Young Israel of Century City, a 450-member Modern Orthodox synagogue on Pico Boulevard, said that it’s still too early to tell whether or not the plan will place an undue hardship on neighborhood businesses and residents. “We have a wonderful representative in the councilman and in the mayor, and they’re not trying to hurt anyone,” Muskin said. “There is a traffic problem here,” he added. “From my house to my shul it can take 15 minutes, and it should take three.”