A Life of Music and Love 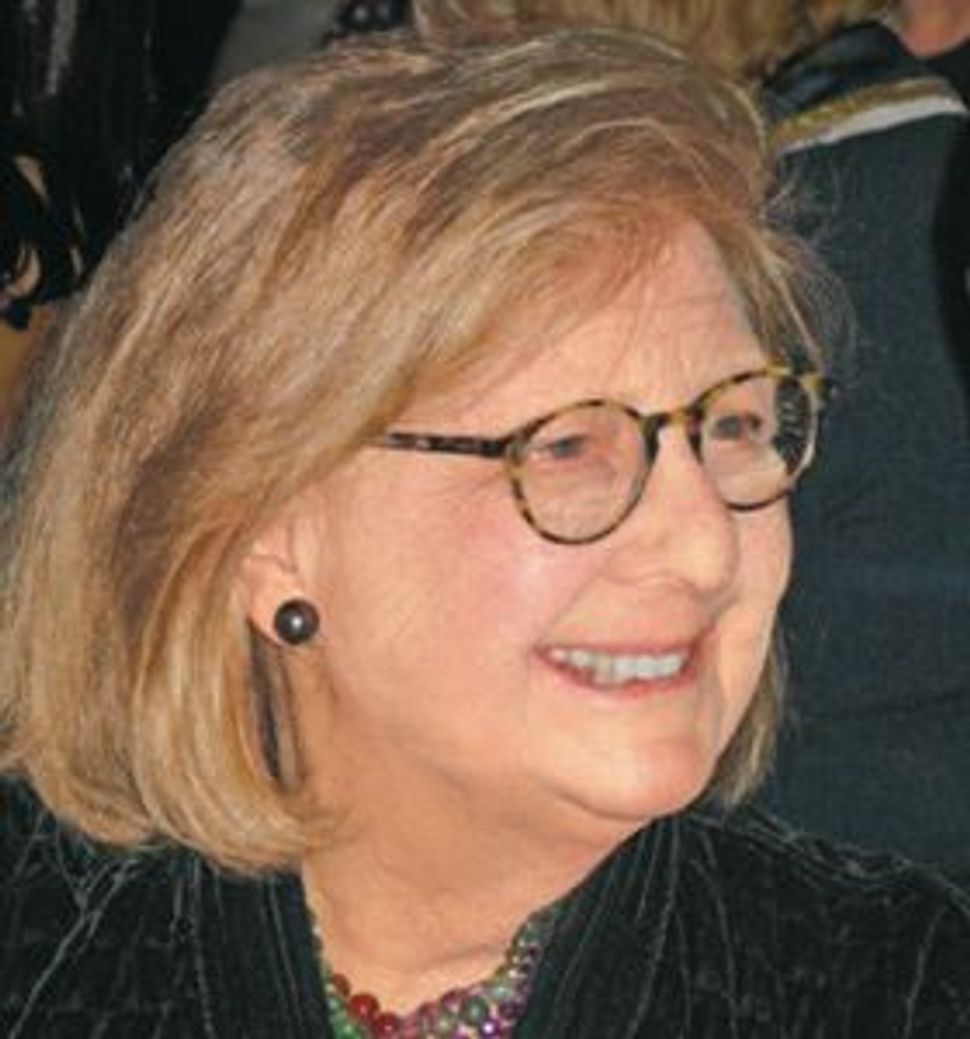 The life of the brilliant, eccentric Canadian pianist Glenn Gould, who died October 4, 1982, at the age of 50, gets sensitive, nonjudgmental treatment by Canadian filmmakers Peter Raymont and Michele Hozer in their revelatory documentary, “Genius Within, The Inner Life of Glenn Gould,” which opened on September 10 at two Manhattan theaters. 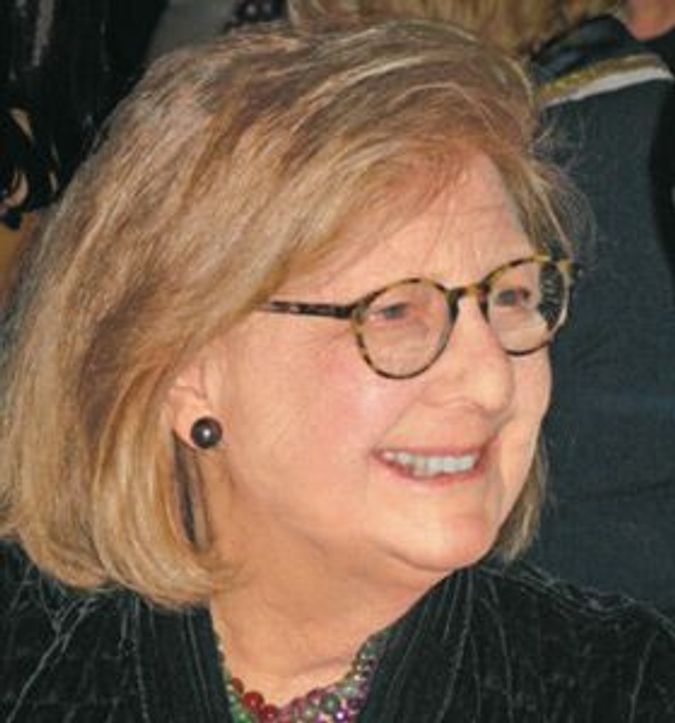 When Gould arrived in New York, he was seen as a supernova. His June 1955 staggering Columbia Records recording of Bach’s Goldberg Variations became a worldwide sensation. Documenting his triumphs and his eccentricities — he was a germophobe who wore gloves in 90 degree weather and traveled with a piano chair 13 inches from the floor — the film also puts the spotlight on Gould’s little-known affair with painter Cornelia Foss, who left her husband, renowned pianist, conductor and composer Lukas Foss. With children Eliza and Christopher in tow, she set off to Toronto to live with Gould, with whom she said she “fell in love.” The children called him “Uncle Glenn.”

When I asked Joseph Dash, who from 1969 to 1979 served as senior vice president and general manager of CBS Masterworks, the Classical Records Division of CBS Records, if he had known Gould, he replied: “I visited him in Canada. When I took over Masterworks, I inherited his recordings…. [As for his mishegas [folly], [his] unpredictability, if you listened to him [play], it was always genius…. In the end, genius trumps all.”

Among the film’s “Aha!” moments is Gould’s April 6, 1962, concert at Carnegie Hall, at which he performed Brahms’s Piano Concerto in D Minor. A visibly agitated conductor, Leonard Bernstein, offered the audience the following disclaimer: “I am not in total agreement with Gould’s perception… [but] I take seriously so valid an artist…” The critics savaged the concert.

Describing Gould’s 1957 tour of the Soviet Union, Russian conductor and pianist Vladimir Ashkenazy recalled: “He was unbelievable… deliberately playing certain music not often heard in the Soviet Union. The [concert] hall was half empty. [Gradually] people started going to the telephones…. By the second half, the hall was filled. It was like a Martian coming to earth. In Leningrad, [they] ignored fire regulations and allowed 1,100 standees. If anyone fainted, there was nowhere to fall. They listened as if their lives depended on it.”

Having met Cornelia Foss prior to our September 14 chat (most recently, at the March 3 Citizens Committee for New York City gala, at which she donated to the organization her portrait of its late founder, Osborn Elliott), I asked her how she was able to sublimate her own work as a painter during her time with Gould in Toronto. Referring to her statements in the film, she stressed: “My life became more and more restricted as [Gould’s] paranoia became more evident…. Not being able to paint was a limitation I could not accept. I did other things. Those four years [1968–1972] were lost to me… in the middle of such turmoil, painting takes such concentration.” *As for the relationship, she explained: “It was a very straightforward triangle — common since the caveman. I had differences with my husband. I left him. I fell in love with someone else, and in the meantime [my husband] was just as charming as Glenn. There was no great mystery to it…. Someone who was a good friend became a better friend and asked me to marry him. His personality changed…. Gould became ill, obsessed. It became a suffocating relationship, [yet] we spoke for hours every day…. [Meanwhile] Lukas was trying to woo me back.”

As an afterthought, she volunteered, “When my children were in school, they were the only children not from divorced or separated parents.”

Born in Berlin, Cornelia Foss’s father, Otto Brendel, an art historian and scholar, was dismissed from his position because he was married to Foss’s mother, Maria Weigert Brendel, who was Jewish. Foss spoke briefly about the family’s arrival in the United States. “[My father] got me and my mother out; we arrived in the U.S. in 1939…. My father was finally able to come to the U.S. after he got a post as a full professor of archaeology at Washington University in St. Louis.”

In the documentary, Christopher Foss expresses a sad nostalgia and a sense of betrayal for “going back to Dad” and forsaking Gould. During our chat last week, he said of Gould: ‘He was a fan of my father’s pianism. I was lucky to have met and known this extraordinary man, who was kind to my sister and me amidst complicated circumstances….The film demystifies someone who was a genius.”

Addicted to pills in his final years Gould suffered a stroke September 27, 1982, and died a week later. Three thousand people attended funeral services in Toronto. “Genius Within” informs: “A selection of Gould’s recordings of Bach’s “Well-Tempered Clavier” is on the Voyager Space Probes, exploring the outer solar system.”

The first time I met composer and author Jack Gottlieb was at the July 10, 2001, tribute to Irving Berlin, held at the Center for Jewish History. His lecture about the influence that Yiddish music had on Berlin’s work delighted the audience — “How a whiff of the fir kashes (the Passover Haggadah’s Four Questions) appears in ‘There’s No Business Like Show Business,’” and how a Russian lullaby is rooted in “Hatikvah.”

My early September interview at his Upper West Side apartment — a stone’s throw from Zabar’s — and follow-up phone chats focused on Gottlieb’s recent memoir, “Working With Bernstein” (Hal Leonard Corporation), about famed composer Leonard Bernstein. In it, Gottlieb recalls personal moments, such as “Bernstein giving me an aliyah at his son Alexander’s bar mitzvah,” Bernstein’s excitement at discovering the Yiddish poem “Oif Mayn Khas’ne” (“At My Wedding”) by Yankev-Yitskhok Segal, and the revelation that “LB would sprinkle sly Jewish tempo markings such as ‘alleghetto’ and moderato hassidicamente’ for the ‘Old Lady’s Tango’ in ‘Candide.’” Gottlieb also includes Bernstein’s riposte to the couplet “How odd of God to choose the Jews”: “But odder still are those who choose/A Jewish God the Jews refuse.” Gottlieb writes: “As one who has lived through the Holocaust era, Bernstein, the father of three children, was attached to the belief in Jewish continuity, just as Bernstein, the musician, was tireless in his efforts to win the respect and love of the Vienna Philharmonic Orchestra members who were conditioned by Nazi ideology.”

A cornucopia of personal memories and minutiae, with such chapter headings as “Home and Office, “ “Travel Adventures,” “Bette Davis Sat on My Lap” and “A Jewish Mass at a Catholic Mitzvah?” the book is chock-full of photographs taken at get-togethers, concerts, outings, and parties. Photo subjects include Felicia Bernstein, Ellen Adler, composer Aaron Copeland, Lukas and Cornelia Foss, and Glenn Gould at a recording sessions with Glenn Gould (at a recording session). During our chats, Gottlieb reminisced about Bernstein’s workaholic life: “He got to work at night, was meticulous, always acknowledged material.” He said that “more than any other composer, Bernstein was “fearless about his Jewish heritage in his concert work… so Jewishly conscious, [it] spilled over into [his] non-Jewish work — a shofar call, a gong whistle.”

President of the American Society for Jewish Music from 1991 to 1997, Gottlieb was Bernstein’s assistant at the New York Philharmonic between 1958 and 1966, and is a senior member of The Leonard Bernstein Office, editor of three Bernstein books and a consultant for the Bernstein estate. Looking across the table at a window facing 79th Street, he stated: “I don’t want to be known as Leonard Bernstein’s ‘shadow.’ I don’t want to be compared to him.” Gottlieb gave me a tour of the memorabilia-laden apartment — photos, programs, books, posters — an entire alcove devoted to shelves of scores and Bernstein lore. I mentioned that Bernstein was a distant cousin, that we had corresponded and he had invited me to have lunch and talk about his shtetl connections, about two weeks before he died. Gottlieb paused and reflected: “October 14 will be his [10th] yahrzeit.

A Life of Music and Love