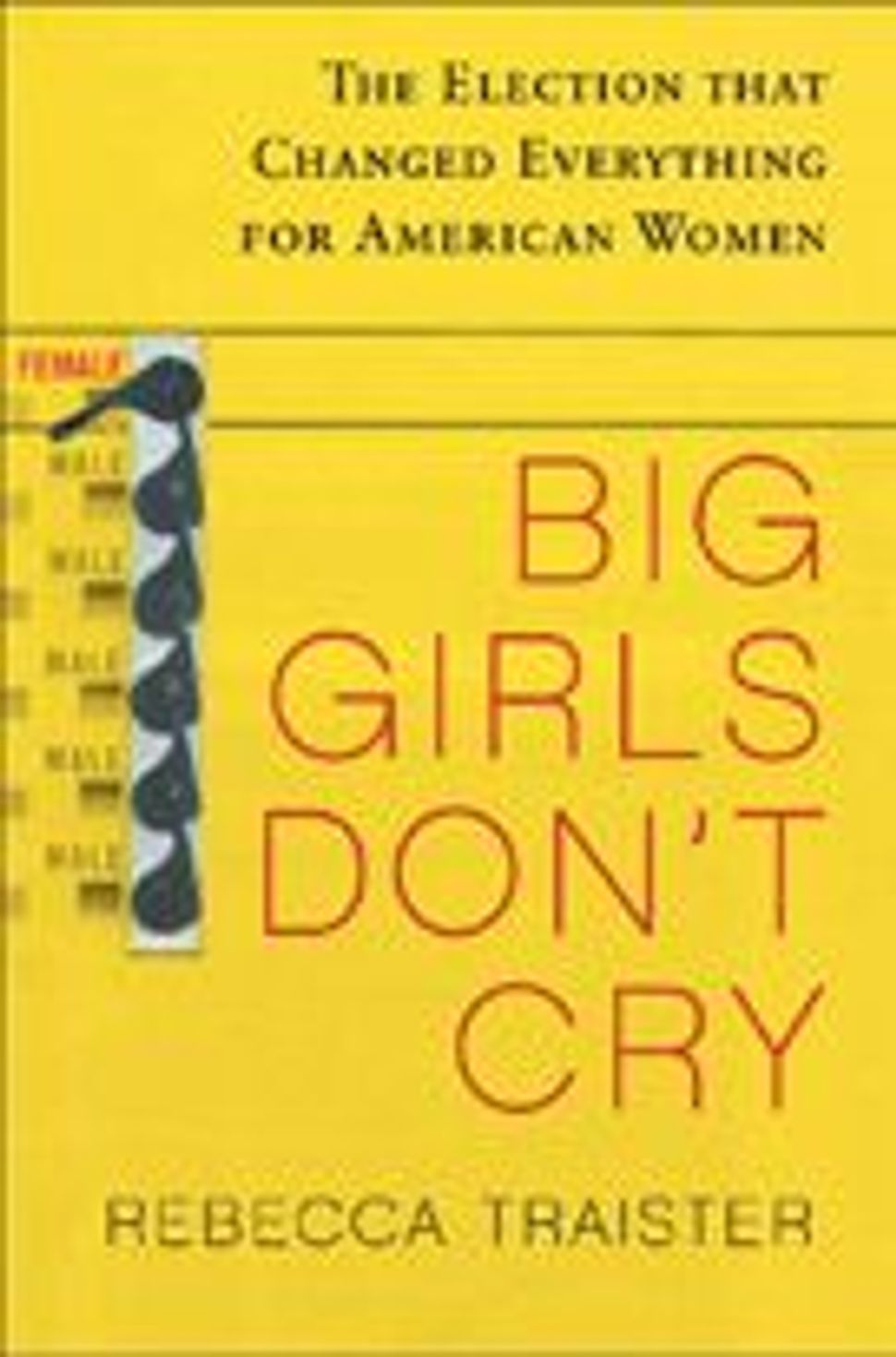 Contrary to the title of Rebecca Traister’s new book, “Big Girls Don’t Cry: The Election that Changed Everything for American Women,” there’s quite a bit of crying in it: everyone from Sarah Palin to Gloria Steinem, to Traister herself show their emotions in this raw, narrative look at the 2008 race to the presidency from a reporter who covered it — often times through a feminist lens — for Salon.com. The feeling approach to the boxing match of politics is part of what is so delightful and unique about the book, which is a story of tearing down barriers, making tough decisions and admitting that, though women have come quite far, we have only just begun to change attitudes and a culture still inordinately built towards men.

Traister deconstructs the lead female players in 2008 — Hillary Clinton, Sarah Palin and Michelle Obama — and the bitterness that emerged from both left and right towards them. Despite what you think you know about that election, this book is proof that there is much more to learn. Traister and I spoke recently about these ideas and more: the governorship as path to the presidency for women, the Obama campaign and administration’s repackaging of Michelle Obama, why women search for shades of themselves in female celebrities and public figures, and Jewish women’s specific duty to feminism.