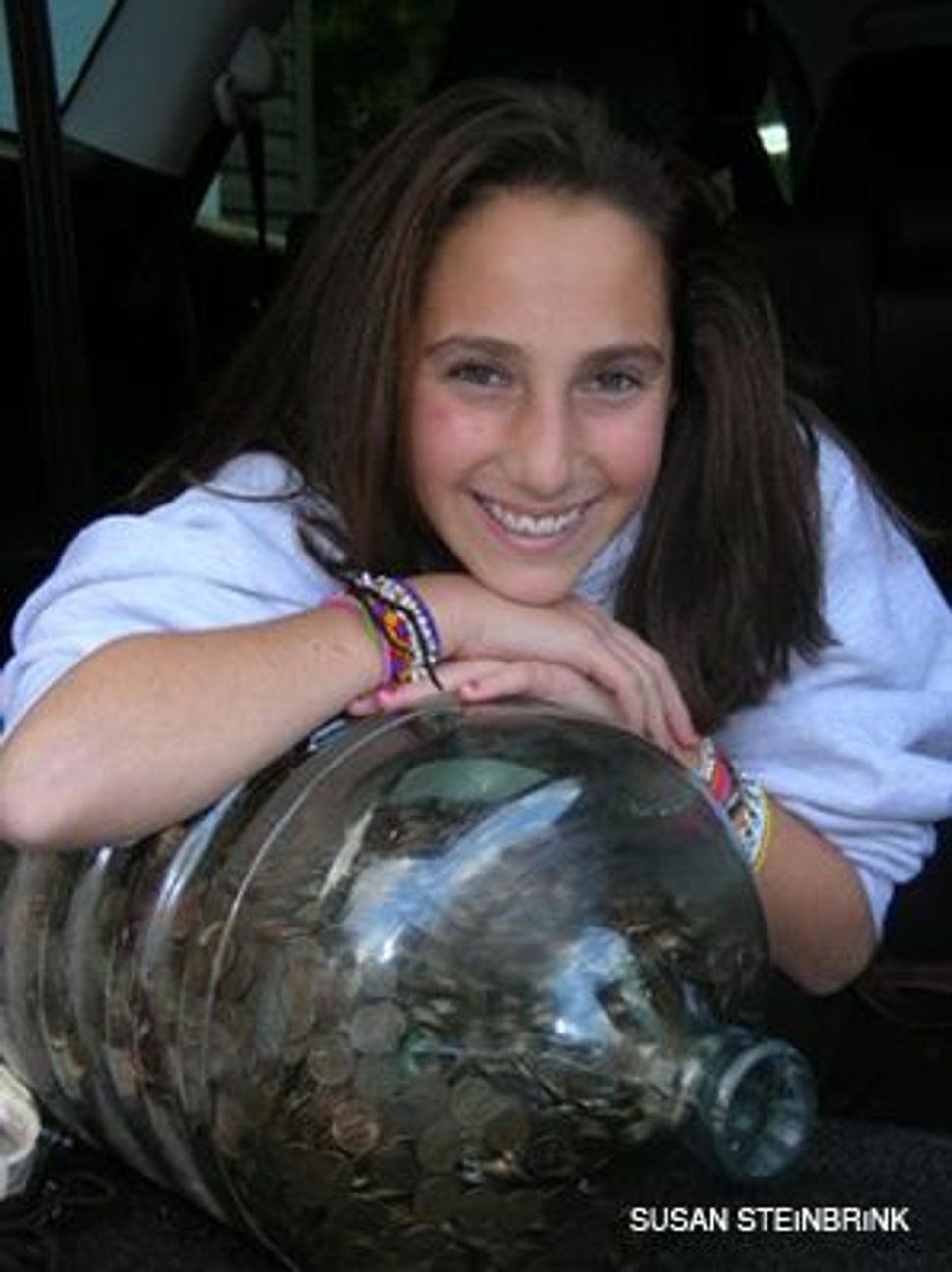 As people around the world mark Yom HaShoah, Holocaust Remembrance Day, on May 1, a young girl in Pennsylvania is commemorating the day by making change -— lots of it. Jenna Steinbrink has 300,000 pennies. By the time of her bat mitzvah in September, she hopes to have 6 million. 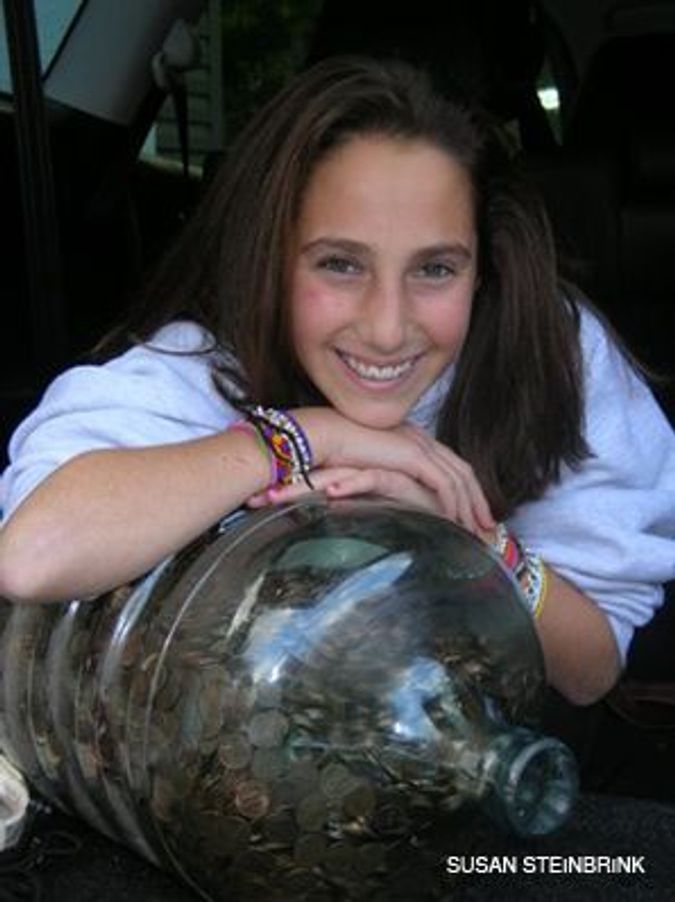 Steinbrink, 12, who has been collecting pennies since last September, plans to donate the money (in the form of a check) to the Simon Wiesenthal Center, a Jewish human rights organization.

“I’ve been interested in the Holocaust since I was 6,” said Steinbrink, who lives in Ambler, Pa. Inspired by the Paper Clip Project, in which middle-school students in Whitwell, Tenn., set out to collect one paper clip for each Jewish victim of the Holocaust, Steinbrink decided to raise $60,000 — or 6 million pennies — for a worthy cause. She ultimately chose the Wiesenthal Center, which promotes tolerance through Holocaust education, as her recipient of her donation.

“I want it to be used to help people understand about the importance of tolerance and the fact that one person can make a difference,” she said. “Like Martin Luther King and Simon Wiesenthal and hopefully me.”

Steinbrink has collected pennies from friends, family and community members, and strangers for her project, Millions To Remember. She has held fundraisers at her synagogue, put out collection cans at local stores and written letters to companies, requesting donations.

The local press that she received has helped, too.

“A man e-mailed me and said he had some pennies for me,” Steinbrink said. “When I went to pick them up, he had a huge jar of pennies he’s been collecting for 30 years now. He read about me in the newspaper and was inspired by my project.” The man gave her the whole jar.

Steinbrink thinks her interest in the Holocaust began with a book called “Marika” by Andrea Cheng, about a Hungarian Jewish girl whose world is turned upside-down when the Nazis invade her country. Many more books and school projects have followed. She also has met some of her idols through her research, including Sandra Roberts, the teacher who started the Paper Clip Project, and Nobel laureate Elie Wiesel.

When Wiesel spoke at a synagogue near her home, Steinbrink e-mailed his assistant to see whether it would be possible to meet with him before or after his talk. He “was in a rush,” Steinbrink said, but she did get to shake his hand, take a picture with him and have him autograph her copy of “Night,” his memoir of life in Auschwitz.

“It was such a great experience to meet somebody who survived the Holocaust,” she said. “After I’d read ‘Night,’ to meet him in person was just beyond amazing. I’m sure he was shaken up by [his experiences], but he didn’t seem to show it that much when I met him.”

Steinbrink, who says that she might want to be a private investigator when she grows up, hasn’t minded becoming a little bit famous herself through her pennies project. Being written about in newspapers has been “pretty cool,” she said.