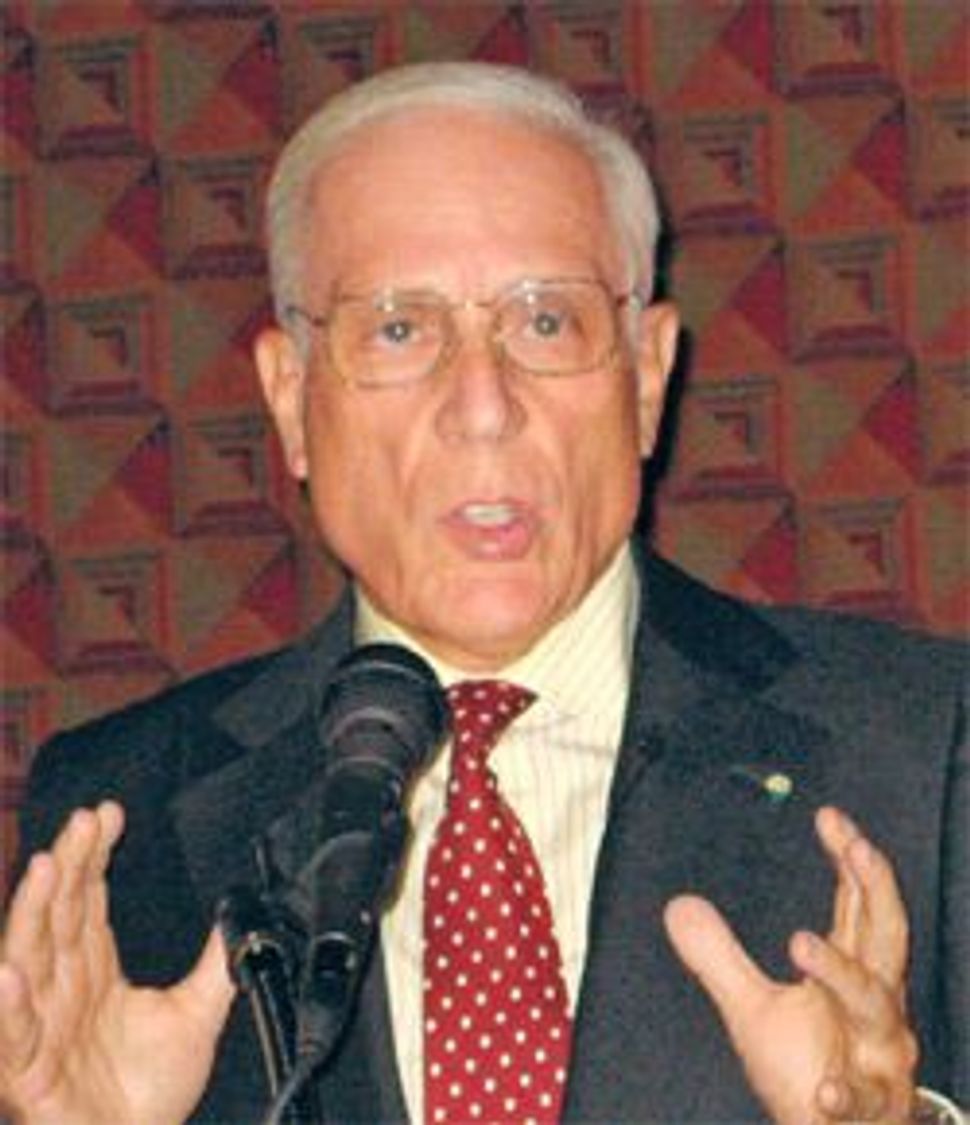 ’‘100 Voices: A Journey Home’ — Cantors Treated Like Rock Stars During Visit to Poland

Had anyone in pre- or postwar Poland predicted that one day, 72 cantors — men and women — would be joined by a Polish children’s choir and the 100-strong Wielki National Opera Orchestra and Chorus to perform “Hatikvah” and “Ani Ma’amim” at the Warsaw Opera House — for a Polish audience — his or her sanity would have been questioned.

“100 Voices: A Journey Home,” a documentary that melds history, memory and thrilling music, was launched with a simultaneous national 500-theaterwide debut September 21 and opened on the 22nd at New York City’s AMC and Los Angeles’s Century 15 theaters. Organized and co-produced by Cantor Nathan Lam of the Stephen S. Wise Temple in Los Angeles, the journey was, according to Lam, “a tribute to the more than 1,300 cantors who perished during the Holocaust.” Acknowledging Poland’s pre- and postwar anti-Semitism, Lam underscored that “there were many Poles who risked their lives to save Jews.” During my September 24 conversation with Lam, he designated the cantors — with roots in the United States. South Africa, Great Britain, Greece, Israel and Slovakia — as “goodwill ambassadors,” and the journey as “conversation.” His ultimate rationale: “Warsaw was the cantorial center of the world. It once had 600 synagogues.” 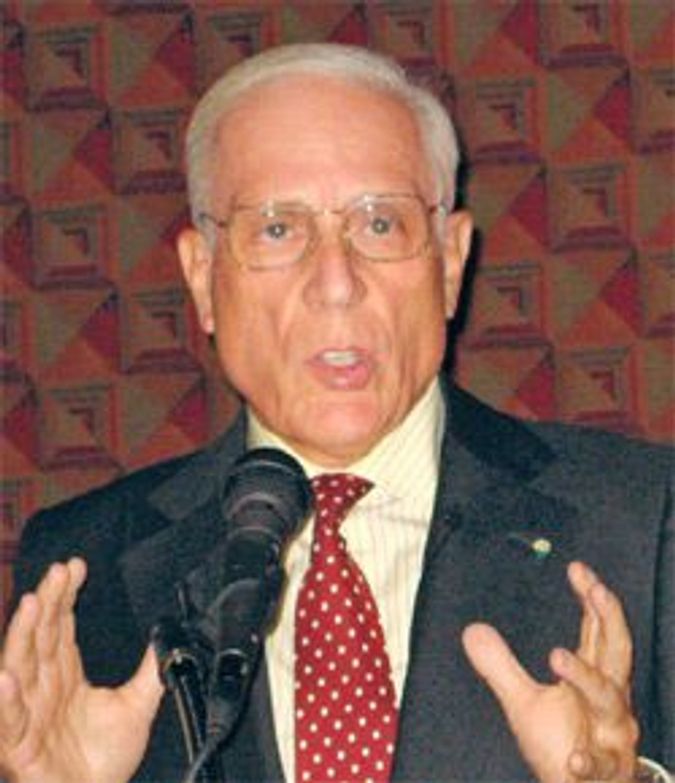 In the film, cantor Alberto Mizrahi, who was born in Greece, recalls: “My family was not Orthodox. I wanted to sing opera. [I then] discovered *hazanut *, and that was it!” At Warsaw’s Nozyk Synagogue, which seats more than 1,000 and survived because it was outside the ghetto walls, South African born cantors Ivor Lichterman of Congregation Anshei Israel in Tucson, Ariz., and his brother, Joel Lichterman of BMH-BJ Congregation in Denver, lauded their father, Cantor Jakub Lichterman, who had been the last prewar cantor at the Nozyk. Having survived the 1943 Warsaw Ghetto Uprising and deportation to Majdanek and Birkenau concentration camps, Jakub Lichterman became a well-loved cantor in South Africa.

“Amazing!” said Cantor Jacob Ben-Zion Mendelson of Temple Israel Center, in White Plains, N.Y., describing the journey during our post-screening chat. “The Warsaw Opera House audience was ecstatic. We were treated like rock stars. They wanted pieces of us… to touch us…. We sang and at the culmination of the [2009] Kracow Jewish Culture Festival…. It was like Woodstock. I taught a class in cantorial improvisation. There was room for only 50, but 150 showed up! They were hanging from the doors!” Also interviewed in the film was Janusz Makuch, the Polish founder of the Kracow Jewish Culture festival, who declared, “I pray that one day, Jewish life will return to Poland, where Jewish culture was born.”

Cantor Raphael Frieder of Temple Israel of Great Neck performed “Lament and Prayer,” based on the words of Pope John Paul II and with music by composer Charles Fox, who has scored more than 50 television films and won a Grammy for his worldwide hit “Killing Me Softly With His Song.” In the film, Fox is shown visiting Szydlowiec, a town where his father had been born. He recoils as he views a castle from which most of the 8,000 Jews (out of a population of 10,000) were sent to their deaths in Treblinka. After finding a few neglected Jewish monuments hidden in the back of a cemetery, he admits to feeling “fear, horror… a bad movie playing in my head.” Fox vows to “try to establish a museum in the town to memorialize the Jews who were here.

“The greatest gift my parents gave me as a kid was [not telling me] we were rich,” real estate developer Peter Kalikow told me during our chat following the September 15 launch of “Sorgente di Vita” (“Source of Life”) TV Database, held at the business luncheon venue Club 101. Kalikow and Centro Primo Levi sponsored the event. Natalia Indrimi, director of Centro Primo Levi, informed me that “the first Hebrew book was published in Calabria [a region in Southern Italy].” Forty years’ worth of television programming dedicated to Judaism — a cooperative project of Radiotelevisione Italiana (the Italian national broadcasting company, now known as RIA) and the Union of Italian Jewish Communities — will now be available to students and scholars online. Keynote speaker Kalikow (whose family’s roots are in Belarus), president of H.J. Kalikow & Co., LLC, former chairman of the MTA, a founder of the Museum of Jewish Heritage — A Living Memorial to the Holocaust and a past owner of the New York Post, spoke of his passion for Italy. He described how a chance discovery of an old synagogue in a piazza in Modena was the catalyst for his involvement in, his love for and his support of Italian-Jewish scholarship.

At the beginning of our conversation, Kalikow said he wanted to focus on two things: Jewish history and Italy. He told me during the first of several postlaunch chats. “I don’t like Russia. My father hated Russia…. I have no relatives who were caught in the Holocaust…. My family is from Belarus near Slutzk. The [Italian] Jews did not do too badly as long as Mussolini was in power. Jews were deported… [but] not many died.” Kalikow reminisced: “Every kid loves cars. You go to a car show… see a Ferrari. From that day, I was hooked. In 1965 to ’66 I go to [Modena] a car show. From 12 to 4 everything is closed to traffic. I walk through the piazza, look into a window and see Hebrew writing. It’s a synagogue… used to be a very important Jewish community. I’d like to do something financially. [They tell me] ‘We need a new roof.’…. I’m hooked, I’m in.” In 2008, Kalikow was decreed the commendatore in the Order of Merit of the Italian Republic.

A speaker at the “Sorgente” launch, Francesca Bregoli from Modena, who teaches a course in Italian-Jewish History at Queens College, said that the TV series “has had a loyal following throughout Europe, mostly by non-Jews interested in Jewish practices.”

Revisiting a 1941 Stormy Journey Across the Sea of Japan

Out of the blue, I received a telephone call informing me that a Mr. Akira Kitade was coming to New York to interview me about my February 1941 crossing of the Sea of Japan to Tsuruga from Vladivostok on the 2,000-ton Amakusa Maru! He found my name among the passengers’ list at the port of Tsuruga, and saw my photos in a Japanese book commemorating the 1994 visit by Sugihara visa recipients to the memorial built in his honor at Yaotsu-Gifu Prefecture.

On September 6, over lunch, Kitade, 66, a writer, explained that he is doing research for a book about Tatsue Osako, who was his boss at the Japanese Tourist Bureau (which at that time was the Japan National Tourism Organization). Osako handled all the paperwork dealing with the funds for the transport of the Sugihara refugees. Kitade asked what I remembered. Indelibly etched is the image of Russian icebreakers attempting to free the harbor of ice to allow the ship to sail in below-freezing weather. The crossing was brutal. There were about 100 refugees — the adults seasick below deck in what had been a cattle ship, the youngsters on deck. I recall standing at the prow of the ship, watching the slabs of ice break away in a V formation, the salty spume washing over the railing as Japanese sailors urged us children to go below.

Kitade’s visit became a catalyst for me to try to locate childhood friends — some of with whom I had lost touch — who had made that crossing. Among them are Hinda Oler Gutoff*, now in Brookline, Mass. (she and her mother, Lonia, and twin sister, Hannah, were with me and my mother on the Amakusa Maru crossing); **Henry Schwartz, now in Indianapolis; Jerry Shmoysh, now of Great Neck, N.Y., and Leo Melamed, chairman emeritus of the Chicago Mercantile Exchange. Kitade, back in Japan, continues to e-mail me photos of people he cannot identify, and I continue tracking childhood friends and Amakusa Maru voyagers now in Israel, Australia and Canada.

First a teenage heartthrob, then the ex-husband of Debbie Reynolds (whom he left for Elizabeth Taylor, who, in turn, left him for Richard Burton) Eddie Fisher, who died September 22 at 82, did more than sell a trillion copies of such hits as “Oh! My Pa-Pa” — he had his moment in the spotlight as a cantor.

In 1988, jokester Joey Adams hosted an Italian Seder at Marcello’s, a now-long-gone East Side restaurant. The guest participants included Tovah Feldshuh, Sylvia Miles, Lou Jacobi and Liliane Montevecchi. Rabbi Malcolm Thomson (then partner in the investment banking firm Sanford C. Bernstein) presiding. Fisher was designated as the official “hazan.” Instead of opening the Seder with the traditional “Ha Lachma Anya” (“This Is the Bread of Affliction”), Fisher belted out “Sing a Song of Israel.” Everyone applauded. No one was surprised. This was, after all, a nonkosher, nontraditional, innovative, inclusive Seder. At subsequent Fisher encounters, when I mentioned his cantorial moment, Fisher would just crack a weak smile. That’s all.