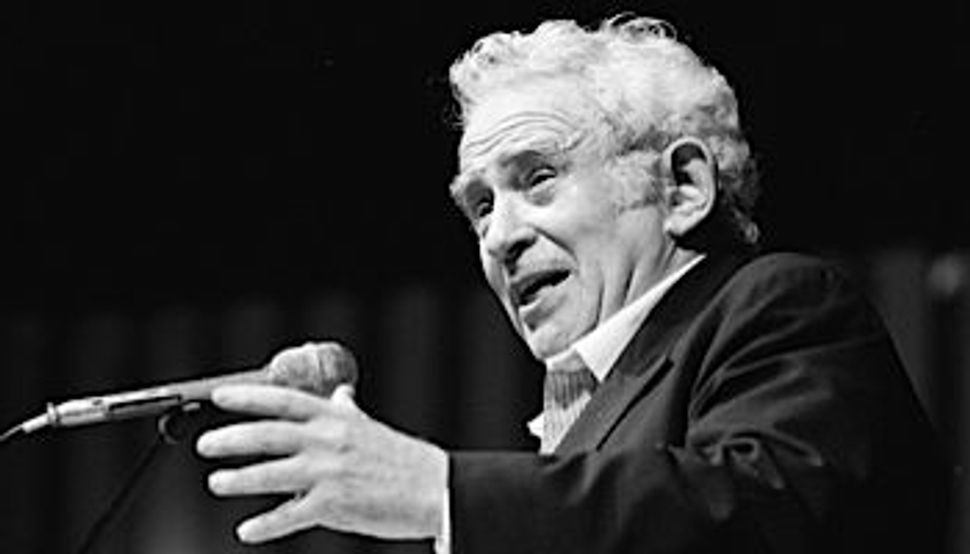 That’s Republican Christine O’Donnell today as her numbers continue to fall in the race for Delaware’s open Senate seat.

And public reaction was — well, nothing.

Mailer’s often forgotten quixotic mayoral campaign in the end won 5% of the Democratic primary vote. Many credit his run, or blame it, depending on their viewpoint, with snatching the Democratic mayoral nomination from liberal Bronx Borough president Herman Badillo and handing it to law-and-order city controller Mario Procaccino. Liberals fled from Procaccino in the general election, giving their vote instead to ultimate victor John Lindsay, a liberal Republican (a now extinct species).

It was a wild and crazy campaign at the height of the sixties, and as today, anger was in the air. Crime and social disfunction in the city was rocketing while trust in conventional politics and politicians was plunging in Tea Party-like fashion.

O’Donnell’s objection to the activity seems pretty tame by comparison.

“We have God given sexual desires, and we need to understand them and preserve them to be used in God’s appropriate context,” she said facing the camera in a 1996 MTV program on young people and “Sex in the ‘90s.” “You’re going to be pleasing each other, and if he already knows what pleases him and he can please himself—then why am I in the picture?”

Is there a sexual double standard going on here? Like O’Donnell, Mailer, in his interview in The Realist, also attacked contraception. But this, too, never came up in his campaign, in the very heartland of feminism.

Krassner, now 78 and living in Desert Hot Springs, Calif., rejected the notion of a double standard. It’s more, he said, about changing standards about what can be discussed in the mainstream media and the changing nature of media technology itself.

O’Donnell’s comments “became news with the aid of YouTube,” noted Krassner. Mailer, who died in 2007, “never had such a visual aid, one that would travel so immediately and become so widespread. So because of the prudishness then and the technology now, I don’t think it’s accurate to label this as a double standard genderwise (and poundfoolish).”

In a Time/CNN poll released September 21, O’Donnell’s Democratic opponent, Chris Coon, was trouncing her 55% to 39%; not yet Mailer territory poll-wise. On the other hand, her decision to run, like Mailer’s, may come to be seen as a decisive factor for the ultimate outcome. O’Donnell defeated popular Delaware pol and former governor Mike Castle in the GOP primary. And Castle, according to polls at the time, would have pummeled the now confident looking Coon.