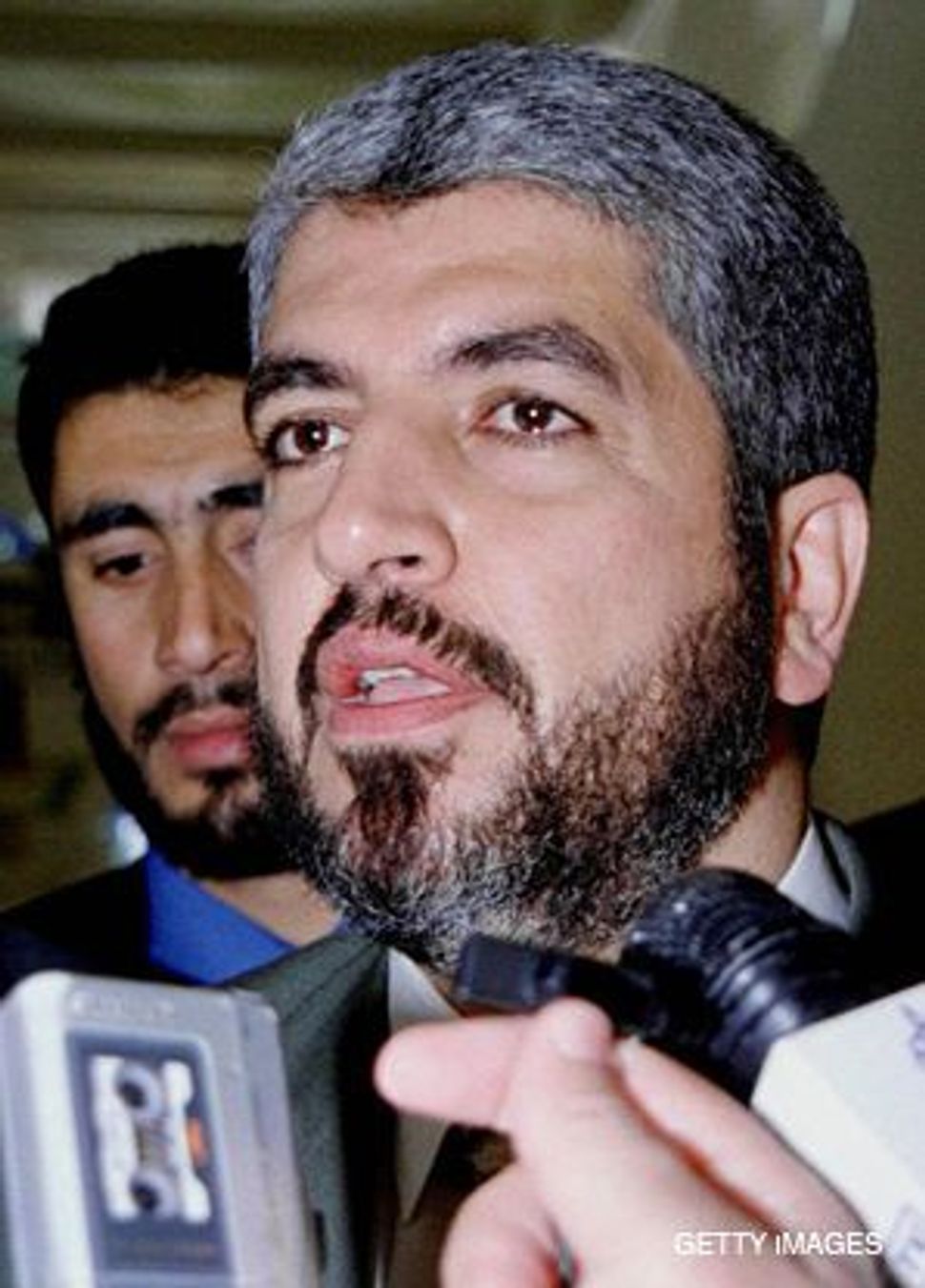 MESHAL: Carter?s meeting with the Hamas leader has sparked debate.

In the United States, the uniform response to Jimmy Carter’s decision to meet with a Hamas leader in Syria suggested that this is not an issue up for debate. All the presidential candidates blasted Carter, as did pro-Israel advocates. 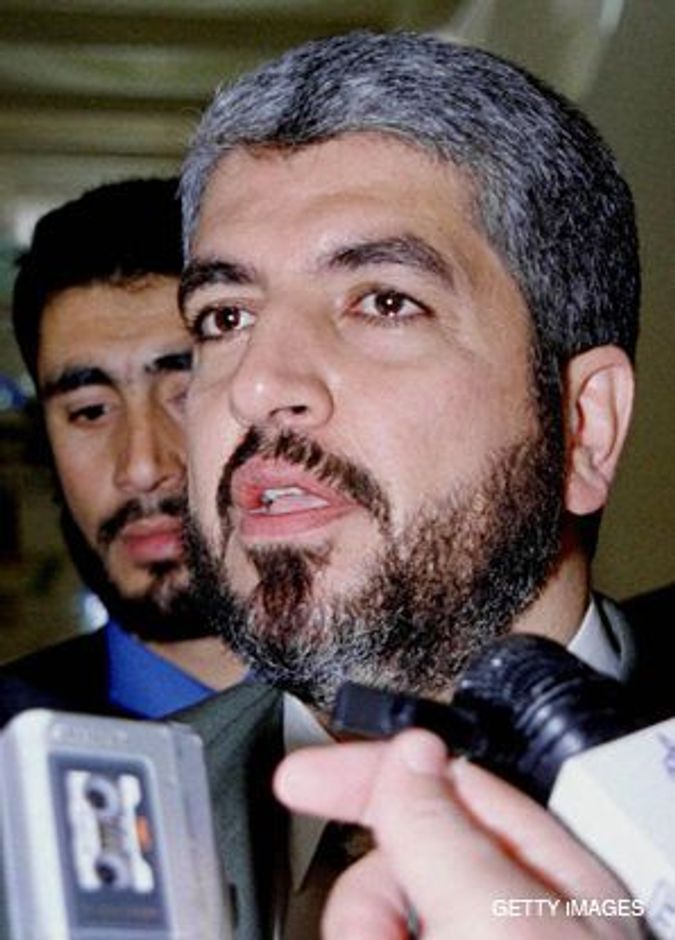 MESHAL: Carter?s meeting with the Hamas leader has sparked debate.

In Israel, though, the talk of Carter’s meeting with Khaled Meshal has fed into a long-running debate over the propriety of talking with Hamas — a debate that is significantly more nuanced than the quick American response to Carter.

The proponents of talking to Hamas in Israel come from all sides of the Israeli political spectrum: Security hawks, like former Mossad chief Ephraim Halevy and ex-national security adviser Giora Eiland, see Hamas as a power to be reckoned with. Left-leaning politicians, such as ex-ministers Shlomo Ben-Ami and Yossi Beilin, believe that bringing in Hamas is the only way to bolster the current negotiations over a comprehensive Israeli-Palestinian agreement.

“The divisions among Israelis on the Hamas question do not reflect the usual differences between doves and hawks,” Beilin told the Forward. “There are those, like Halevy, who don’t believe that peace is possible and think that managing the conflict is a mutual interest of Israel and Hamas. People like Ben-Ami and myself believe that in order to have peace with the [Palestine Liberation Organization], one must have a cease-fire with Hamas.”

To be sure, Carter’s meeting with Hamas faced, on the public level, widespread criticism, and the former president was shunned by most Israeli officials during his stay in Israel prior to his Damascus trip. Within the Labor Party, Ephraim Sneh said that “there are very few Israeli politicians in favor of Hamas talks.”

“The only debate within Hamas is tactical; they agree on the strategic goal to get rid of Israel,” Sneh told the Forward. “This is what people don’t understand…. If you engage them, you pull the rug under moderates and you reward terror.”

But some important Labor figures disagree with Sneh. Shlomo Ben-Ami, a former foreign minister, said, “We need to do our utmost to save the Annapolis process, and this requires practical steps.”

“One needs to engage Hamas,” Ben-Ami added. “What Carter is doing is not a capital sin. This is another planet than America here, and we need to engage our enemies, be it Hamas, Syria or Iran. Asking them to recognize us from the outset has led nowhere.”

The debate among Israeli figures is reflected in public sentiment. According to a poll commissioned by the daily Ha’aretz in February, 64% of Israelis say the government should hold direct talks with the Hamas government in Gaza about a cease-fire and the release of captive soldier Gilad Shalit. Trade and industry Minister Eli Yishai, chairman of the right-wing Shas party, publicly endorsed talking directly with Hamas on the sole issue of Shalit. The government has refused to hold such talks, relying on Egypt’s mediation to secure the release of Shalit, who was kidnapped in Gaza in the summer of 2006. The soldier’s release is one of the topics that Carter will be discussing during his visit to Syria this Friday.

There are indications that the same debate is quietly taking place within Israeli government, military and intelligence circles. The Israel Defense Forces has, for instance, conducted war games exercises about a Hamas engagement, while there have been in-depth discussions at the foreign ministry about the possibility of such an engagement, according to analysts who have been privy to Israel government discussions in recent months.

“All signs point to the fact that there is a very serious conversation taking place inside government about a cease-fire package,” said one of the analysts, who declined to be identified in order to be able to discuss such issues more freely.

Some observers detect similar, if less public, dissensions within Hamas between hardliners bent on a military confrontation and pragmatists who would prefer some form of accommodation with Israel.

“In the last couple of years, moderates and the leaders in Damascus share the wish to have an engagement with Israel, albeit not formal direct talks,” said Shlomo Brom, a retired general now with the Institute for National Security Studies, in Tel Aviv. Brom has been involved in unofficial discussions with Hamas officials.

There has been much talk in policy circles about a recent interview Meshal granted to the Palestinian newspaper Al-Ayyam, in which he indicated that Hamas could recognize the 1967 borders for a Palestinian state if such an arrangement includes Jerusalem and the refugees. While many Israelis reject such pronouncements as a tactical ruse, Halevy penned an opinion article in Yediot Aharonot claiming that the declaration was important and that Meshal’s insistence on not recognizing Israel before negotiations was not that different from the stance of Palestinian Authority President Mahmoud Abbas.

“The horse has already left the barn, and it is clear a sophisticated dialogue has been taking place for some time,” said Jeffrey Aronson, director of the dovish Foundation for Middle East Peace in Washington.