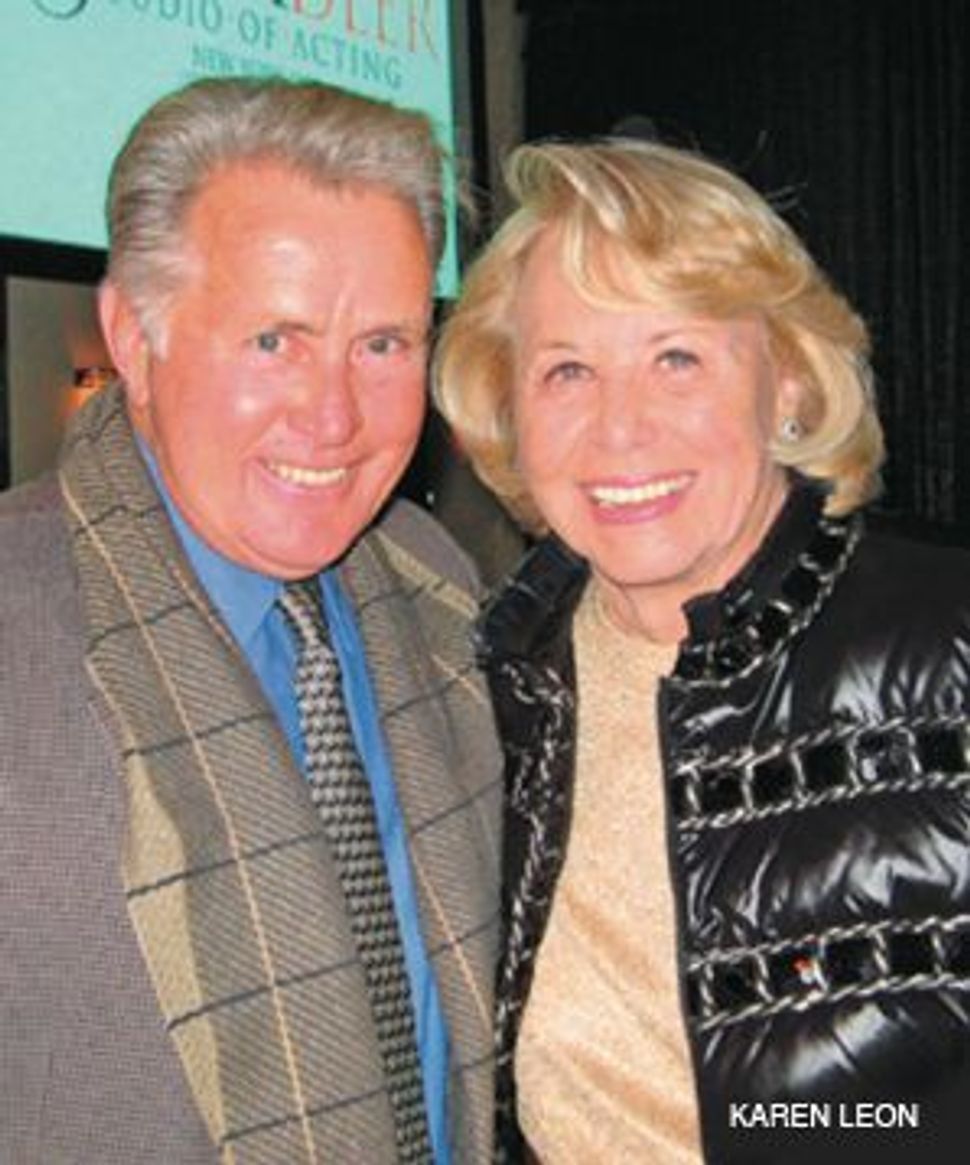 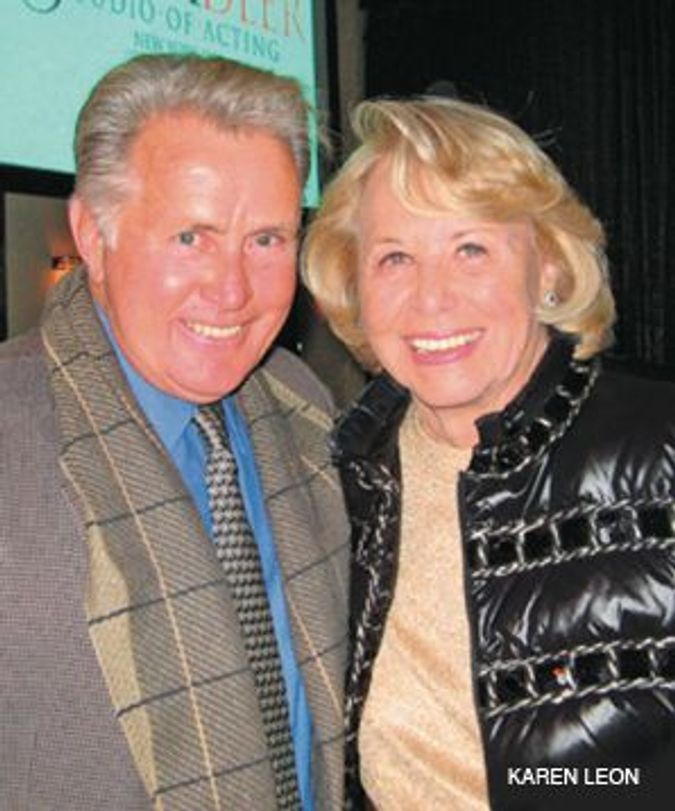 On September 24, the Museum of Jewish Heritage-A Living Memorial to the Holocaust will launch a remarkable exhibit: Woman of Letters: Irène Némirovsky and Suite Française, a rare collection of artifacts including more than 100 unpublished family photographs, the manuscript of “Suite Française” and the valise in which Némirovsky’s daughters found it — 50 years after her death in Auschwitz. At the April 8 press conference sponsored jointly by the museum and the Cultural Services of the Embassy of France at its New York headquarters, museum director David Marwell thanked “our hosts, Karen Rispal and members of her staff, Fabrice Gabriel and Amoury Laporte.” He also acknowledged Sandra Smith, “the gifted translator who made [French writer] Irène Némirovsky’s work so beautifully available to the English-speaking world,” and lauded Jack Lang, president of the Institut Memoires de l’Edition Contemporaine — “Our partner in this endeavor.” Marwell recalled his astonishment when he first “saw what was perhaps the most powerful artifact I had ever seen — the leather notebook that contained the draft of “Suite Française,” which was on view to the public for the first time.” Marwell clarified: “In the last year of her life, in the small village of Issy l’Eveque, Irène Némirovsky could be seen writing furiously in this notebook. Fearing that her supply of paper and ink would not last, and that she was running out of time — Irene wrote in a tiny script. Large pages of this notebook [are covered] with stringy filaments of text. She did not finish.… When she was arrested and taken to Auschwitz, where she perished, she left the notebook behind.” Her oldest daughter, Denise Epstein, found the notebook decades after her mother’s death and discovered that it was not her mother’s diary but a manuscript for “Suite Française.”

Marwell was adamant: “When you are responsible, as we are, for relating the complex and difficult history that is the subject of our museum, you learn over and over again that context is crucial. In our exhibition on Irène Némirovsky, we intend to tell the story of a real woman who lived in a particular time and place.… Our interest is not hagiography but rather history, with all of its nuance texture.” Marwell, who co-wrote the book’s preface with Olivier Corpet, acknowledged that Némirovsky, who “was ambivalent to her Judaism, converted to Catholicism in 1939.” He added: “We knew that her early works contained disturbing stereotypes of Jews… I was confident, however, that her story was unambiguously a Holocaust story… not only was she deported to Auschwitz with a Jewish star stitched to her blouse, but her story echoed and reflected the stories of many who shared her fate.” Exhibition curator Ivy Barsky described Némirovsky’s narrative as “a Holocaust story, a French story and a Jewish story — in all its complexity.”

“I wear this golden outfit in memory of my mother [Stella Adler], the most beautiful and flamboyant member of The Group Theatre,” Ellen Adler told the guests at the March 17 Stella by Starlight Gala, held at Cipriani 23rd Street. Her son (and Stella Adler’s grandson), Tom Oppenheimer, president and artistic director of the Stella Adler Studio of Acting, touted the studio’s mission “to nurture theater artists who value humanity, their own and others, more than fame or money.” Mistress of ceremonies Kathleen Turner introduced Stockard Channing, who joshed about Marlon Brando Award recipient Martin Sheen: “He had 63 arrests for civil disobedience.” Channing, who played first lady Abby Bartlett to Sheen’s President Josiah “Jed” Bartlett in the 1999-2006 TV series “The West Wing,” added: “I thought this was pretty hot. He had a fantastic career, while being disobedient.” Columnist Liz Smith, who received the Harold Clurman Lifetime Achievement Award, lashed out at the “faux famous people — mediocrities who don’t remember who Betty Grable or Joan Crawford was.” Film director Sidney Lumet recalled that Harold Clurman (Stella Adler’s second husband and co-founder of The Group Theatre) “looked to the Yiddish theater [and] celebrated its powerful influence… Clurman helped America overcome the Great Depression. [His view was that] the history of the theater is the history of lousy plays, and life was a losing game [and] you might as well enjoy it.”

The Harold Clurman Spirit Award was presented to Pamela Newman, an international insurance broker specializing in Fortune 500 clients worldwide. “As a professional, you learn that every phone call, meeting of two people or more, requires acting.… Long ago, a boss said to me about our business: ‘Pamela, you can be tired in our business, but you can never look, sound or act tired.… Even when you fail in our business, you have to remember to act, welcoming the hideous moment of failure like a lover on holiday in Italy.’ Even when your world is turned upside down by the Armageddon event of 9/11 and your colleagues, office, infrastructure and schedule have disappeared in a labyrinth of confusion and pain, you have to act… you have to say to your clients, ‘Not a problem,’ when there is no desk, computer or office. I am proud to be an actor, an insurance broker, a professional — an actor.”

In March 2005, when Newman was honored by the American Jewish Committee with its National Women’s Leadership Tribute, among the people she touted as her “teachers” in leadership was “John Catsimatidis [head of the Red Apple Group and of Gristedes Foods]. He recognizes that when you have a problem, you find a solution. Rolling in the mud is not the very best way of getting clean.” Catsimatidis (who told me he plans to run for New York City mayor) and his wife, Margo, were among the Stella by Starlight guests, as were Dina Merrill, Tommy Tune and Marian Seldes.

The Group Theatre Award was presented posthumously to Roy Scheider — best known for his role in Steven Spielberg’s film “Jaws”) — for, as the program notes stated, “a life committed to social engagement and prolific achievement in the theater.” Brenda Siemer Scheider accepted the award on behalf of her late husband. A board member of the Stella Adler Studio and a beloved family friend, Scheider began his relationship with the studio when he appeared in “Tartuffe” in 1965, directed by Clurman at Lincoln Center. The Roy Scheider Scholarship Endowment Fund was established in his memory, with the intent, as noted in the program, to “make a profound difference in the lives of aspiring artists for decades to come.”