Dyeing To Be Holy 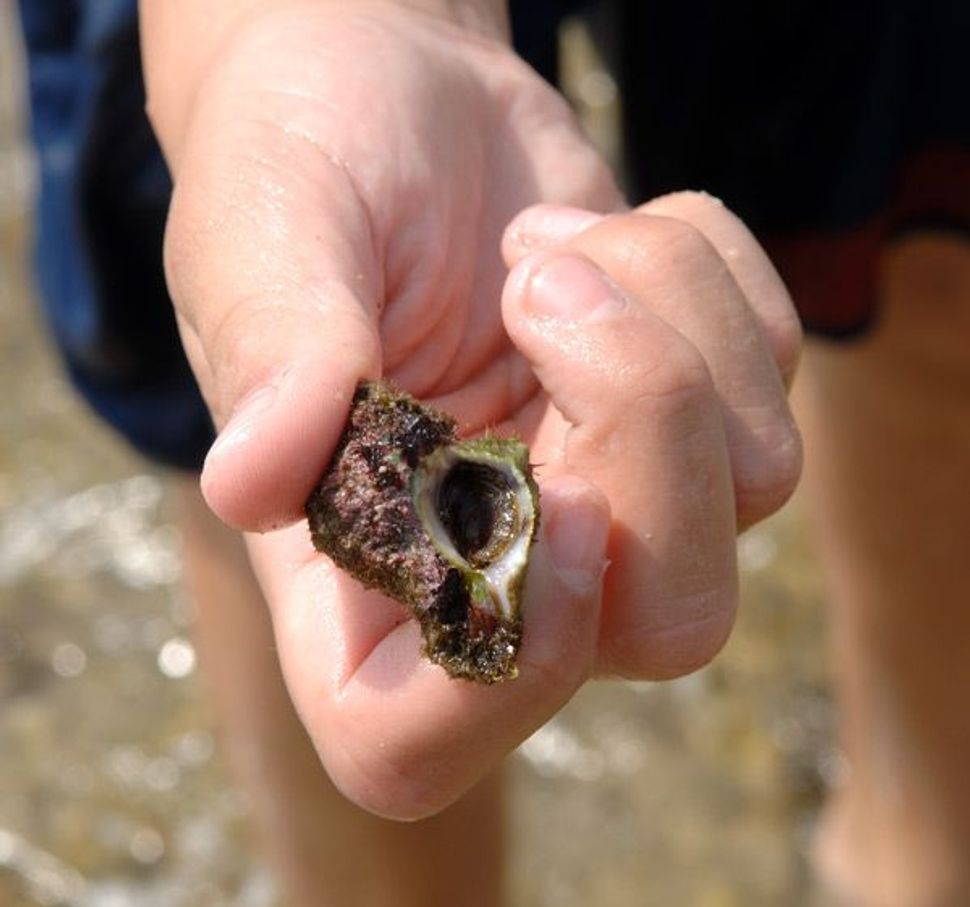 True Blue: According to Ptil Tekhelet, the hilazon snail is the source of the blue dye that tzitzit are supposed to contain. Image by COURTESY OF PTIL TEKHELET 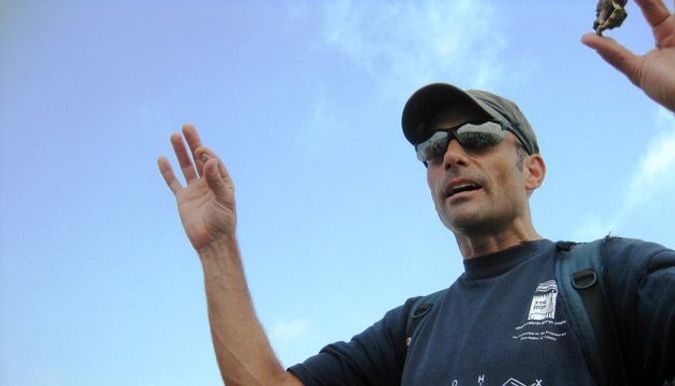 Bathers on a northern Israel beach witnessed a strange spectacle in late September, when a group of Orthodox Jews arrived, discussed a number of talmudic passages, and waded into the water, wearing snorkels, to unravel a biblical mystery.

As well as demanding that “the Children of Israel make tzitzit on the corners of their garments,” the Bible calls for these fringes to contain a thread dyed a particular shade of blue, called tekhelet.

But for more than 1,200 years, the source of the dye for this color has been a mystery. 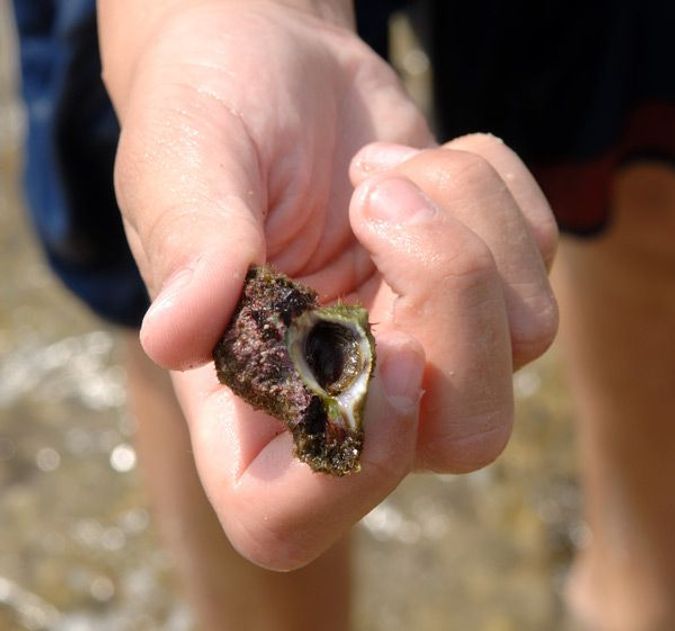 True Blue: According to Ptil Tekhelet, the hilazon snail is the source of the blue dye that tzitzit are supposed to contain. Image by COURTESY OF PTIL TEKHELET

Roman emperors from the first century BCE onward wanted tekhelet reserved as a status symbol for the governing classes, meaning that it became progressively more difficult for Jews to obtain it. This, together with other political and economic factors, meant that by the eighth century, Jews had lost the tradition of how to obtain the dye, and tzitzit became the all-white fringes that are familiar today.

But now, a Jerusalem-based not-for-profit organization, Ptil Tekhelet, claims to have rediscovered it. “This is the experience of a mitzvah’s renaissance,” said the man leading the group of Talmud-studying snorkelers, Mois Navon, a computer programmer, ordained rabbi and Ptil Tekhelet board member. “For a biblical commandment to be returned to the people is really something significant.”

In the past, rabbinic sources have stated that tekhelet comes from a snail called the hilazon. But hilazon isn’t a biological species name, just a rabbinic name. The mystery was figuring out the species to which they were referring.

The modern search for the answer began in earnest in the early 20th century, when Isaac Herzog, who went on to become the first Ashkenazi chief rabbi of Israel, wrote a doctoral thesis in which he concluded that a snail called the Murex trunculus (the scientific name for hilazon) was the “most likely candidate” for the source of tekhelet.

While the Talmud doesn’t give a full identification of the hilazon, it does provide important clues. It was found near Haifa; the color of its dye is “similar to the sky and the sea” and indistinguishable from the plant dye kala ilan, which is the color Indigofera tinctoria, aka indigo.

Key to Herzog’s conclusion was the fact that archaeological digs uncovered large ancient dyeing facilities close to Haifa, and mounds of Murex trunculus broken open, apparently to access their dye.

But Herzog hit a snag. The snail’s dye was purplish blue, not the pure blue described in the Talmud. It took until the early 1980s for this riddle to be solved. In research unrelated to the search for the biblical dye, Otto Elsner, a professor at Shenkar College of Engineering and Design, near Tel Aviv, noticed that on sunny days, Murex trunculus dye became more blue and less purple. It turned out that the missing link between Herzog’s experiments and biblical dyeing methods was ultraviolet light, which transforms the blue-purple colorant to unadulterated blue.

Elsner also noticed that dye from the snails not only looked identical to that of Indigofera tinctoria, as per the Talmud’s statement, but also actually shared the identical molecular composition — unusual for a plant and an animal dye.

Rabbi Eliyahu Tavger seized on Elsner‘s research, went about solving other sticking points to Herzog’s theory — mostly to do with matching the snail to the talmudic sources on its identity — and in 1988 successfully dyed tzitzit with what he considers hilazon dye.

Five years later, together with several other enthusiasts for reviving the tekhelet tradition, he established Ptil Tekhelet (“tekhelet thread”) to begin manufacture of tekhelet threads. At first the organization sold 30 packets of threads a month. While tekhelet wearing is today the exception and not the rule, and while Haredim worldwide have rejected it, it has made significant headway in Modern Orthodox circles in Israel and the United States, and received the backing of some important rabbis. Zephaniah Drori, Chief Rabbi of Kiryat Shmona in Northern Israel, and Hershel Schachter, a rosh yeshiva at the Rabbi Isaac Elchanan Theological Seminary at New York’s Yeshiva University are both keen tekhelet wearers and advocates. It has also excited some Jewish scientists, including the Nobel Prize-winning Cornell University theoretical chemist Roald Hoffmann, who has said that “a chemistry that came from the people should be returned to the people.” The group now sells 1,000 packets monthly, each containing enough strings to tie one garment and costing $45. The beach workshop was intended to increase awareness of the organization, and Navon hopes to run more workshops during Passover.

At the workshop, Navon dramatically told the story of tekhelet’s rediscovery, gave a detailed description of the snails, and then invited the participants to don swimsuits and start looking for them on the seabed. The 40 participants found about 30 snails.

This was not a mere day at the beach, but an expedition of great importance, Navon said. “In our day there are two things reinstated to the Jewish people — living in the Land of Israel being one, and being able to wear tzitzit with the blue thread being the other.”

After comparing the catches with talmudic statements about the hilazon’s appearance, Navon returned them to the sea, as snails in public waters are state property, and then provided other snails — sourced from fishermen in Croatia — for some do-it-yourself dyeing. Huddled around picnic tables near the beach, small groups of participants mixed snail glands with water, added various chemicals and exposed the dye to the sun, and then successfully dyed the wool tekhelet.

Participants were impressed by what they saw. For Phil Schneider, a tourist from New York, the workshop was “another example of how, in Israel, you can find the meaning in ritual — it becomes real, not just pure mythology.” Ovadia de-Israel, from Jerusalem, said that as a tekhelet-wearer, he found the session exciting. “You say the passage about tekhelet every day [during prayers], and I felt not right saying it but not doing it. Now my actions connect better with what I read.”

Dyeing To Be Holy