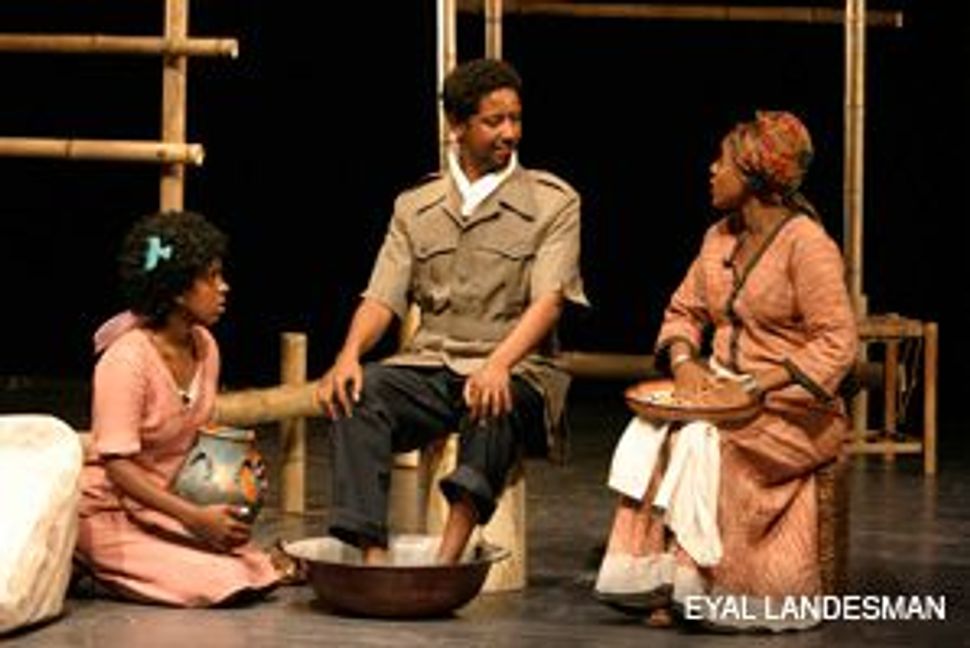 OPERATION MOSES: The play tells the story of one family?s flight from Ethiopia to Jerusalem.

Hilarity might not be the most obvious feature of the Ethiopian Jewish community’s arduous migration to Israel, but playwright Yossi Vassa has not only made that trek as a child, he also has a background in stand-up comedy. 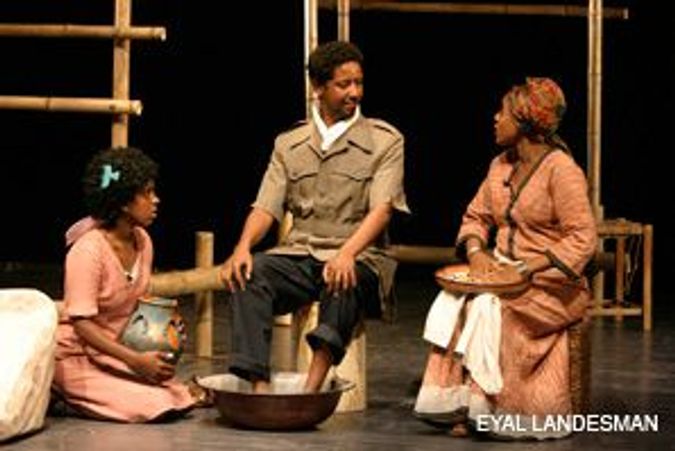 OPERATION MOSES: The play tells the story of one family?s flight from Ethiopia to Jerusalem.

In “One of a Kind,” a play that Vassa co-wrote with Shai Ben Attar about his family’s flight from Ethiopia in the mid-1980s, Vassa draws on both his experience and his comedic abilities.

“It was very important to tell it through humor, because you can’t take life at high levels,” Vassa told the Forward.

“One of a Kind,” which deals with conflicts in Vassa’s family around the decision to leave Ethiopia, is dedicated to the playwright’s grandmother, who died in Sudan before the rest of the family emigrated via Operation Moses, the covert effort in which thousands of Ethiopian Jews were airlifted to Israel.

The play has already had a three-year run in Israel, where it won multiple theater awards. It was recently translated into English, and the original cast members, all of whom were born in Ethiopia, are taking it to America and Canada.