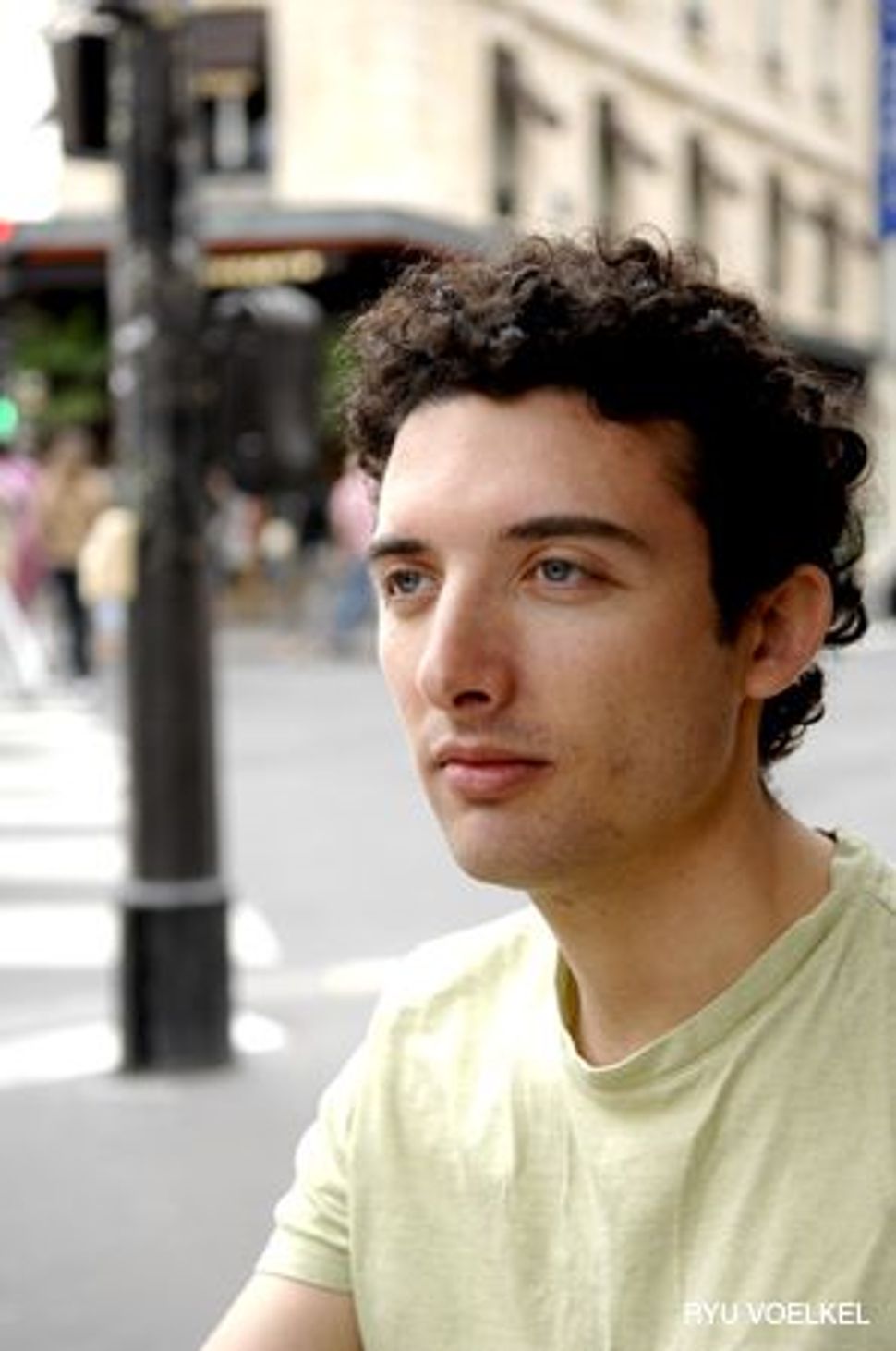 BEHIND THE SCENES: Gregory Levey details his experiences as a speechwriter for Israel?s U.N. delegation and for two Israeli prime ministers.

They don’t bang their shoes at the United Nations or prematurely declare peace for our time, but with those fortunate exceptions, the Israeli diplomats described in Gregory Levey’s debut memoir appear capable of just about anything. There’s the memorable scene — unforgettable, really — in which the country’s foreign minister conducts a high-level strategy meeting wearing just his underwear. Later, a key government spokesman completes a telephone interview with CNN as he keeps ABBA’s “Dancing Queen” playing in the background. And then there’s the prime minister’s young English-language speechwriter, who spends months trying to sneak “Seinfeld” references into his boss’s public addresses — and eventually succeeds. 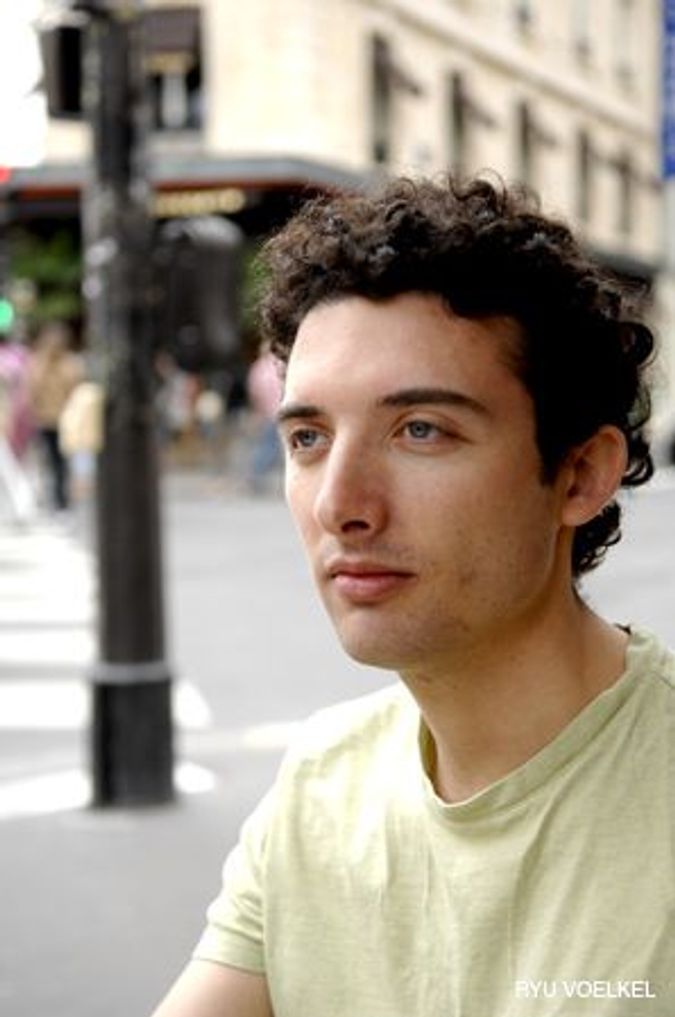 BEHIND THE SCENES: Gregory Levey details his experiences as a speechwriter for Israel?s U.N. delegation and for two Israeli prime ministers.

It’s the mischievous speechwriter — Levey himself — who describes these and an array of other pranks and embarrassments in “Shut Up, I’m Talking: And Other Diplomacy Lessons I Learned in the Israeli Government” (Free Press), which is a humorous first-person account of Israel’s diplomatic efforts and arrived in bookstores April 22. With the assassinations of Hamas leaders and the construction of Israel’s security barrier taking place in the background, the chronicle revisits Levey’s two-and-a-half years as a professional speechwriter and blunder-observer, first for Israel’s U.N. delegation in New York and later in the prime minister’s office in Jerusalem.

Raised in Canada by South African parents, Levey never actually applied to be a speechwriter, but became one thanks to fortuitous timing and the unique, frequently maddening illogic of Israel’s offices at the U.N. Brought in as an assistant speechwriter while still a Fordham Law student in New York — he’d inquired about an internship with the Israeli delegation — Levey was soon witnessing enough outrages and fiascos to fill an entertaining 260-page book.

“My overriding feeling the whole time was, ‘Man, this is weird,’” Levey said recently, speaking by phone while traveling. “I thought this would be an interesting perspective — an outsider thrown inside.”

Just 25 when he arrived at the U.N., Levey was indeed an outsider — far younger than most of his colleagues and neither fluent in Hebrew nor a citizen of Israel. But once he’d joined Israel’s U.N. staff, Levey became privy to the inner workings of what’s arguably the country’s most important overseas outpost, as well as to daily operations at the U.N., which itself repeatedly provides fodder for laughs. (At one point, Levey describes a “clubs fair” for U.N. diplomats, where figures debating matters of global importance are invited to sign up for such groups as the knitting club and an “outdoor adventure” group.)

“The whole time it was happening,” Levy said of the experiences in the book, “I would find myself calling my family and friends and saying, ‘You’ll never guess what happened.’ It’s such a funny and weird tale, someone needed to tell it.”

Levey’s story gets even stranger after he lands in Israel, first as one of two students in a surreal course on Israeli security tactics (the other student was the Jewish tour manager of the popular band Radiohead) and later as a speechwriter for Prime Minister Ariel Sharon, and, after Sharon’s debilitating stroke, his successor, Ehud Olmert.

Despite its booming, technology-driven economy, the Israel that Levey inhabited frequently comes across as a mess of bureaucracy and frustration, with the author forced to take a math test to become a speechwriter, then waiting for the approval of a “telephone committee” — possibly the figment of a lazy co-worker’s imagination — before receiving a cell phone number he could give to journalists and colleagues.

Though played mostly for comic value, the incidents recounted in “Shut Up” inevitably raise questions about the effectiveness of Israel’s diplomatic efforts, which had not, last time we checked, succeeded in making the Jewish state the world’s most popular country.

Nor, as Levey writes, do Israel’s deranged cab drivers and the country’s distinctive style of customer service ingratiate it to visitors and prospective citizens — including, ultimately, the author and his fiancee, who returned to North America shortly before the outbreak of the 2006 Lebanon war.

“There are so many good things in Israel, and so many good people,” said Levey, now 29 and a member of the communications department of Toronto’s Ryerson University. “I miss a lot of it, but there are certain aspects of the culture that, when they’re put into the government, it can be a bit detrimental.”

Still, he said, “Something I worry about is that I didn’t get across enough the warmth of Israelis and the Israeli government. For me it was such a strange place, but there were many times I was touched by their generosity and inclusiveness. There were a lot of incidents I could have put in to demonstrate that… but they didn’t all get in, because of the demands of narrative. How interesting is it for a reader to learn about the great gift I got at my going-away party?”

While the book contains implicit criticism of certain Israeli diplomatic practices — don’t clip your fingernails during important meetings, for example — Levey opted not to get too serious about his time as a speechwriter. “I didn’t think I had the credibility to give an insider analysis,” he said. “I thought other people could do it better. Those come out all the time, and I read them.”

Having worked in diplomacy for just one country, he doesn’t have much of a basis for comparison, he said. “For all I know, all governments work like this,” Levey said. “Although I doubt it.”