Innovation by the Sea 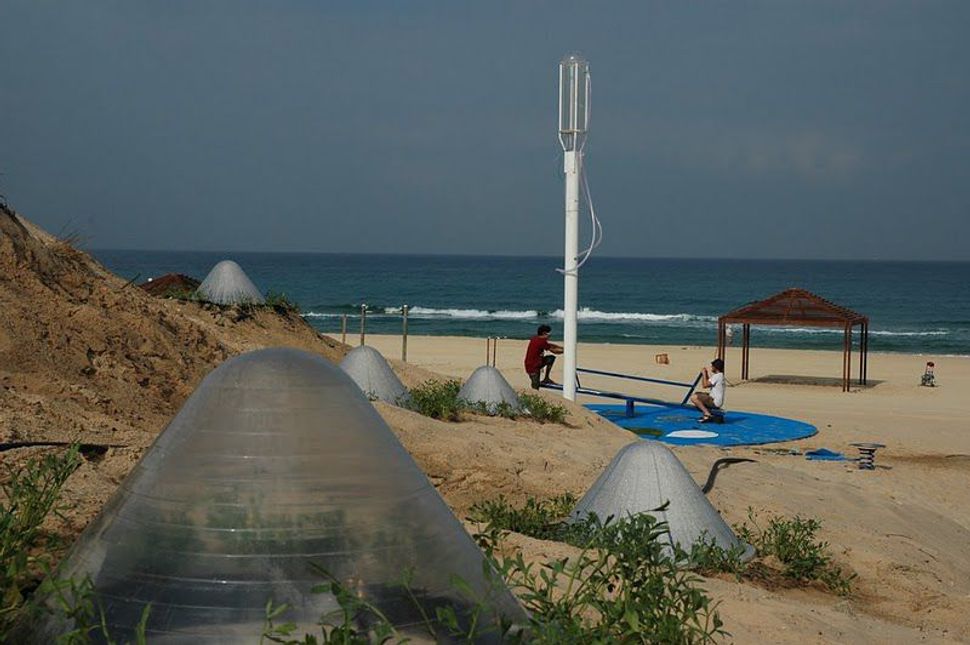 Not Just Fun and Games: Here, the energy created through children?s playground games and rides will be directed to pump groundwater. The water will be purified at the location and irrigate newly planted vegetation. One ride utilizes solar energy to desalinate seawater. Ofer Bilick and Jakub Szczesny (Photo by Tamir Zadok) Image by Tamir Zadok

It’s no secret that the densely populated Israeli city of Bat Yam has faced its share of urban problems and decay in recent years. But as “Timing 2010,” the city’s recent Biennale of Landscape Urbanism, shows, there is no shortage of ideas for transforming the city into a showcase for re-imagining Israel’s urban environments.

Sigal Barnir, a lecturer at Jerusalem’s Bezalel Academy of Art & Design and Yael Moria-Klain, a professor of landscape architecture at Haifa’s Technion – Israel Institute of Technology, curated the three-day Biennale, which was an initiative of Bat Yam Mayor Shlomi Lahiani. During the event, funded by the city, Bat Yam became home to a number of site-specific installations — some of which are seen below — that aim to beautify public spaces, as well as to enhance their functionality.

Innovation by the Sea