A Bisl Yiddish and the Years Disappear 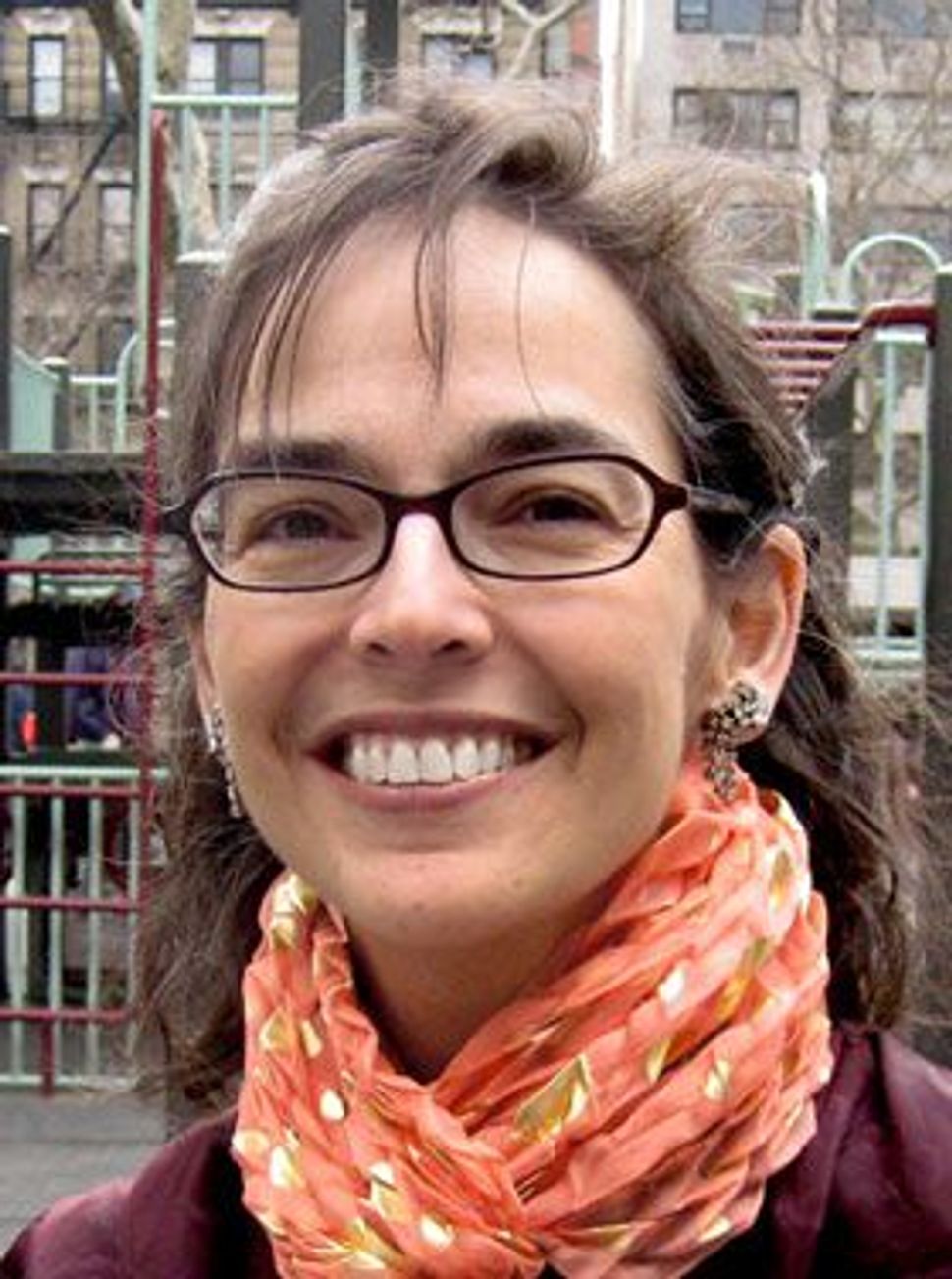 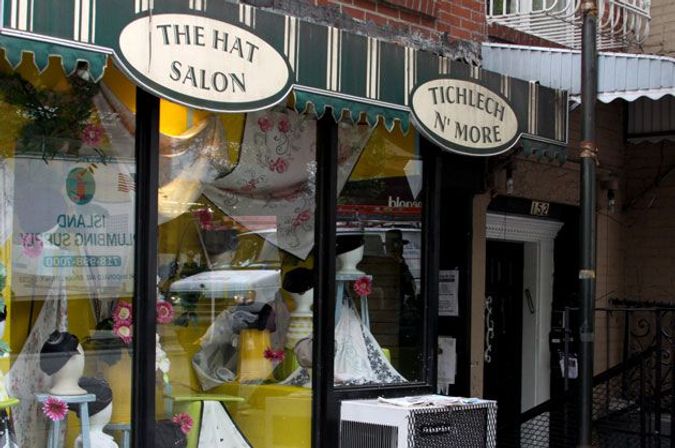 Memories: For many Jews, the sound or sight of a Yiddish word transports them back to their childhoods. Image by Shulie Seidler-feller

It’s a little like pennies from heaven, or, really, Hanukkah gelt tumbling out of the sky. You’re having a normal, adult day — work, worries, whatever — when suddenly you hear a Yiddish word. Sometimes it’s schmear or schlump. But once in a while it’s shlof (sleep) or shayne (pretty), and suddenly the timeline of life ties itself up like a kikhel (bowtie cookie) and you are back in your mother’s kitchen or the living room. 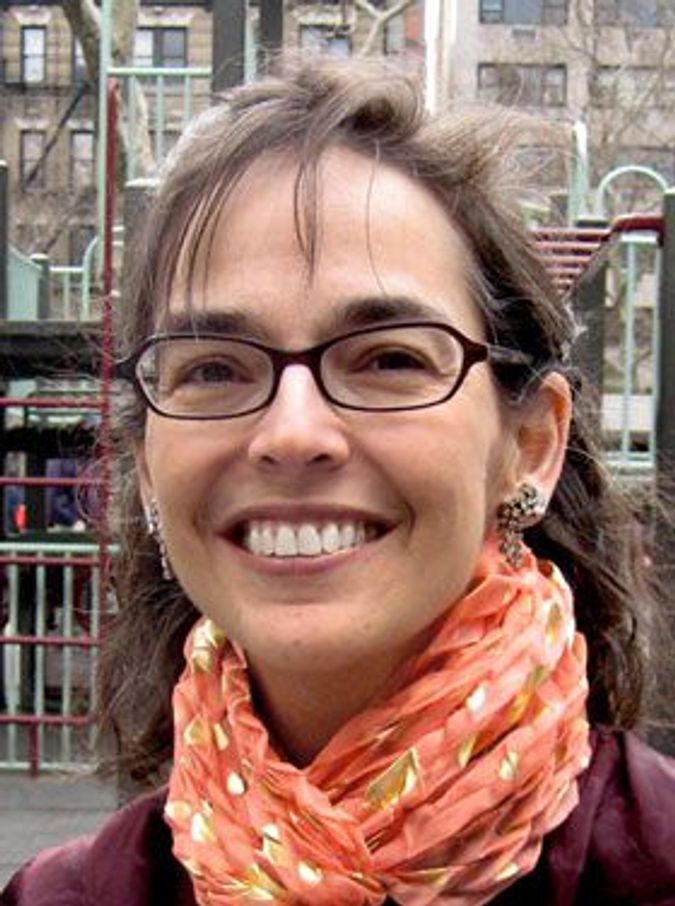 “Gey shlofn! — Go to sleep!” is the expression that whooshes back Gail Horowitz. The workaday world is replaced by “a room filled with a bunch of Jewish relatives — aunts and uncles sitting around the dining room, smoking cigarettes and cigars and drinking seltzer out of blue bottles,” the New York publicist recalled. “And when they wanted the little ones to disappear and go to bed, they would say that.” And if Horowitz begged for some seltzer first? “I could have a ‘bisl,’” she said, “a little bit.”

A bisl of Yiddish is all it takes for the memories to kick in and, for many of my middle-aged friends, that’s also all we have left. The words we remember couldn’t make a whole conversation. Some of them sneaked in with “Seinfeld” and “Coffee Talk. Some we don’t even quite know what they mean, and that was actually the plan.

“My parents spoke Yiddish when they didn’t want us to understand,” is a common complaint. As a result, the expressions that resonate are the few our elders directed at us, the kids. This explains why so many people remember “hakn a tshaynek” — literally, banging like (or on) a tea kettle — usually prefaced by, “quit,” as in: “Quit hakn a tshaynek! Quit talking so much!”

We got the idea: Shush! (Which also sounds Yiddish.)

Another instant memory unlocker: shayne punim. When not being told to be quiet or go to bed, we were generally being told we had a shayne punim — a beautiful face. This was not an expression anyone would ever associate with supermodels or Lancôme ads. It was usually said by a bubbe or zayde (yes, other key Yiddish words) about the face of a beloved child. Sometimes even a child with a beautiful face, but I’m not sure that was absolutely necessary.

“For me,” said Beth Surdut, a tallit maker in New Mexico, “the word that takes me back is ‘shmatte.’ The other day, my boyfriend’s sister was visiting, and she said she had a little shmatte for me.” What the woman meant was that she had a little T-shirt for Beth, nothing fancy. But “shmatte” shot Beth straight back to her high school hippie days, filled with Indian dresses and her mother asking, “You’re not going out in that shmatte, are you?”

She was. But look, Ma! Now she makes Jewish ceremonial garments and lokshn kugel — noodle pudding — the other term that sets her reeling.

“Say that word, and I see Bubbe Mollie in a light blue-and-white-striped house dress, stockings rolled just above her knees,” Surdut said. “My grandmother made the best kugel I’ve ever eaten. She gave me the recipe — sort of, after years of noodging [another great Yiddish word!] — which, I am told by people who don’t have to be nice, is the best they’ve ever tasted. One woman was carrying the Torah around the temple, and when she got to me, she leaned over and said: ‘Good Shabbos. I want your kugel recipe.’”

And speaking of recipes, patshki is the word Eileen Kleiman, a Manhattan mom of two, remembers best. “Like, ‘That recipe requires too much patshki-ing,’” Kleiman said (that is, too much elaborate effort).

And yet, it is just that elaborate effort that some of us now put into ensuring that at least one more generation of Jewish children will hear a bisl Yiddish while growing up.

“I have very little religion in my life, so for me, [being Jewish] is totally cultural,” said Jaxi Israel, a mom of two in Lewisburg, Pa. Her town does not boast a very big Jewish population, but her young sons know that dirt is shmuts and sweating is shvitsing and all their little doodads are tchotchkes. “I have a feeling I’m using these words more frequently than I would if I were raising kids on [Manhattan’s] Upper West Side,” Israel said. It’s her way of bringing them into the fold. “I realize I sound like a 90-year-old grandmother in Boca Raton,” but that’s precisely the point: She wants to sound like a bubbe — hers — so that her kids get the same warm experience.

“It makes me feel tender and small to hear these words again,” said Beth Harpaz, the Brooklyn-based author of “13 Is the New 18,” (Crown, 2009). Shlof and shayne are the words her dad whispered as she went to sleep.

The Yiddish we hold on to did not grow up; we did. Hearing these words from our youth aloud again is a gift from heaven — sometimes literally, as that is where so much of it has gone.

Lenore Skenazy is the founder of www.freerangekids.com and the author of “Free-Range Kids: How To Raise Safe, Self-Reliant Children (Without Going Nuts With Worry)” (Jossey-Bass, 2009).

A Bisl Yiddish and the Years Disappear