Women Athletes Are Surging Into the Limelight in Israel 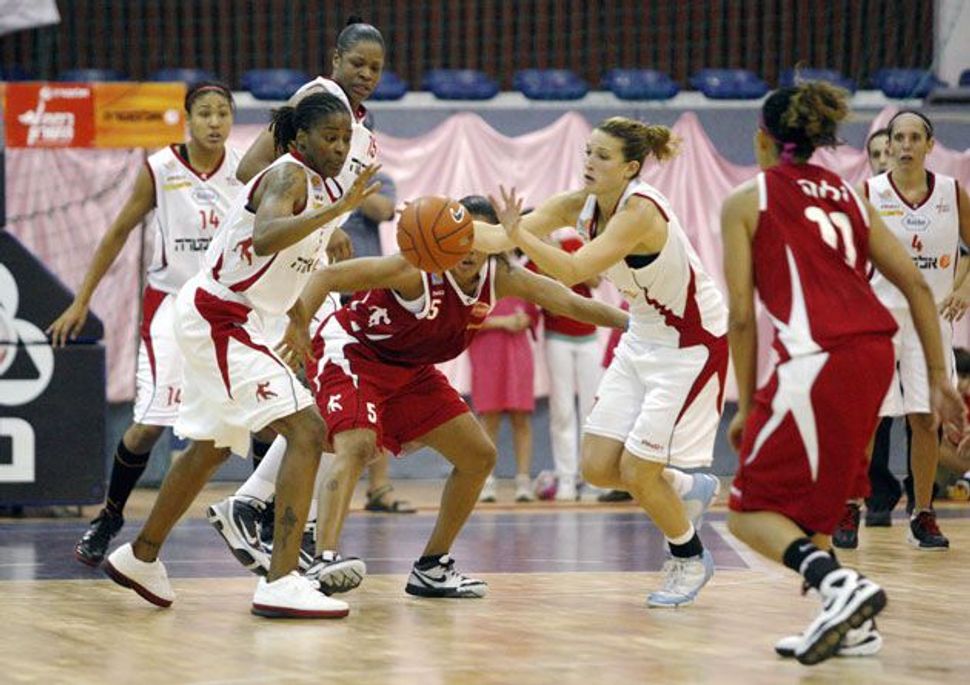 After a 39-year absence, on September 11 the Israeli women’s national volleyball team qualified for the 2011 European Championships.

The success seems to tell a story of things looking up in Israeli women’s volleyball, and in women’s sports in general. Since the allocation by the state of an extra 1 million shekels ($275,000) three years ago, the volleyball team has thrived under the leadership of one of the world’s best-respected coaches, Arie Selinger, formerly coach of the women’s team in the United States. The recent success comes, too, as historically low rates of participation by women in sports are on the increase, thanks to an injection of public funds. 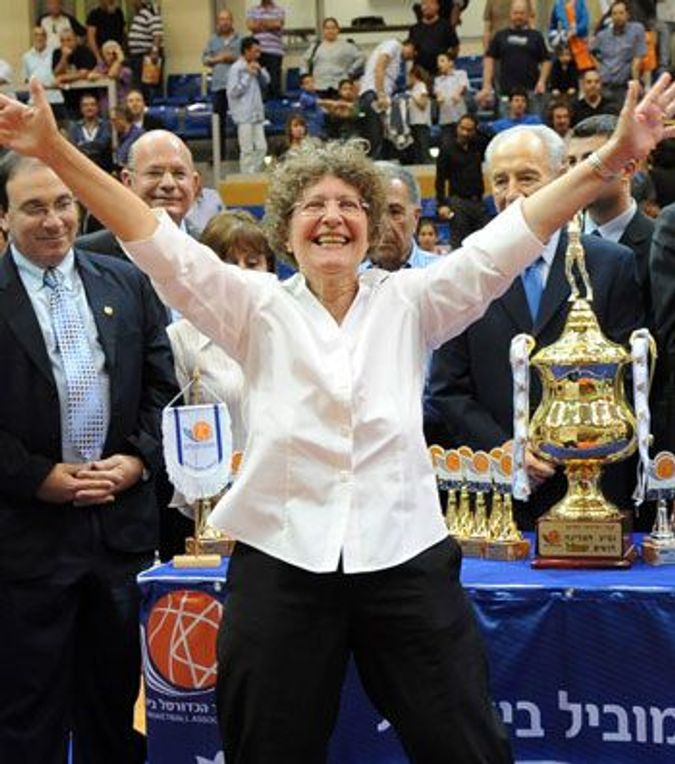 In Israel, there is no law like Title IX, the 1972 amendment to the federal civil rights act that effectively required the government to spend as much education money on girls sports as it does on boys sports. But in 2007, the government established the Council for the Advancement of Women in Sport and Athletics in Israel and allocated it 80 million shekels ($22 million) over 10 years, plus 1.8 million shekels ($500,000) a year to inject into women’s sports in a bid to get more women

competing and to change attitudes.

When the council was established, just 15% of competitive sports teams were female. In just three years, the figure has risen to 22%. “You see there is progress. Compared to 10 years ago, there is a flourishing in women’s sports in Israel,” said Haifa University lecturer Amichai Alperovich, an expert in sports policy.

As for the attitudes that the council sought to change, competitive sports in Israel has always been viewed as a man’s domain.

“The major issue is the attitude, as people think that women should be doing other things than sports, [like] taking care of

the kids and their husbands,” said Rachel Ostrowitz, chairwoman of both Lachen, an association that promotes women’s basketball, and the team Electra Ramat Hasharon, currently champions and cup holders in the top flight of Israeli women’s basketball.

Some consider the problem rooted in the country’s history. “Israel was established with people from all over the world, and not many of them came from places where women’s involvement in sports was seen well. That stuck,” said Moran Barak, professional manager of the council.

Others point to more contemporary factors. “Women’s sport in Israel has been in a bad situation for a long time — I think due to the unique place the army has in Israel,” said Ilan Tamir, Bar-Ilan University academic and expert on Israeli sport. His rationale is that the focus of physical activity among young Israelis is in preparation for the army, where it is men who mostly take the posts that require agility. This means that there is a culture of less emphasis on physical activity for girls than for boys.

Since the mid-1990s, Israeli law has insisted that public funding for sports — which comes to around $120 million a year — is allocated equally to sports teams regardless of their gender. This means that a male top-flight basketball team and a female top-flight basketball team will receive the same public funding. But sportswomen felt that this kept them stuck in a rut: Women’s sports as a whole wouldn’t receive more money until there were more women’s teams, but there was no cash to encourage the establishment of more teams.

This is where the council came in: It aims to kick-start a growth in the women’s teams, and in doing so, to guarantee more public funding in the future for women’s sport. There has been an “unbelievable improvement” in women’s sport, according to veteran athlete Shlomit Nir-Toor, surviving member of the Israeli delegation to the 1972 Munich Olympics, architect of the council and now director of the Department of Women & Sports at the Ministry of Science, Culture and Sport. She commented: “It’s not like in America, where you have the Title IX. It’s very hard for us, but it’s improving.”

Aside from increasing participation on the field and court, the women’s sports lobby has sought, with some success, to break the male dominance of the sports establishment. Teams in Israel are operated by sports associations, and in 2003 only 10% of association board members were women. In that year a law was passed mandating “fair representation” for women, which was subsequently defined as meaning that at least 30% of board members should be women — a requirement that has since been met by most associations.

Advocates have fought successfully to secure more media exposure for female athletes: Until 10 years ago, women’s basketball teams were asked on occasion to pay for the privilege of being televised; today, the national sports station, Channel 5, shows at least one women’s basketball game a week and pays for TV rights.

But not everybody is upbeat. Rina Bar Tal, director of the Israel Women’s Network, believes that while there has been “a lot of advancement,” the council “is not doing its job.” She elaborated: “The people leading it don’t have the faintest idea about women in sport. They come not from sport, but from the public realm.”

Ostrowitz claims that the council’s cash is “a very small sum to pay for all sports,” terming it “minor compared to what is needed to build something strong.”

“They keep throwing the 80 million figure at us,” she said. “[Critics say] why are we crying when there is an 80 million budget?”

Ostrowitz believes that the only way forward is to take all public funding for sport, slice it in two, and allocate half to male sport and half to female sport. “This will be a great revolution, and is not such an absurd suggestion. Equality has to be shown not just by words, but also by funds,” she said.

Women Athletes Are Surging Into the Limelight in Israel