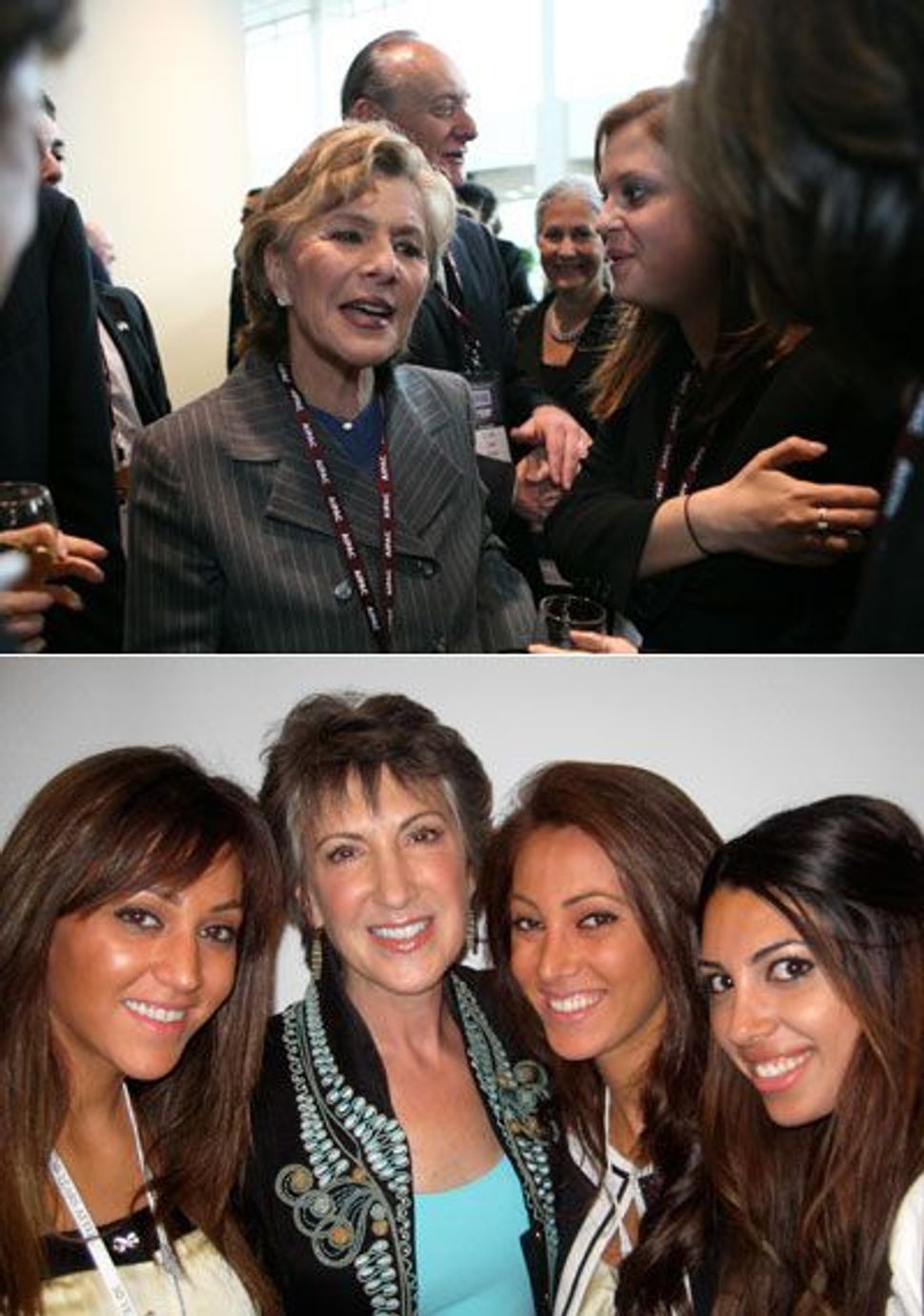 It’s a late Monday afternoon in October, Election Day looming like a thunderhead over the Mojave Desert, and John Burton, chairman of the California Democratic Party, is gruff but confident. The campaign is “going fine for the senator,” he grumbles on the phone from his Sacramento office, noting the leading position his candidate, Barbara Boxer, holds in the latest polls. Burton is pleased that the previous day’s Los Angeles Times has endorsed her for the first time ever. The fact that the San Francisco Chronicle withheld its editorial blessing from both Boxer and her Republican challenger, Carly Fiorina, fazes him not a bit. “The Chronicle is a piece of [expletive],” Burton growls. 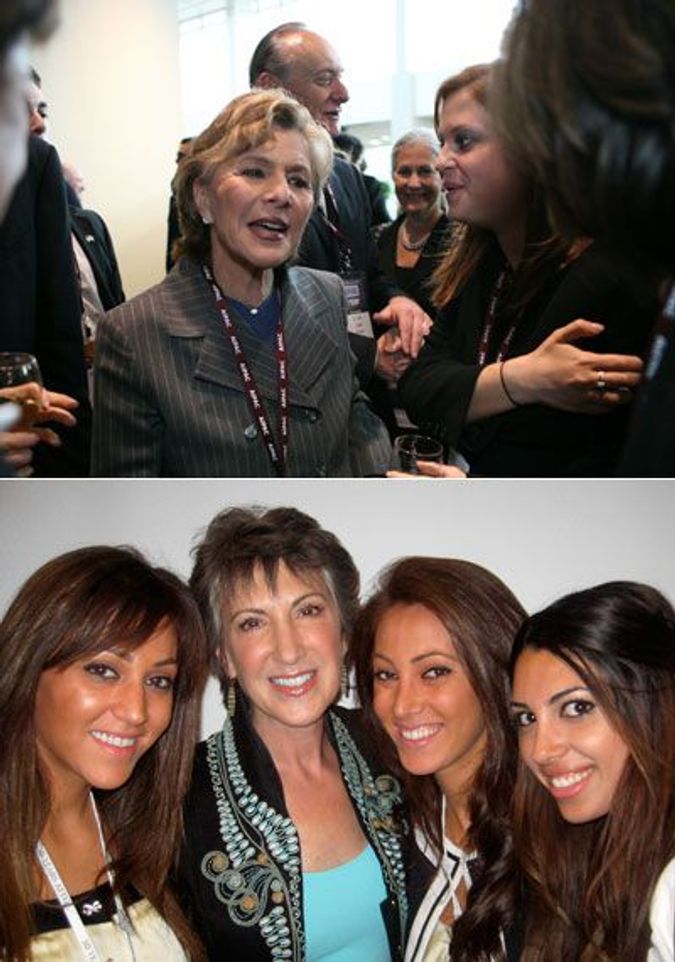 It’s been an ill-tempered campaign up and down the Golden State in a season of sour politics across the country. But the Boxer-Fiorina race, which has been called the single most important and symbolic event of the 2010 campaign, has had its own distinctly distaff flavor of crankiness. A viral video tagged Fiorina mocking Boxer’s coif as “so yesterday.” Boxer caught holy heck for kvetching at a brigadier general during a Senate hearing, instructing him to call her “Senator” instead of “Ma’am.” Each candidate aired TV spots picturing the other at her shrillest, wrinkly crone worst, adding a few more Halloween thrills and chills to autumn’s crop of trailers for the latest zombie flicks.

But for California’s Jews, perhaps the oddest part of the race has been the waves of ads directed at them that allege Boxer is weak on Israel. “Barbara Boxer remained silent as the Obama administration pressured Israel and supported Israel’s enemies,” say the ads, printed in local Jewish papers by the Republican Jewish Coalition.

So far, there is scant evidence that the ads are influencing their intended audience. “It’s like attacking Henry Waxman on that issue,” said Raphael Sonenshein, chairman of the political science department at California State University, Fullerton. His reference was to the electorally unbeatable liberal House committee chairman from Los Angeles strongly favored by Jews. Though not a leader on Israel legislation, Waxman votes regularly with the pro-Israel congressional consensus. “Nobody really questions her [Boxer] as a supporter of Israel,” Sonenshein said.

Sonenshein termed the RJC campaign “puzzling.” But it’s possible the group had other goals in mind. “Because we are highlighting these issues, membership in the Republican Jewish Coalition is growing,” the ad notes in small print near the bottom, urging those reading it to join and contribute to the organization.

In California, a lot more hangs in the balance of this race than the fortunes of the RJC. Seeking a fourth senatorial term after 28 years in Congress, Boxer, at 69, holds a key Democratic seat. Nineteen Senate seats are in play. Seven of those seats are tipped toward the red, 10 are tossups and two — including Boxer’s — are polling bluish. But Boxer faces a backlash against Washington, against Obama and the sluggish economy he can’t seem to kick-start, and the general anger that is many a testy voter’s cup of tea these days. Not to mention California’s 12.4% unemployment rate and devastated state coffers. It is only recently that she has managed to pull ahead in the polls.

That wave of dissatisfaction still could sweep Fiorina, the 56-year-old former chairman and CEO of Hewlett-Packard, to Capitol Hill on a rising tide of conservative Republicans, many of them political newcomers like herself. She’s got Sarah Palin’s endorsement. But in an environment in which the economy and fear of unemployment trump all, she’s got other problems.

One is how to explain the more than 30,000 layoffs that took place at HP under Fiorina’s command, followed by her own golden parachute of more than $40 million in severance pay and stock buybacks when she was famously fired by HP’s board in 2005.

There is also her seeming difficulty in connecting with California’s formidable ethnic blocs in a state where the Jewish, Hispanic and African-American communities bolster the Democratic vote. Texas born, raised Episcopalian and married for 25 years to a Catholic, Fiorina has said that she is an irregular churchgoer. She claims no denomination, although she says that religion plays a role in her anti-abortion stance.

Fiorina’s only apparent community tie is to unemployed techies in Silicon Valley, like herself, many chiming in on the website created by Bob Nicholson of Sunnyvale, Calif., a laid-off HP employee, to share tales of grief and woe about Fiorina’s reign at HP.

Fiorina’s attempts to bridge her ethnic gaps have been laudable — or lamentable, depending on one’s viewpoint. What other candidate has downed tequila shots, as she did at a recent Hispanic gathering, declaring, “I think every speech should begin with a shot of tequila”?

In any case, no matter how many tequila shots GOP hopefuls toss down, no more than 18% of the state’s Latino voters are registered Republican, according to a recent poll. The latest poll cosponsored by Los Angeles Times and the University of Southern California showed Boxer leading Fiorina by 38 points among registered Latino voters.

As for California’s Jews, an early Fiorina gaffe about “breaking bread” with them during the Passover holiday has already churned through the media cycle.

Over the Labor Day weekend, Fiorina and her husband, Frank (with whom she has a stepdaughter and two granddaughters), visited Israel. But her holiday departure was overshadowed by calls from detractors to answer charges that HP sold computer printers to embargoed Iran through subsidiaries while Fiorina was in charge. The GOP camp denied the charges, which were never fully detailed or tied to Fiorina. Amid the flurry of campaign attacks, this one ultimately blew away like toner from a cracked cartridge.

The visit to Eretz Yisrael was billed as a “personal trip.” But unlike most personal pilgrimages to the Holy Land, Fiorina’s was financed and arranged by the RJC and led straight to high-level meetings with President Shimon Peres, Prime Minister Benjamin Netanyahu and Knesset opposition leader Tzipi Livni. Netanyahu’s office told the Forward, “The prime minister and Fiorina discussed the Israeli and world economies and events in the region.” Netanyahu, as a representative noted, via e-mail, “believes strongly in the importance of the Israeli-American relationship being above partisan party politics. [H]e therefore makes every effort to meet with political leaders from both major parties whenever they visit Israel.”

Livni’s office stated: “The two discussed all standing issues — Israel-U.S. relations, the peace process and Iran. They also talked about the issue of women in politics.”

“Carly’s an unwavering supporter of Israel,” California GOP spokesman Brian Seitchik said. “She believes Israel is the only true democracy in the Middle East and a strong American ally.”

To that point, in response to a questionnaire from Mitz Vote, the Forward’s politics blog, Boxer stated: “I recently spearheaded a letter to Secretary of State Hillary Clinton urging her to do everything possible to facilitate direct negotiations between the Israelis and the Palestinians, while reaffirming the ‘unbreakable bonds that tie the United States and Israel together.’ I support the two-state solution.” As for demands that Israel freeze its expansion of Jewish settlements in the occupied West Bank, “This is one among many issues on the table for Israel and the Palestinians to negotiate,” she wrote. “I believe that the United States can help facilitate the peace process, but that we should not interfere or stipulate the conditions of other countries’ bilateral negotiations.”

Fiorina has yet to respond to the same questionnaire. But the RJC’s executive director, Matthew Brooks, believes in Fiorina’s support for Israel. “It’s not so much her religion,” he said — a Boxer campaign asset that Fiorina can’t match, of course — “as her stand on the issues.”

In his discussion boosting Boxer, Burton cannily dropped in a reference to her as “the former Barbara Levy.” Brooklyn born and from a large family with deep Jewish roots, the incumbent has been married to attorney Stewart Boxer for 45 years, with two children, a daughter-in-law and two grandsons. Burton stresses that Jewish voters “know where she stands” on issues concerning Israel.

A nonscientific Sunday-morning survey outside Canter’s, the landmark deli in Los Angeles’s heavily Jewish Fairfax neighborhood, revealed that of a dozen entering for breakfasts of lox and bagels, matzo brei or other specialties, 100% were voting for Boxer, many for the fourth time. When asked why, a third said they always vote a straight Democratic ticket; another third responded, “I’m Jewish!” The rest indicated a dismissive unfamiliarity with Boxer’s opponent. “You mean that other one? Forget it!” one senior woman said.

But with the Jewish community’s increasing diversity, the Ashkenazim are no longer the only game in town. A campaign spokesperson for Fiorina expressed satisfaction with her candidate’s reception at an event before an audience of 1,000 Iranian Jews.

“The Jewish vote in California is not enough to swing an election,” observed Sonenshein. “It’s more the canary in the mine. If you are losing the Jewish vote, it’s likely you’ll lose the election.”

But he sees no signs of that happening in Boxer’s case.