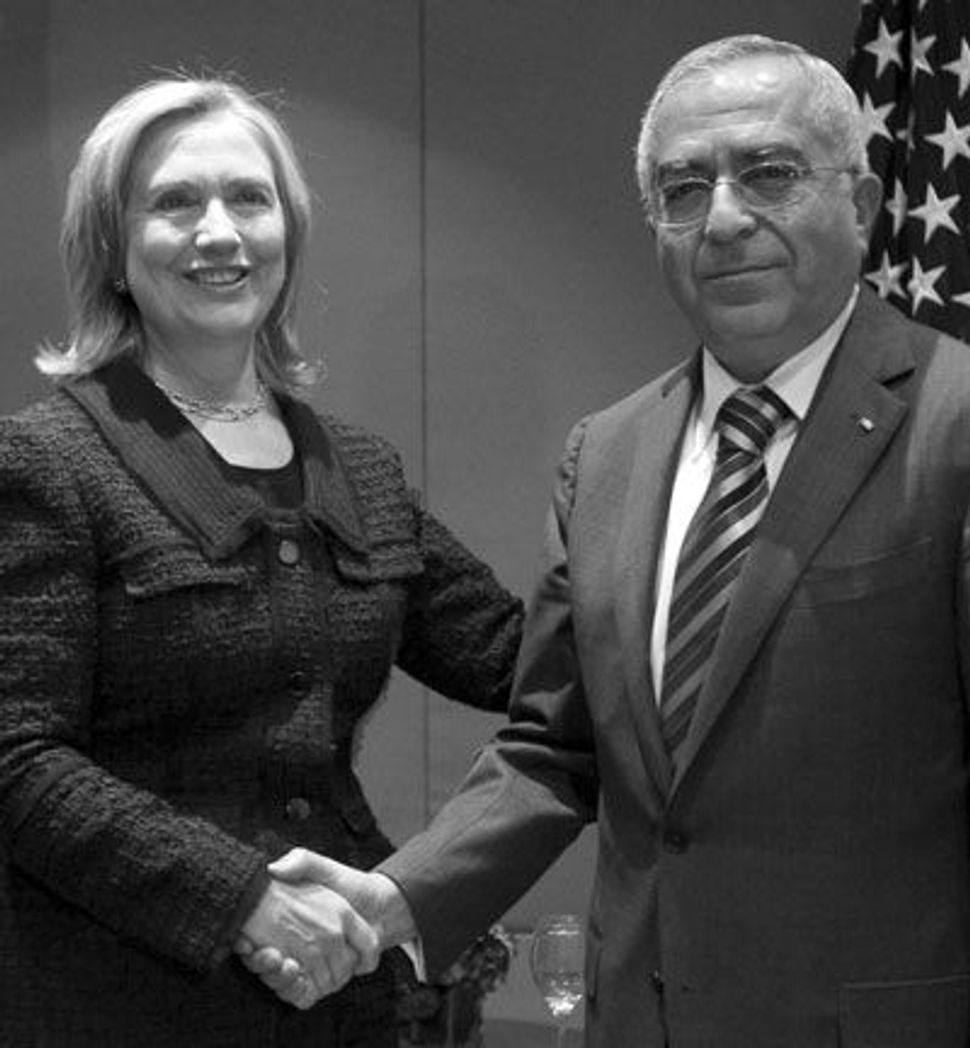 As Israelis and Palestinians continue to reject compromise on the extension of a Jewish settlements freeze on the West Bank, all eyes are turning to Washington to see what happens next. 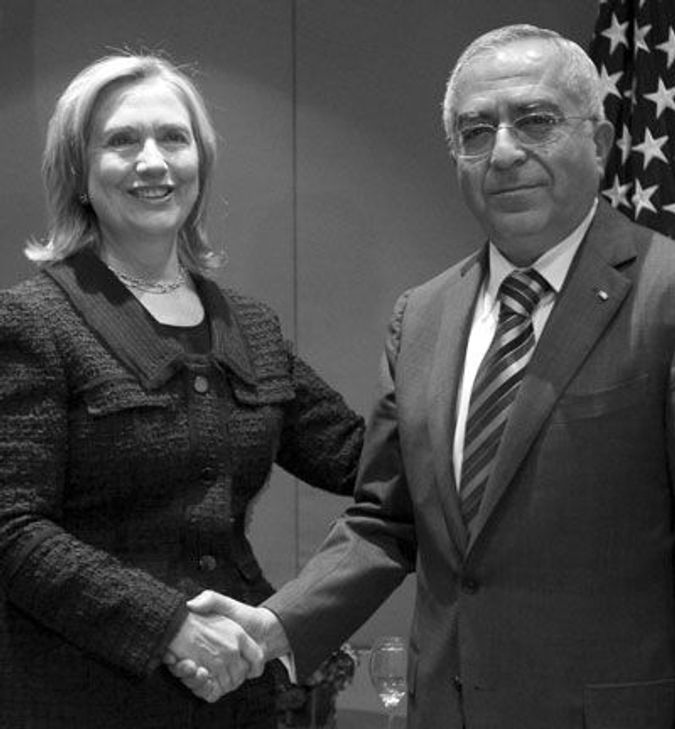 With each side digging in on its demands regarding the settlements before they will agree to resume direct negotiations, diplomats and analysts are increasingly discussing the possibility of the Obama administration issuing its own “terms of reference” for such talks. It is an act that would mark a new phase in American involvement, but would still fall short of a full-fledged Obama peace plan.

“It is clear that the metric for the administration is progress, and without a clear sense of momentum there is a high likelihood they may seek a change in course,” said Scott Lasensky, senior research associate at the U.S. Institute of Peace.

Few observers doubt that the Obama administration needs a “Plan ‘B’” in the event it is unable to restart direct talks between the two parties.

“We are at an impasse,” Oscar Fernandez-Taranco, the U.N.’s assistant secretary-general for political affairs, told a meeting of the U.N. Security Council October 18, referring to the current state of efforts to restart direct

negotiations between the sides.

Decision time is expected in early November. By then, the administration will be done with midterm election politics and ready to consider new moves meant to advance the stalled negotiations. The administration has vowed to bring the two sides to an agreement within one year.

Policy analysts and advocates have been speculating about what a U.S.-led Plan B would look like. According to several sources, one idea being discussed is presenting both sides with American “terms of reference” for negotiations. This document would not go into the details of a final status agreement, but would offer general notions the U.S. holds regarding the peace process. Issuing such a document could jump start talks and marginalize the settlement freeze dispute.

Another option, though highly unlikely right now, is putting forth a comprehensive American peace plan, an idea referred to in Washington as the “Obama plan.” Such a move would be risky at this point due to the political capital it would require the administration to spend on promoting it. It is also a scenario dreaded by Israelis.

Israel initially agreed to active U.S. involvement in the peace talks as long as it was limited to bridging proposals. But Jerusalem does not want an American peace plan put forward, an act Israelis view as inviting pressure.

Speaking to a group of Arab-American leaders on October 13, Israel’s Washington envoy, Michael Oren, stressed that there is “a big difference between a bridging proposal and an overarching comprehensive agreement.” At the meeting, organized by the S. Daniel Abraham Center for Middle East Peace, Oren explained that Israel is concerned that a U.S. plan might not meet Israel’s “vital security interests” and also lead to an imposed solution. “That’s a real fear,” Oren said, according to a transcript of the event provided by organizers.

Surprisingly, Palestinians are also cool to the idea of an American peace plan. “It is not in the Palestinians’ best interest to see an Obama plan right now,” said Ghaith al-Omari, advocacy director for the American Task Force on Palestine. Any American plan would be, at best, close to the 2000 Clinton parameters, and therefore would require concessions from both sides, he said. “It’s one thing to ask for concessions when there is momentum, but when there is no such momentum, it is hard to market the need for concessions,” he said. Al-Omari warned that a premature plan would be torpedoed by rejectionists on both sides.

Still, most experts agree that Washington will have to make a move to save the peace process from a complete collapse. But meanwhile, some are looking for short-term solutions that could ease tensions while leaders work out a political solution.

One possibility is increased emphasis on Palestinian nation building on the ground. Robert Danin, who until recently headed the office of the so-called “Quartet” — the U.S., the European Union, Russia and the U.N., which have together produced a Middle East Road Map for peace — advocated a concerted international effort to help Palestinian Prime Minister Salam Fayyad’s “bottom up” approach for establishing state institutions. “It can’t serve as a substitute for a political process,” said Danin, now a senior fellow at the Council on Foreign Relations, “but at least it is a shock absorber.”

Fayyad himself urged the administration to consider this approach during his last visit to the U.S. in September. The Palestinian prime minister asked his American counterparts, according to sources briefed on their talks, to pressure Israel to allow more Palestinian policemen in West Bank towns and villages. This move, Fayyad said, would show movement on the ground even at a time when negotiations are not making progress.

Despite the flurry of opinions and what sources close to the administration describe as intense ongoing discussions to design a new policy, some believe Obama would prefer to avoid major policy shifts and continue the current route of gently trying to push both sides back into direct talks.

But this approach has a bad track record.

Pressuring Israel, as was the policy in the early days of the Obama administration, failed to yield results. On the other hand, the U.S. was equally unsuccessful when it offered Israel a generous incentives package in return for a two-month extension of the settlement moratorium.

“The administration is running out of carrots,” said Amjad Atallah Co-Director of the Middle East Task Force at the New America Foundation. “It will be hard to take back incentives already offered to Israel, but they could try this time to add disincentives,” he suggested.