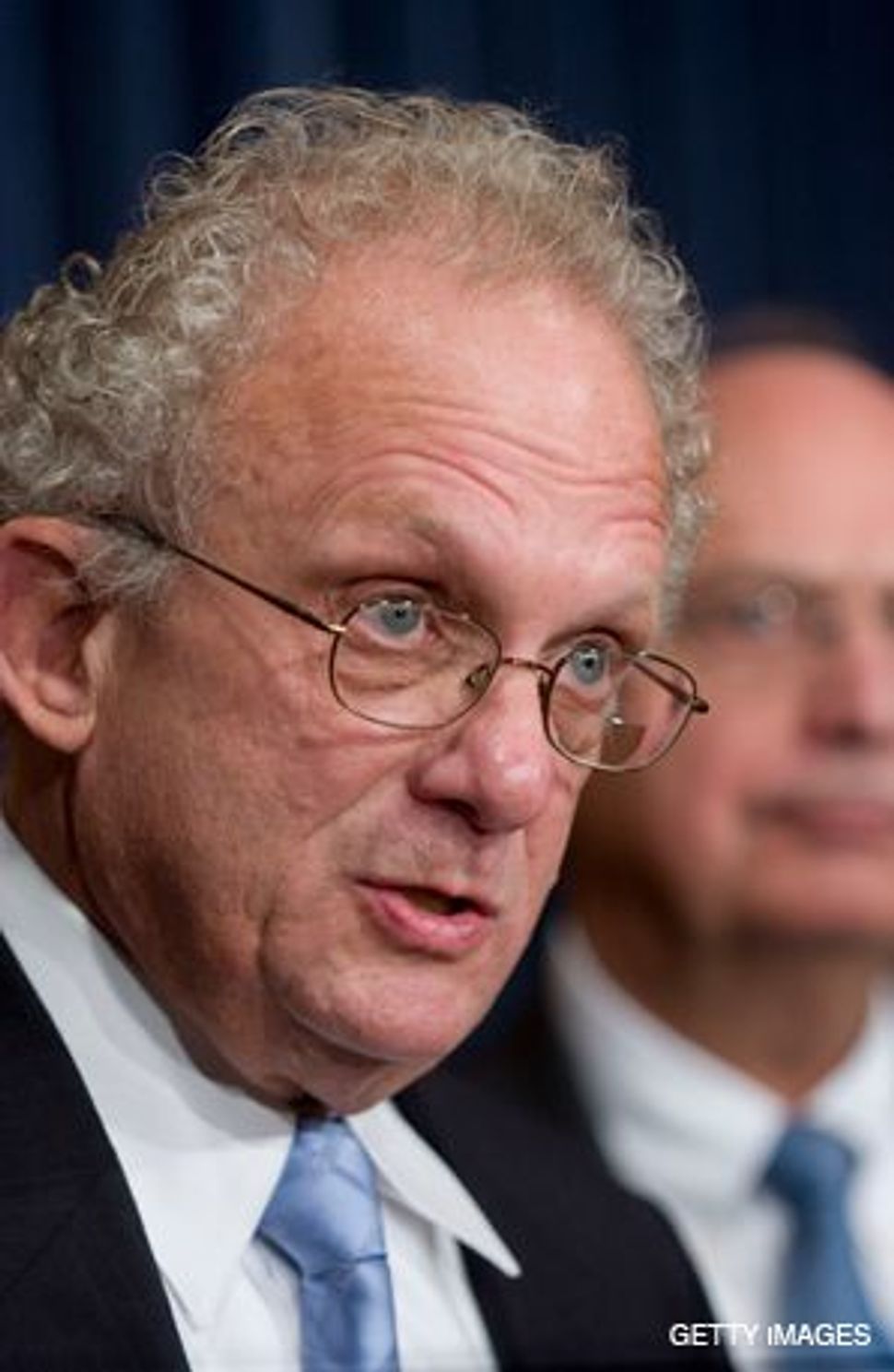 EVENHANDED: Howard Berman (above) earned kudos for the way he presided over hearings with David Petraeus.

Washington – Shortly after becoming the chairman of the House Foreign Affairs Committee last month, Rep. Howard Berman presided over the highly anticipated testimony on Iraq of David Petraeus, head of American forces in Iraq. With major television networks carrying the event live, and much of Washington tuned in to the proceedings, Berman stunned those watching by doing something rarely done by his predecessors: He spoke for just five minutes before ceding the floor. 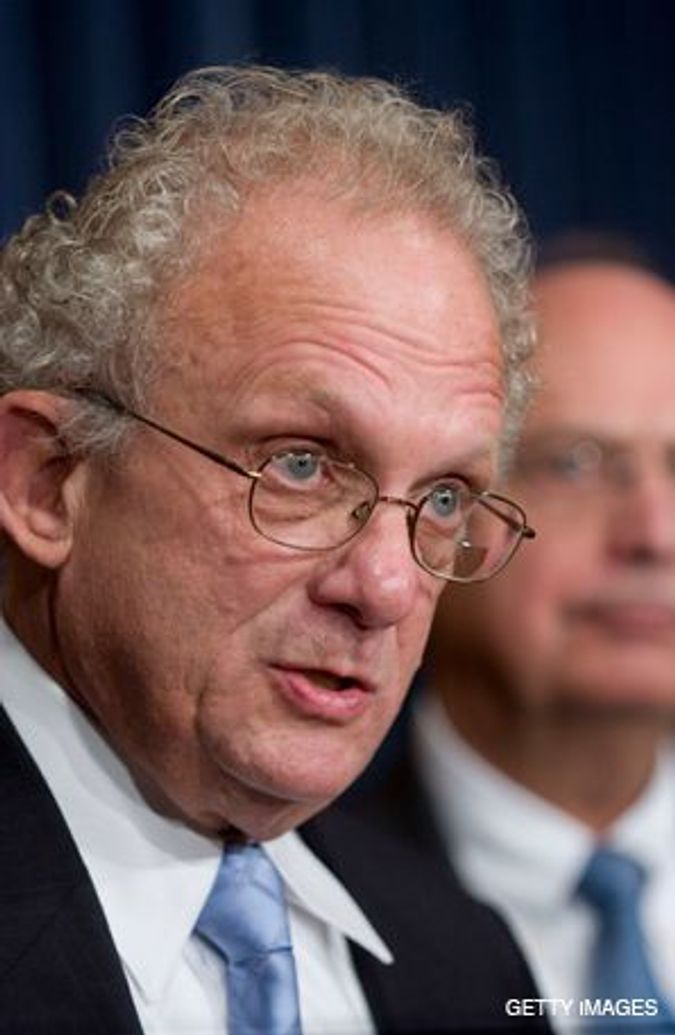 EVENHANDED: Howard Berman (above) earned kudos for the way he presided over hearings with David Petraeus.

“This is really unprecedented” said one congressional staffer, who could not recall another hearing at which a committee chairman limited his or her own valuable time in the spotlight. “That shows you how fair he is.”

The evenhandedness that Berman, 67, is perceived to bring to the job has earned him praise from both parties, a rare honor in the highly partisan atmosphere that has pervaded Congress in recent years. Berman, who was elected chairman of the Foreign Affairs Committee last month after the passing of fellow California Democrat Tom Lantos, is by most accounts a diametric opposite to his passionate and often fiery predecessor.

A close look at Berman’s record, however, reveals that on policy there is little substantive difference in their views. Like the late Lantos, Berman is a staunch supporter of Israel, a cautious backer of the peace process and a harsh critic of the Bush administration’s foreign policy, particularly when it comes to the Middle East.

As with Lantos, Berman’s Jewish background was central to his getting involved with foreign policy issues. Indeed, earlier this month he told the Forward that an interest in the Jewish state was one of the main reasons he first sought a seat on the committee.

“Even before I was a Democrat, I was a Zionist,” Berman said.

Last week, Berman took on the issue of aid to Israel in a letter he sent to Republican presidential candidate John McCain. Berman blasted McCain for his promise to veto any bill that includes earmarks, since one of those earmarked bills is the annual aid package to Israel. “Senator McCain may be trying to please certain parts of the electorate by promising to cut pork-barrel spending, but he needs to learn to distinguish pork from indispensable security programs,” Berman wrote.

Representing California’s 28th district in Los Angeles’s San Fernando Valley, Berman made his mark by fighting for the interests of the film industry, earning him the nickname “the congressman from Hollywood.” By the early 1990s he had earned a reputation as a political heavyweight, leading a successful congressional re-districting effort in California and becoming an ally of Nancy Pelosi, now the speaker of the House.

As chair of the House Foreign Affairs Committee, Berman will face the tough task of increasing congressional influence on foreign policy, which has traditionally been the purview of the White House. He is particularly keen on getting the House more involved in Iran-related issues, an area where the California Democrat believes the Bush administration’s policy has failed.

“So far, the administration’s approach isn’t working,” Berman said. “I believe there is a level of sanctions and economic pressure which could change Iranian behavior, and we are far from getting there.”

Berman’s critical view of the administration’s Iran policy differs little from that of Lantos, who passed away in February. In 2007, the late congressman authored legislation demanding strict implementation of sanctions against Iran and banning any administration attempts to waive sanctions. The White House continues to oppose Lantos’s measure and to demand that waiver privileges be returned to the legislation.

While Berman defines himself as a liberal, on Middle East issues he is perceived by a broad swath of Jewish communal officials to be firmly in the mainstream.

“I have known Congressman Berman for many years, and I am continually impressed by his personal commitment to strengthening the bond between the United States and Israel,” said Larry Weinberg, a board member of the American Israel Public Affairs Committee. “He is not only a leader on our issues, but he is a friend to many in the pro-Israel community.”

An official with a dovish pro-Israel group was similarly pleased with Berman’s work on Middle East issues, saying the congressman is always open to hearing views and opinions of the peace camp.

“He is a mensch,” the official said.

Berman said he does not believe that now is an opportune time to pressure Israel into making concessions toward the Palestinians. He blamed the Bush administration for pushing Palestinians into elections in 2006 that led to the rise of Hamas. Together with New York Rep. Gary Ackerman, who chairs the House Subcommittee on the Middle East, Berman sent a last-minute April 15 plea to former president Jimmy Carter, asking him to cancel his planned meeting with Hamas leader Khaled Meshal in Damascus.

An Arab diplomat in Washington also described the new chairman as being an “honest guy.” The diplomat noted that although Berman has consistently taken a pro-Israeli view, he was not blind to Palestinian requests for increased American aid in order to strengthen the moderate Palestinian leadership. A longtime staffer on the committee said that in his personal views, Berman “is probably more dovish” than the late Lantos, but that such views have not steered him away from the pro-Israel mainstream.

Several Capitol Hill insiders contacted by the Forward said that Berman stands out for his willingness to listen and learn about Middle East issues. While many lawmakers come to speak at the Washington Institute for Near East Policy’s annual fall seminar, he is the only one who sits through three days of discussions and presentations, even when he is not a speaker.

“He doesn’t only come to give his speech and to shmooze,” said a participant in the one of the institute’s fall seminars, “he actually listens and takes notes.”